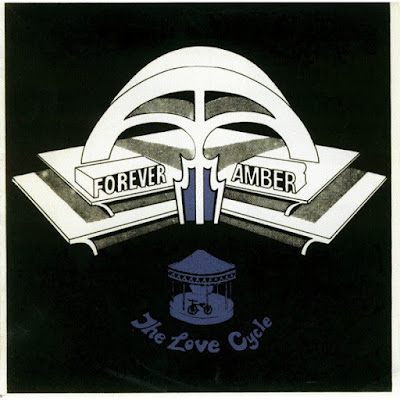 If ever there was a place on the map where I could put down a finger, and say, “This is the place where Lo-Fi began …,” it would be here, with Love Cycle. Bands like Real Estate, Teenage Fan Club, Beach House, and even the wonderfully lush Citay owe all they are to this imaginative group who took their name from the steamy pulp novel by Kathleen Winsor.
Actually the backstory is as, if not more interesting that the music itself, with the recording of this overstocked album being one that took place over a nineteen hour session at Studio Sound, a do-it-yourself factory, where if you had the money, you could record for as long as you wanted. Yes, because of this self production the music does suffer without a producer, but for my way of thinking, that element just makes it all the richer and enticing, being that the music is exactly what the lads heard in their heads. Now with tapes in hand, Country Cousins (the band’s original name) created only vinyl 99 copies of this gem in order to save taxes, making this bit of wax a collector’s dream from the get-go.
The album’s always been filed under the genre of psychedelia, when in reality it’s just comprised of short great British pop songs that reflect the spirit of the times, heavy on the organ and with some guitar feedback laced with wah-wah, sounding like the great Al Kooper, Steven Stills, Mike Bloomfield album Super Session had never been off their turntable. Their best material lays in tracks such as “Going Away Again,” or “A Chance To Be Free,” that sound like long lost Mama’s & Papa’s recordings, filled with harmonies and bouncing rhythms that move along at a steady rolling pace, perfect for all that 1969 was about. 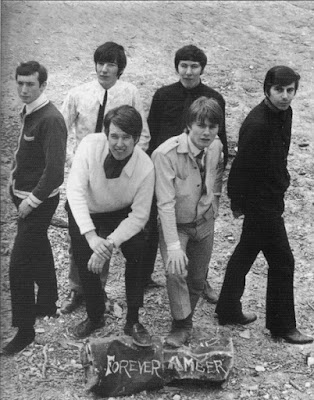 All and all, the songs are beholding to what was floating in the air that spectacular year, drawing on elements of everything that touched their ears.While ‘greatness’ may not be the first word that comes to mind, as the songs were varied and often inconsistent, with fresh ears and with revisionist history, Love Cycle beam like a strobing light that’s shined on too many faces to be ignored, too many faces who today are traveling down this same path, who may never have known these lovely sounds existed.
– Jenell Kesler
© Copyright http://www.psychedelicbabymag.com/2018
Forever AmberFrom The VaultJenell KeslerReviews