Psychedelic Yoga: A Story of American Mental Health in the 1960s

Psychedelic Yoga: A Story of American Mental Health in the 1960s 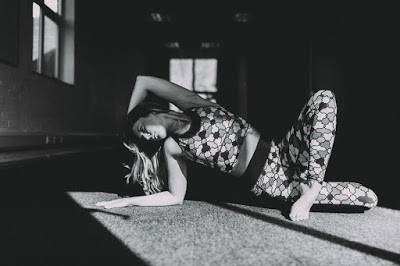 Psychedelic Yoga: A Story of American Mental Health in the 1960s
By Lucas Richert & Matthew DeCloedt
This is a short article about Supple bodies, healthy minds: yoga, psychedelics and American mental health, published in Medical Humanities.
Read the full article here
**
Americans were receptive to new thinking and practices in the 1960s. A human rights movement overtook the country and larger parts of the world. At the same time, all types of isms arose: ecologism, conservationism, vegetarianism, veganism. Of course, there was also holism. These ideas were of course accompanied by growing anti-war sentiments, civil and women’s rights campaigns, and widespread uncertainty about the future.
The famous psychologist Abraham Maslow, who came up with the hierarchy of needs, suggested Americans were adrift in a post-modern world: “We’re stuck now in our own culture…stuck in a silly world which makes all sorts of unnecessary problems.”

**
Yoga and psychedelics grew against this backdrop. And 1968 was certainly an important year. Indeed, so much was happening fifty years ago in the realm of anti-psychiatry, diagnostics, and the politics of mind and drugs.
Amid such change, Americans saw yoga and psychedelic drugs as equally valid routes to spiritual fulfilment and mental health. As the San Francisco Oracle put it in 1965: “Yoga and psychedelics. Different means, same end.” Supple bodies were related to healthy minds. Many felt that tripping out and artful poses led to new perspectives. Eastern religion, experimentation with yoga, and psychedelics all seemed suitable alternatives to American capitalism, conservatism, militarism, racism, violence, and the prospect of nuclear war. Experimentation also seemed a useful substitute for existing mental health strategies.
At the same time, purely positive accounts of mental health services gave way to increasingly critical approaches. R.D. Laing and Thomas Szasz questioned psychiatric practice and thinking. Others, too, felt that “American psychiatry seems to be in a state of confusion” and psychiatrists themselves had become ever more “skeptical.” People were looking for answers, for transformation. A mixture of yoga and psychedelics was the solution for some.
**
Psychedelics, between the 1940s and 1970s, seemed like the next frontier in psychiatry and self-awareness. Research and experimentation flourished. LSD, in particular, “spawned a global interest in the cross-cultural dimensions of hallucinogens.” Many researchers working in the mental health field expected to produce a “wonder drug.” Yet, the fusion of psychedelics and yoga was also driven by various personalities and organizations.
For instance, the famous Esalen Institute, near Big Sur, California, was founded in 1962 by Stanford graduates Michael Murphy and Richard Price. Murphy was apparently inspired to found Esalen by Sri Aurobindo, an Indian philosopher and yogi. Richard Alpert (later Ram Dass), similarly, was able to take a transformative trip to India, where he immersed himself in Hinduism, Buddhism, meditation, and yoga. He combined these perspectives with his psychedelic research, investigating the intersection of drugs with spirituality. Alpert viewed psychedelics, especially LSD, as one of the “sacraments” of the countercultural movement.
Then there was Stanislav Grof, a psychiatrist, psychedelic researcher, and one-time scholar at the Esalen Institute. In a feature piece for Yoga Journal in 1985, Grof recalled how he had mined Eastern thinking to supplement orthodox medical therapies.
**
Not surprisingly, the response wasn’t entirely positive. And pushback to the blending of yoga and drugs centred on arguments about the cultural appropriation of Eastern spiritual language and metaphors. Yoga gurus with “large American followings” regularly “dismissed psychedelics…and frowned on any mingling of drugs and discipline.”
Why? Indian yogis had long valued altered states of consciousness, but some felt that drug-related experiences had the potential to be trivial regarding dharma. Worse still, the trips might even be dangerous. Meher Baba, a Sufi spiritual teacher in India, was a noteworthy opponent of yoga/psychedelic practices. In 1966, he penned the antipsychedelic article “God in a Pill?” and described LSD, mescaline, and psilocybin-fueled “spiritual” experiences as “superficial.” Psychedelics were “positively harmful” for the spirit, according to Baba, and he believed such substances should only be used “when prescribed by a professional medical practitioner.”
Mental health treatments and drug-induced ecstasy were not to be used for spiritual ends. Baba, nevertheless, repackaged his own brand of enlightenment as a “substitute gratification for psychedelic trips.” Using the language of the counterculture, his yogic poses acted as surrogate pills, enhancing practitioners’ “self-insight” while offering “consciousness expansion.” These thoughts had a lasting impact on popular culture’s conception of yoga and drugs.
**
Seeing Grof in Yoga Journal wasn’t surprising. Other mental health professionals featured in its pages, including Arthur Janov (creator of Primal Scream Therapy), Abraham Maslow (mentioned earlier), and R.D. Laing.
In the late 1980s and early 1990s, the Yoga Journal published a series of retrospective articles on the 1960s’ preoccupation with altered states of consciousness. An emphasis on psychedelics immediately jumped out, and this reflected the deeply embedded role such substances had in American yoga culture.
One article, for example, relayed how the trippers and yogis of the era had rediscovered “ancient knowledge about the potentials of the human mind.” Americans’ journey deep into Eastern religion was an attempt to break the “consensus trance” that dominated “normal” life. The meeting of psychedelics and yoga, according to this perspective, was simply a natural reaction. Drugs were a useful tool, but not the only one. 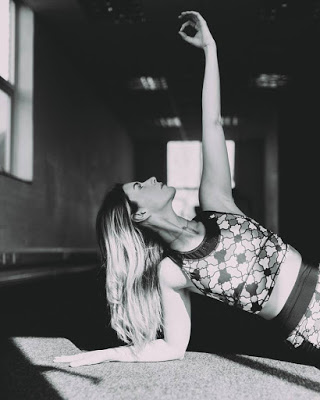 **
Eastern and countercultural ideas about health, religion, and freedom challenged orthodox thinking in the 1960s. Radical therapies, psychedelic drugs, and ancient practices like yoga and meditation, promoted by Indian gurus and Western academics, became integral parts of American spiritual and cultural life. It was a transformative period. Even if the more grandiose designs of the countercultural movement were not realized, the U.S. opened up as a result of the experimentation. “Some of it is flaky openness, being open to nonsense,” one commentator put it, “but a lot of it is a good openness.”
Finally, health outcomes have certainly influenced the rise of yoga in the U.S., but spirituality has driven growth as well. From the early years of psychedelic research in the 1950s and 1960s to the YouTube gurus of the 2010s, Americans, we can say, have sought spiritual sustenance by dropping onto yoga mats and taking acid. As Wilson Van Dusen, psychologist, Buddhist, and former LSD user, explained: “Personally, if enlightenment could be obtained by sitting in cow dung with ashes on my head I would do it.” Many Americans, fed up with life as they knew it, joined him in this pursuit.
When the guru Rajneesh, famous for his collection of Rolls-Royce automobiles, moved hundreds, then thousands, of his followers from India to rural Oregon to establish a utopian community in the early 1980s he set off a conflict between conservative Americans and New-Agers. A fear of hippies and foreign lifestyles created palpable tension, fuelled a fascination with cults, and captured the imagination of the national media. The resultant standoff was nothing new.
In a 2016 study, over 31 million American adults reported having practiced yoga at some point in their lives. Linked to many health benefits, yoga purportedly enhances the mind and body. Doctors have prescribed it for natural healing, clinical psychologists use it for depression, and a variety of organizations use it for economic, learning, and healthcare purposes. Ashtanga, Bikram, Hatha, Iyengar, and Vinyasa have become household terms for many Americans.
But there’s a deeper, trippier story about the healthfulness of yoga in the United States. It’s about drugs and religion, mental health, and fitness and culture. It’s about the 1960s, the counterculture, and the alternative health movement. This history helps us understand the current role of yoga in American life as well as the return psychedelics as a mental health treatment.
**
Lucas Richert teaches in the Faculty of Humanities and Social Sciences, University of Strathclyde, Glasgow, UK. Matthew Decloedt is an LLM student at Central European University, Budapest, Hungary.
Further Reading
Daniel Bell, “Religion in the Sixties,” Social Research 38, no. 3 (1971), 488-489.
Edward Hoffman, “Abraham Maslow, Transpersonal Pioneer,” Yoga Journal 81, July/August 1988, 107.
Douglas Osto, Altered States: Buddhism and Psychedelic Spirituality in America (New York: Columbia University Press, 2016).
Lucas Richert, “1968 – Psychiatry in Transition,” British Journal of Psychiatry 212, no. 2 (2018): 121.
Thomas Robbins, “Eastern Mysticism and the Resocialization of Drug Users: The Meher Baba Cult,” Journal for the Scientific Study of Religion 8, no. 2 (1969), 310 (308-317).
Lawrence Samuel, Shrink: A Cultural History of Psychoanalysis in America (Lincoln: University of Nebraska Press, 2013).
Ben Sessa, The Psychedelic Renaissance: Reassessing the Role of Psychedelic Drugs in 21st Century Psychiatry and Society (London: Muswell Hill Press, 2012).
Stefanie Syman, The Subtle Body: The Story of Yoga in America (New York: Farrar, Straus and Giroux, 2011).
Wilson Van Dusen, “LSD and the Enlightenment of Zen,” Psychologia 4 (1961), 15 (11-16).
Photographer: Morgan Scott
Model: Kiri Rayner @LittleHealthBunny – Yoga Instructor
– Lucas Richert & Matthew DeCloedt
ArticlesLucas RichertMatthew DeCloedt