Who’s in Hibushibire and what do you all play? Have you all made any changes to the lineup since you started or is this the original lineup?

Hello, this is Changchang leader of the Hibushibire. I am guitarist, vocalist and play electronics etc.. in this band. Other members are 821 (Hani/Bass, chorus, Theremin, etc..) and Ryu Matsumoto (Drums) in the present lineup of Hibushibire. We were once a four-piece band, including another guitarist, who suddenly disappeared (haha). After the original drummer left the band, the present lineup got together.

My father’s home was a temple, and my grandfather was the chief priest. I remember I often heard the sound of chanting Buddhist sutra and Buddhist bell. Also, I liked the song and sound in “Tokusatsu” TV shows like Kamen Rider and Ultraman.

When we originally met, I was doing solo drone performances and playing bass in the psych rock band “Higashi Hiroshi Unit. 821 was previously in experimental duo called “Sarry,” among other bands. Ryu Matsumoto, was playing drums in a progressive jazz rock band “Haizara” and he was famous for his drum technique. The scene in Kobe is very closely connected with our history. Seven or eight years after we first met each other, a friend of mine invited me to play in jam band in Osaka. 821 was playing bass in the band, so then I got to know him better. That band broke up after just a few years, so I formed a new band with 821. After several changes, Ryu Matsumoto joined us three years ago. He was one of high-regraded technical drummers around here, so both 821 and I sent him a strong offer to join us, and now here we are.

Would you tell us a few words about your background, who you are and how did you first got interested in music?

When I was in junior high, I watched the video of Deep Purple’s live performance at Queen Elizabeth Hall at my friend’s house. His senior brother had the video. It was the first experience I got excited with rock music, and that is still one of my favorite live videos. I got interested in a kind of music that was different from the pop music, which everyone around me was listening to. So, I was a boy who went alone to record stores, got some records, and listened to them in my room, grinning to myself.

At first, I thought I had no talent for playing guitar, because I was clumsy and unskillful. Most of you once tried to play guitar in your school days, didn’t you?

I was not like that. I was not interested to play the guitar. I never touched a guitar.

However, I suddenly had a desire to play, when I was around 19. So, I got a guitar and started playing. At the same time, I decided to start my own music.

What does the name “Hibushibire” refer to in the context of the band name? Who came up with and how did you go about choosing it? 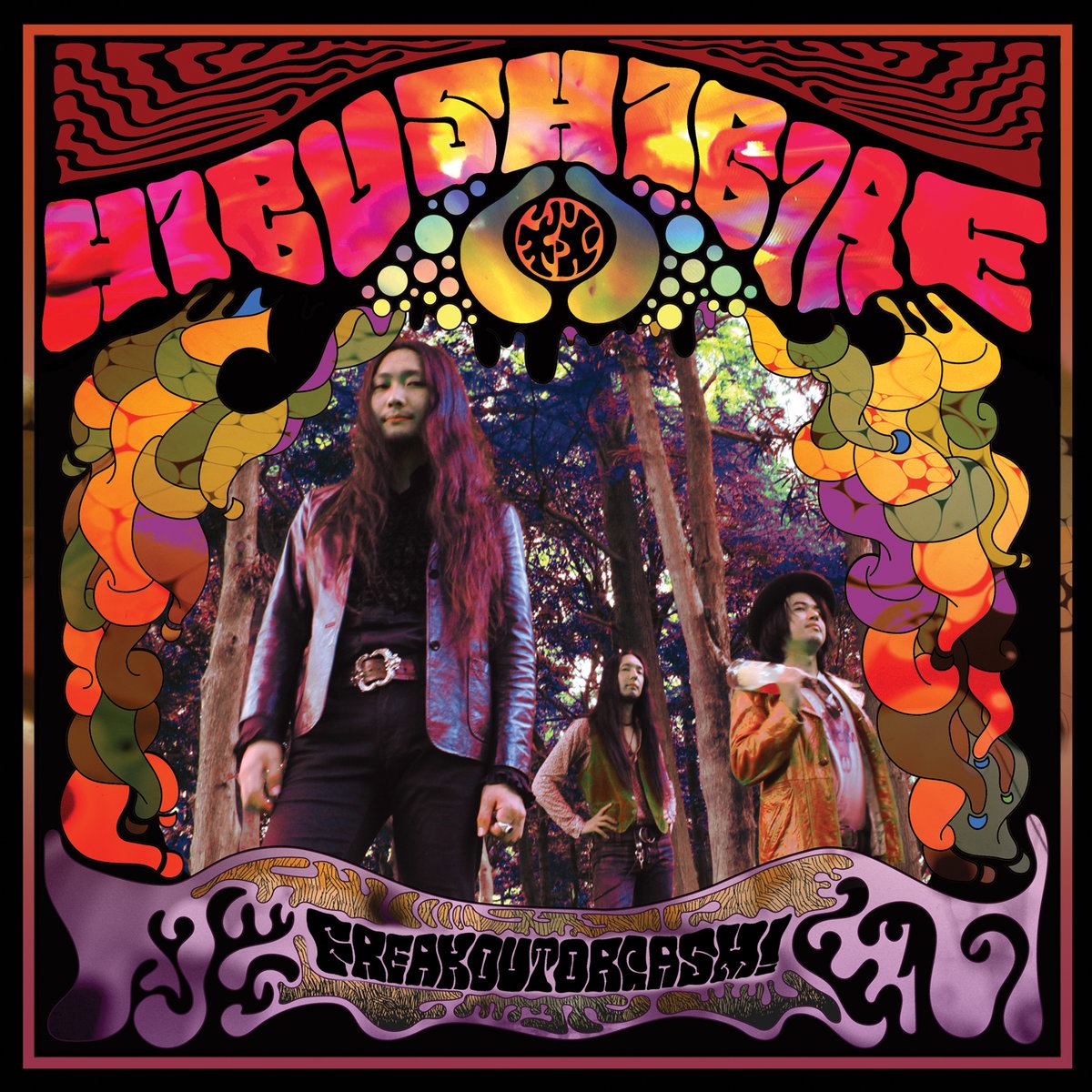 I make a riff or an idea of a song. I tell the members about it, and we compose a song through jam sessions.

Can you share some further details how your latest album Freak Out Orgasm! was recorded and released?

We once had a recording, when we were a four-piece band. (The recorded material got rejected, as some of the members left the band.) That recording was also directed by Makoto Kawabata (Acid Mothers Temple). He advised us to start the recording again when the present lineup got ready. Then, we could complete the recording of Freak Out Orgasm!. He has a rule in recording: every song must be recorded in two takes. If we cannot get the right sound within two takes, the song will get rejected. It was really rock-style recording. This style gave us a good sense of tension, so we completed the basic track recording in a day. We had some overdub, and then did the mixing and mastering at the temple where Mr. Kawabata lives. I believe this experience will help us make new recorded works. 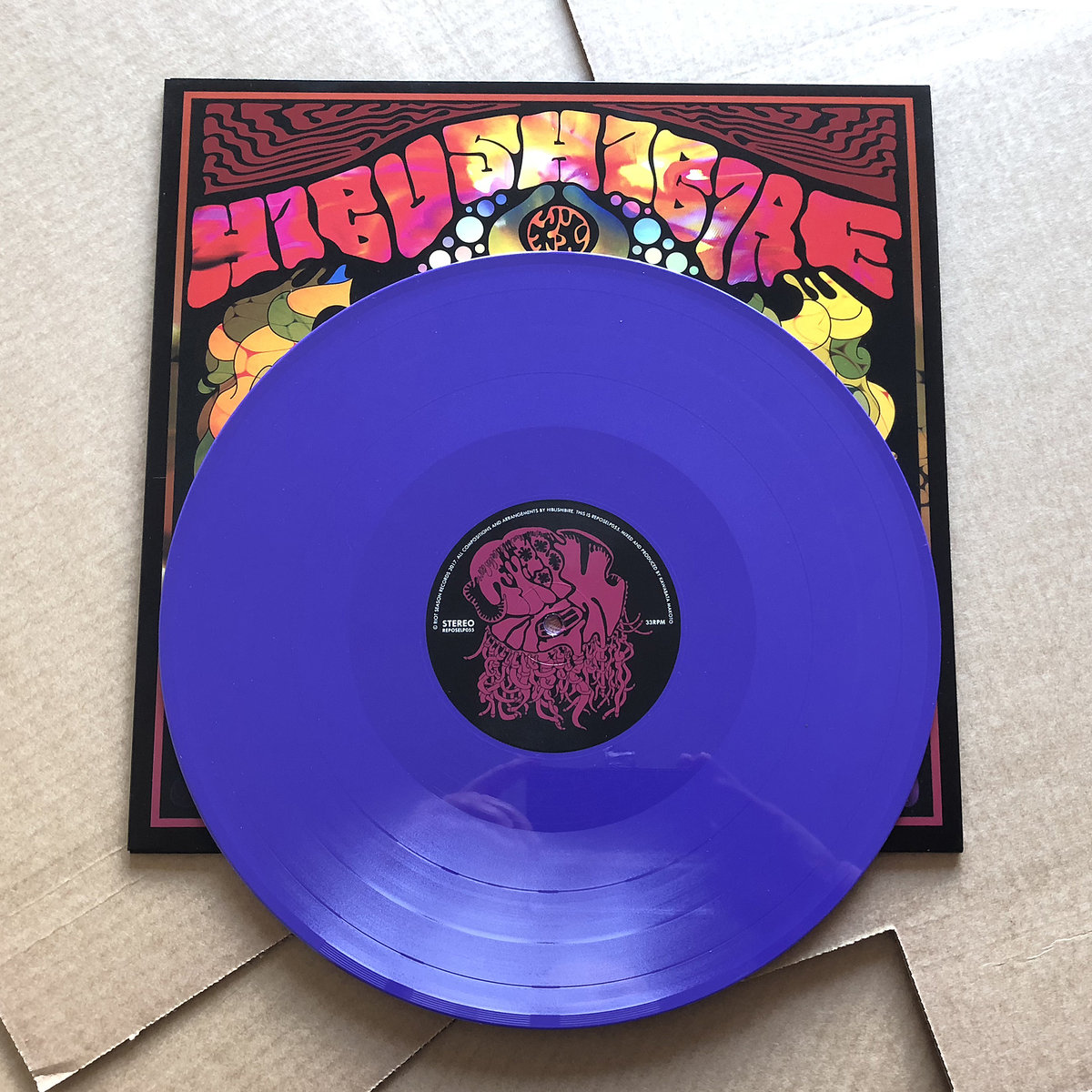 Thinking about the release, we sent demos of the completed material to some labels in America and Europe. Riot Season sent us back in a day and offered to release the album. That’s how we got to the release.

We use some software on computer, but we want to make it sound like analog as much as possible. We want the extreme and strange impression, or such atmosphere, that we can find in the music in the late sixties and early seventies (especially in rock and contemporary music).

My wife is. She also likes psychedelic art, so she and I exchanged opinions for the design. A liquid artist, “liquidniupil”, let us use his liquid art materials.

The followings are the cool bands that we have played with at our local venue:
UP-TIGHT (from Shizuoka)
Paralympics (from Kobe)
Green Milk from the Planet Orange (from Tokyo)
サイケ奉行 Psyche Bugyo (from Osaka)
ぐうたら狂 Guutara Kyo (from Kobe) 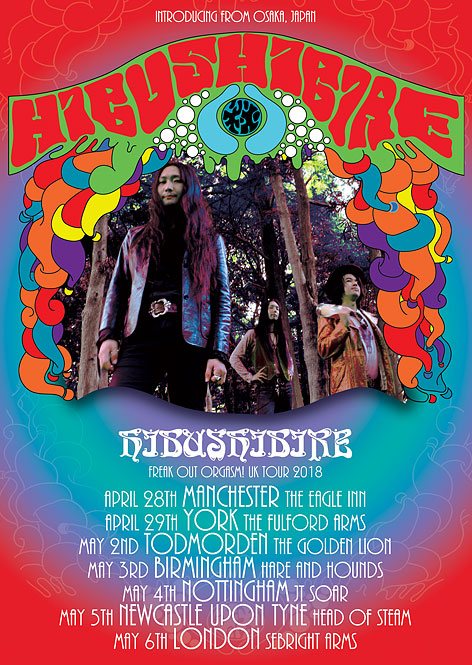 We were on UK tour from 28th April to 6th May. It was very exciting! Now we have started the production of the 2nd album.

These are my favourite albums:

I have found this lately:

Greek traditional music researchers got together to produce this work. On the first listening, it blew my mind. I had not had such strong impression since I first listened to Amon Düül – Psychedelic Underground or Captain Beefheart – Trout Mask Replica, though they are in different genre and have different sounds. The voice and sound are so mystic and primitive, filled with primitive energy. That gave me a deep impression. The design of the sleeve is so cool as well!! 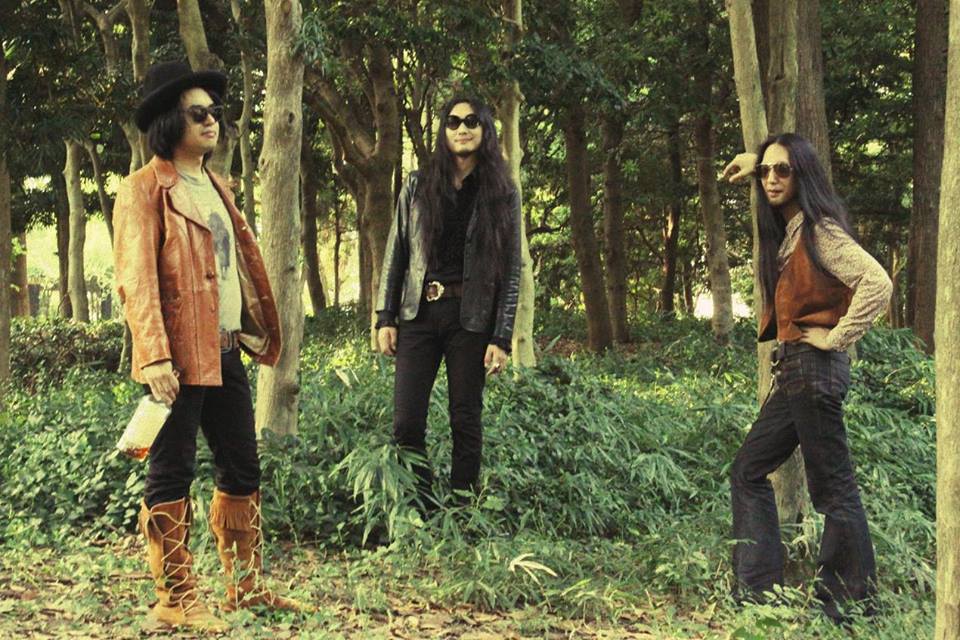 We are hoping to play more live shows outside Japan as well. We are looking forward to seeing you some time.