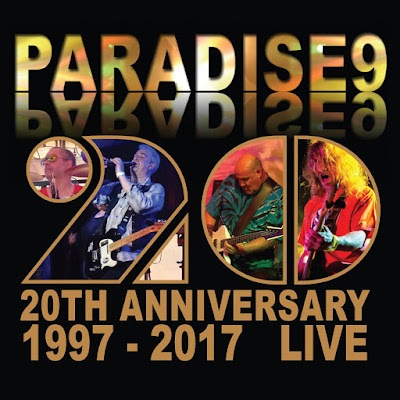 Paradise 9 was initially formed at The Acoustic Revolution in the UK in 1997 when multi-instrumentalist Gregg McKella teamed up with bassist Andy McDonald for a songwriter performance. The duo, with McKella on vocals, guitar, reeds and synth, then rounded out the lineup with Steve Teers – djembe, keys and backing vocals; Mufa – percussion; and Wayne Collyer – drums, recording the album Showtime in 1998.
“The Acoustic Revolution moved from a few venues along the Chiswick High Road between Hammersmith and Chiswick in West London mid-nineties, and by ’97 the band was born,” said McKella in a recent interview. “First town we played outside London was my hometown Aylesbury in Bucks. That might have been ’98, though as the first years played the London circuit like The Hope and Anchor in Islington, Kings Head Fulham. But it was the John Bull in Gunnersbury, West London, that the band was born in.”
The band broke up in 2000, with McKella taking a musical sabbatical, and then reformed in 2004 for a one-off charity gig. The gig went so well that they decided to stay together. During the years following, various players left the band and either returned or were replaced by equally highly skilled musicians, McKella consistently remaining as the band’s leader.
20th Anniversary 1997-2017 Live features two CDs spanning Paradise 9’s entire career as artists and regulars of the UK festival scene. The first disc, entitled “These Days,” features performances at Kozfest and Blind Cat Festival during 2016 with their current lineup of McKella – lead vocals, guitar/glissando guitar, reeds, synths; Tyrone Thomas – lead guitar, backing vocals; Neil Matthars – bass; and Collyer returning to the band on drums. 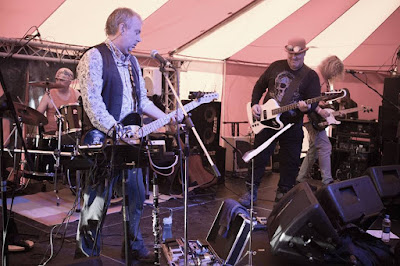 “Nothing for Tomorrow” opens with cascading synths and open guitar chords. The tune’s environmental message is clear in its chorus: “Take it all, take it now, leave nothing for tomorrow.” It is followed by “Anyhow Anyway,” an upbeat rocker that features guitarist Thomas soloing with delay and reverb, and a melodic, clean tone. On “Ocean Rise,” swirling synths ascend then fall slowly like a comet entering the earth’s atmosphere. Setting the tone for the entire album, the moments of lucidity during this tune are like a window into Paradise 9’s evolution. Vibrato laden guitar opens, then the band starts into a slow, laid back rhythm. McKella solos on clarinet with effects, wailing into the stratosphere and working off of Thomas, while synth tones descend like falling stars.
“Points of View/Take Me to the Future” starts off as uptempo post punk, and features the synth work of Kev Ellis. Thomas solos with intensity, then is complimented by McKella on clarinet. The rhythm stops, out of time, Thomas’ guitar feeding back with loops and delay and Ellis’ synths surging. The band then leads into a driving half-time rhythm with McKella repeating the mantra, “Take me to the future, no place for us to go, got to save the human race,” over reverb-laden guitar soloing. 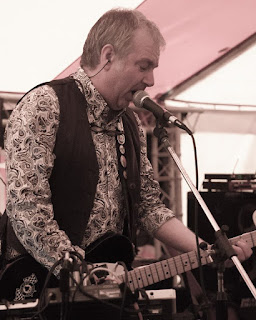 The second disc, entitled “Those Days,” features performances at different venues throughout the UK between 1998 and 2014. “Into the Ethers” from 2000 opens with synths that emerge into an abyss of sound, McKella’s open guitar chords saturated in reverb and delay. Sound fills the room with feedback and overtones as synths rise and descend like a waterfall flowing into a river to support the verse, comping McKella as he solos on clarinet. The folkie, acoustic “I See You Dancing” from 1999 seems to be about a life in music: “I’m going on my way…I see you dance the night away…Another week has passed, my feelings have not changed.”
The earlier acoustic tunes from the late nineties illustrate the strength of McKella’s songwriting skills. “700 Feet – Base Jumper,” performed in 1998 at The Acoustic Revolution, is a fine example of his profound use of metaphor. The lyrics, “I look down, it really ain’t that far to go…. Watch me fall,” are sung with such feeling and emotion as to reflect the tune’s true inspiration. 1999’s “Glow” is acoustic folk as much as it is space rock, taking the listener to other worlds with the lyrics, “I can feel the magic of your heart…I see you glow, I feel the magic in you flowing.” 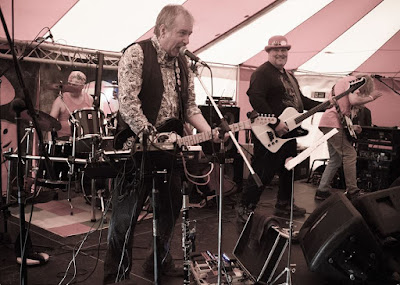 Nik Turner is in fine form, playing tenor saxophone on “Crystallized Moments,” a space-ballad in 3/4 time recorded at Black Velvet in London in 2013. He comps Thomas’ guitar work, soloing with and against feedback. On “Points of View/Take Me to the Future” and “These Days,” also from the Black Velvet in 2013, Turner is articulate. Wailing and navigating currents and eddies to reach musical heights, Thomas is his ideal counterpart, reaching into depths of tone as though finding something new with each note played, working chords that fade into feedback and glissando. McKella’s synth layering creates tonal colors that call out to the cosmos. Turner soloing freely with Thomas’ chords ringing like bells, synths gust like the wind, and fall like a meteor shower in the night sky.
Paradise 9 creates songs of beauty that are about appreciating the world and the people in it. Whether it is the upbeat, explosive space punk of “State of the Nation” or the deeply moving acoustic folk-psychedelia of “Falling for You,” McKella’s brilliant songwriting is at the core of each tune on this album. It is so strong that the high level musicianship that is represented here almost seems secondary…if only for that intense rhythmic drive, the gliss guitar and those tonal colors that call out to the universe.
Photos © Jack Gold-Molina
– Jack Gold-Molina
© Copyright http://www.psychedelicbabymag.com/2017
Jack Gold-MolinaParadise 9Reviews