Soft Speaker’s Nautical Romance took me by complete surprise, and I assure you, is nothing like you’d expect from viewing the front cover, and certainly less from the album’s back image; with both featuring members of the band.

Soft Speaker set the pace from the very first number, letting you know that they’re in control of your listening space, establishing a harder psychedelic edged yet dynamically ranged expansive song, one laced with power consideration and vision. From there they turn the tables and slow things down, yet this move into calmer waters isn’t jarring, and comes off as a natural extension of the opening track, not so much giving you room to breath, but setting up a series of juxtapositions with the following songs that flame in the darkness, and then give rise to those moments of appreciation … like the excitement of seeing a comet streak across the night sky, followed by that moment of exhale as you realize what you’ve just seen; though in this case, just heard. 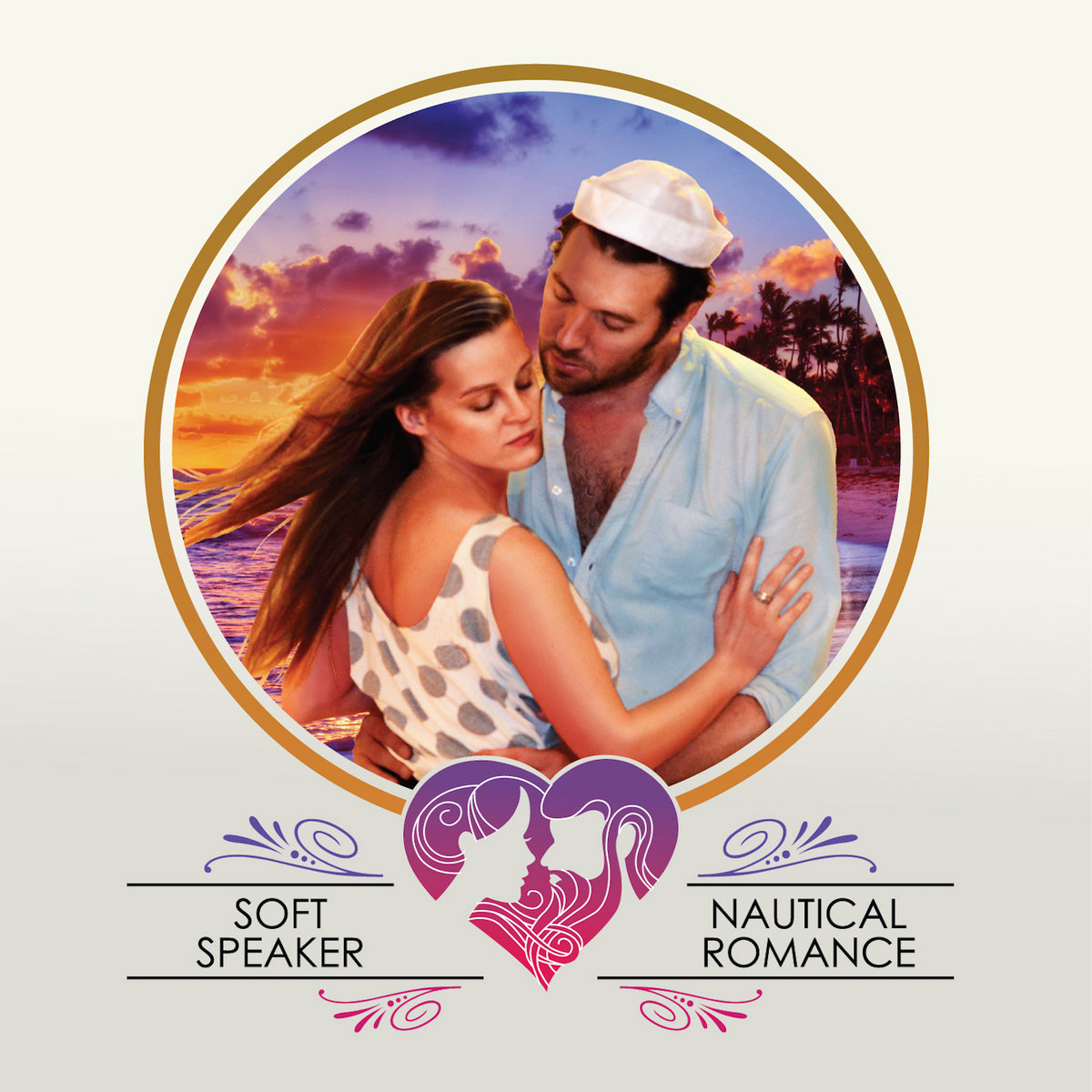 The album goes on like that, truly ebbing and flowing, opening things up full throttle, and then complete control, until you’re face to face with the final 18 minute epic “Indian Toy,” a psych opus of monumental proportions where the band finally reveals that all that’s come before has simply been a prelude, a preparation for this sonic space rock adventure that they’ve been moving towards all along, where the listener is washed in textures of reverb, channeled down a path of inspired layered wanderlust that moves with a sure footedness, tender vocals, a mixture of electric and acoustic guitars that wrap themselves around you as they move into atmospheric regions of both space and the heart. Songs such as this can often come off as intense bewilderment, but not here with Soft Speaker in control, where each note, each chord, and all musical phrasing moves with a calculated vision of transformation and emancipation, sounding both jettisoned free and dizzying, while being emotionally warm and nurturing within the same breath.