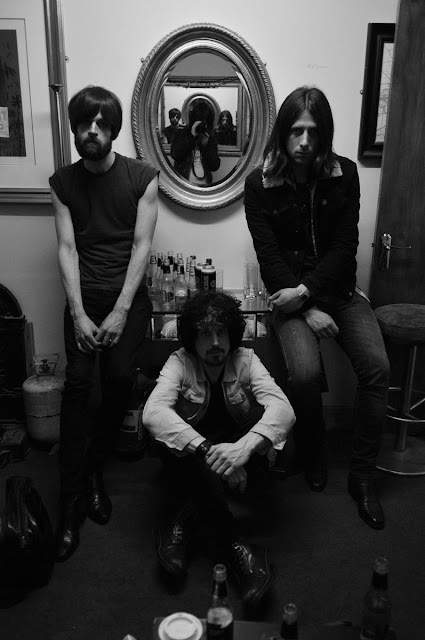 Interview with Ireland’s “Exploding Eyes”, a psychedelic garage band. We discuss their influences, the psychedelic scene in Ireland and future plans for the band.
Listen: https://explodingeyes.bandcamp.com/
How was it to work with producer Jim Diamond? He’s a very well know producer and owner of Ghetto Recorders.

It was great! We’ve wanted to work with Jim for quite some time. The last band Al and I were in (Cheap Freaks) were meant to go out to Detroit to work with Jim but that got put on hold due to the band being sidelined to start Exploding Eyes. We actually tracked all of the songs for the Exploding Eyes LP here in Dublin in a place called Station Studios but Jim mixed and mastered the final product. He mixed a few tracks for us last year and we loved them right from the first mix he sent so it was great to work with him again for the whole LP.
What are some of your favourite bands? 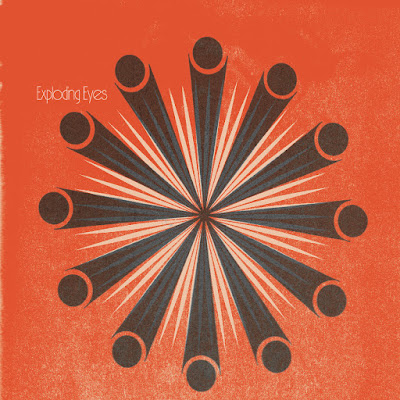 What is the current alternative/psychedelic scene in your country?
It seems to be quite the ‘in thing’. How much of those bands are actually psychedelic I don’t know. There’s some good bands like Wild Rocket playing cool psych/space rock and Twinkranes playing great psychy kraut stuff. To be honest I don’t really consider ourselves solely psychedelic either. We have some psych moments in our music and our influenced by some psych bands but there’s also a lot of garage rock in there. We are definitely influenced more by the proto-punk bands of the ’60s and ’70s.
What can you tell us about songwriting process?

Al and myself do all the writing. We co-write together but mainly just on the composition and arrangement of songs. The lyrics usually fall to whoever is singing the song. We’ve been mixing it up a lot more for the next LP though. 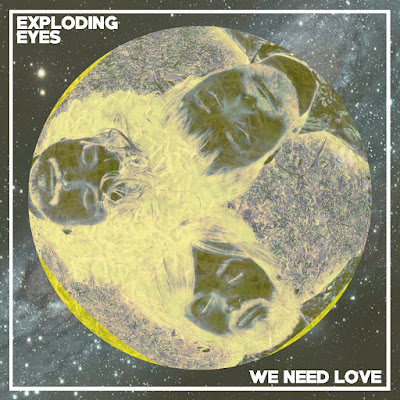 Psychedelic rock music is gaining some popularity during the past few years…
I guess like any sub-genre of underground or independent rock, it always has a resurgence. There seems to be a whole lotta Psych Fests going on around the world which is great I guess. Although the term psych seems to have a much broader variation of styles with garage rock, shoegaze, kraut and metal all taking part in these festivals and labelling it as psych. Anything underground doing well internationally is always a good thing.
How would you describe your live shows?
Our shows are high energy rock and roll. We seem to be going down well, people clap and cheer which is nice but we are too busy head banging to notice the crowd.
What lies in the future for the band?

We’ll be releasing our debut LP this summer on Big Neck Records. Until then we’ll be working on the follow up. We’ve quite a few songs ready for the next LP so we hope to have it all recorded before the summer so we can follow up fast on the first record. Hopefully some touring will follow the LP release.
– John Wisniewski
© Copyright http://www.psychedelicbabymag.com//2016
Exploding EyesInterviewJohn Wisniewski