The Fractyl Sky is a project by Josh Robertson coming from North Carolina. He is a musician and a music writer. His work can be found on The Active Listener and he also writes for It’s Psychedelic Baby Magazine. Josh is keen to DIY approach when it comes to music making. Together with his friend they spent countless nights jamming and listening to their favorite records.

Ever since I heard Black Sabbath’s Master of Reality in middle school and got into my dads record collection (stuff like Uriah Heep, Deep Purple, Mountain, the works) I knew I wanted to play like that… I was always into vinyl and hi-fi from the get go, and always around a guitar as my dad played too. The first things I learned were “Secret Agent Man” and “House of the Rising Sun” which my dad taught I was off to the races and learned “Iron Man” soon after. Not discovering just how Iommi got such a heavy sound, I later found out he downtuned because of his missing finger tips, which made all the sense in the world to me! “Ah, that’s how it sounds heavier!”

I am a self-taught musician for the most part, and I spent around ten years learning how to play guitar and woodshedding figuring out other people’s stuff, lead styles etc. before the songwriting bug hit me. Around the same time my best friend and I finally found our chemistry writing songs together. Lots of nights speeding or getting messed up at his A-frame house. Just lo-fi recorded stuff, and soon he got a good home recording setup.

One might say that creativity in its purest form comes to you out of the ether; as it were. That’s the magic of being a musician to me, is taking that spark or idea that comes out of nowhere and translating it into music. For me, the guitar is my main vehicle of expression, and I’m gifted in a sense that I can translate what I hear in my head to a guitar or play things simply by hearing them, or translate what I hear. And vocals are important even though it took me a while to get a singing style. If you compare my first album to the other ones you may get what I mean. Vocals are very emotive and I like double tracking them, I think it helps fill the sound and can add character. 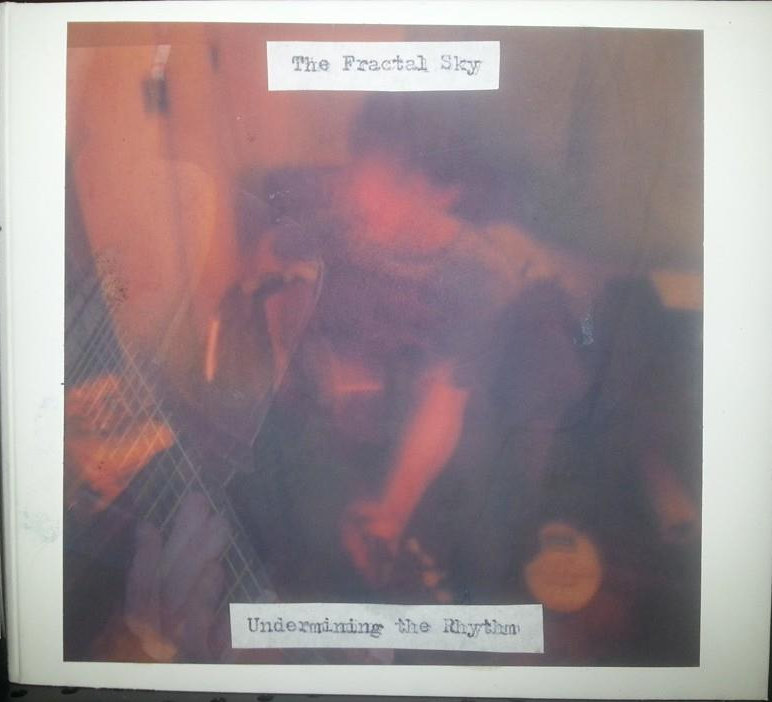 I personally believe that influences can come from anywhere or anything. You never know what might inspire you to write a song, or when you will come up with a melody in your head based on a subject. And musical influence as far as bands I love and listen to a lot, I like to wear them on my sleeve but write in my own unique style. The same goes for covering songs – even though I’m big on original music, any covers I do I like to try and do my own spin. Open tunings and capo’s can give a unique spin, I have a lot of acoustic demos with alternate tunings up. I like to save and on the fly moment, songs can grow. When you get tired of playing a song, you can always change it up a bit, maybe find the perfect chord that ties it all together or a new tempo or spin. The creative process can either be instantaneous, with music and words all flowing out at the same time, or it can be very drawn up, with chord progressions missing the final, “perfect” change or music with no lyrics, etc. I call it “The Backburner” of songs that you might not have recorded it anything more than just a acoustic demo to remember. I reference that in one of my songs, “Lights” which was about amphetamines. Which for a long time were my source of inspiration, for sure.

As far as influences artist-wise, I was big on Mac DeMarco for a while, specifically Makeout Videotape era, for a while and got into the Open D tuning bug. I figured out some of their stuff (covers are on Soundcloud!) and wrote a bunch of songs with the tuning, including one of my favourites “Butterfly Outside Your Window.” Lately I like the stylistics and unique vocals of of D.R. Hooker or Justen O’Brien, was thinking of them on “Deviant Love” which will be on my next album I haven’t recorded just yet. Lately I’ve just been headlong into the private press, “Acid Archives” stuff, although I have also been influenced by the great major known 1960s, 1970s groups (like Zep, Sabbath, Crimson & Purple) as well. My top favourite guitarists are Jerry Garcia, Billy Gibbons, and Jimmy Page, to name a few…

I feel my music is rock at its base (as I am a rocker at heart) but I also feel a bit of garage-psych, folk, blues rock and indie. Stuff like on old private presses, hah! I guess I may sound to some like a dead ringer for the old rock groups and that is a mighty compliment even if it is on the vibe alone… I’ve always been attracted to that “out of time” or vintage aura I thought was so cool of bands. The clothes, the get go, the personalities and drug use… it all entranced me and I reckon I wanted to be like it.

Although I thought the name The Fractyl Sky myself, turns out another artist is out there that makes electronic music called “Fractal Sky”, as I received a message from him. As we do two completely different styles of music, I switched a letter and figured a “The” in front different enough. Hah!

Equipment can be inspiring. I’ve become a bit of a gearhead… On my recordings, as far as guitars go I used Strats and Teles, through a Roland JC-90, Mesa-Boogie F-50, and a ’63 Fender Bassman. My dad knows electronics, have been fixing up a Sovtek MiG-100…yes, the Russian beast of an amp. 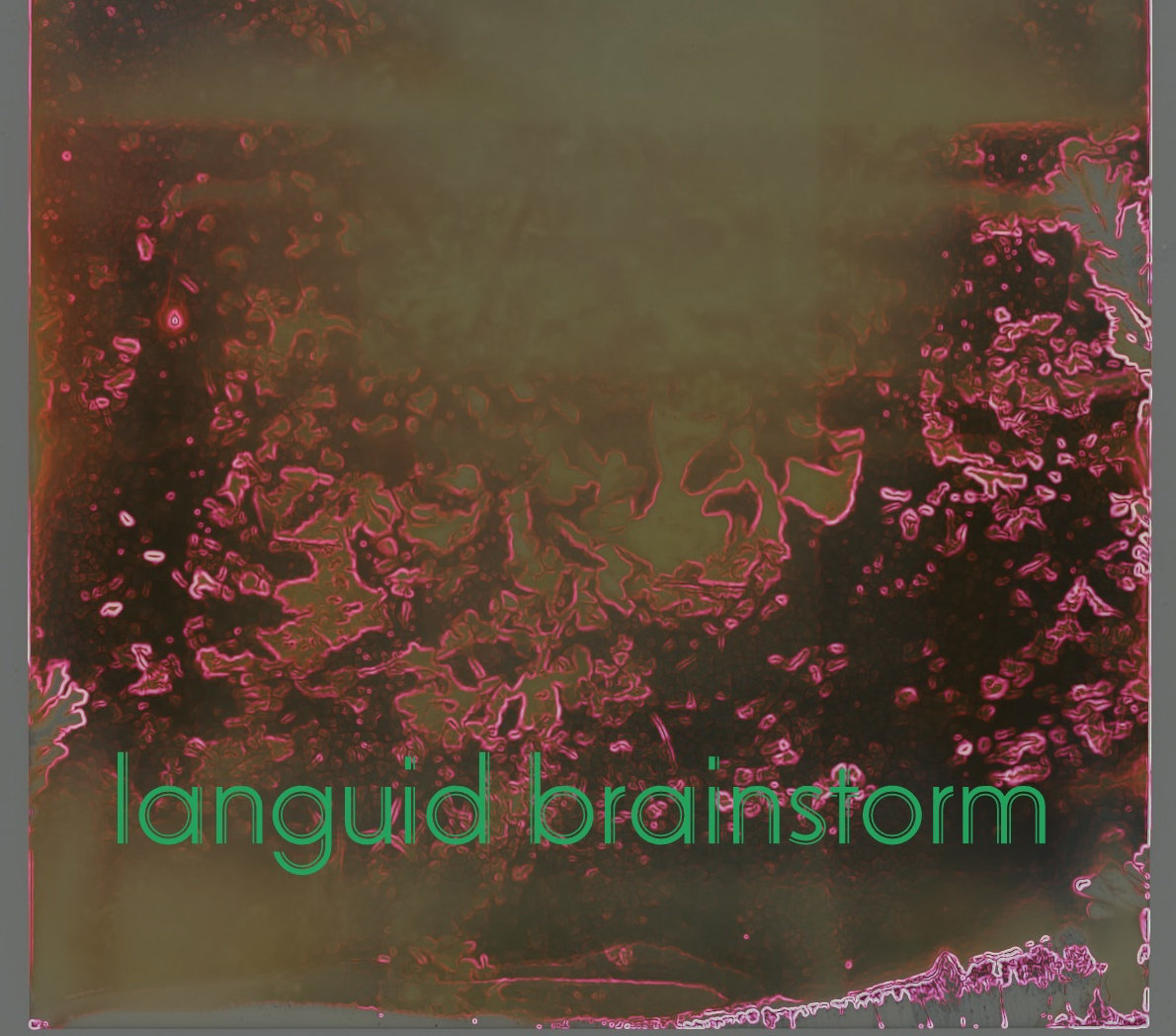 What are a lot of my songs about? Sometimes women (“Girl of the Void”, “Deviant Love”) saying goodbye to old friends for good (“Outta Here”), philosophy-historical make-believe trips (“Forgotten Ails”, “Predicted Days”), the feelings of desperation and loneliness, addiction (“Picture Perfect”). Seeing drug casualties, a friend of mine died of an overdose. I dedicated the album Languid Brainstorm to him. “Mellow Destruction” is about feeling good but destroying yourself via drugs that make you feel mellow but really in the long term are harming you. On “Soul Is Lifted”, which is my spiritual song, is based on an experience I had first being touched by the Holy Spirit. Was kind of thinking of Blind Faith’s “Presence of the Lord”. “Hard To Be Cool” is about the archetypal image of cool: Keith Richards with a cigarette, and that struck the line “I don’t try hard to be cool, just like Keith Richards with his cigarette” and the song was built off that. Features one of my more ripping solos. “Nerve City Baby” is about stage fright.

I am big on lyrics and everything has meaning, everything. They’re sort of my poetry because I like setting them to music. It’s open to interpretation to the listener of course. I encourage that… The feeling of making someone feel something, whatever the emotion, is a good thing to me, it makes me feel my music means something. After all, I have the songs for myself, and I enjoy them quite a bit! I am an honest songwriter, and I believe what I am feeling translates into the song. Yet there is also an element of fantasy, make-believe and dreams in there, of course.

That should do it, I think. A little behind-the-scenes of The Fractyl Sky… more to come soon, just got a hold of a 4-track TASCAM cassette recorder to use for more home-grown stuff… stay tuned.
I’d also like to add a Special Thanks to Thomas Eshelman for recording, equipment, playing, and adding a lot to the project.