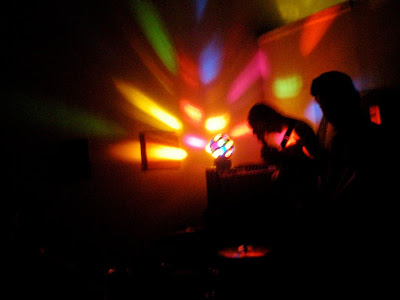 There are a lot of labels that I could attach to lutheran, a lot of confusing adjectives I could use to describe their music, but that would only begin to graze the surface of the intricacies and brilliant compositions and wouldn’t really be doing anyone any favors in the long-run.  Instead, I’ll talk just a little bit about how lutheran’s music straddles the lines between a ton of different genres while pledging allegiance to none, being at once wholly psychedelic and yet having a foot still firmly planted in the minimalist synthesizer, avant-garde and electronic worlds as well.  I’ll speak a small amount about how when you hit play on their albums you’re instantly transported away, suddenly alone and travelling through the labyrinthine corridors of your own memories, emotions bottled in jars along the walls.  And maybe, just maybe, I’ll hit on the overwhelming flood of euphoria and serenity that wash over you like a cleansing wave as you experience the music.  The brainchild of a single man and evolving out of a would-be band that went sideways, lutheran is like a force of nature, both beautiful and furious – serene and bestial at the same time, the intricate compositions and complex illusive musical structures taking form like ghostly silhouettes on the horizon of some desolate post-apocalyptic landscape devoid of life or motion.   Vapor and mist convalesce to create a seemingly solid form of sorts, a powerful gust of nearly unperceivable sounds and ideas that envelope you in their hypnotic power of mesmerism beckoning to you to take your place amongst the darkness and endlessness of eternity.  Perhaps the greatest thing about lutheran, at least to me, is the fact that while completely earning the avant-garde label, there’s a greater sense of purpose to the music that elevates it beyond random noise or sprawling aimless compositions without question.  The albums are journeys unto themselves, journeys undertaken by both the listener and the creator every time the needle hits the wax.  After two full-length albums  and with several more releases on the way I highly recommend you read the article as a primer, pick up already out and begin eagerly awaiting the next spate of releases because “Birthday” pt. 1 and the self-titled lutheran both earn places on any self-respecting avant-garde or soundtrack junky, synth freak, or psychedelic seeker’s record shelf; this is the real deal stuff right here and you don’t come across it too often so don’t sleep.  Click the link below for some music, make sure you score yourself a copy and I’ll see you on the other side folks, things will never be the same I can assure you of that. 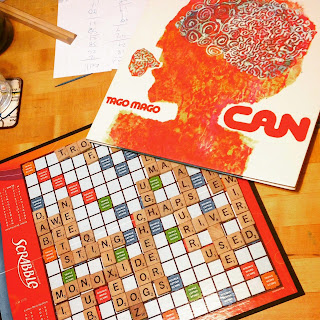 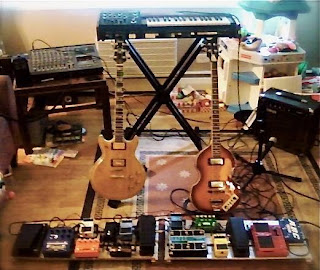 I love doing these interviews for Psychedelic Baby and getting the chance to expose people to all this amazing music, but there’s one thing that I still haven’t gotten used to, describing how a band sounds to our readers who haven’t heard them yet.  It can be an extremely daunting and at times difficult task to accomplish.  How would you describe Lutheran’s sound to our readers who might not have heard you before?
I have a hard time explaining how my music sounds to other people, so I wrote up a description so I wouldn’t have to think too hard about it.  Here’re some snippets from that:  Atmospheric meditations on a diet of krautrock and psych, tossed with reverse tape effects and disembodied vocals.  Swirls of guitars and keys into part kraut-flecked jam and chilled, foreboding minimalism.  Disarmingly calming, mildly unsettling, haunting and mesmerizing.  Ambient vocal textures complete the ambien haze…  So there you have it.
It seems like Lutheran pulls from a lot of places as far as your sound’s concerned.  While you obviously have one foot planted as far as influences go, like I mentioned, it seems like there’s a lot of different stuff coming from a bunch of different places.  Who are some of your major musical influences?  What about influences on Lutheran as a whole rather than just individually?
Lotta Kraut, Spacemen 3, Aphex Twin, Talk Talk, Stars of the Lid.
What’s the songwriting process usually like for Lutheran?  Do you usually come up with a riff or idea for a song and then work from there fleshing things out or do you just kind of start building from random points depending on the song? 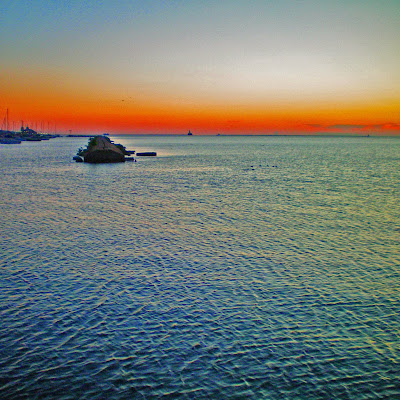 Last year in 2014 you followed up the self-titled 2012 release with your sophomore album, “Birthday” pt. 1 again for Exotic Prism and again in an edition of 250 copies.  Did you try anything radically new or different when it came to the songwriting or recording of the material for “Birthday” pt. 1?  What can our listeners expect from the new album?  When was that recorded and where would that have been at?  What kind of equipment was used?  Who recorded that material?
Birthday is kind of a continuation of where the first record first was going, same recording methods and equipment, some new pedals, but much more stretched out.  In a way it was pursuing the extremes of the first record, how long can certain parts be and still sound cohesive?  How stripped down and repetitive can we make the core of this song?  Most of the beats were weird fuck-ups of my drums through samplers and pedals which gave some different textures.  It’s probably a little more consistent all-told.  So far only part one of a three LP set is out on vinyl which sounds good by itself but not complete; each record is a little more deranged than the one before it.  I’m eager to get the rest out as soon as funds allow…
Does Lutheran have any music that we haven’t talked about yet, maybe a demo or a song on a single that I don’t know about?
Nothing else official, though there’s a lot with the potential to eventually see the light of day.
With the release of “Birthday” pt. 1 a while back in 2014 at this point, are there any other releases in the works or on the horizon for Lutheran right now?
The latter two records in the “Birthday” series are totally done; I’m sitting on them until funds are ripe, hoping to get that together by this summer.  Working on a lot of new material right now that’ll probably be a double record, with a one-off 10” that I’d like to put out in between if the price is right – so no shortage.  I’m in need of an eccentric benefactor for sure. 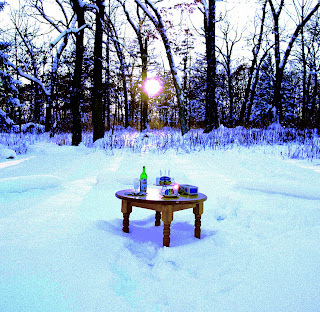 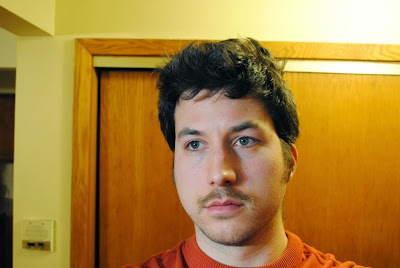