So there I was in the middle of the wasteland, barreling down the empty highway headed west on Inner State 60, the sun’s just slipped behind the mountains, leaving the sky awash in oranges and pinks, Castle Rock to my right, and ahead of me, a line of traffic appearing from out of nowhere that was threatening to impede my progress.

It was then that Soft Speaker’s new disc slips into the first track, I exhale longingly, shove my foot down on the accelerator and begin passing twenty cars like I’m used to traveling this fast, like I’m sure an antelope isn’t gonna step out in front of me, like I know there’s no Staties lurking just out of sight, like I have a choice … because “Rhubarb, Leroy, Jefferson & Jenkins” is ripping through my speakers, and the cool mountain air is actually leaving trails in my rearview mirror as the heat from my engine passes through it.

Yeah, like a song from my yesteryear, that line of cars went down real slow, and once passed, I tell you true, I didn’t slow down for a second, because what I was feeling, and what I was hearing, was new, intoxicating, and relentlessly white knuckling. This is Soft Speaker’s best and most cohesive album to date, tough and intelligent … unlike anything they’ve done before … aggressive and resounding … pushed to the limits, with just about enough restraint to give you a chance to breathe. I’ve no idea where the guys came up with this body of work, it’s certainly nothing like what I’d anticipated; even though I’d had the chance to hear a couple of the songs in progress. But here, laid out and strung together, I’m left speechless, because I’m finally hearing something uniquely fresh and exciting. I’m forcing myself to let up on the gas while all sorts of descriptive words in alphabetical order are flipping through my head, and none of them fit, that is until I hit the S’s, and the word “sustained” demands my recognition. Soft Speaker have managed to create a body of work with so much energy that it needs to be sustained, and they do it brilliantly, otherwise it’s gonna shatter like a meteor hitting the atmosphere. 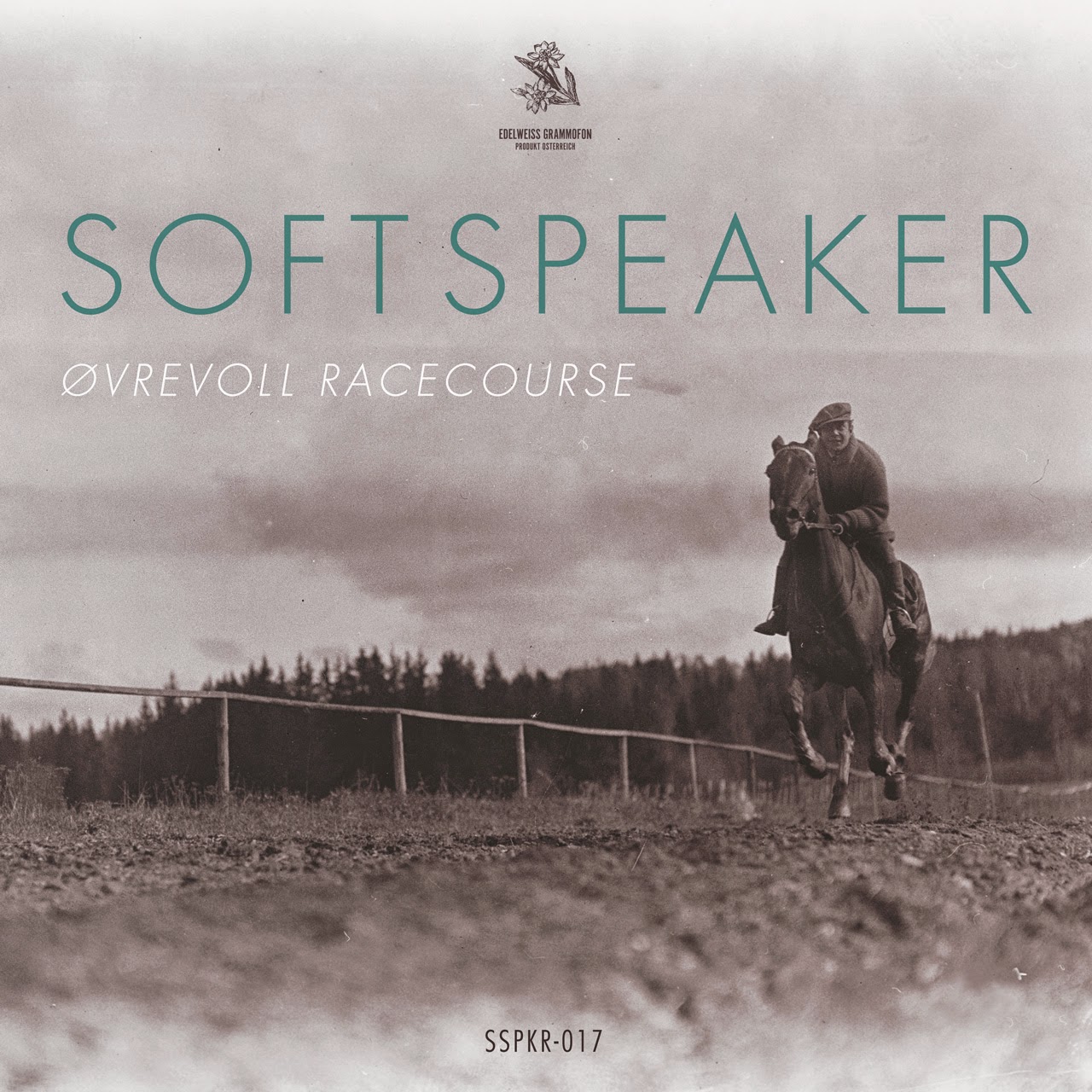 Soft Speaker’s guitars are still recognizable, haunting and bright, as are their mystical lyrics, with vocals that ride like the heat-waves of half forgotten memories. Øvrevoll Racecourse is going to remind you that you have a volume knob, and it’s also gonna challenge you to see how far you can turn it. I’d like to tell you to settle back and enjoy the sounds, but that’s impossible, about the only thing you’re gonna be able to do is stand there and let it all wash over you.