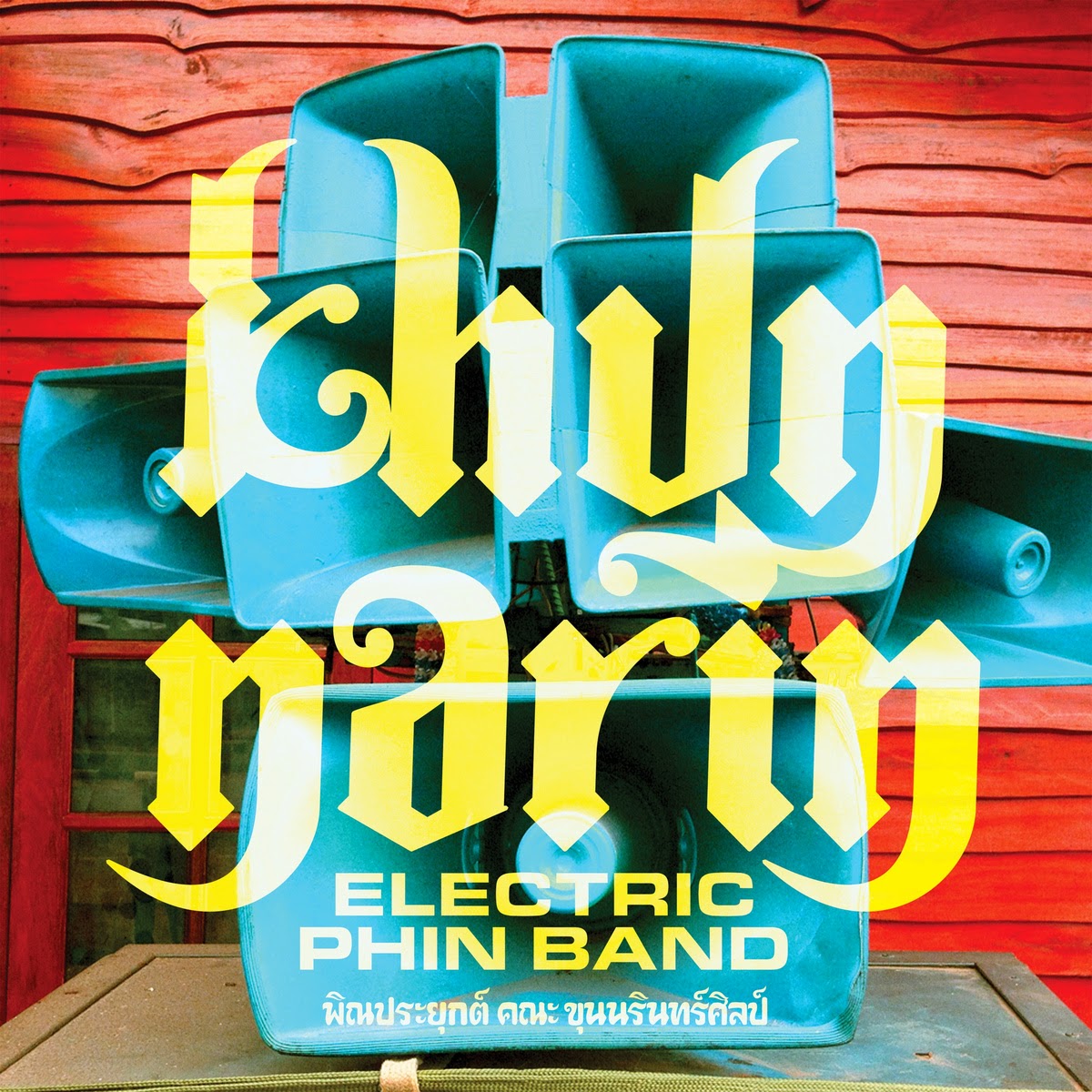 Given the interest of 60’s western musicians of exotic
music, it should be no surprise that some of the most psychedelic sounds would
come from other places of the world rather the West.
Breaking down such barriers, a video showed up not so long
ago with the title ‘Mindblowing Psychedelia From Thailand’ on the Dangerous
Minds blog. Mindblowing is an understatement. The same way you can trace back
the blues to Mali in Western Africa, the furthest you go, the more amazing it
gets. The minds of the western world became curious about who were these
persons and where exactly were they from.
Luckily for us, one such person went from words to action.
Through social networks and the assistance of translators from a Thai
restaurant, this group of musicians was traced down. This group of musicians is
called Khun Narin’s Electric Phin Band.
Released on the 26th of August, 2014, this timeless and
seamless music became available to everyone through Innovative Leisure Records,
home to The Allah-Las and Nick Waterhouse.
Recorded live in the fields near the city of Lom Sak and
fueled by beer and whisky, these four amazing and dreamy songs make you travel
to the distant valleys where Khun Narin’s Electric Phin Band come from. The
band can do no wrong and even if the songs are similar, it does not matter.
They could just go on and on and one will not tire of listening the sounds that
emerge from the custom made PA system the band built.
Starting off slow and serpentine, opener ‘Lam Phu Thai’ is
an eleven-plus minute song that sets up the mood for a trip to the Eastern
parts of the world. Somehow though, it’s like something you have ever heard
before but oddly familiar at the same time. Maybe all the fascination Western
musicians had in the past with Eastern music and scales, make it slightly more
recognizable. As it gathers speed, you are in for the ride as phasers, delays
and distortions appear out of nowhere. The constant jingling and jangling of
the percussion propels you further into a hypnotic haze of rhythm and sound.
Two shorter songs are equally vibrant as Thai mindblowers
condense this intense jamming in four minutes each. The pace that was gathered
on the first track does note slow down and the effect is dazzling only to
prepare our Western ears to what is still to come. The phin, a traditional Thai
instrument, gets revved up and off we go for the last song.
‘Show Wong Khun Narin’ is a tour de force of almost twenty
minutes that flows like a fast river. The phin goes from clean glassy waters to
distorted rapids without warning, only to make it sound even more outlandish.
The rhythm is relentless and it keeps on plowing through with an ever pounding
bass groove capable of surviving the worst kind of calamity known to man. When
you think they have nowhere left to go, the band finds new paths through the
valleys and forests of Thailand and they just keep on going until THEY decide
it’s time to stop for a rest.
After hearing this, one has to thank the persons behind
bringing this record to existence and one is left thinking what else might
still be out there to reach the West? We do arrive to one conclusion tough.
Khun Narin’s Electric Phin Band are, without a doubt, the
ultimate jam band ever.
Review made by Carlos Ferreira/2014
© Copyright http://psychedelicbaby.blogspot.com/2014
Carlos FerreiraKhun NarinReviews