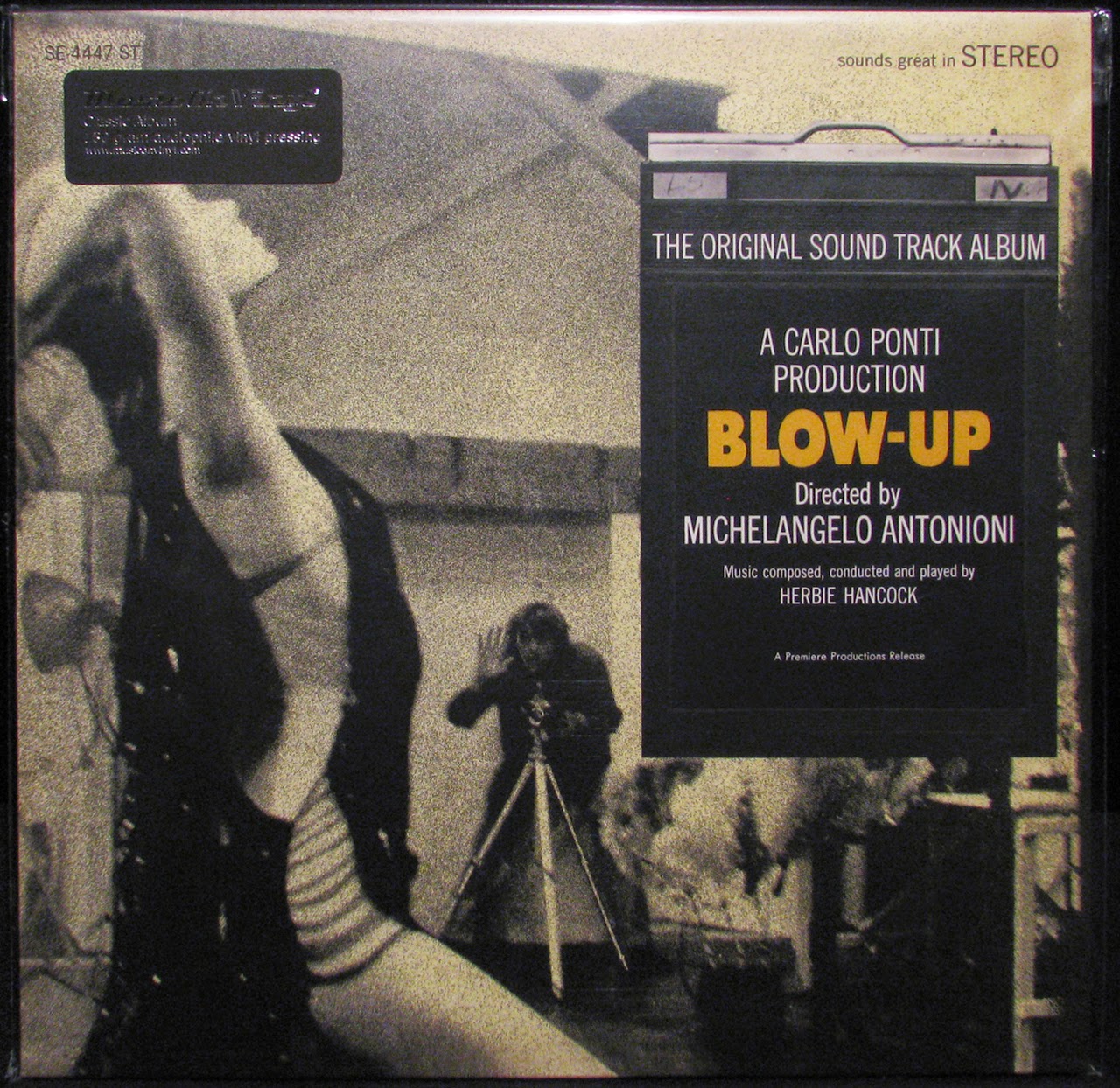 Original Soundtrack Blow-Up (Music On Vinyl, 1966/2014) review
I won’t dwell too much on the film itself other than to say
that it’s a seriously groovy piece of mid-sixties filmic psychodrama set in
swinging London that, amidst other things, features one or two of the beautiful
people, some shots of delightfully quaint mews dwelling houses, and the quite
wonderful (in real life too) Marion Park an expanse of green nearby the
military barracks in Woolwich Arsenal and wherein the flick’s plot really
begins to thicken. There’s also the main starring role of an obsessive photographer,
played by David Hemmings, and oh yeah of course there’s all this, which is a
pretty nifty soundtrack that features swinging jazz and mod-rock style tuneage
that comes and goes, which is really where we come in.
Everyone who has seen “Blow-Up” will know that
it’s The Yardbirds, in a recording made with the rare Jeff Beck and Jimmy Page
line-up, who provide the film with its exciting live rock group action cameo,
and they are seen, and here heard, blazing through an interpretation of the old
Tiny Bradshaw via Johnny Burnette Rock ‘N’ Roll Trio chestnut ‘Train
Kept-A-Rollin’ – here redesigned as the sharper-titled ‘Stroll On’ – yet that’s
only a smidgeon of what’s on offer.
This recently-issued reassessment of the soundtrack via the
Music on Vinyl outlet presents everything in a vibrant, altogether more alive
way for the up to date listener to get their head into. A few of the instrumental pieces – almost all
created by the great Herbie Hancock number among the set’s most colourful
creations, including the highly effective ‘Bring Down The Birds’.
Most people who are even just a little bit bothered about
those types of fascinating behind-the-scenes insights will know nowadays – well
at least since the initial vinyl reissue way back in the late 80s / early 90s –
that one of director Michelangelo Antonioni’s first choice London groups for
the onstage club guitar smasherama scenario was to have been the never less
than intriguing, always effortlessly endearing Tomorrow, the British
psychedelic pop legends who would later go on to give us such mercurial-sounding
underground pop gems as ‘My White Bicycle’ and ‘Revolution’. Here, they can be
heard as they transit forward from their more mod-inclined previous incarnation
when they operated as the In Crowd, and now giving out with the softly
attacking charm of ‘Am I Glad To See You’.

As a musical document not only of the film itself but of
it’s time generally, 1966 pre-hippie rock, this is a well put together,
thoroughly inspired and slinky-sounding programme.