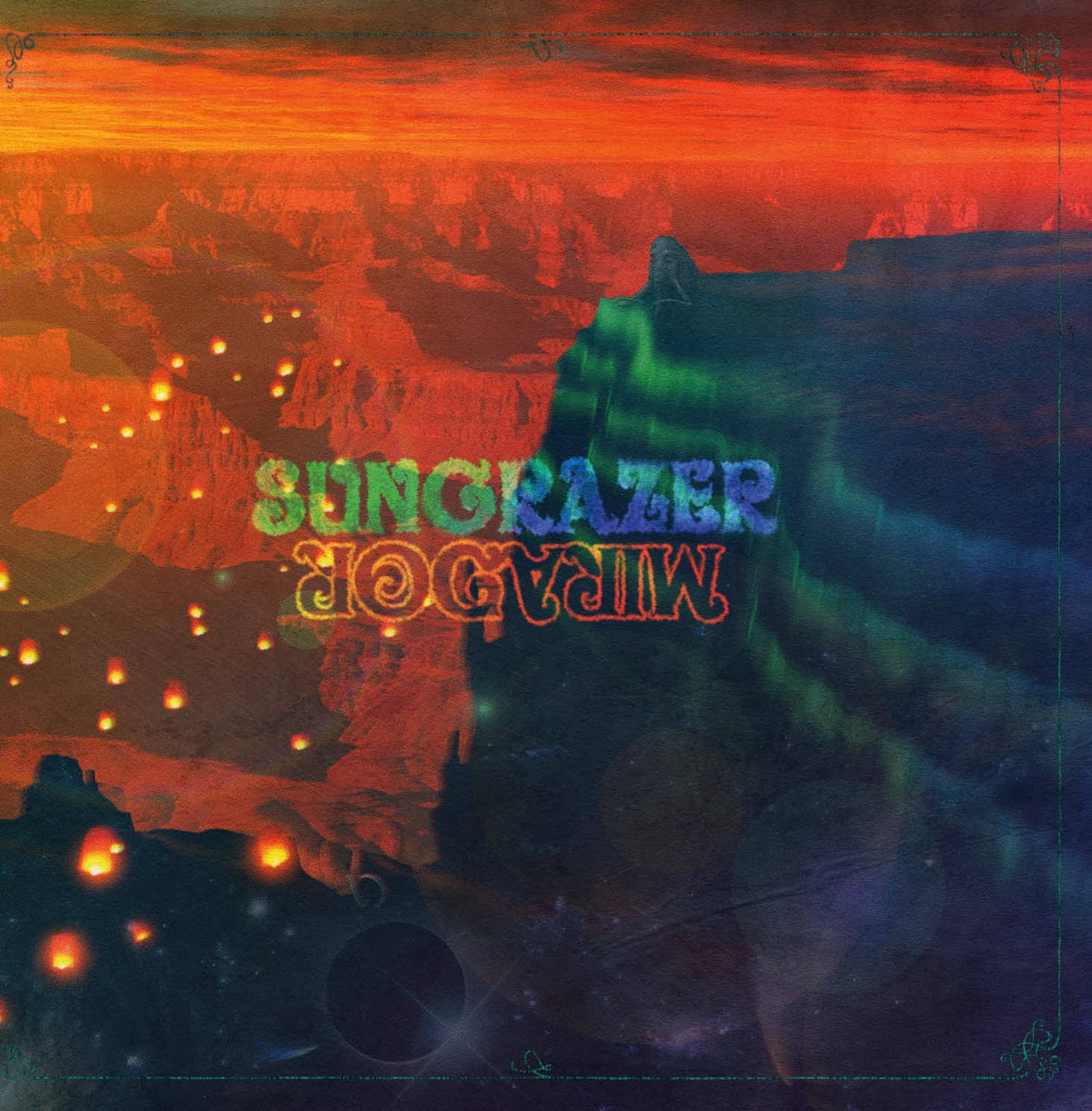 Sungrazer “Mirador” (Elektrohasch, 2013)
There is a massive gaping void in the slot that pioneers
like Kyuss, Gruntruck, and Green River used to fill. The Stoner Rock of years
past has all but dissipated. The iconic larger than life so-called Desert Rock
is sorely missed by this writer. There are numerous bands that try to emulate
the forgotten nuances that set it apart from the laughable Rock acts of its
day, but they fall tragically short. Even Queens of the Stone Age are arguably
beyond the genre of Stoner Rock now. There is little special or unique out
there that isn’t lured into a box of tried tricks.
Through the forgotten dimension of Stoner Desert Rock I’ve
been made aware of an anomaly. It’s the next stage in what I’ve been longing
for, called Sungrazer. It’s precisely where the beloved genre left off, and
where it needed to be picked up again. This three piece Dutch collective has
found a balance in the chaos of Stoner Rock and a matured, subtle delivery that
gives it a very thoughtful, artistic quality. They let their tracks grow and
bloom organically while giving us that classic crunchy grind that the nineties
Grunge heads went ballistic for. It has an ethereal quality as much as raw and
brooding. Some tracks will have you banging your head from the get-go while
others take time to reel you in. “Octo” and “Sea” are excellent, back-to-back
examples of that, coming off their sophomore album Mirador. The entire album
flows seamlessly with its interchanges between weight and melody.
The thirteen minute track “Behind” commences with a gentle
whisper of guitar, then accompanied by a second spaced out, jangly guitar it
turns over with an army crawl. The vocals are calm―relaxed―unhurried. The
melody builds with drums until it takes a dip into a grungy filter and stomps
about angrily. The vocals remain calm, as they seem to do through the entirety
of the album. The grungy melody turns over to reveal a calm, relaxed and, dare
I say, jazzy guitar line that continues on until it drifts into a spacial
dimension all its own. The grunge filter gets tipped again and we’re rocking
into oblivion once more. It’s back and forth plays between style and substance
like this that keep each track absolutely intriguing.
Sungrazer are a unique outfit because they took something
that was uniquely American during the nineties and gave it a facelift for the
decade or so it’s been absent. They take their name from comets that graze past
the sun, most of which completely fall apart on their journey past. Some that
are just big enough survive the journey, remaining intact for the most part. It
seems a fairly radical metaphor; taking Desert Stoner Rock beyond the
millennium and, actually, bringing it back to us in better shape than they
found it.
Review made by Hunter Gatherer (The Forgotten West)/2014
© Copyright http://psychedelicbaby.blogspot.com/2014
Hunter GathererReviewsSungrazer