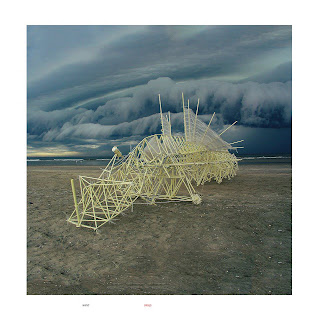 “Sleep” consists of two lengthy psychedelic
tracks from this Norwegian trio who seamlessly blend, psych, metal, and jazz
with Eastern flavourings. Their modus operandi seems to be producing
improvisational (mostly) instrumental music for relaxation and astral
projection. “Throwing Stones” begins with a tasty Hendrix lick and teases our
mental faculties to come up with where we may have heard it before. Stoned
vocals (in English) float into the room to recite a chorus or two. There’s a
faint aroma of CSNY in the air, maybe closer to Crosby’s “If I Could Only
Remember My Name” community bake-off usually identified as The Pure Earth Rock
and Roll Orchestra (PERRO). Things get nasty pretty quickly as Martin Van
Houtum toys with some black metallic guitar destruction via razor sharp,
angular lines like swatting butterflies out of midair.
“Cathedral” meanders around your head with
slithering guitar lines, incessant drum rolls and rolling bass backing that all
feels like you’re playing hide-and-seek with the sunlight on a gentle summer’s
day. There’s a distinct krautrock vibe that harkens back to vintage Amon Düül
and Ash Ra Tempel before the band switches gears mid-flight to an atmospheric
soundscape that envelops the listener like a sensory deprivation tank.
Hypnotically soothing and, er, highly recommended.
Review made by Jeff Penczak/2013
© Copyright
http://psychedelicbaby.blogspot.com/2013
Jeff PenczakReviewsWind