Last December we spoke with Hans-JoachimRoedelius about Cluster and all other stuff related to the project. I’m really happy we can talk now with the other half of Cluster. I would like to begin with your childhood. You were born in Switzerland, but studied art in Brussels and Berlin. What would you say were some of the very early influences and interests for you as a student, before meeting Roedelius and Schnitzler?

At that time there where lots of political riots in Berlin. I was more in the streets than studying so art in a way came second place. I was listening to Coltrane, Velvet Underground etc. and played saxophone.

Around 1968 the music commune known as ‘Human Being’ and ‘Zodiak Free Arts Lab’, the center of Berlin’s Underground Culture were formed. Since you were studying in Berlin this must had been something very interesting for you.

Visiting Zodiac was sure one of the most important adventures in my life – a new understanding of what music can be.

How do you see this place now?

I think it’s one of the most important ‘experiments’, that happened, where all you young musicians at the time could met and found something new, special and most of all original.

It must had been really fantastic to be a part of such a creative time and place?

It was also other places, like the Akademie der Künste, where I par example could listen to the very early Tangerine Dreams; at that time a very interesting group.

In ‘Zodiak’ you met Hans-Joachim Roedelius and Conrad Schnitzler and you started your band called ‘Kluster’.

The project was started by Conny. At that time we all met in different bars and got to know each other by drinking lots of beer and exchanging our thoughts about music and whatever, so one of these nights Conny and Achim suddenly asked me to join there group – Kluster. We met next day and found out, what I could contribute. They had very strange drum set for me, so at the beginning I was a kind of Kluster drummer and some days later we performed the legendary 12 hours concert in the gallery hammer.

What can you tell us about Kluster albums?

These albums where recorded in one night with Conny Plank as sound engineer. The concept was to not have a concept!

‘Cluster’ has been active since 1971, releasing a total of 13 albums. I would like to know, if you can tell me what are some of the strongest memories from producing and releasing your first four albums?

On ‘Cluster I’ and ‘Cluster II’, the droning textures, the symphonic structure are really incredible…’Cluster’ then joined ‘NEU!’s’ Michael Rother to form the side-project ‘Harmonia’, before making ‘Zuckerzeit’, a marked changed in the ‘Cluster’ sound. What can you tell us about this period of time?

Michael Rother joined Cluster. It was a good but mostly a money less time. We searched through music, that we thought could perhaps make us rich guys…

Perhaps one may hear in my music, that I am a more realistic guy and not a romantic dreamer.

Two of your latest albums are ‘Ding’ and ‘Radium Girls’ and you started ‘Moebius+Tietchens’. I would like if you could present us a bit your latest projects and what are some concepts behind the music? You are still interested in the so called “strange” sounds…

I have a lot of fun making music. I still don’t have really a concept. When I like other musicians that are into similar ideas, I’m ready for collaborations. My latest studio albums are American projects with Dwight Ashley and Tim Story. I am working on a live album of shows I just performed in the USA. In 2 weeks I will perform the undark project with Phew in Tokio and also two more solo shows in Osaka and Tokio. In November I perform with Asmus in Barcelona.

You had a project together with Conny Plank what would you say are some of your favourite memories from working with him?

I had several projects with Conny. We always had good times together and good food in Conny’s studio!

Did you have any interest in “Rock” music?

I’m always interested in what I think is good music, any kind of…

Thank you very much for taking your time. Would you like to send a message to It’s Psychedelic Baby readers?

Have a good time! 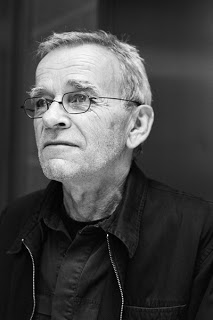