One of the leading collective in space rock. The band recently released a brand new album, ‘Give Your Brain a Rest From the Matrix’.

“Everything is totally spontaneous”

Øresund Space Collective has been active for several years now. Did your music evolved during those years?

Dr. Space aka Scott Heller: The first jam sessions were in 2004 and the collective is totally different people now with the exception of Magnus from Mantric Muse and Jocke from the Carpet Knights, who still play with us from time to time. In the early days, we experimented in the same way we do now but the approach and sound is quite the same but always fresh and takes you on a unique journey as we never consciously try to do the same thing so people are still just taking the inspiration they have at the moment and in the place we are to create music from the heart. We did used to have a decent number of reggae inspired jams a long time ago and rarely do that and we have also experimented with sitar the last few years on record but never live.

So your music is completely improvised?

Always… we have never composed anything. Everything is totally spontaneous. The only thing we do is choose a key to play in. This goes for all our studio records as well.

How would you describe the current underground psych scene?

For sure the scene is totally amazing now. So many people just making cool music and not caring about being famous etc.… . You really notice it hear in Denmark where for so many years we only had On Trial and the bands coming off of that great band. I feel fortunate that I get to hear quite a lot of the bands playing space and psychedelic rock via my connections from doing music journalism as well as record collecting. Scene is going great and of course the internet helps so much.

How did you start with this band?

I had been playing synthesizer with the psychedelic stoner space rock band Gas Giant but in 2003 they decided they did not want synth anymore and wanted to play more straight and not jam and space out as much anymore so I had no band. So I decided to start to gather my friends in Mantric Muse (Copenhagen) and Bland Bladen (Malmö, Sweden) together for rehearsal room jams and that is how it all started.

I’ve been listening to a lot of Ya Ho Wha 13. Are they maybe an inspiration?

Yes… I know Ya Ho Wha 13 and they made some really cool stuff for sure. There are a few bands making totally improvised music like the German bands Zone Six and Electric Moon but not many actually. I was very inspired by my good friend, Doug Walker (RIP) and his band Alien Planetscapes which released 106 cassette releases in the underground scene before ever making a CD… It was mostly all improvised music. 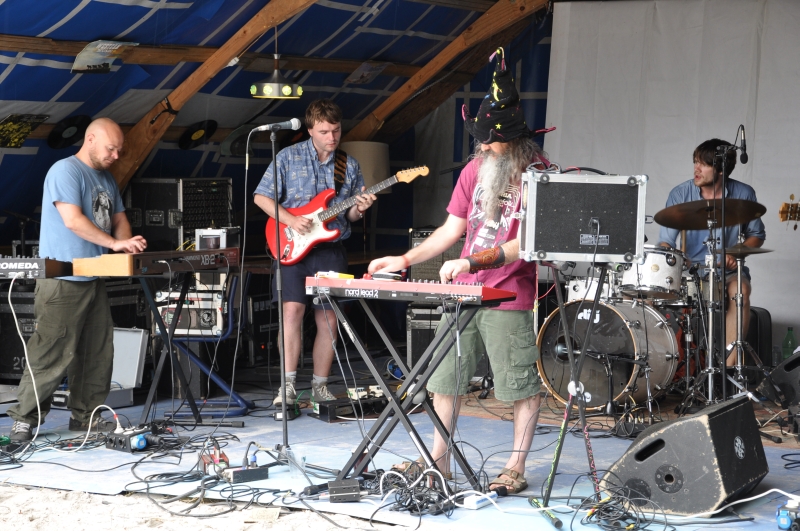 We had only really played gigs in Sweden and Finland with a few visits to Belgium and Holland before this tour which took us to Austria, Germany, Macedonia, Bulgaria and Croatia. We played really good gigs and the response was really amazing. You can read my diary about the tour on my blog. All the recordings are also up on the internet to hear as well.

What’ the story behind ‘Give Your Brain a Rest From the Matrix’?

The material was recorded in 2010 on the third day of our studio session. Claus Bøhling had returned on guitar, KG from Siena Root was there playing guitar, Hammond, synthesizer and sitar, Nick had switched from guitar on the first day to bass on the third, PIB on the drums and Mathias was playing pedal steel and guitar. We had a really interesting mixture of players. We also had a really great eastern feel going and people were digging this so we just went with that vibe. We had some other really amazing jams on this day including a really cool Santana inspired one but unfortunately, Claus’s guitar was improperly miked so we could not use this jam. We had already released two records from the first day of these sessions (‘Entering into the Space Country’ and ‘Phaze your Fears’) and it seemed like the cool thing to do put these sitar jams together rather than mix it up with material from the 2nd day which is still all unmixed and unreleased. The title is referring to people just stuck in their mobile phone lives (the internet matrix) and not really paying attention to the world. This should be good relaxing music for them. 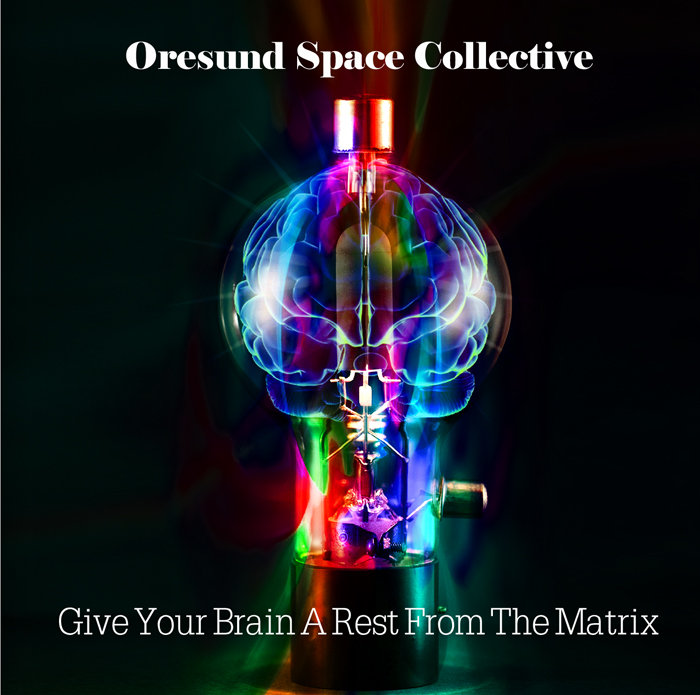 Will there be a vinyl version?

I am a huge fan of vinyl records and am really happy to see them coming back into fashion again. We would have been releasing them all along but in 2006-2010, it was more practical to release CDs. We have released 5 vinyl records in the last 2 years and have several more in the pipeline. Eventually all of our CD releases will also come out on vinyl, that is my wish. Our debut from 2006, which has been out of print for years is coming out in December in 300 copies on double vinyl as a joint release with our Space Rock Productions and Sound Effect Records in Greece.

Would you say that Hawkwind play the most important part in your space rock journeys?

They are really cool people and I have met and interviewed them a few times as well. I am a huge Hawkwind fan and they have inspired me a lot but on a whole, the majority of the band is not really that much into Hawkwind, which may surprise some people. I love them and have all their records on vinyl and CD.

What are some less known underground albums you enjoy?

What are some future plans for the band?

Well, we plan to continue to release more records of cool and interesting music. We hope to finally have a real pressed official DVD release to sell. Next year we will play in some gigs in Germany, Denmark, Sweden and hopefully Finland. We have some interest for us to play in Spain but not sure we can finance that. Our debut CD comes out on double LP in December, ‘Live at Kildemose Festival Vol 1’ and ‘2’ will come out on an Italian label, a live DVD, our vinyl only releases ‘Entering into the Space Country’ and ‘Phaze your Fears’ will come out as a double CD early next year. At least one studio album from our session in April 2012 will also be released on vinyl. We have two tracks mixed now.

The last two records on my turntable were Golden Void (new band by lead guitarist from Earthless) and the new Electric Orange – ‘XX’. I also just heard Nate Hall – ‘A Great River’ and Jakob Skott – ‘Doppler’. As for books I recently finished Afflicted Powers: Capital and Spectacle in a New Age of War and am reading Noam Chomsky – Hopes and Prospects. I also just read Mushroom Pickers Foolproof Field Guide as I like to collect and take pictures of mushrooms. I also read National Geographic, Classic Rock and the Economist magazines each month. I do a lot of reading. I think it is very important for your mind.

I write a lot of record reviews but I don’t do so many interviews anymore. I was lucky two years ago to have Claus Bøhling over for dinner at my place and I should have recorded the conversation as he has had an amazing life in music starting with moving from Denmark to the UK in 1967 with his band Hurdy Gurdy and playing with Pink Floyd at the UFO club in London in 67’, having the Donavan song, ‘Hurdy Gurdy’ written about him and his band, playing jazz rock in the 70s to huge crowds when Secret Oyster was as huge as Return to Forever or Weather Report, etc.. what a life in music he has had. I am only writing reviews these days. It takes too long for me to transcribe interviews and I have too much other stuff to do.

The most special concert you ever played?

That is a hard question. Our longest concert and perhaps one of the longest ever played by any band, our 5 hr concert in 2010. That was massive. Playing at Roadburn on Mogens, the keyboard players birthday, was really special as I have a strong connection to that festival and have attended every year for the last 7 years. The first time we played at Kildemose Festival in 2008 starting at 3:30 in the morning and the sun was coming up and shinning on us as we finished at 5:15 in the morning. 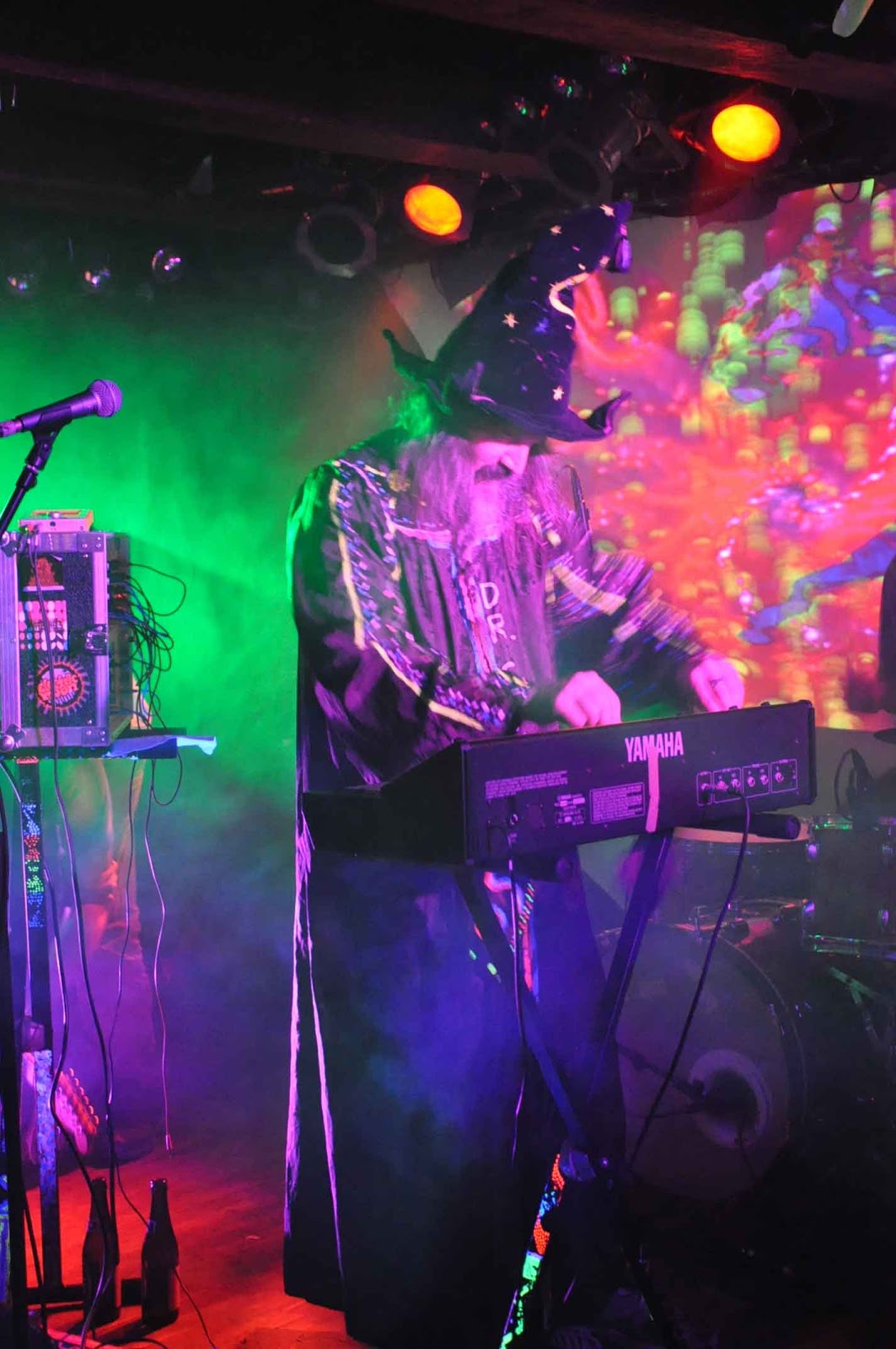 Thanks for your time!

Check out our web pages and live concerts at the www.archive.org. They are all free and every show we have ever played is there. Enjoy and thanks for the support.