Eidetic Seeing are a heavy psych trio from Brooklyn!

What’s the idea behind Eidetic Seeing?

Sean Forlenza: I wouldn’t say there is any real “idea” behind the band besides writing interesting and innovative music. Before I formed the band I wrote and recorded a few demo songs by myself, so that set the template and general sound for what I wanted Eidetic Seeing to be like. Once Danilo and Paul joined however, I never set up any rules or anything like that and its been a free for all ever since; each of us write the songs and bring our on individual ideas into the music. If we had a concrete idea behind the band I think that would only limit us. 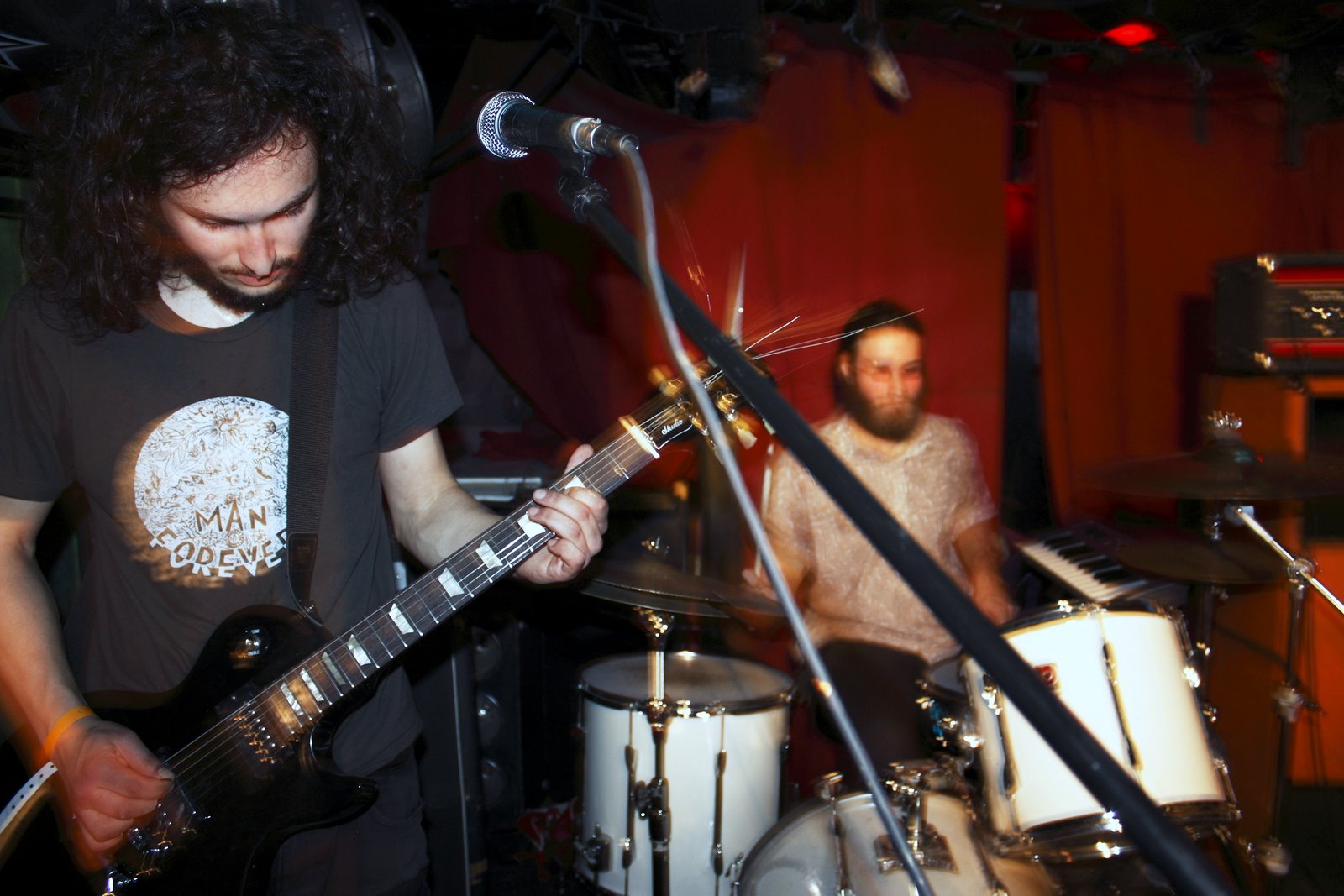 How did you guys come together?

Sean: As I said I wrote a few demo songs and recorded them (very poorly) on my own in 2009. That summer Paul and his roommates threw a party featuring his band Manburger Surgical and I asked him if I could play. I asked two of my friends to fill in on bass and drums and pretty much just showed them the riffs once before hand and that was it. I scheduled another show for the end of that summer but wanted permanent members with their own ideas for the band. I asked Paul if he would be interested in playing drums and a friend of mine who played in a band with Danilo in high school recommended him for bass. Although we do share similar tastes, our differences is what keeps the band interesting.

What’s the story behind Drink the Sun?

Sean: Drink the Sun was the name of one of those songs I wrote long ago in my room before I had the band. The song is about the human race dying out due to aliens coming to steal Earth’s resources. I liked the imagery that the lyric “drink the sun” evoked, so I used it for the name of that song and we all agreed it would make a great album title.

Danilo Coleman: The album definitely has a lot of different musical ideas running through it, and I see that as a main trend of our band: we all listen to all sorts of diverse styles of music and we never intended to play in ‘just’ a stoner rock or psychedelic band. We take a lot of inspiration from bands outside of the genre and try to synthesize it with our aesthetic to make it work. As a result you can hear some jazz influences, a lot of noise, some prog, and it all gets smashed together in the songwriting. 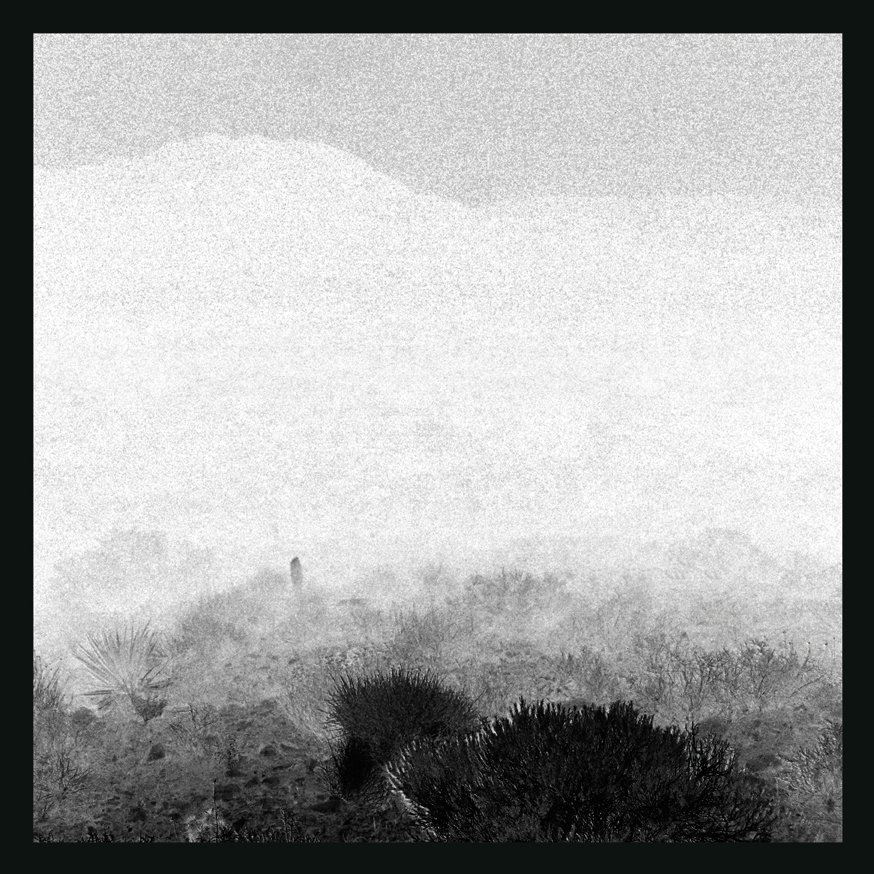 The album was recorded and mixed by Evan Sobel (Atlantean Runes, formerly La Otracina), a good friend of the band who also recorded our debut EP. Similarly to that record, Drink The Sunattempts to come as close to our live sound as possible and as a result, all of the songs are full takes. Everything was recorded in our tiny rehearsal space in the basement of a moped shop and If you think it sounds loud on the record, imagine it in there! We were so loud that we essentially were kicked out of the rehearsal space a few months later. They couldn’t handle it.

How would you compare it to your first release?

Danilo: It’s definitely a very different record and I think it speaks to our evolution as a band. Over the year or so between recordings, we began to be much more specific about our song structures and think a lot more about every element of every song – a process that is exhaustive and can take months, but always results in a finer piece of music. On the EP, most of our songs were structured around one main idea which we would then improvise off of. There is a lot of improvisation on Drink the Sun as well, but we’ve harnessed it a bit more, and tightened our constraints just a little, to make the songs more dynamic. 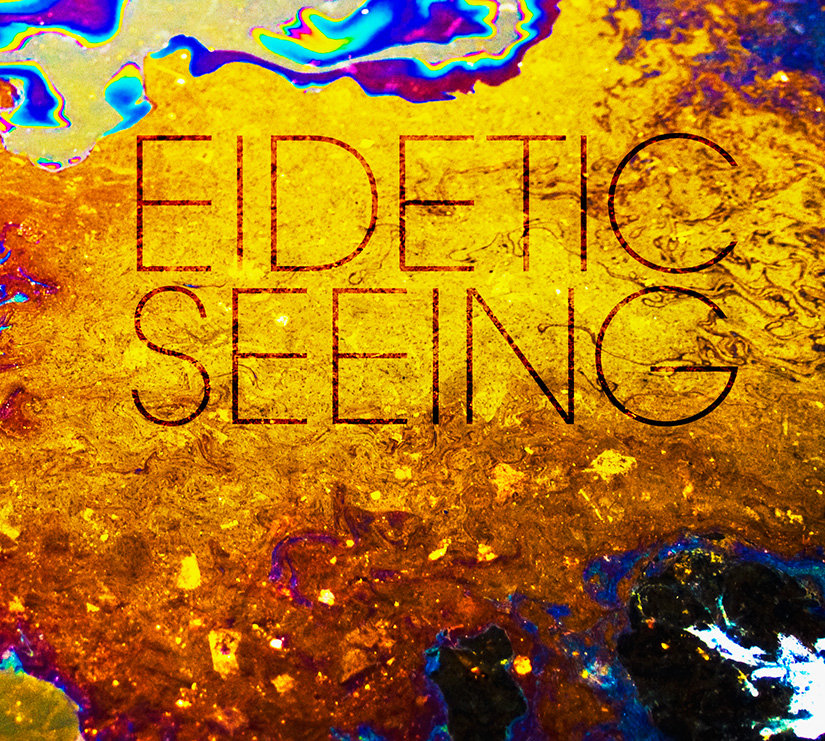 Sean: I think early on Eidetic Seeing was much more of a “Spacey” band than it is now. You can see the difference very clearly between both albums. My guitar tone on the EP had plenty of air and space in it because I used to focus mainly on echo and reverb. On Drink the Sun I started focusing more on fuzz as the main sound and starting taking my tone into consideration a lot more. This made the record sound a lot heavier and more full.

What are some of your plans?

Danilo: We’re from the Big Apple! Specifically Brooklyn. We met and formed here in 2009 and have been going at it locally ever since. The city is obviously a great place to see a ton of music and it is also home to some of our favorite current psych bands like NAAM, White Hills, and Psychic Ills among others. There’s always a wealth of good music going around so it’s a great place to get exposed to all sorts of different stuff. 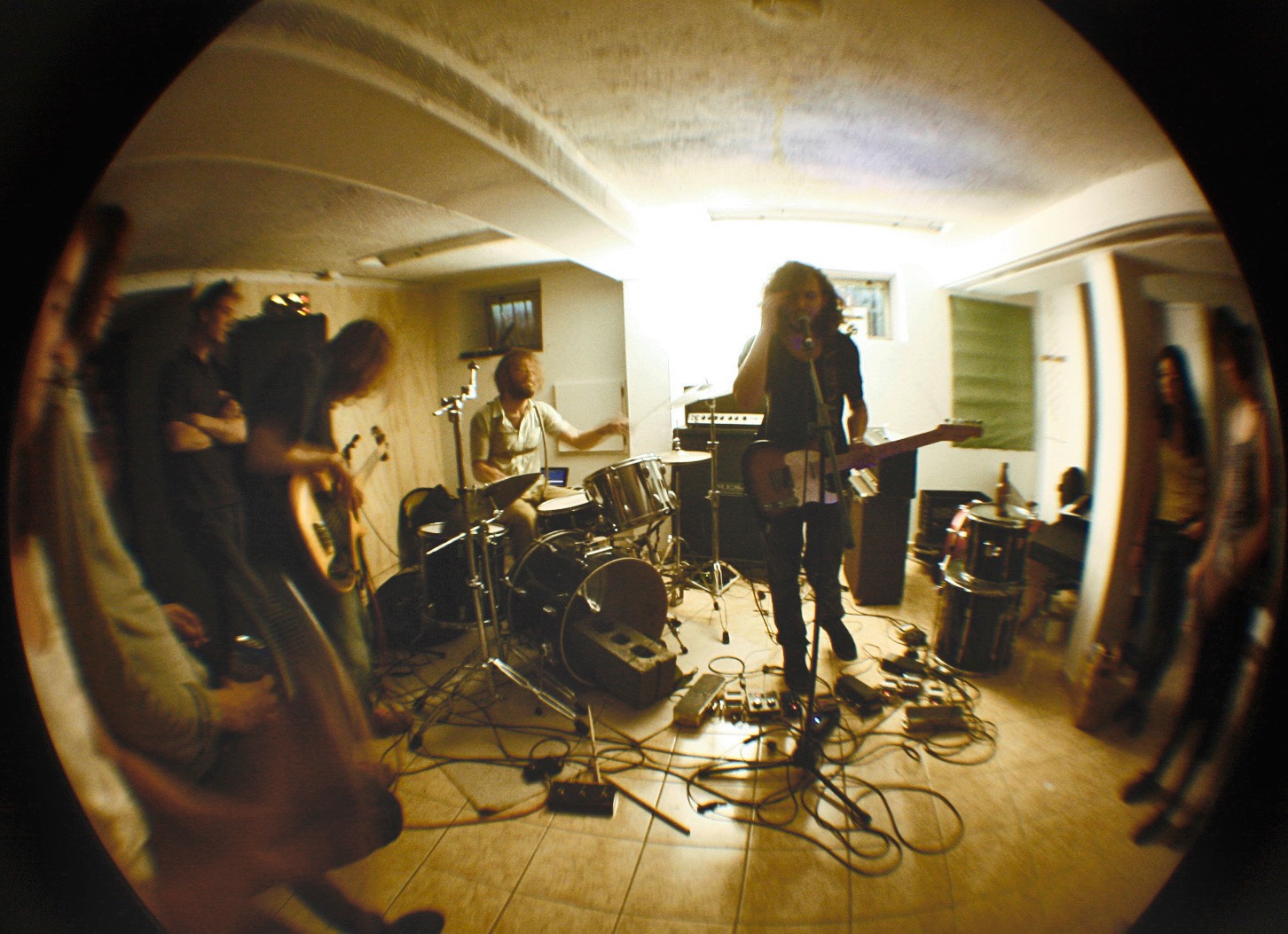 We’ve been playing a lot in NY lately and are going on a mini-tour this June, with a bigger one to follow towards the end of 2012. We’re hoping to get back into the studio at the end of the year and aiming for a follow-up release some time in 2013.