Brooklyn band Weird Owl is one of the better examples of nowadays psych scene with some really catchy and chill out atmosphere especially on songs like “White Hidden Fire”. They released an EP and two albums.
Interview:
Thank you guys for taking your time! Weird Owl was formed in 2004 in Brooklyn. Tell me about the beginning…how did you guys came together? Why the name Weird Owl?
The story of how our name came to be is quite a tale. The four original members of the band had been on a hiking trip deep into the wilds of an uncharted forest, surviving only upon what we could forage from the land itself. We came across a strange, glowing pulsing rock that we presumed to be a meteorite. It had an eerie green glow about it, and upon closer inspection, we found out that it was emitting audible frequencies of a definite pattern. We wrapped it in a red cotton cloth and took it back to Brooklyn and hooked it up to some machinery we’d been developing for the band. We realized that the frequencies could be transposed on a graph of letters in order to spell out words. When we mapped out what the meteorite was spelling, we arrived at “W-E-I-R-D O-W-L”. We took it as a sign that this rock was some sort of outer space ouija board and that it was giving us our name.

What did you play at the start?

We have always played our own variety of psychedelic music–a sound that we felt replicated the inner dimensions we’d cruised through to get where we were at any particular moment in linear time. A sonic architecture of the unconscious. 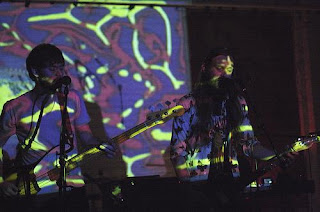 Nuclear Psychology is your first EP released back in 2007. This was your own release right? What can you tell me about the EP? It’s obvious you are a big Floyd fan, not just for the cover, but we can also hear a lot of influences in your music…

We put out this record ourselves. We never expected many people to hear it, and there are some things I wish we had done differently before releasing it. 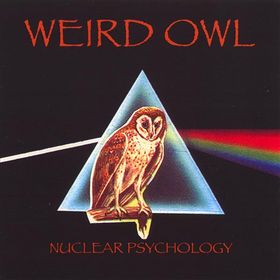 The cover was a quick joke having more to do with our self-presumed spot in the continuum of mind-music more than it has to do with any great reverence for Floyd. We felt as if we were the sons of a certain musical father (in a collective sense) and that it was now time for the son to assert his independence.
In 2009 you released Ever the Silver Cord Be Loosed on Tee Pee records. The album has a really great psych sound! Would you like to tell me how did the recording sessions went and what gear did you used?
Well, thank you very much. This recording session was unfortunately very quick due to our limited budget. We were only in the studio for 5 days or so and as a result, had to work very quickly and hastily. The sound on that record is mainly Fender guitars through Fender amps (I play a ’72 Telecaster Custom reissue through a mid-60’s Tremolux) as well as our trusty Roland VK-7 organ. There was also a bit of Wurlitzer, too. 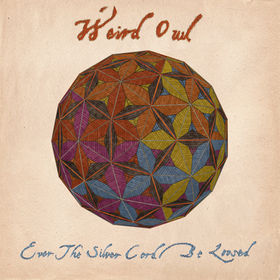 I really dig the cover artwork…
Once again–thank you! My wife and I collaborated on the album’s artwork. We have worked together a few times for different band projects. Most recently, we made a video for our song “Skin the Dawn” off of “Build Your Beast A Fire”.

Your latest release is called Build Your Beast a Fire. Again you produced a really nice folky psych album. Do you like it more then predecessor? Would you like to tell more about the background of the album?

I like this record much more than ETSCBL, personally. We had much longer to work on the songs, and I feel that we were able to make a more consistent document of our sound. There is a variety amongst the songs, but they are cohesive as a collective unit, giving it a real album feel as opposed to a group of unrelated songs. We worked mainly with Justin Rice at his studio in Kingston, NY. It was a much more comfortable and welcoming vibe than we’d previously had in a studio environment, and I think that translates into an album you can nestle into like an old and well-loved blanket. 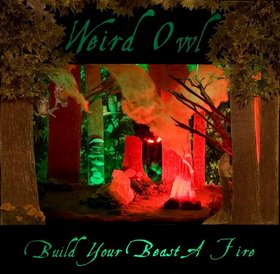 What are some of your future plans guys? Tour? Europe?

Right now, we are hunkered down and writing a lot of new material for our next release. We’re not sure when it will come out or who will put it out, but we have gotten focused on a slightly different direction for us. I am excited for everyone to hear our new voice. It’ll be a cosmic campfire freakout. We’d love to make it over to Europe and have talked about making it happen. Perhaps after our new record is done we’ll make the trip. 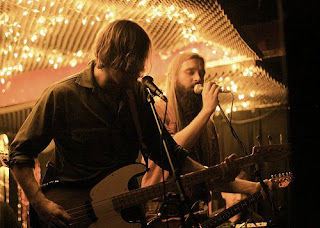 Thank you very much again for your time. I hope we see you soon in Europe! Would you like to send a message to your fans and  to all It’s Psychedelic Baby readers?
Thanks very much for your interest; we are pleased to be included in the fine canon of Psychedelic Baby interview subjects. And to all of your readers: thanks for your support, and as times get weird, remember: only the Weird will Survive!
Trevor Tyrrell
Brooklyn
2012 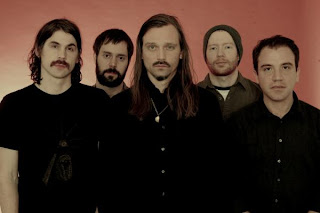