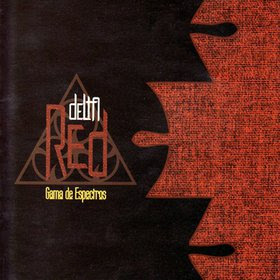 I’m not a professional of modern music. Honestly speaking, I hate everything that is modern – music, movies, clothes, hair styles. I live in my own decadent world which is caged in the past – world which you can hear in the old vinyls and see in movies like Easy Rider.
But – echoes of this world (speaking of music) can be found even today in bands who’s playing is under the same inspiration which source lies in the past. Even today we can found interesting stuff which sounds like it is from the past times – excellent blues rock Black Diamond Heavies, psych prog lunatics We’re Late for a Class, heavy psych Brutus, etc.
Not so long ago (thanks to my friend Yamile Tabet) I heard about one magnificent band from Queretaro, Mexico. I listen to the album “Gama de Espectros” and just can’t believe. I keep listening to this beautiful album over and over again and always find something new.
Well – here I heard everything I love in music – pure emotions which could be find in more peaceful works of King Crimson or ELP, wild jamming a la Baby Grandmothers, intelligent improvisation which reminds of more complex prog artists like Brand X or Smak, and even anger which comes from screaming distorted guitar riffs.
Their music is so complex, but so fluid at the same time and this is characteristic which only few bands got – for example you have many underground psych bands that create very transcendental sounds which fly under our usual senses of space or time, but when you analyze their playing you can find it very naive. The thing lies in pure emotion (or in LSD). On the other side you got many prog bands whose playing is almost mathematically perfect. Every note is in logical order and that kind of music usually forgets about deep emotions and can’t go through secret ambients of unconscious – because it came only from mind and not from heart. But Delta Red can do both! How? I don’t know. Every sound in album is unpredictable, but it’s not a chaos like some jam bands sometimes creating to. They really know what they are doing, and what they want to do.
Delta Red are true successors of old Mexican prog bands like Nuevo Mexico, Chac Mool, High Fidelity Orchestra. Their sound maybe comes from a past, but I’m sure they have the future.

Review made by Martin Okun/2011