Interview with Brooklyn, New York based The Vacant Lots!

When and where was The Vacant Lots born?

Thanks for taking the time. The Vacant Lots were formed in the summer of 2008 in Burlington, Vermont.

Tell us about the beginning of the band?

After auditioning a number of musicians, I got a phone call from a 15 year old drummer who responded to a poster I put up around town. I was looking for musicians to form a rock n roll band. After having little success at finding a second guitarist and bassist, I decided to just continue as a two-piece. By that time I had already written enough songs to play live and thought about moving ahead with just guitars & drums. Instead of playing sitting down, I thought it would be more powerful if the drums were played standing up getting more of a Native American sound. So, holes were drilled in the bass drum and the hi-hats were removed and that was the percussion section. And instead of trying to get a million effect pedals for the guitar sound I just bought myself a Silvertone amp & plugged straight into it with a Gretsch Country Gentleman and got the heavy & intense sound I was looking for. And, then I added the drone box and a projector to shoot projections (which we hand-picked) at us as we played live. That was the early foundation of The Vacant Lots. 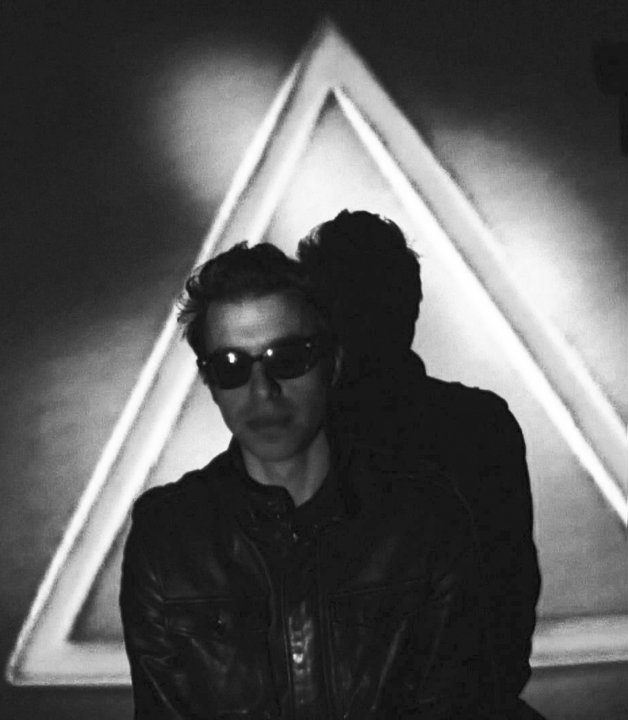 Why the name ‘The Vacant Lots’?

I liked the duality of the name and the contrast. It was like saying one thing and the opposite in the same phrase. I have always been attracted to duality and opposing forces. You know, like trying to distill order from madness, madness from order, beauty from evil. These were also things I was writing about at the time. I also liked the letters TVL.

What are some of your influences?

Were you in any other band before forming The Vacant Lots?

I had one in high school that I put together when I was 16, but that didn’t last very long. Lots of rehearsing and pot smoking, one demo recording & one show, and that was that. But, no, I started this band two and a half years ago, and it’s been my only band.

You released three albums in 2009. The first one is called ‘Hypnotized’. Then you released ‘The Vacant Lots’ and the latest is called ‘According to the Gospel’.

Well, actually the order in which they were released is the self-titled, ‘According To The Gospel’, and ‘Hypnotized’. They were all released in the same year and made in the same way: within a weekend or less. I was learning as we went along and working very fast. Time was not on our side. I really hadn’t spent much time in a studio before and technically felt very limited to how the whole process can be engineered. I had all these sounds in my head and went into the studio with a layout of everything. I would just pick up any instrument laying around the studio and try to find a part for it in the record. For example, finding the african percussion instruments to add to the ending of “Confusion” off of ‘Hypnotized’. Most of the overdubs on those records were made up in the studio. As much as there was a structure like going in the studio with the songs to record, there was a great deal of spontaneity by not knowing what or how each song would sound in the end. It was like building from the base of the triangle up to the top. But it was more like a catharsis or release once I started working, it all started to come out and work itself out together. Each record was more like a documentation of what we sounded like at that time and an experimentation of what we could do in the studio. The first record was how we sounded live with only 2 overdubs on the whole thing and ‘Hypnotized’ being more produced and filled with layered waves of sound. The 4th record we recorded has not been released yet and is currently being mixed. I am hoping for a 7″ & LP out very soon. 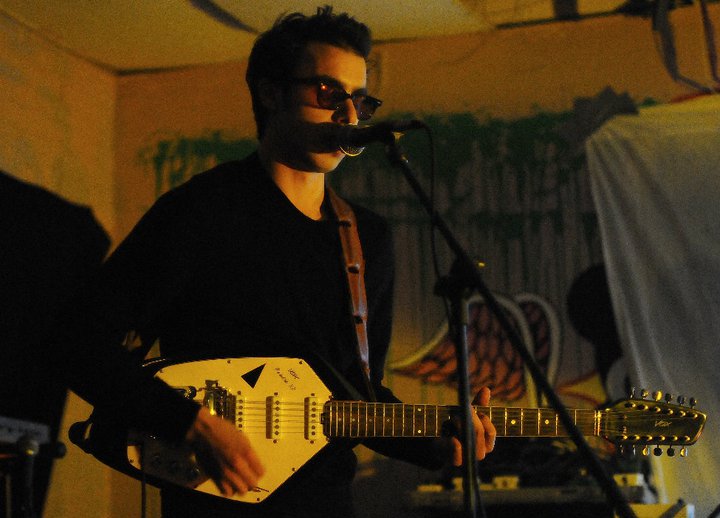 Would you mind telling us about the songs.

I tend to write a lot and fill up notebooks. I like to go thru these notebooks sometimes and pick out lines I like and put them together. Something new happens when you choose from what you have already done. I have written a few songs this way. And for the rest, I’ll go thru the writings from a particular time period and start forming songs together, bringing back the mood and ideas and trying to correspond them with the music. The song writing often strives towards a kind of ambiguity. That way each person can interpret it in their own way. Hopefully, they’ll walk away with a new perspective. I would wish that the songs have a trance like effect but wake you up at the same time and inspire. 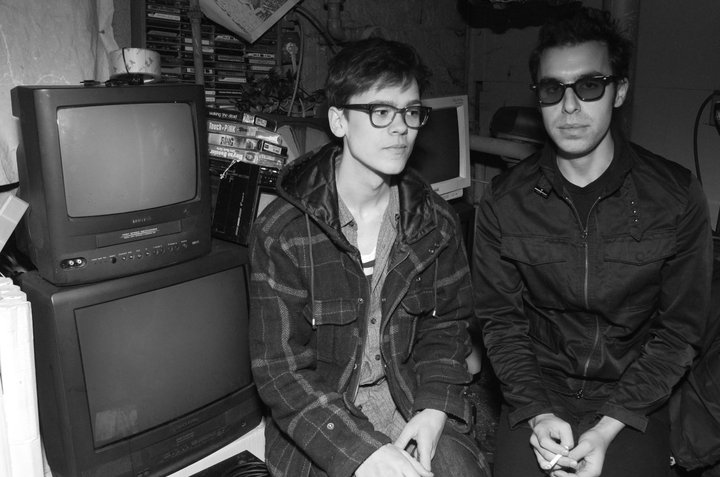 You have a new single out. It’s called “Confusion”.

Yes. We released “Confusion” 7″ on Mexican Summer in late January of this year. It sold out in 6 weeks but the digital download is still available on the Mexican Summer website. I am working on the next single now and a full length is expected to be out soon.

How is touring going for you?

We have played some amazing shows with bands like Spectrum, The Black Angels, The Fiery Furnaces, The Black Ryder, Asteroid No. 4, Cheval Sombre, Screen Vinyl Image, The Vandelles and Here We Go Magic. I like the adventure of each night, going into a different city and discovering new things. When we toured with Spectrum last year, that was one of the most positive experiences to date. Sonic Boom’s music has been a huge inspiration on me & he was one of the early supporters of The Vacant Lots by inviting us on tour with him. Spectrum is one of my favorite bands of all time, so being part of that experience meant a lot to me & helped the band travel out. 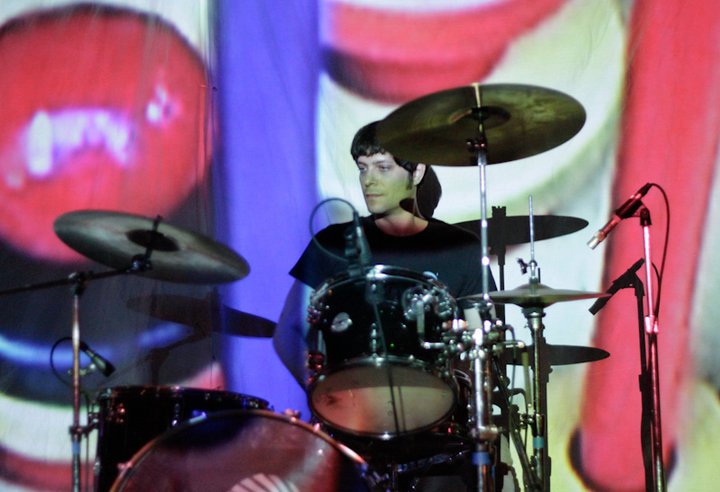 What is your opinion about ‘psychedelic scene’ these days?

It seems it is simultaneously a very small community and a big pool to draw from with new emerging bands and bands that have been in it a while. I think Reverberation Appreciation Society and The Black Angels have found a successful way to bring together the old and the new bands and fans of this music with Austin Psych Fest. We really enjoyed playing this festival. I think the psychedelic scene is also growing and expanding as well as influencing other types of music, whether that be commercial or underground. 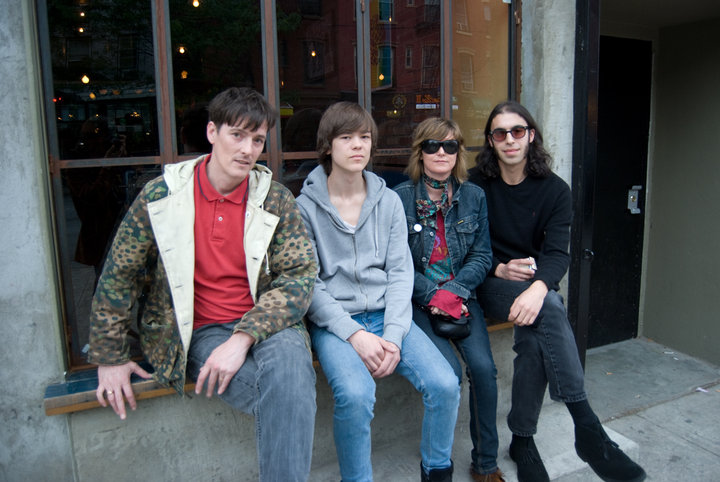 Thank you very much for your time and effort.