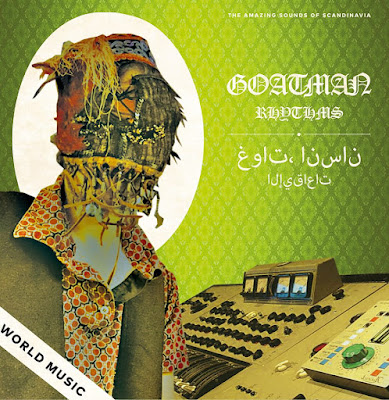 Concept? No… I don’t think so? Or maybe the concept was just to make a badass album.
Can you share some further details how your latest album Rhythms was recorded and released?
On and off for a year. Mainly by myself. It will be released 12th of October.
Where did you record it?

At the incredible Goat high priest temple Hullabaloo Studio.
What was the songwriting process like?

It wasn’t much songwriting. Just recordings of rhythms and then overdub them with solos and vocals. I like to make music in very simple ways.
What would you say influenced you the most? Have influences changed during the years?

Influences both always change and always stays the same. For this album I have been influenced by a lot of old lo-fi African recordings and Mötley True demos.
How would you compare it to GOAT?

In the same way you compare apples and pears, lions and tigers, whiskey and bourbon, Cola and Pepsi…
Can we talk a bit about GOAT’s collective background? You originate from Korpilombolo, a small village in Norrbotten county. What does the name “GOAT” refer to in the context of the band name?
Greatest of all time. For obvious reasons.

The sound of silence.
When did you begin playing music? What was your first instrument? Who were your major influences?

Drums. I started when I was probably 1 year old. My influences then was other people playing drums. 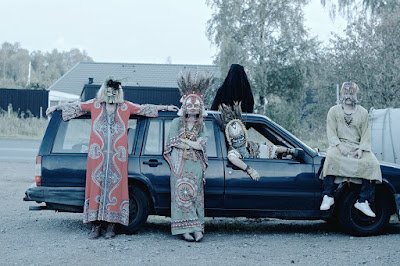 © Ante Johnson
Can you elaborate the formation of GOAT?

Play, play more, record, drink coffee, start all over again.
You made lots of changes to the lineup since you started. Why is that? What would you say are the main difference between World Music, Commune and Requiem. Would you be able to describe each with a few words?

We haven’t done any line-up changes. Where did you get that from? We have always been the same 457 people in Goat. The main difference between those albums are time. I could compare it like this: World Music is Aftermath, Commune is Their Satanic Majesties Request, and Requiem is Exile on Main St.. But I won’t compare it like that cause that is really stupid.
Are you a fan of any of the following bands: Kebnekaise, Pärson Sound, Embryo?

Yes.
How important is anonymity for you? What’s the concept behind it? Do you feel any connection to the Residents and their ‘anonymity’?

I don’t know the reason for them to keep their identities hidden, but we do it because we look so bad.
Your music is utilizing occult and psychedelic imagery. Would you like to describe your influences, ideas and notion behind GOAT?

Life and death, yin and yang, rock and roll, God… those kind of things.

Learn how to be a better chef in my kitchen. Maybe start jogging also. 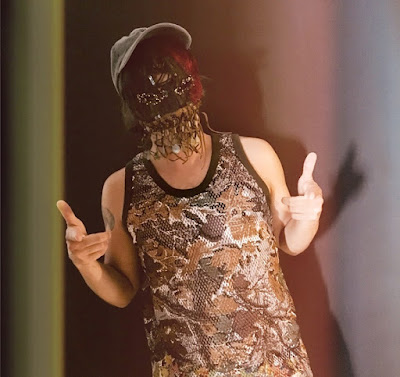 Are you currently working on some other projects?

Yes!! At the moment I’m playing free jazz. Highly enjoyable! We’ll see what comes out of it.
Let’s end this interview with some of your favourite albums. Have you found something new lately you would like to recommend to our readers?
I just got this question. I have to choose something else. Spinal Injuries by Cortex, Spiritual Unity by Albert Ayler, and recently I discover Galveston by Glen Cambell. Love that album.
Thank you. Last word is yours.