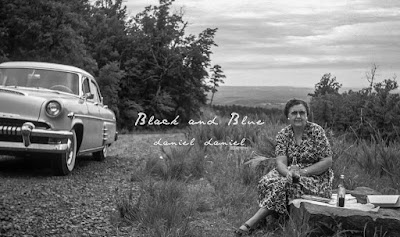 It was during my interview with Daniel Daniel this month (June of 2018) that I discovered both his love of cooking and our mutual affection for Anthony Bourdain (the Chef), with my husband having known Tony for many years. To that end, it was our hope that we might be able to bring Anthony and Daniel together for a bit of cooking and music in our home, perhaps film the evening, getting lost in what we all do best.

But alas, that was not to be, and never will be, as our hearts were broken at the most tragic loss of this enchanting man, with the planet becoming a little less rich without Tony strolling the side streets and back alleys in his tan desert boots. To that end, affected so deeply by an event that felt like a dream we just couldn’t wake from, Daniel did the only thing he could do, sat down in the wee hours of the morning and penned a gracious countryfied bluesy hypnotic number in tribute to Anthony Bourdain … all in the hopes of keeping his spirit and life alive.
This song is one of Daniel Daniel’s finest musical moments, as the notes lyrics and emotions are from the heart, with the larger picture being “embrace life, treasure your friends, recognize each moment for what it is, all while keeping the memory of those you’ve lost along the away alive with the beauty of their memories.”
– Jenell Kesler
“Black & Blue”
Verse 1
there’s a place around the bend
over the hill where you and i’ve never been
what lies there, behind it’s fence
I don’t know but you’re coming along, my friend


Watch the golden sun set in Timbuktu
swim the ocean, and will climb to views
We’ll travel the world, just me and you
Nashville transplant, Daniel Daniel released his debut record, The Lonesome Hollow on May 4th, to rave reviews and has quickly established himself as a major player in the music industry. Daniel teamed up with nine-time Grammy award winner, Mike Piersante (Adele, The Civil Wars, T-Bone Burnett, Elton John, and O Brother Where Art Thou), producer Matt Williams, and healthy stock of acclaimed musicians consisting of drummer legend Jay Bellerose, bassist Jen Condos, David Piltch, and pedal steel players Eric Heywood and Russ Pahl. Daniel has crafted a beautiful set of songs that showcase his versatile and warm vocals, memorable melodies, and a simplistic approach to arrangements.
Anthony BourdainDaniel DanielJenell KeslerPremieres