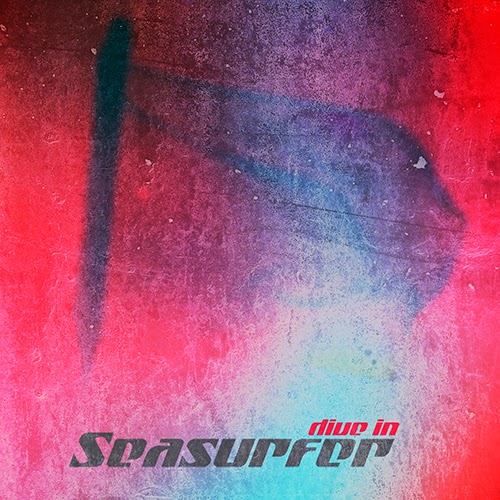 Is the world ready for Dreampunk? This German trio hopes so,
and their debut long player introduces us to the latest hybrid in the
never-ending world of sonic subgenres in which we live in (all apologies to
Macca!) Black metallic shards of glistening guitar fuzz weave around Dorian’s
icy, Teutonic Siouxsie vocal inflections on opener (and debut single) “Stay”.
And appropriating a Banshee title for the dreamy closer (“Fireworks”) is just
inviting the already strong comparisons to the Ice Queen! And the goths are
gonna love this – imagine a female Andrew Eldritch, only a little smoother
around the edges. “Hide” is another early favourite, with its soaring guitars,
Dorian’s strident, emotional vocals, and the tight rhythm section propelling
the track heavenward. An obvious choice for next single, it’s even better than
“Stay”.
There’s
a dancey vibe to several tracks which invites Clan of Xymox comparisons – maybe
it’s that European darkwave influence, but the gloom and doom are kept to a
minimum and listeners will hear more of Saint Marie’s patented Nugaze ambience
at work here. But fans of sophisticated boom-booms are not the only ones to
benefit from this exciting release. ‘Cloudjumping’ is as infectious as the
common cold (and a lot more fun), “The Big Panthers War” is an exhilarating
amalgamation of nugaze, dreampop, and chilly dancefloor reverberations (even if
I haven’t the foggiest what it’s about!), and the title track (presented in
Dorian’s native tongue as “Nacht Nukleus”) introduces the “dreampop” element to
their sound that expands their musical horizons beyond the earlier europunk
elements and offers hypnotically soothing sounds of the “chill out” variety. A
nice change of pace from the more aggressive tracks, which prevents the album
from disintegrating into a maelstrom of sameness that often suffocates debut
albums from artists who’ve discovered a new sound and are loathe to deviate
from their basic modus operandi.

So, kudos to Seasurfer for giving us something new,
dazzling, and addictive. Another winner from Saint Marie and an album I’ll dig
out often throughout the year.