Tin House was formed in 1969 by Floyd Radford on Guitar, Mike Logan on Drums and Jeff Cole on Lead Vocal and Bass. They were signed to Epic Records and released a hard rock classic. The album was produced by Rick Derringer.

Were you or others in any bands before forming Tin House?

How did you guys come together to form Tin House?

Jeff, Floyd and I were all in Marshmellow Steamshovel a six piece band. The band was awesome and had a huge following in Florida but we were like the North and the South and did not get along very well. So one day we were playing in St. Augustine at a local club and I asked Jeff and Floyd to meet me on stage for a little jam. Well we started off with a Jimi’s version of Hey Joe and wow it was friggin great. After about 20 minutes or so we saw the rest of the band watching us and giving us the evil eye. I took Jeff and Floyd outside and said “Guys, we need to quit this band and go three piece, the money will be better and three piece groups are really hot right now.” Both Floyd and Jeff said “Cool!!” In the next couple of weeks we practiced a lot and played all original songs that the three of us wrote together. After six months of hard work and twenty six original songs, we went out on our first gig at the Winter Park Youth Center, a teen club filled with little beautiful Hippie Girls.

Three sets of originals mixed with some Led Zeppelin and Jimi Hendrix went over quite well and the place was packed like never before. Tin House was fast becoming one of the top bands in Florida!!

In 1971 you released single and album on Epic. How did you get signed up by Epic?

It all happened at one of our gigs “winter’s End Pop Festival” near Orlando Fl. In 1969. We were second in line to open the show and the rest is history, we blew away over 100,000 people that day and we were called back on stage for three encores, so the promoters asked us to open for Johnny Winter the next night. Well standing in the wings was Steve Paul (Johnny’s manager) he stopped me just as I was leaving the stage and gave me his phone number. He told me, that we are great and if your band ever gets up to New York please give a call, I would love to help your band out, I took the number and off the stage I went. Well the festival really shot the group from a garage band to one of the best bands in the south almost overnight. Bookings were off the hook, we opened for almost every big name group that came to Orlando. So it’s off to the studio we went in 1970 at Bee Jay studios Orlando. Floyd and Jeff were still in their last year of high school and I just graduated from winter park high in 1969. I had a close friend, Bruce Behrens so I asked Bruce to manage the band and help pay for demo tapes and new equipment. Well Bruce loved the group so he said “ok” Now comes the good part. After the demo tapes were done our engineer at Bee Jay sent a copy to Clive Davis at CBS records. The tapes ended up in Larry Coen’s office (president of Epic Records) and sitting in front of him was none other than Steve Paul working on Edgar Winter’s record deal. Larry said “Did Johnny play at the Winters End Pop festival in Florida.” Steve said “yes, why” Larry said “ there was a young group called Tin House that opened the show and got more standing ovations then all the groups put together, have you heard them” He answered “ yeah, that’s my new group “ Larry said “I’ve got their demo tape here and It’s great. 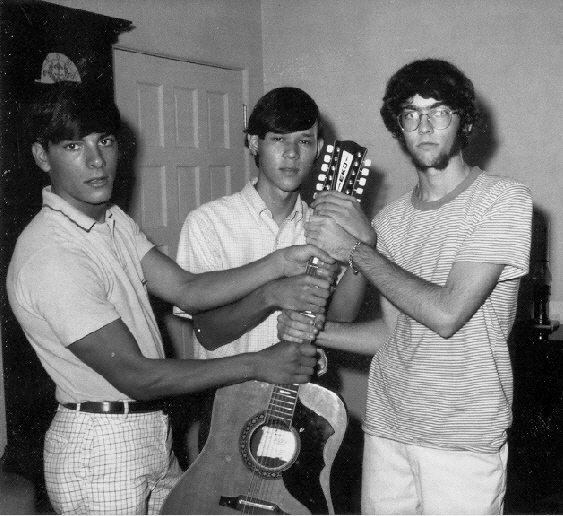 Well to make a long story even longer, Steve Paul called me that night and made a pitch to manage Tin House and get them a record deal with CBS Epic Records. Off to New York we went, but first Floyd and Jeff had to finish school or their parents would not let them go. In the summer of 1970 Tin House moved into a 6 bedroom house right next to Johnny Winter in upstate New York on the Hudson River.

We were in Heaven, and had a record deal a big house on the river all the gigs they could play and then it hit. Edgar wanted Floyd to play in his band so Tin House would have to tour with him instead of Johnny. This was fine until Leslie West from the Group Mountain wanted us to tour with his band. It was a California tour from one end to the other, 28 days and 20 shows. Steve told the band “you can’t do the tour with Mountain, you need to do the shows with Edgar” So Tin House stayed in the North East and finished the dates with Edgar.

The best memories we had during our 2 weeks of recording at CBS Studios in New York were awesome. Rick Derringer produced our band and it was his very FIRST job as a producer. Rick sang some Oh la la’s on 30 weight blues and he played a celeste keyboard on »Tomorrow«. The coolest thing that happened was when Dino Danelli drummer for the Rascals came up to our studio and asked me if I had any wood blocks and cowbells, I said heck yeah follow me. We were in studio E on the 6TH floor and all of my drum case and extra gear was on the 2ND flood next to studio B. Well Dino and I were tearing through the gear looking for some percussion pieces when I said someone is playing bass in studio B let’s take a peek. I opened the door in the back of the storage room and looked inside…I shut the door and told Dino, friggin Paul McCartney is in there recording and he’s playing a Fender Bass!! Dino opened the door and closed it back real slow, the look on his face was awesome. He said, Holy Shit Mike it’s really Him. I opened the door again and sat inside the studio and watched Paul playing bass while standing on a milk crate or soap box. I watched for about ten minutes when he turned around and saw me sitting there. He nodded and kept playing to a very cool song that had the name Uncle Albert in it, damn was that cool. I went back to our studio and grabbed both engineers and Rick Derringer and said Paul McCartney is recording downstairs in studio B. We all jumped into the elevator and pushed floor 2, when the door opened right in front of us was Paul, Linda and the kids. Linda reconized Rick and we all started talking about the the Beatles but Paul was hungry and said “I would love to talk but it’s tea time” Rick looked at me and said “Damn Logan, I thought you were going crazy but it really was Paul” I miss those days a lot.

I hated the cover artwork and thought it looked like hell. 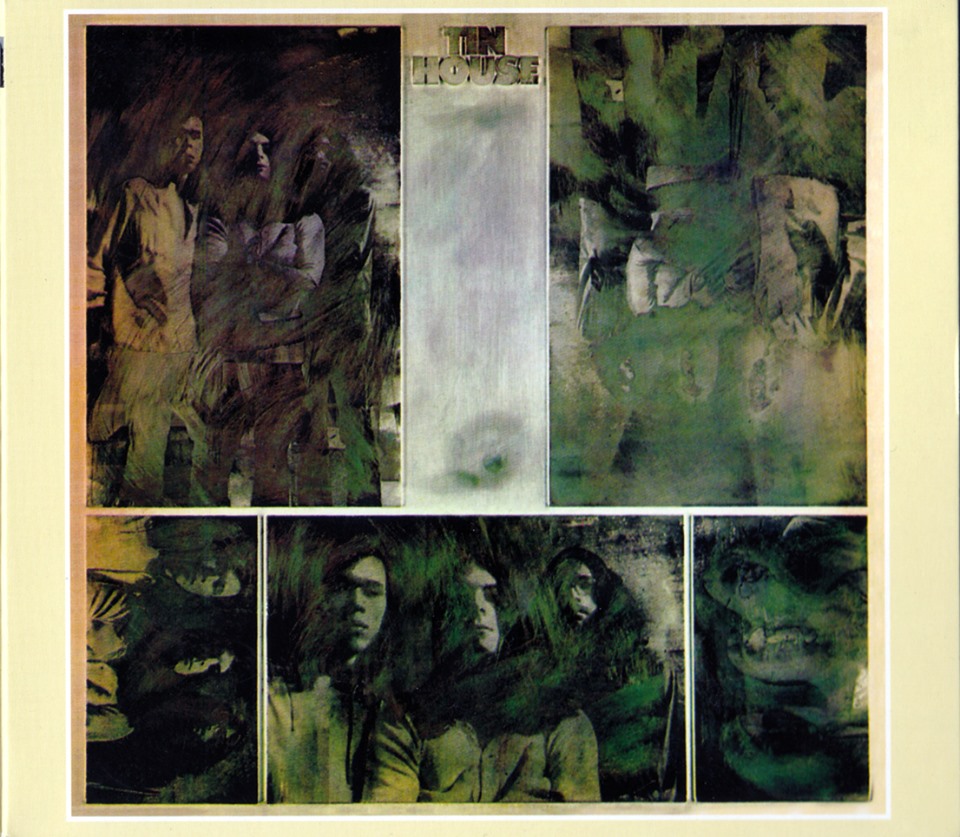 They pressed 250,000 but due to Edgar Winter swiping Floyd we never got to tour the West Coast, so the album did not do as well as we wanted. We did very well all up and down the East Coast and Eastern Canada. CBS did sell all our records but Teddy Slaytus bought the last remaining 3,000 copies and I wish I knew where they are now because our album sells for over $100 if you can find one. 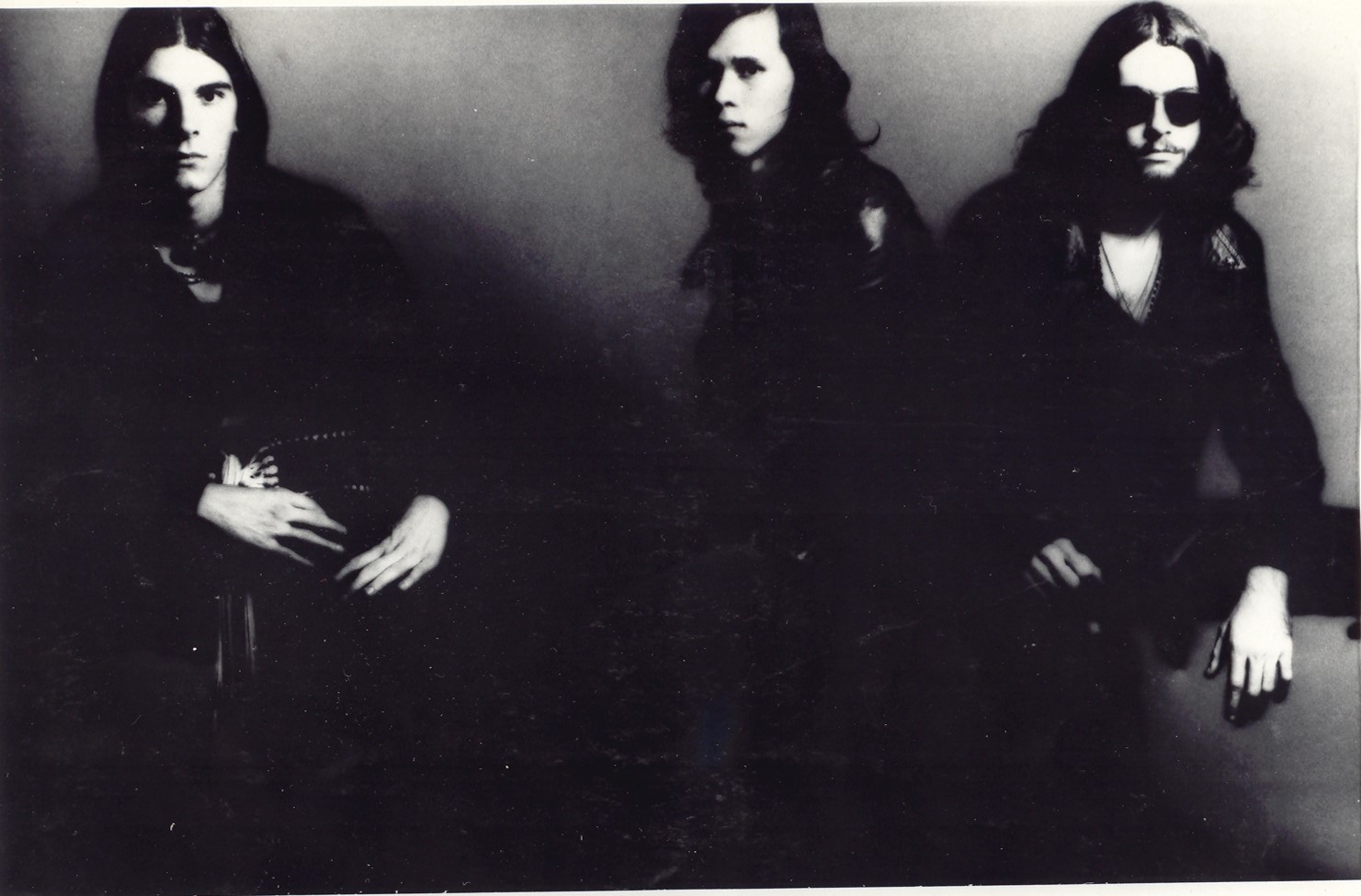 We toured mostly up and down the East Coast from Miami to Canada and we also played a lot in Detroit.

Not much to tell about touring with Tin House, Johnny & Edgar Winter. We would fly in play sleep then fly out. I did not like the idea that Edgar stole Floyd from us so I quit the band and headed back to Florida. 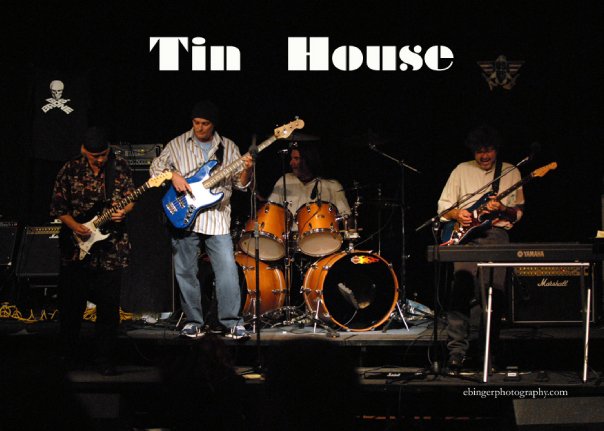 Yes. We would like to thank all the incredible people around the globe in almost every city that have supported TIN HOUSE for over 40 years. Please check out our new cd “WINDS OF PAST” It has four songs that did not make it on the first album in 1970 and lots of new tunes written by Mike, Jeff & Floyd along with our new members Dave Mikeal, Jim Smith & Roby Crouse. Thank You It’s Psychedelic Baby Magazine!! GOD Bless & Keep Rockin, Tin House