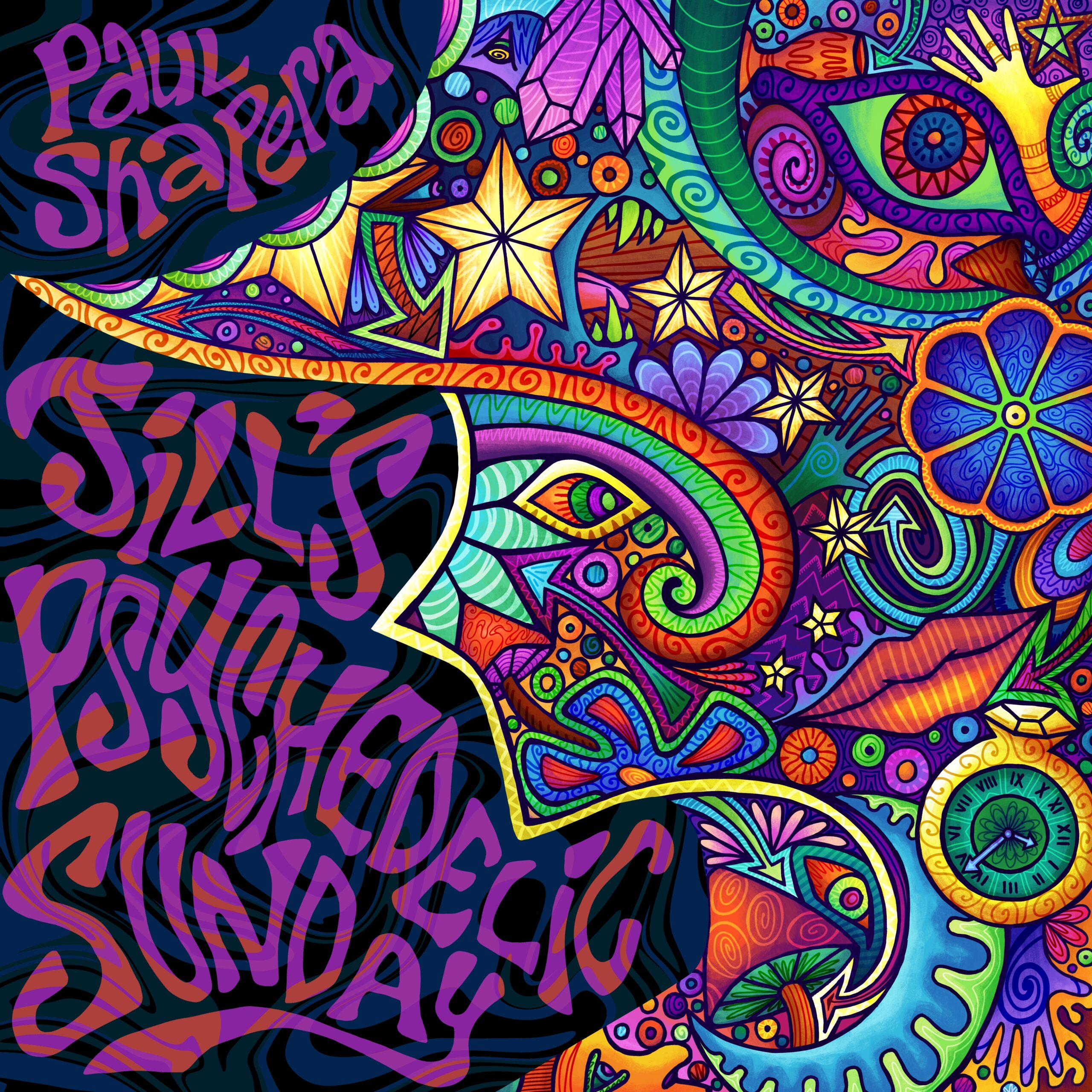 Paul shares this about Jill’s ‘Psychedelic Sunday’: “This one was the one I just simply wanted to listen to. I was what I wanted to play on Spotify.”

It explores different sides of psychedelic music, a sprawling, vague genre he’s been in love with since he first started being blown away by music. Each track features a spoken snippet. They were the first to be written of the album and are meant to be ideas that seem like they could be expanded into intriguing larger stories but which are meant to remain as they are, each being a small spoken bit somewhere in each of the album’s tracks. In most cases the story snippet was written with no idea of what the eventual music around it would be.

Paul Shapera makes pulp operas. His work is very much like an epic science fiction book series, but told in highly emotive music, like an opera cycle made with various forms of popular music. Just as pulp fiction covered everything from hard boiled detective stories to Buck Rogers, Tarzan to Flash Gordon, Paul’s albums fantasy musicals cover a 180 year span of history in the fictional city of New Albion. Albums can shift genres from steampunk to dieselpunk, atompunk to weird west, psychedelic to cyberpunk, depending on where in the timeline the story is taking place. These strange tales are full of morally ambiguous characters, high drama, intricate world building, and soaring melodies.

Originally from Pittsburgh, Paul is an American living in a small village in Serbia, having moved there straight from New York City, creating sci-fi musicals in an old, Balkan farming village. His work has grown steadily due to online word of mouth and has a very active and enthusiastic fanbase that creates art, cosplay, and animatics of the characters and songs.