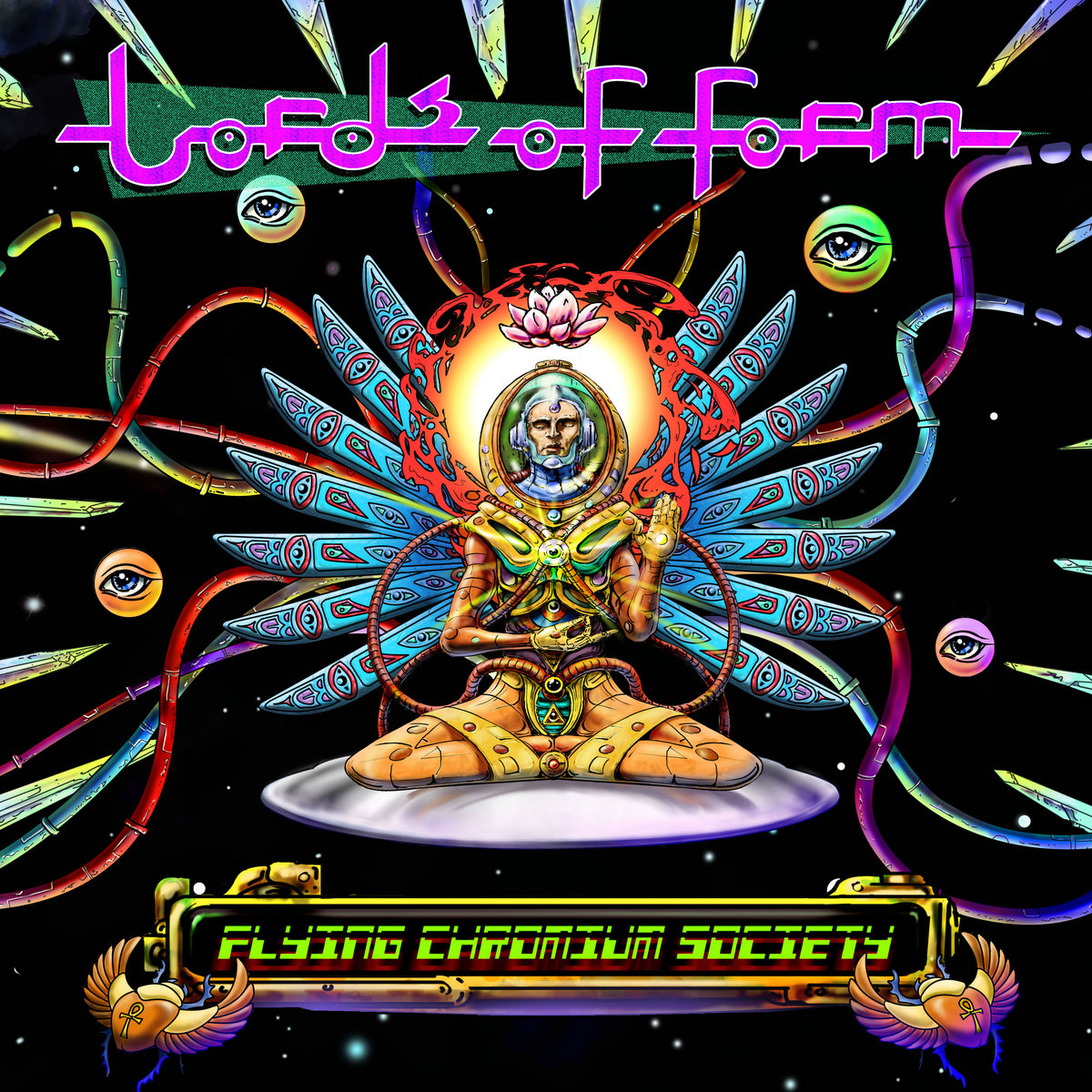 ‘Flying Chromium Society’ is the latest release by Lords of Form. It is comprised of a handful of previously released tunes from the band’s EP catalogue with the majority of the album being new material.

Led by Hawkwind alum Niall Hone who plays the role of writer, producer and multi-instrumentalist, the members also include guitarist and vocalist Ross Fuller and drummer Jamie Gillett.

Initially, it starts out with a heavy psychedelic ebb and flow before it blazes into a mind bending ‘It’s Revolution Time’, stopping suddenly, and plummeting into an abyss. Then…it picks up and drives like a freight train through the depths of the galaxy.

‘Tribes Collide’ is one part straight ahead punk and another part complex space rock set to stun. ‘Anomalies’, in contrast, starts out with echoes of screaming feedback before transitioning into finely composed electro-acoustic folk. This is a very dynamic piece that moves in and out of timelessness with interweaving synth and guitar tonalities that sound as though they are emerging from a dark chasm deep inside the earth.

The title track, ‘Flying Chromium Society’, begins with vocalizations that seem to contain a message hidden in dark crevasses of consciousness that can only be obtained through its full waking realization. Reverb laden guitar and synth are accompanied by transcendent whispers and the swirling sound of a ship landing on an alien planetscape. Time seems to move and then stand still again and again.

Finally, a hypnotic shuffle on the drums gradually leads into fiery improvised guitar work by Fuller and the band lays back into a jam. Then, again time comes to a full stop while Hone seems to speak an alien language with his synth phrasing. Are these words that can only be understood by those from another universe? What do these phrases mean? Fuller approaches with feedback as the hidden whispers and vocalizations begin again. The band suddenly lays back into a space shuffle, Fuller leading with articulate guitar work, before it all stops and the whispers descend back into the unconscious.

Although Hone was a member of Hawkwind and recorded several excellent albums with them, there are no Hawkwind covers here. The writing, musicianship and production are solid, and while the material is not pared down as it is live on stage, the band brings a very deep psychedelic experience.