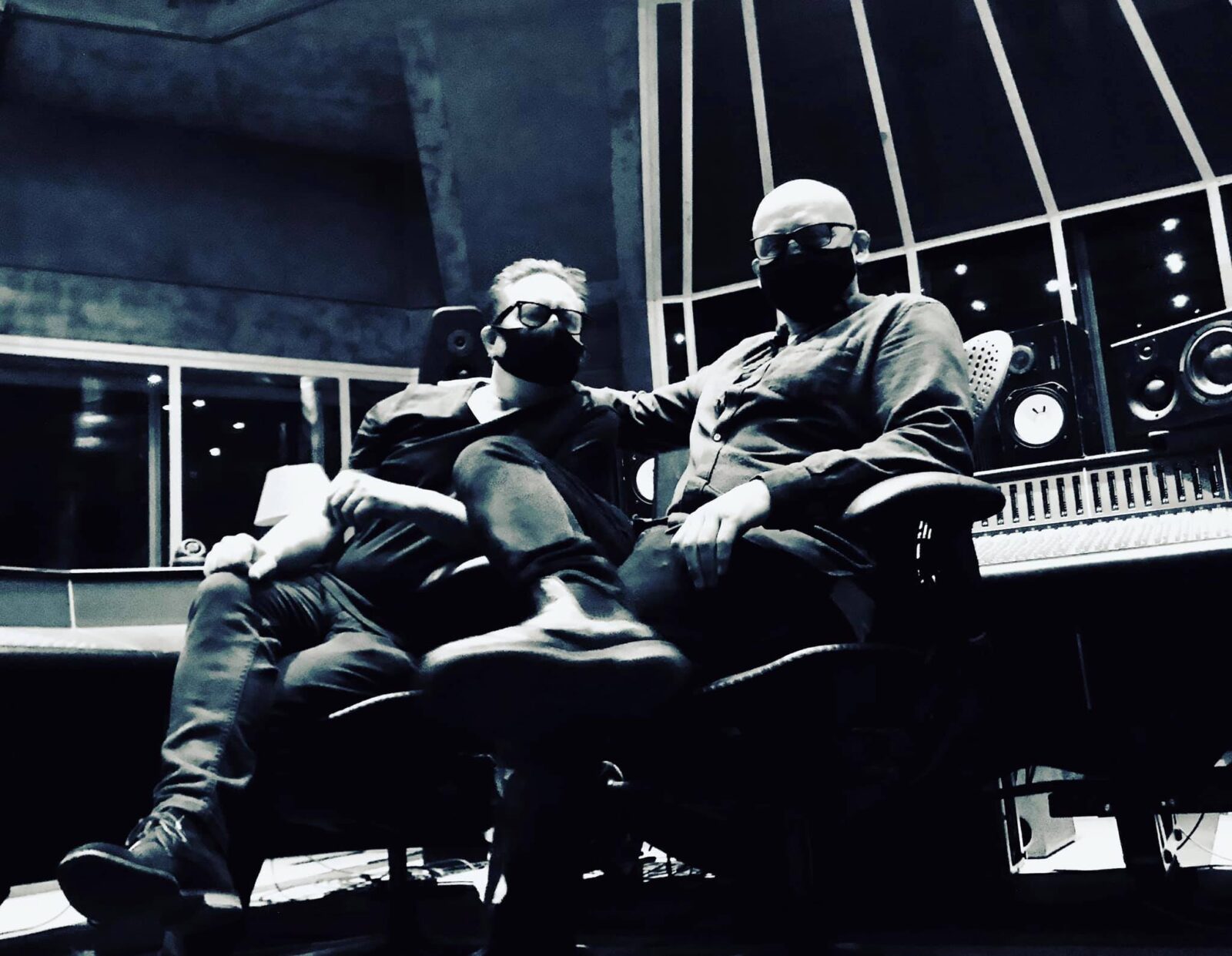 Noise in Your Eye is a duo of experimentally focused musicians, who bring together elements of jazz, modern composition, film-score, electronica, ambient and free improvisation.

The project was originally formed in Box, Wiltshire in 2007 by long-term collaborators musician/producer Adrian Chivers and musician/artist Daniel Pennie.

​The duo’s deep-set ability to craft music intuitively and impulsively, stems from a desire to avoid typical processes or generic structures. Since its conception, the band’s original source material has been primarily culled from live improvisations. What follows is a gradual process of emphasising the melodic lines which have occurred during the performances. This approach gives the music a unique sound; it’s formed spontaneously in the room, then refined to create a definitive composition.

A decade of such sonic adventures has resulted in ten eclectic compositions that make up NIYE’s compelling debut. It is made even more momentous by a line-up of distinguished guests whose diverse range of performances bring depth and colour to the imaginary soundtracks. To listen to this visual-music is to drop immediately into a shimmering and highly cinematic universe… The result is as potent as it is sublime.

How did you first get interested in music and what are some of the early bands/projects you were part of? What were some of your first musical involvements?

Daniel Pennie: Music became a way of life early on at secondary school for both of us. I would always seek out music at the margins opposed to the more mainstream “pop”. Film soundtracks always featured heavily for me; West Side Story, The Shining … loved Spaghetti Westerns. I would record sounds and random bits of dialogue on my trusty Telefunken tape recorder directly from the TV – I didn’t know it at the time but I was creating early sound collages. ‘Evening Star’ by Fripp & Eno was also a game changer.

Daniel Pennie’s Art background lends a unique perspective to the Noise in Your Eye project including ongoing developments in painting and collage as well as explorations in cross-platform medias such as photography, film, sound & installation art. An experienced improviser he now uses the electric guitar as a source creating soundscapes through loops, layers & treatments. Using “prepared guitar” he pushes the instrument beyond its physical limitations and creates a kaleidoscopic textural “colour” that squeezes out electronic nuances like paint from a tube.

Adrian Chivers is a producer and musician, it is his vast knowledge of constructing sounds and orchestrating the spaces between them that compliments Noise in Your Eye music so well. He lends innovation to the music as well as being the glue that holds all the elements in place. His close association with Peter Gabriel, Realworld and Womad has resulted in numerous collaborations with a multitude of acclaimed worldwide Artists, he has always been attracted to the idea of a music that is free from a specific cultural reference point.

How did you get involved with The Michael Giles Mad Band?

We originally formed MAD Band with Michael Giles, it was an equal partnership as the name suggests; M-Michael, A-Adrian, D-Dan. initially, we asked if Michael would play on some of our early recordings, it was during one of the recording sessions at Adrian’s home and Studio, Ebenezer Chapel that we decided to throw away the shackles of the normal recording process and set up a room full of found objects, dustbins, tool kits, kitchen sink as well as conventional drums and guitar. We recorded an hour of free improvisation and so MAD Band was formed and went on to release two full albums, one featuring Keith Tippett and a handful of UK & European shows.

With ‘Noise in Your Eye’ (NIYE records, 2021) we set out to craft music intuitively and impulsively. It stems from a desire to avoid typical processes or generic structures. Since NIYE’s conception, the band’s original source material has been primarily culled from live improvisations. What follows was a gradual process of emphasising the melodic lines which have occurred during the performances. This approach gives the music a unique sound; it’s formed spontaneously in the room, then refined to create a definitive composition.

How was it to collaborate with such legendary musicians? What was the energy in the studio and how did the creative process look?

We were so lucky to collaborate with such a momentous line-up of distinguished guests on both albums. They brought such a diverse range of performances that added depth and colour to our initial ideas. They were all so supportive of the project and really believed in what we were doing, we are eternally grateful to them all.

The NIYE approach lies in our love of film and the concept of an Imaginary Soundtrack. A potential soundtrack that is steeped in the themes and narratives of late Twentieth Century Cinema. We grew up on that stuff, it helped shape who we are and we desperately miss that spirit of independent film-making in today’s cinema.

We would like to pay our own musical-homage to the directors who made intoxicating and daring films – we make reference to David Lynch, Wim Wenders, Jim Jarmusch, Pedro Almódovar, Stanly Kubrick and Nicolas Roeg to name a few.

You are collaborating with some well known musicians, mostly coming from the UK.

Where was the record recorded and what the process looked like?

Our eponymous release was recorded at Real World Studios and Ebenezer Chapel, Box. We are currently recording NIYE’s second album at RealWorld Studios, due for release on NIYE Records later in the year. [Interview was conducted at the time of recording it]

What are some of the most important musicians that influenced your own style and what in particular did they employ in their playing that you liked?

We’re big fans of classical film scores, but at the same time composers like Jonny Greenwood and Mica Levi are definitely helping to open things up. The main problem is that more experimental scores are still not seen as “credible”, some people think they will destroy a film’s commercial success. If the director lets you do what you feel intuitively is the right way to go, then you have a lot of options to, not reinvent the score, but at least think about it beyond a way of describing the images on screen. Hopefully in the future, film music will be much more experimental. We also like Christina Vantzou a lot, a composer and multi-media artist who creates long, slow-moving ambient soundscapes that blend electronics and sampled elements with orchestral arrangements.

We are big fans of ECM, Manfred Eicher’s Edition of Contemporary Music label. ECM artists often refuse to acknowledge boundaries between genres. We also subscribe to their motto: “the most beautiful sound next to silence”