‘It Emerged to Hold Me’, the first solo album by Alessandro Incorvaia, released today by Shimmering Moods Records.

‘It Emerged to Hold Me’ is inspired by and dedicated to those emotional and mental states that are somewhere dormant inside for a while, but then start to gradually manifest and take control of the individual, up to the moment of holding them completely. Music wise, this album is built around layers of synths, guitars, keyboards and samples which blur and mold into each other to create rarefied and dreamy moments of floating calm from where storms and heaviness slowly emerge.

The album has been mixed and mastered during the summer of 2021 by Piernicola Di Muro (aka Bewider) at his Wider Studio Music in Rome, while the artwork is by polish tattoo artist, illustrator and designer Uls Metzger (Dogma Noir).

The album is released today by Shimmering Moods, an independent boutique ambient label based in Amsterdam.

Watch the video of ‘And now it holds me, completely’, and read the interview.

“The album is rooted in a personal situation I faced”

Who is Alessandro Incorvaia? Would you like to talk a bit about your background?

Alessandro Incorvaia: From a music background standpoint, I have always been a record junky, ever since. I was/am/always will be a Dischord-Touch & Go-Quarterstick-Gravity-Ebullition type of kid. I grew up with that type of sound, and more in general with that approach, during the second half of the 90s. Although that was my imprint, I was anyway not only about that, and back then I used to listen to what is labelled as shoegaze, certain electronic (in particular, what Morr Music was releasing at the end of 90s, beginning on 00s), the first three Tortoise’s records are amongst my absolute and forever favourites, and I started discovering free jazz, and so on… Later on, from one side I went deep in the path of spiritual jazz, and, from another side, there have been certain records, like Oren Ambarchi’s ‘In the Pendulum’s Embrace’, Black to Comm’s ‘Alphabet 1968’ and Yellow Swan’s ‘Going Places’ that had the role of gateway doors to more experimental music. And these two streams are my biggest passions in music still nowadays.

I have also been making music since quite some time now. Minor and unknown type of projects, nothing that managed to surface. I am particularly proud of Hornschaft, a collaboration between my best friend Giordano Simoncini and I, which was an experience of images and sounds culminating in ‘Check Out’, an Art Photography Book & Record exploring the concept of “checking out” through excess, exposure and death.

‘It Emerged to Hold Me’ is my first solo record and somehow is the type of album I desired to make for such a long time, but I never had the mindset, inspiration and skills to do so.

Besides music, I am 41 and share my life with two wonderful people, my 10 years old son and my partner.

I’m guessing you were affected by the pandemic and the album is partly influenced by the isolation we were all experiencing as a society?

While ‘It Emerged to Hold Me’ has been written and recorded during the third UK lockdown, its inspiration, the events that brought me to it and the need to do it are not connected to the pandemic and that isolation that we all experienced and that you mentioned. The album is rooted in a personal situation I faced, which happened and would have happened anyway despite the pandemic. 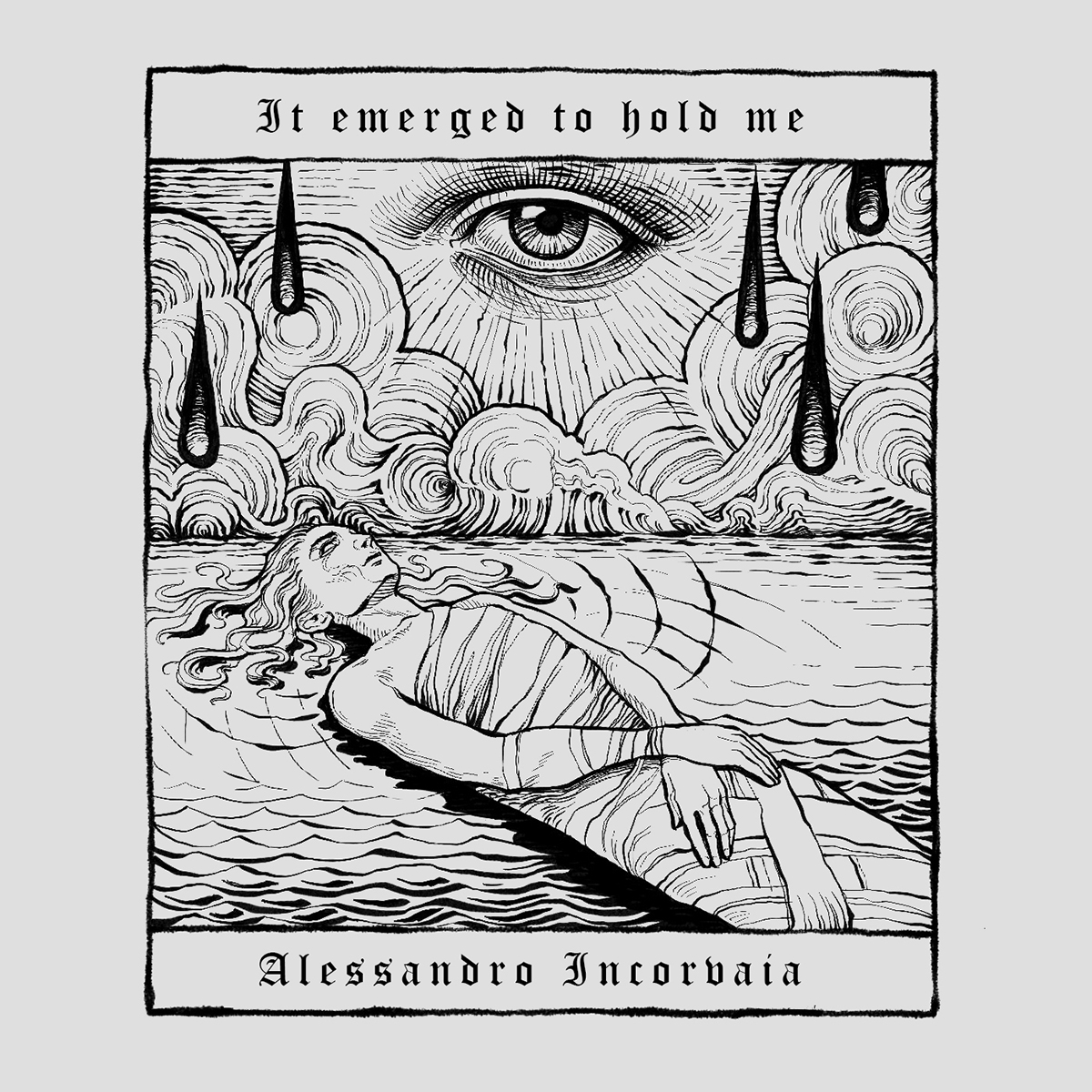 How did you approach music making and what can you say about the equipment and technique you were using?

The story and approach for ‘It Emerged to Hold Me’ is the following.

I have not touched my instruments since some time when I started to work on it. I got pushed into making music again by a therapy that I was following as of January 2021. It needed to be part of my daily routine together with other activities. I recorded any sketch that was coming up. After a couple of weeks, I thought that maybe this was the time to shape and develop all these materials further and make something tangible out of it, like a record. I really wanted to accomplish this, so I listed all the things I needed to do and even gave myself a timeline. In this way, the 6 tracks of the album were basically recorded by the end of March 2021. Then I spent like a month working on certain details, mostly the low-end parts, and doing a sort of pre-mix for my friend Piernicola Di Muro (aka Bewider, aka Wider Studio Music), who mixed and mastered the album, to work on it.

During the two months in which I recorded the album, I kept repeating to myself a statement that I read in an interview of Rafael Anton Irisarri… he said that you do not need all the gears you think you need to make a good ambient record, but rather use the limitations as part of the creative process…so I made my workflow out of what I had…a very basic synth, my guitar and my trusted Reface CP, a small mixer board, some hardware effects and a VST granular sampler (which usage I kept at minimum as I wanted the record to be hardware-driven). I kept playing and recording the ideas that I was developing using all the different sources and gear together as if I was in a live set, looping and mixing them while playing. Then once the shape of a piece was more or less definitive, I started to focus on its single components and individual tracks, isolating them, reflecting on them, recording them separately and then re-assembling them all together to finalize each piece of the album.

All this playing and recording was done in a headset. I was forced to do this as my family and I were all working and schooling from home, but at the same time I also did not want anyone to listen to what was happening in my small room. That’s why (doing all in headsets) I then spent a month re-working the bass/low end sounds.

Where was the album recorded?

I recorded it in my apartment in West London, all by myself. This was the first time for me. I loved the process so much and I really learned a lot. So now, I really look forward to doing it again and do differently what I realized I did not do very well on the album. Like a sort of redemption from previous mistakes. And actually, I am also looking forward to new mistakes, like a never closing circle. 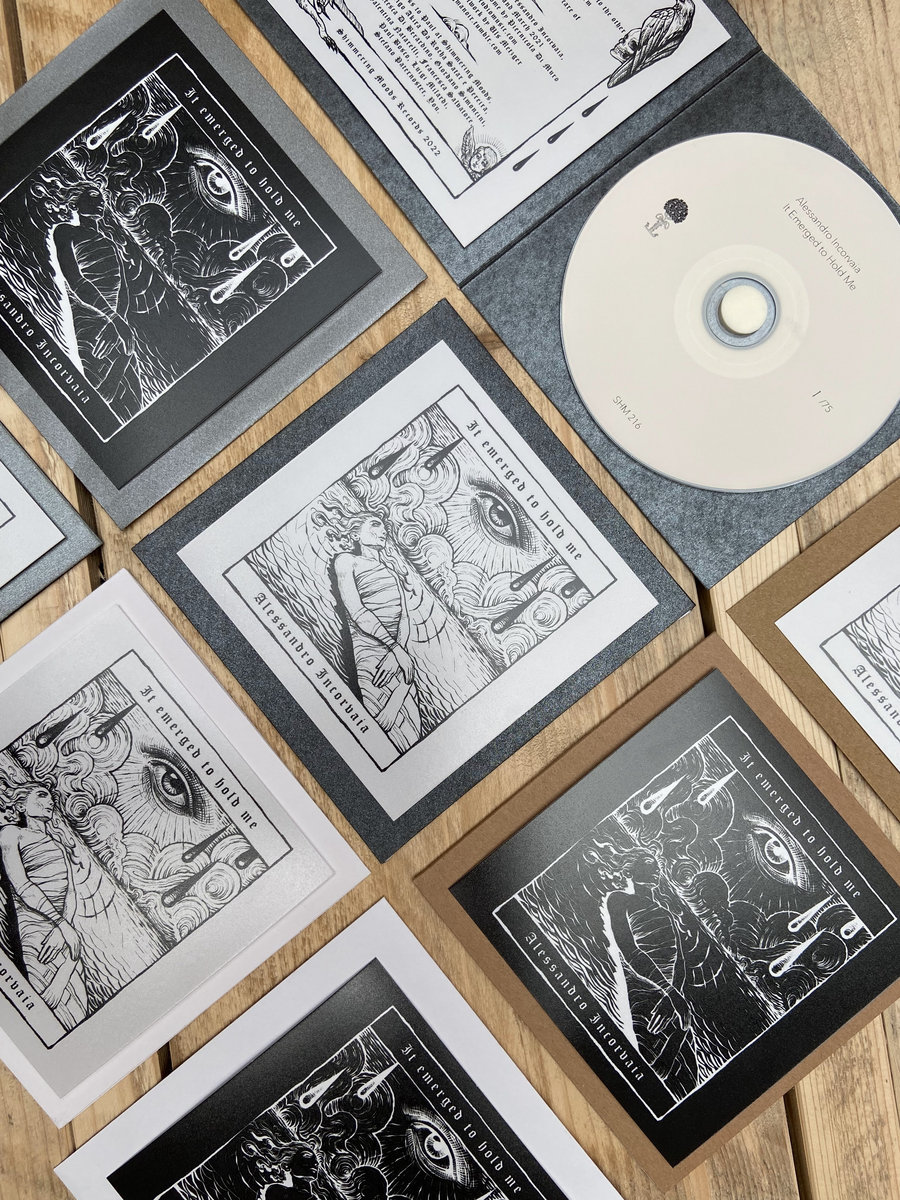 How would you describe the album in a few words? To me it feels like it’s filled with different emotions…

I am not good at doing these things. What I can say though is that it’s the most genuine way in which I can describe what was happening to me during that period, beyond any word. To your point, there are plenty of different emotions. I think it can reflect lots of emotions even different than the ones I was feeling when doing it. I like to think that any listener can find their own story in it. I am not sure I can articulate further on this point.

What are some records that influenced your music?

There are too many records that influence me. It can be an endless list. However, I do know what I was listening to the most while I recorded the album as I keep track of these things. Leandro Fresco and Rafael Anton Irisarri ‘Una presenciaen la brisa’, Tapes and Topographies ‘A Pulse of Durations’, Slowdive ‘5EP (In Mind Remixes)’, Carmen Villain ‘Sketch for Winter IX: Perlita’, Chihei Hatakeyama ‘Forgotten Hill’, Meitei ‘Komachi’, Irreversible Entanglements ‘Who Sent You?’, Ekin Fil ‘Coda’, Terumasa Hino ‘Love Nature’, The Awakening ‘Hear, Sense and Feel’, Flora Purim ‘Butterfly Dreams’, Julia ‘Julia’.

What are some future plans for you regarding music making?

There are three things I am focusing on now from the perspective of making music.

I collected quite some sketches for the follow-up to ‘It Emerged to Hold Me’. I would like soon to get my head down into this and shape a second record. I think this is the moment to do it and I would not like to have too much time passing before having a follow-up ready.

I am also playing bass in Ritual Error, a band I have with three beautiful people here in London. This is like my “return to the origin”. We are inspired by the bands of Washington DC’s Revolution Summer and certain San Diego’s bands that we love, Drive Like Jehu mostly.

We have our first gig planned for July 9, recorded a demo and we are considering going to a studio to record our first EP somewhere in September this year.

Last, I have a band with some of my best friends and my partner, Summer Funeral. I play keys in it. You can check out our cover of ‘Pretty Please’ by Dua Lipa (!!) on our Instagram as we even made a video for it. One of our main inspirations is The For Carnation S/T record from 2000. As we all live on different sides of the world (two of us live in the US), we play only once or twice per year for a couple of weeks in a row when we are together back in Italy for vacation. We just spend endless nights playing music together, with beers and prosecco, in a rehearsal “cave” that the drummer built. I am so attached to this band. I just love it because it is about doing what I love the most with people I am deeply connected with. Making a full record with them is my dream.