The band describes their forthcoming album as a set of “mini-anthems about insomnia, drinking, and human connection. Sometimes cynical. Sometimes romantic. Always with loud guitars”.

Speaking on their newest single, the band wrote:

“The song was recorded soon after a friend’s memorial service as a tribute to him and a few other good friends we lost during the pandemic. We wanted to capture the reckless spirit of buddies who find a surrogate family in the music scene. The song ends up being a snapshot of the mixed bag of emotions that go into grief–anger, longing, but ultimately the hope that being in a silly rock band can actually provide some kind of healthy cathartic release. It’s become a centerpiece of our live set.” 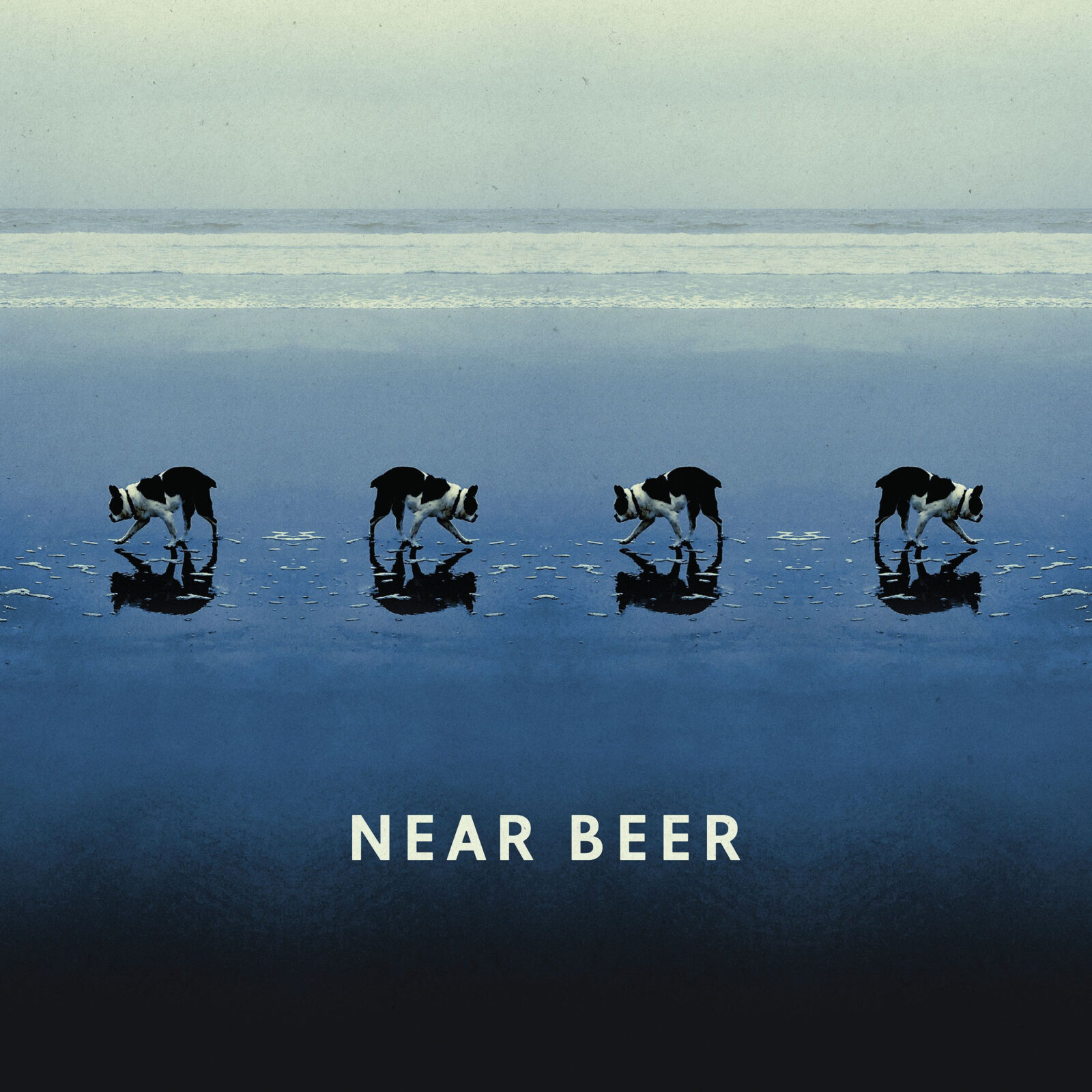 “A lot of my favorite artists were punk bands who didn’t seem satisfied being punk bands”, explains Siara, “so you see them pushing at the edges of their limited abilities…. That’s where I think a lot of my favorite music exists — where ambition exceeds talent, but the bands still go for it anyways”.

He continues, “It’s a sort of slacker restlessness. You can be lazy as shit — you can love beer, and a good nap — but still want more out of life”.

If that sounds mildly philosophical, consider this: Siara is a big Moby Dick fan, mostly because “it feels like it’s written with such manic energy – poignant, hilarious, and tragic”. Which makes sense once you realize just how intense Near Beer’s album is lyrically. Aside from all that aforementioned talk of growing old gracelessly, there’s a fair amount of death on the record. In the span of recording the album, Siara lost a couple of friends, including a former band-mate from his short-lived outlet The Dog Creeps, and his actual dog Edna.

“Edna was my best bud”, says Siara, “and was with me the last 13 years, which was easily the strangest era of my life so far…. Anyhow, we put Edna on the cover”.

‘Mixtape Generation’ by Near Beer | Self-Titled Album Out Summer 2022