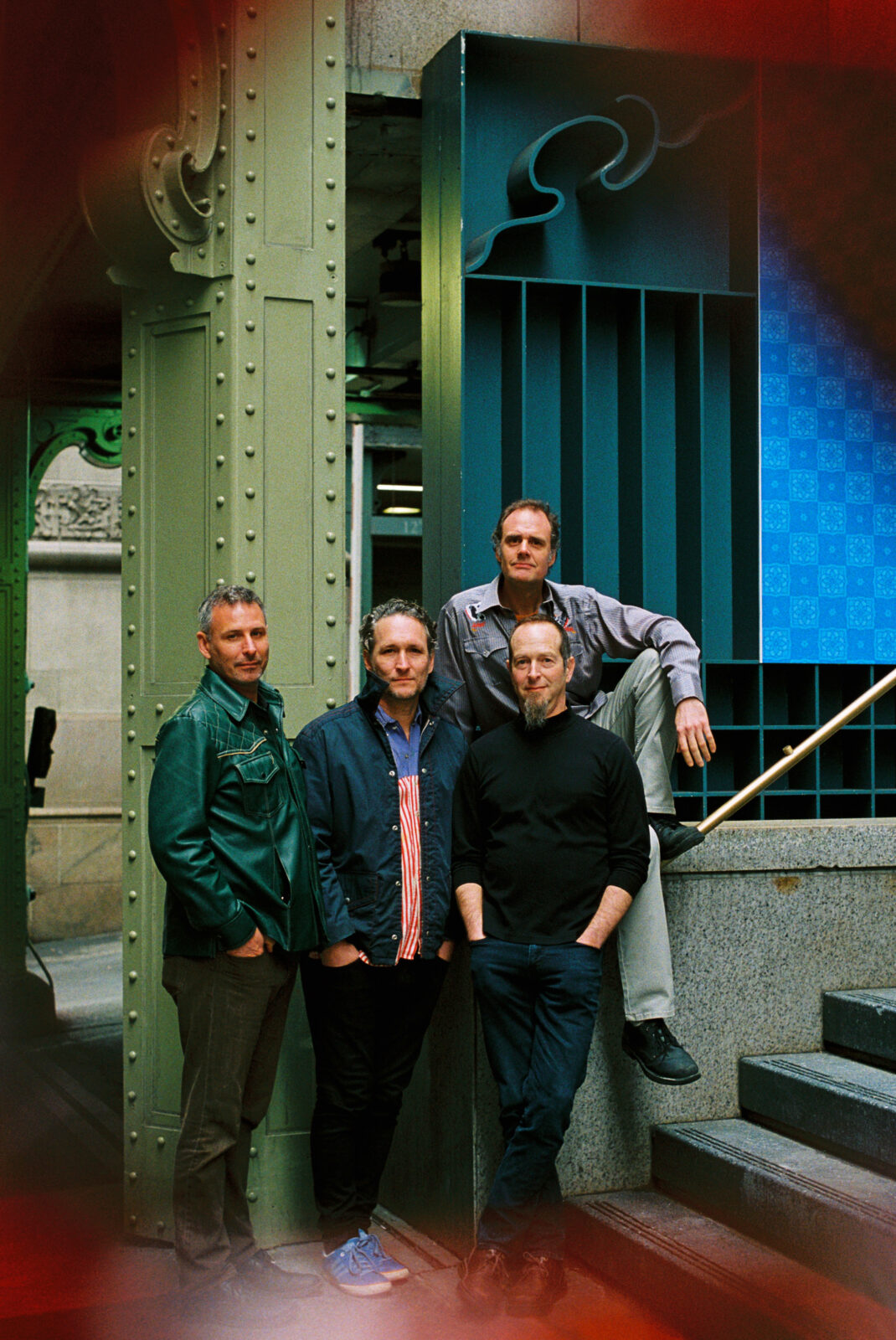 They developed a cult following across North America through extensive touring in the 1990’s.

Circulating over the years via bootleg cassette copies, The Mommyheads’ ‘Swiss Army Knife’ has never had a proper release. A rare favorite amongst devotees, this tape is far too special to have been trapped in obscurity for so long. While containing some stellar live cuts from an early incarnation of the group, this collection primarily showcases the wild creativity of Mommyheads songwriter Adam Elk who independently recorded these tunes on four-track during his teen years in Brooklyn. The songs herein are striking in their eccentricity: schizophrenic wordplay, mind-bending chord structures, acoustic mayhem, and DIY experimentalism all meld together within these colorful song fragments.

There is an unrelenting playfulness to this set that makes it a sublime joy to listen to; the manic creative energy is infectious all throughout. ‘They Call it Accident’ is driven by an urgent, plucky bass figure in 6/8 alongside living room thumps. ‘We Are Intertwined’ is a waltz number with clanging Rhodes chords and a miniature psychedelic circus detour in the middle. ‘Canoe Driver’ is a gorgeous piece of baroque pop, complete with string stabs and an ultra-catchy ping-ponging vocal refrain. As with The Mommyheads’ full-lengths that followed, a penchant for glorious melody underpins the whole collection. In fact, ‘Gravity’ and ‘Cactus Farm’ would end up on their thorny classic debut Acorn; they unfold with a youthful excitement here. These are the seeds of a stunning musical legacy and the homespun, idiosyncratic sheen render this package just as fresh-sounding today as it was in its early 90s obscurity.

It’s great to have you. ‘Swiss Army Knife’ is finally getting its proper release in a few days. What’s the story behind it?

Adam Elk: ‘Swiss Army Knife’ is our first known recordings from the mid-80s. Almost all of the tracks were recorded on a Yamaha MT-44 4 track Cassette recorder, which were recently transferred and mastered from the original cassettes.

“Four Track Generation” is a forgotten term now, but it was coined to describe a major leap forward for musicians in the 80’s to document their music, especially those who couldn’t afford to book a real recording studio. I’ve been listening back and trying to figure out if we’ve advanced musically or if nothing has changed since 1986. 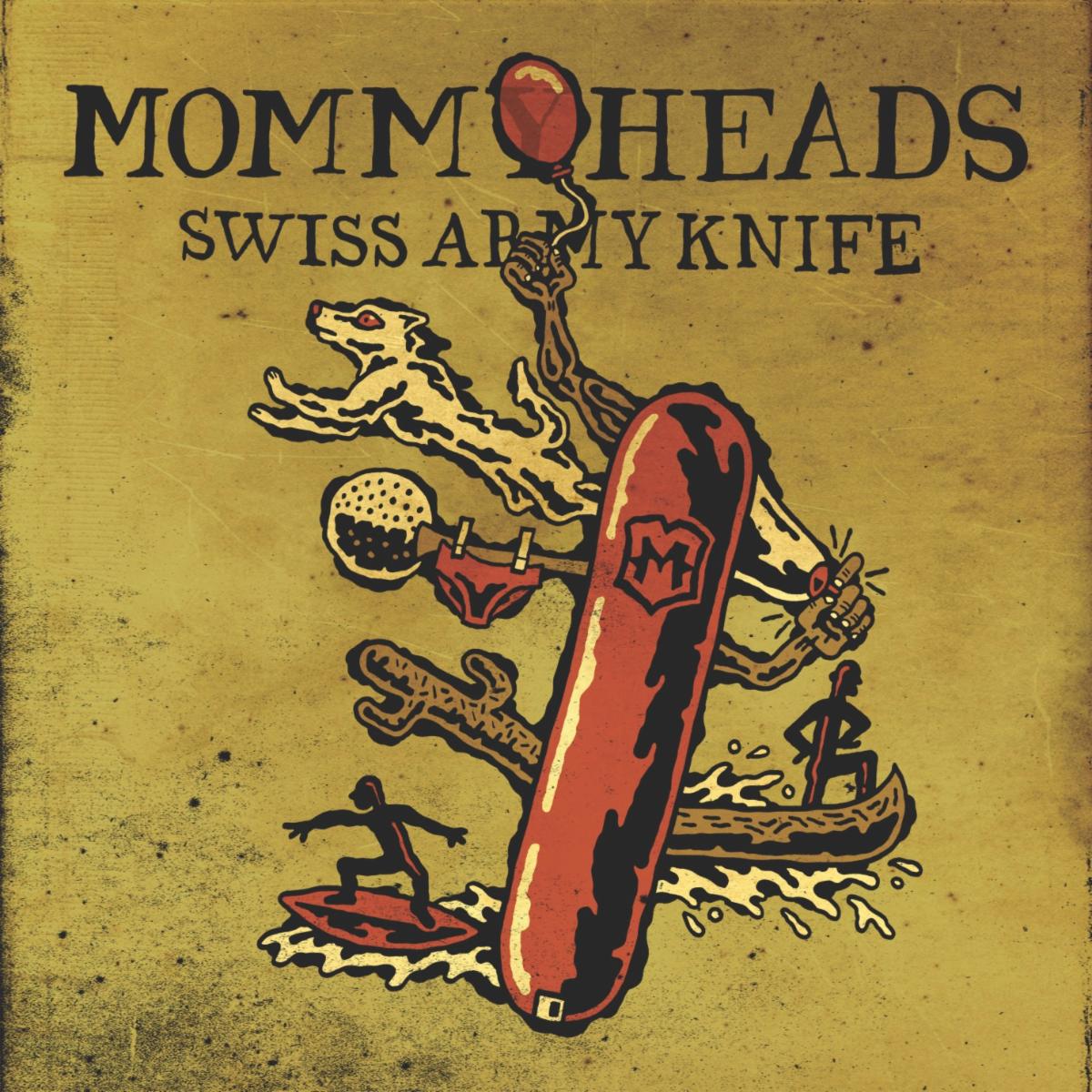 There are some stellar live cuts from the very early incarnation of the group.

CBGBs had a music series called “Off the Board” and would record and promote bands that they had an affinity for. Michael Holt and Dan Fisherman were in one of those wonderful bands called The Connotations before they joined the Mommyheads. The sound quality on those vinyl LPs were some of the best live recordings in NYC and if you ever see one in the used vinyl section, buy it!

Your first full-fledged release was ‘Acorn’, on Fang Records in 1989. How would you compare to the material on ‘Swiss Army Knife’?

‘Acorn’ was a very indie sounding LP but a much better recording in comparison. It was also the first fully realized version of those early Mommyhead songs highlighting Matt Patrick’s songs and Jan Kotik’s wonderfully inventive drumming.

Would you agree that ‘Coming Into Beauty’ has the most “psychedelic” edge to it? How was it to record it?

Although it was recorded quickly and on a very tight budget, ‘Coming into Beauty’ was and still is a very psychedelic record. We were heavily influenced by ‘Trout Mask Replica’, ‘Odessey and Oracle’, ‘Piper at the Gates of Dawn’. We didn’t have enough finances to really make it a true psychedelic production, so we tried to achieve that mood and feeling in the writing process. We were only 19 years old at the time and still very naive about the whole recording process. NYC felt like worlds away from LA’s Paisley Underground Scene but we did our best to create a small oasis of psychedelic pop in 1989. 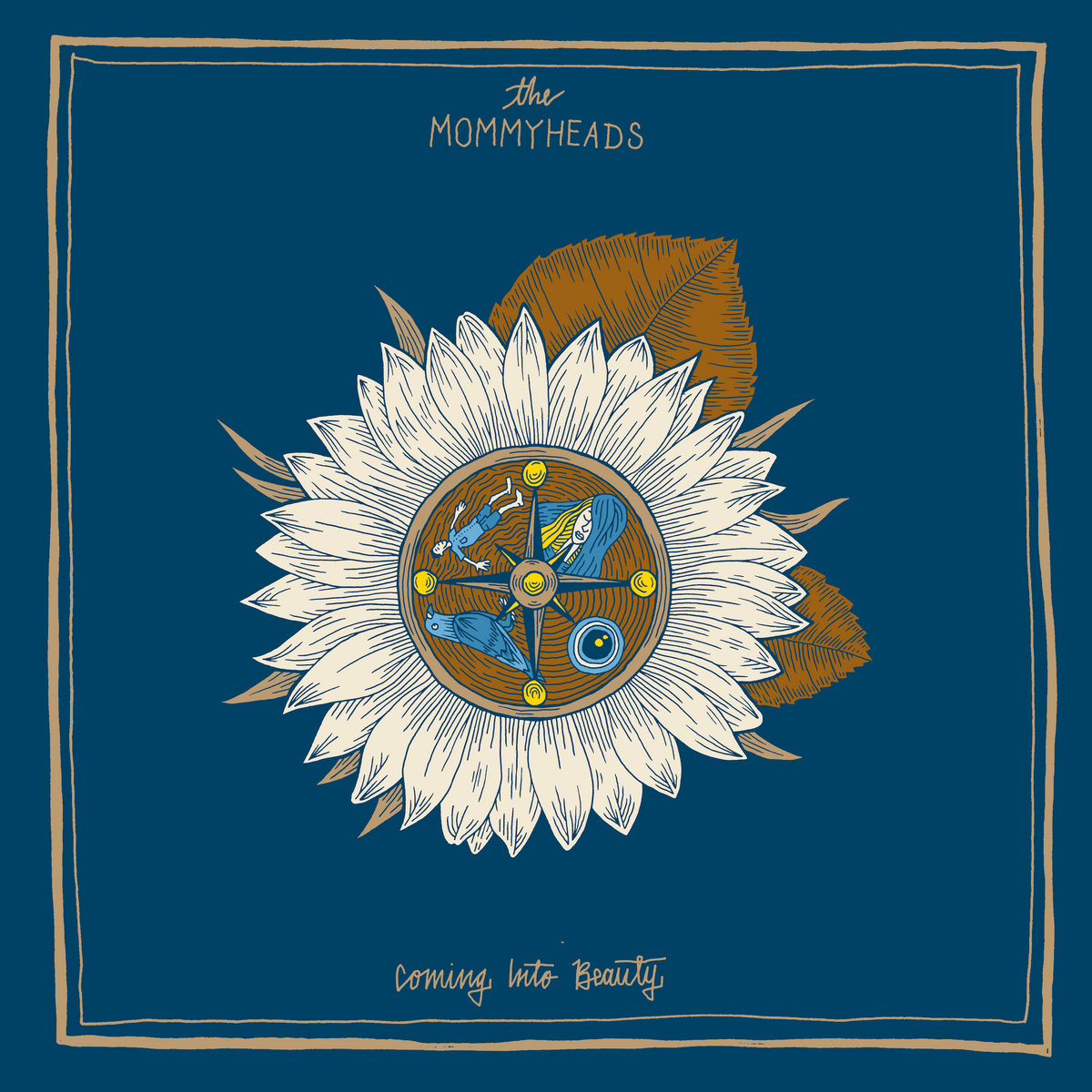 I’m very excited to talk about your latest album, ‘Age of Isolation’. How’s this last year under lockdown been for you? Have you found the isolation creatively challenging or freeing?

‘Age of Isolation’ was a pleasure to write and record and we’re extremely excited by how well it was received. It eventually cracked the top 30 at College/Community Radio in October 2021. Being isolated can be daunting but we found it mostly freeing creatively. I really do believe that most artists use creativity as a way to fight back against depression, isolation and loneliness. ‘Age of Isolation’ was also our way of processing many heavy topics that we’ve never really addressed before. So yes , the band’s been super creative during these long Covid months and feeling very fortunate. 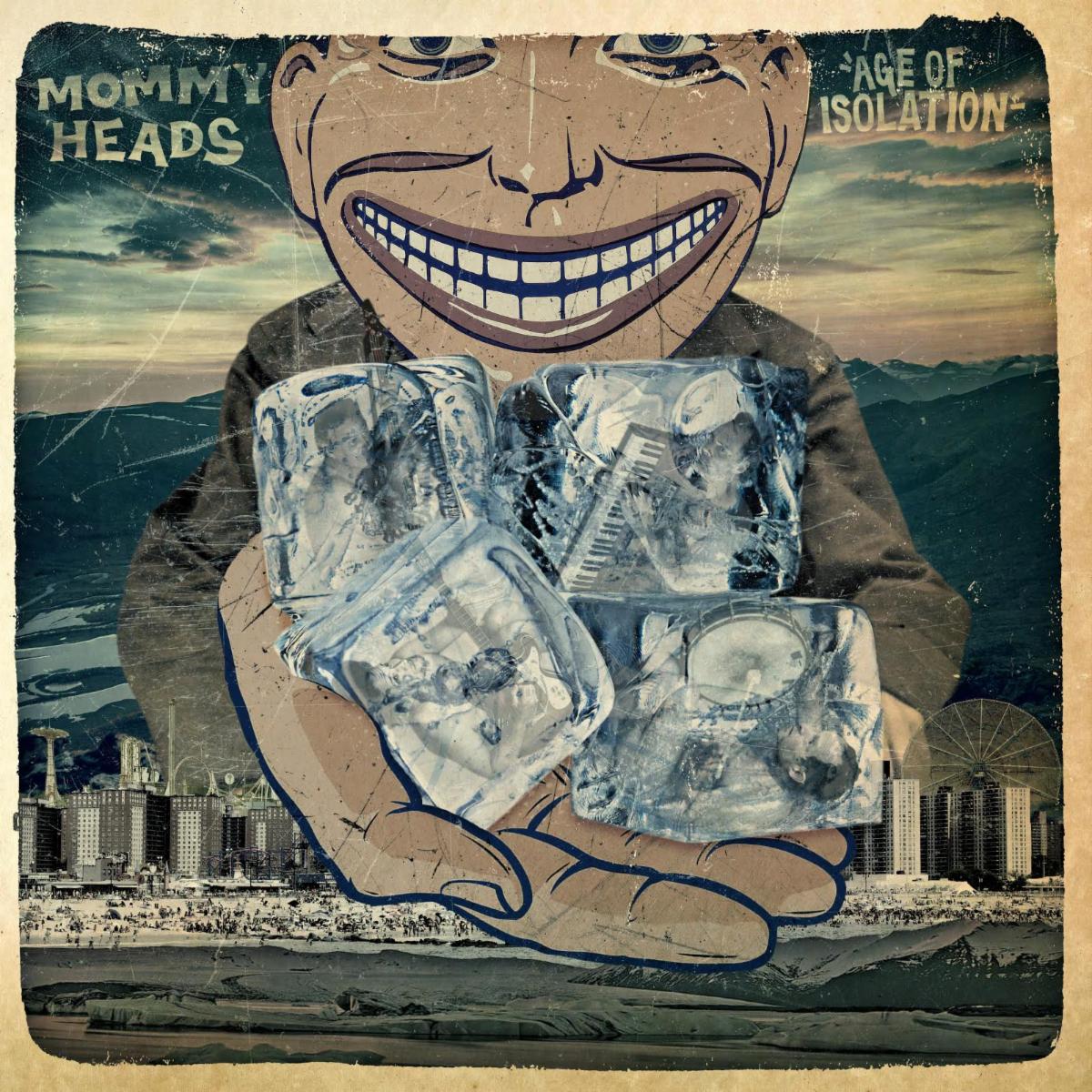 Can you share some further details on how your latest album was recorded? Who produced it? What was the recording experience like?

I’m credited as the producer on most of our albums but the overall process is still very much a democracy. I mainly get the producer credit because I shoulder the mixing and tracking workload.
I have a recording studio in New York City filled with vintage gear which we have access to at night and on the weekends for fun stuff. We’ve tried to record music by sending files over the internet, but it never felt satisfying. Getting into a room together and making music is where the real joy is for us. The sound of a “band” that’s locked and in a groove is a very powerful thing and the desire we have for that magic is the thing that still binds us together and keeps us chugging along 35 years later.

Would you say it’s a concept album about the times we are experiencing?

‘Age of Isolation’ was one of the first times I felt confident that our music and message was on point and really worthy of people’s attention. It wasn’t started as a concept album, but because it was written and recorded so fast and Covid was hitting us so quickly, it comes across like a fully fledged concept album. We’ve always been afraid of officially trying to make a concept record all these years. I wonder if the reason so many concept records have failed so many times is because bands always try too hard to find a concept worth writing about. It’s a riddle for sure.

How would you compare it to your latest three albums?

Each of the latest albums have different themes and agendas. ‘Soundtrack to the World’s End’ was an ecological focused album.

‘Future You’ had a lot of self reflection about being parents and growing up. ‘New Kings of Pop’ highlights the confidence of an older seasoned band that has enough sense of humor not to take itself too seriously. 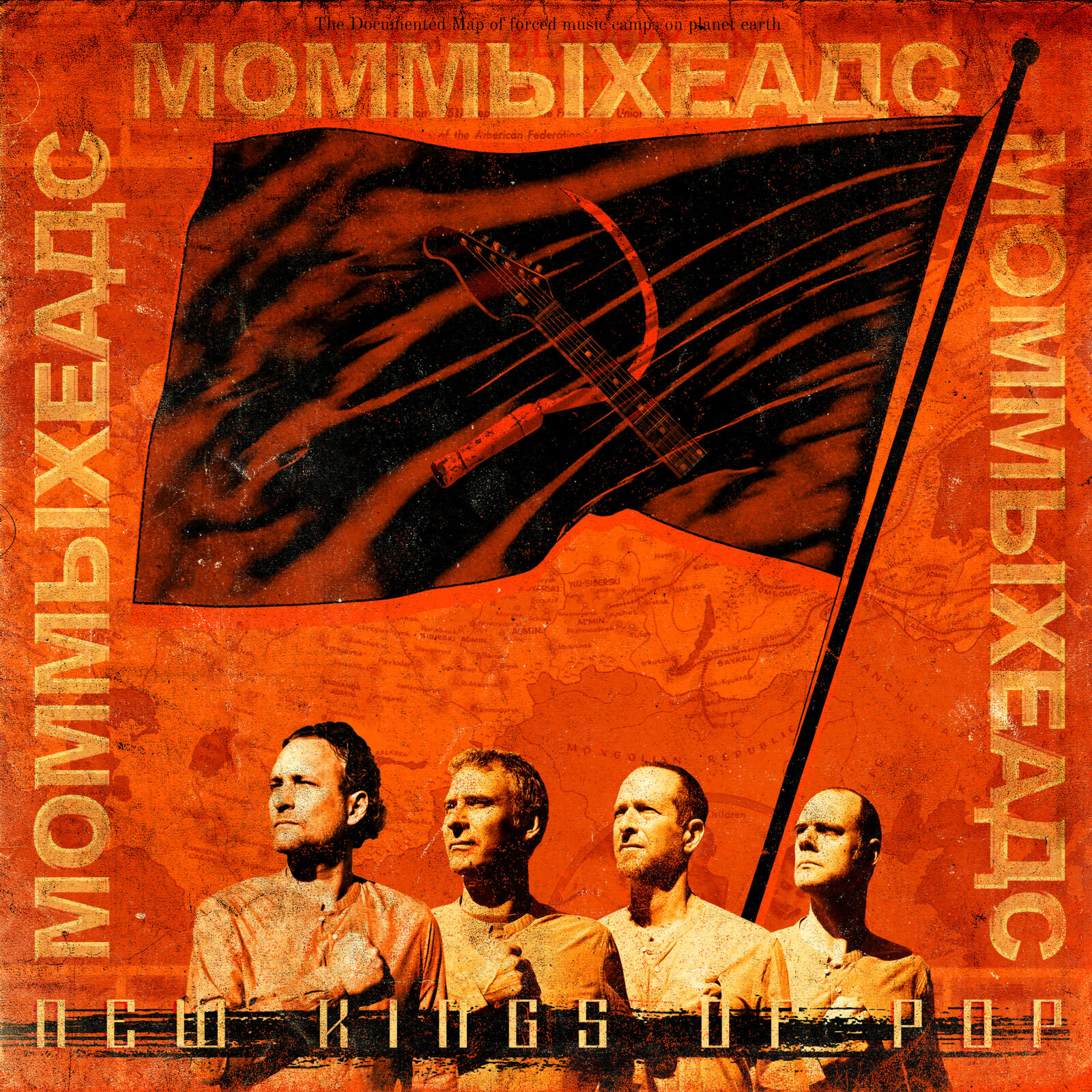 “I wonder if art can survive with the current models of how it’s consumed. If you could go into a bar, grab the tap and pour yourself a drink without paying and walking out, the brewers would stop brewing and the bars would all close.”

How are you coping with the current pandemic and what are your predictions for the future? Do you think the music industry will adapt to it?

I wonder if art can survive with the current models of how it’s consumed. If you could go into a bar, grab the tap and pour yourself a drink without paying and walking out, the brewers would stop brewing and the bars would all close. There would be no incentives to stay open because it’s simply a failed business model. I also think a lot of major artists are selling their back catalogues now to major corporate buyers because they know that society has lost the ability to value its artists and they want to “cash out” before it’s too late. As long as I can write a song and play with these guys, I’ll be good. The pandemic has been tough but it will never define me or my generation. I really do feel that creativity can conquer anything negative in the world. Even Spotify or a Pandemic-

What’s the typical creative process for you these days? Are you still keen on the DIY bedroom style of music making?

Assuming people will take 40 minutes out of their day in 2022 to listen to your music or read this interview is a big ask and I think most artists need to ask themselves. “Why am I doing this?” and “What am I trying to say?”. If an artist can answer that question confidently. Then count me in as a fan.