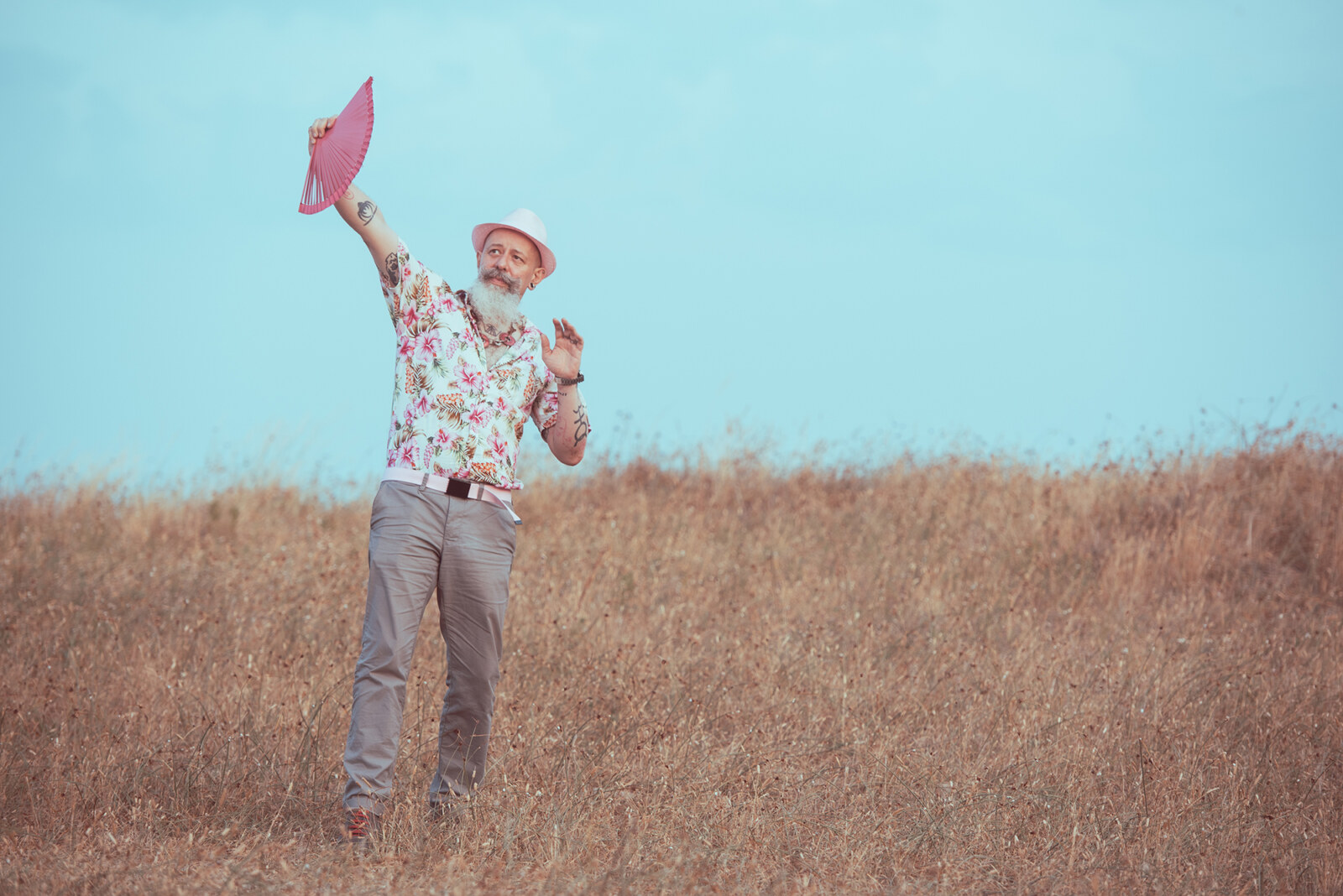 Exclusive video premiere of ‘The Side Effects Of Self Indulgence (Hard Ton Rmx)’ by ( r ) aka Fabrizio Modonese Palumbo, active member on the international experimental music scene since the mid 90s.

Fabrizio Modonese Palumbo has been on the international experimental music scene since the mid 90s, founding member of Blind Cave Salamander (with his partner Paul Beauchamp), Almagest! (with Ernesto Tomasini), of the cult band Larsen and solo artist under the moniker of ( r ). He has appeared on more than 120 records, performed all over the EU, UK, US and Canada and has released music for theatre, film and dance performances and collaborated with artists such as Xiu Xiu, Johann Johannsson, Julia Kent, Ernesto Tomasini, Little Annie, Jochen Arbeit, Nurse With Wound, Baby Dee, John Duncan, Ben Chasny, Carla Bozulich, Miles Cooper Seaton, choreographer Paola Bianchi… He is also a member of the network of Italian experimental musicians ‘Nuova Musica’ and of the mixed arts LGBTQIA+ collective ‘In The Ghetto’.

‘Titan Arum’ is the 5th album titled after the eponymous plant of the largest unbranched inflorescence in the world, also known as the “carrion flower” due to its odor like that of a rotting corpse, the album carries the botanical metaphor on its original artwork illustrated by Fabrizio’s bandmate in Larsen, Marco “il Bue” Schiavo and swings between almost disco-pop moments, bursting noises and sonic and moody implosions.

“The music reflects where I’m at as an individual”

Your new album is titled after the eponymous plant of the largest unbranched inflorescence in the world, also known as the “carrion flower”. What in particular fascinated you to name the album after it?

Fabrizio Modonese Palumbo: The “Titan Arum” is the largest unbranched inflorescence in the world, it blooms only a few times over the years and its flower smells like a rotting corpse. When I started to write the album I was turning 50, I considered these years to be a personal peak as an individual and artist, to be somehow in full bloom, but at the same time I’m also very aware of the unavoidable ongoing decay in my body. The full title of the album is ‘Titan Arum – a midlife bipolar album by Fabrizio Modonese Palumbo’, that’s how I feel related to this bizarre looking plant.

You surround yourself with a lot of very interesting people when working on the album. Would you mind telling us who all are part of the album?

As much as ( r ) is my solo project I wanted this album to be somehow a group effort, to represent my extended family. Again I feel this is due to the specific moment and my age during the writing process, I also wanted to get as many inputs as possible to detour me from my own musical structures so to explore possible new sound environments therefore I mustered many of my friends and collaborators; my husband Paul Beauchamp who also recorded and mixed the album, my life long friend and bandmate in Larsen Marco Schiavo aka il Bue who also did all the illustrations for the album, Jochen Arbeit (of Einstürzende Neubauten and Automat) who did some real funky guitar parts, Julia Kent this time not on cello but electronics, Teho Teardo provided me a beautiful slide guitar melody, Chiara and Federico (Father Murphy) who open the album with powerful vocals, Daniele Pagliero and Marco Milanesio ’cause I can hardly think of an ( r ) album without them being involved, Paolo Spaccamonti branded the work with his unique guitar style, Vanija (formerly of CCC CNC NCN and the first time we did some music together in spite of being very close friends since ever), some insanely crazy flamenco-like action by my friend Barbara Venere and one of her dancing partners, beats by Jamie of Xiu Xiu and some great lyrics by the queer poet Klaus Miser. While I was recording the album I was also producing what will be the debut album by my mother which was supposed to come out at the same time of mine, but things didn’t work out as we planned, still the two projects are heavily connected. 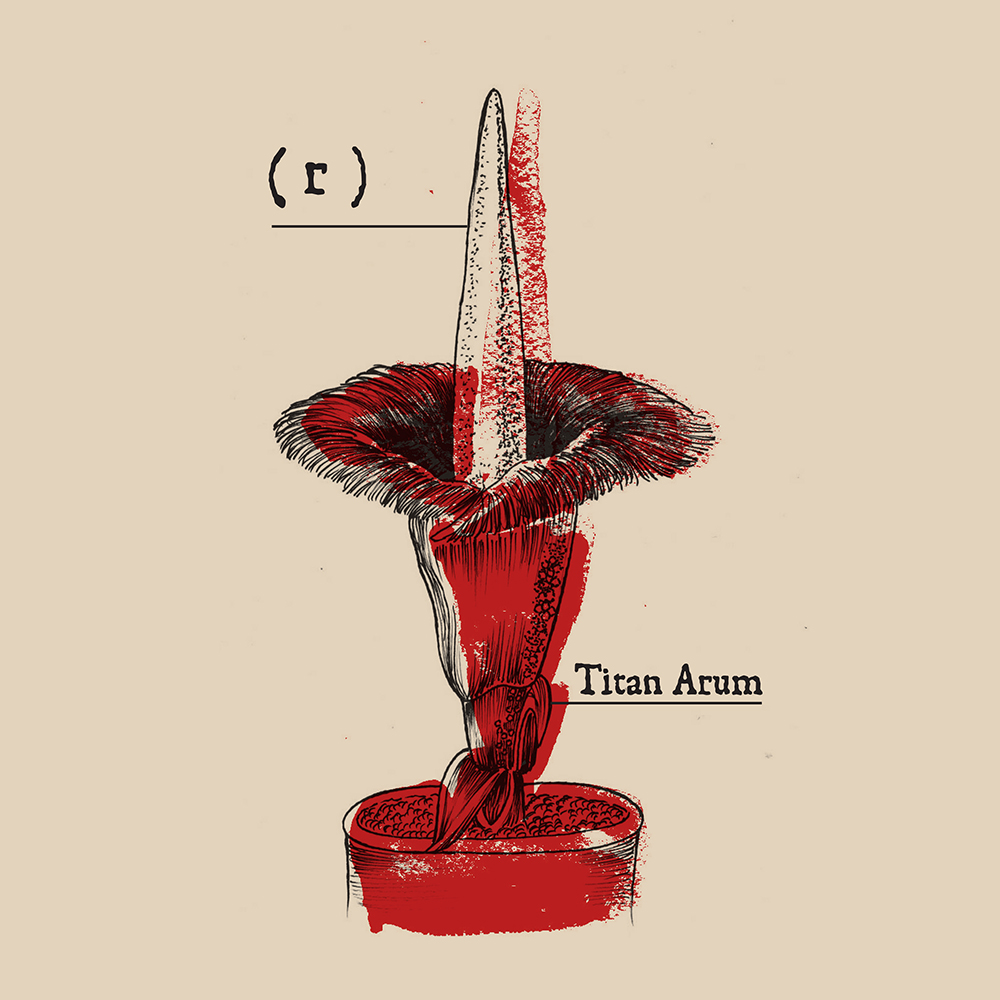 Some songs I recorded first and then added more textures by my collaborators, but mostly I used their contributions as raw material and starting points for my compositions. I’m really grateful to all of them for entrusting me with their sounds and melodies and music and extremely proud of the final outcome and how I achieved making a piece of work which is totally me but at the same time open to the world, my world at least. 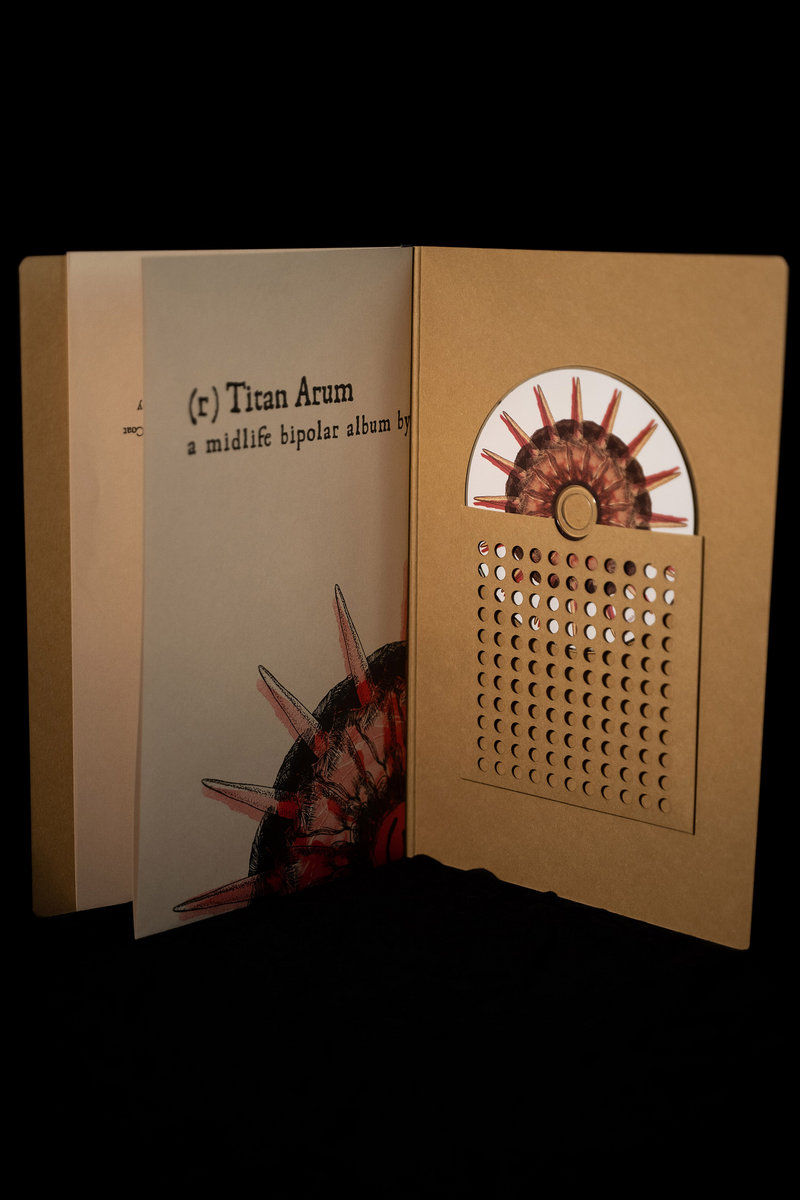 We are premiering ‘The Side Effects Of Self Indulgence (Hard Ton Rmx)’ today. What inspired the song?

All the shiny glittering things and toys I could see from my desk in my room while I was writing it. I wanted it to be an uplifting and uptempo song, I love disco and pop music and I guess this is the closest I got so far to actually doing something in that style.

What do you want people to take away from the song?

The song is an invitation to the pursuit of pleasure and having it remixed by Hard Ton is a dream come true, they have been the Patrick Cowley to my inner Sylvester and I absolutely love how they turned it into the Hi-Nrg hit it deserved to be, plus I can think of very few things music wise as political as queer gay disco, especially now – again! – in this time of denied sociality and stigmatized bodies.

As the title says it is a quite bipolar album in its wild mood swings (just to quote one of my favourite bands ever). All the previous ( r ) albums were based on a specific concept, this time I really just wanted to be as open as possible, I’m almost scared to admit it, but I fear it is actually a bit of a musical autobiography.

You started making music many years ago. How did your music change in those ten years?

It is more how I changed as a person over the last 30 years of my life, the music reflects where I’m at as an individual but at the same time it stands on its own. I’m also a true music, film and art fan, everything I watch and listen to becomes part of my vocabulary, so I guess what I do now is much richer than my previous works, which doesn’t mean it’s any better or worse, but definitely more eclectic.

Should there be an evolution in an artist’s output?

If there wasn’t boredom would take over and nobody wants to be bored, starting with the artist.

Is there anything else that currently occupies your life?

Apart from trying not to go totally insane and lose my own identity in the never ending conflictual dystopia we are currently experiencing, I’ve been working on new projects with Larsen, collaborations with photographer and performer Jacopo Benassi and sound artist Alessandro Sciaraffa (to be released starting from this November), some commissioned pieces for theatre and dance and furthering the collaboration with Enrico Deagani. I recently produced the new EP by a very interesting Italian songwriter Pierfrancesco del Seppia for his project Il Fuoco Grande. I’m back to performing with Paul as Blind Cave Salamander and keep our collaborations going with filmmaker Omar Bovenzi on our never ending Svalbard project.

I’m also a member of a LGBTQIA+ mixed arts collective called “In The Ghetto”, we run a monthly radio show, organise queer events in our hometown Torino and do our best to provide cultural and sematic resources and tools against both the hetero and homonormative society and we have lot of fun doing it. Lately I’ve also started to run talks and workshops about both the creative and political sides of my work, which I find especially rewarding and inspiring when I get to talk with younger people.