A group of name-banders recording three well-reviewed albums on major labels in barely 18 months, by most criteria should have laid solid foundations for a glittering career. Their debut single was a hit for them (but not its famous writer), and in May 1970 featured in the NME’s poll-winners concert as well as renowned festivals such as Weeley. Their origins were pretty tasty too. It’s those defining three LPs that have just been reissued by BGO on two remastered CDs, slipcased with a fascinating chunky booklet penned by one who saw them in 1970.

Half the band formed as The Misunderstood in California during 1965, first as a blues band then mixing feedback and Eastern raga rhythms as psychedelia dawned. Enter a deejay/salesman who happened to be a local Liverpudlian at the time of Mersey mania, John Peel. Seeing them at a new shopping centre, he was mesmerized by the energetic performance and sound, later saying that their gig in Hollywood was among the best he’d ever seen. One of two Misunderstood ignored singles on Fontana remained in his box of 50 favourites to the end.

They signed to Bronze Agency founded by Gerry Bron (1933-2012), brother of the well-known actress Eleanor; he also managed Uriah Heep (producing 14 of their LPs) and Colosseum. Bron was involved with Philips who wanted a progressive rock label, Vertigo, in late 1969. Producing their LP at IBC Studio in London, full-page adverts in IT (International Times) and NME announced the initial three releases with Juicy Lucy’s eponymous platter climbing to #53 in the UK charts. The cover, featuring dancer Zelda Plum (who appeared with them live sometimes) covered in fruit, caught attention in the same way as Jimi Hendrix’s Electric Ladyland. But her maturer years was a conscious decision pointing to their musical experience. Unforeseen was what happened next.

Progressive labels like Vertigo, Harvest (EMI), Deram (Decca), Neon (RCA) didn’t budget for single success in that era of bubblegum and saccharine pop; needing 1500 LP sales to make a profit, seven of their first seventeen charted. Yet, the first single release Who Do You Love / Walking Down The Highway in February 1970 (a Fontana issue the month before was cancelled and moved to Vertigo, though still on Fontana in Australia/New Zealand), shot to #14 due to repeated Radio 1 play (surprisingly the band only did one Peel session in their entire career, November 69’s twice-repeated session of four LP tracks). After a live BBC session in March, Peel wrote in Disc & Music Echo (May 2nd) “Knowing that Glenn Campbell’s capable of shutting down any guitarist in the world on his day, I keep being disappointed when he’s merely very good”. One wonders how many Vertigo acts were signed in the slipstream of Lucy’s hit, but they were only on the label’s first sampler, Vertigo Annual (1970), not the later promos.

The hit had been the B-side of The Misunderstood’s I Can Take You To The Sun, featured on their first UK acetate in 1966 as well. It was covered by Ronnie Hawkins (featuring Robbie Robertson, later of The Band), Quicksilver Messenger Service, The Doors, Santana, and George Thorogood among others, but never struck gold for its writer Bo Diddley in the mid-50s. Both he and Juicy Lucy used studio sound tricks to good effect for the hoodoo rocker (conveyed in the title’s first words) based on Louisiana/Mississippi folklore, with Campbell’s mean steel guitar and percussion echoing almost spine-chilling vocals. They originally based their style on Dr. John’s “edgy-funk”, which the twangy gumbo single captures.

The LP suitably kicks off with group composition Mississippi Woman, a swampy groove with time-changed sax and slide, while Chicago North-Western (written at a party when Campbell saw a wall-poster of the railroad company) leans to country rock complete with cowbell. There’s jazzy guitar and organ bebop (She’s Mine, She’s Yours), Doors-like slow sizzle (Just One Time), while Ellis’ song with lead vocals Are You Satisfied, a jam-like boogie laced with chanting females, shows why he took arrangement credit for the hit. Breadth is in covers of Buddy Miles’ Train (rasping sax, pounding bass, wailing axe) and Chuck Berry’s Nadine as if The Misunderstood in garage mode. A bonus is the hit’s non-album rootsy shuffle B-side, Walking Down The Highway. The LP rumbles with Campbell’s heavy-stringed steel guitar put through pedals such as fuzzbox (a rocking sight live), propelled by a heavy-duty rhythm section danced on by sax and guitars.

It took five months to reach #41 in April 1970, by which time the band was changing. Ray Owen’s personality clashed, especially with Mercer, so was replaced by Paul Williams (ex-Zoot Money, Alan Price Set), who also contributed piano and congas, then Hubbard and Dobson left as Mick Moody (ex-Zoot Money) and drummer Rod Coombes (ex-Jeff Beck) edged the funk more towards heavier bluesish rock a bit like Free in places. Williams on his website said he found Moody at a Redcar gig (probably when with Tramline, the Island band), and Moody recalled enjoying Lucy’s earliest gigs as they always wanted band and audience to have fun rather than be remembered for the prowess of a solo. Their LPs reflect this, sheer fun without fillers. In mid-1970 they toured the USA, and relentlessly in Europe especially Germany.

In October 1970 the second LP Lie Back And Enjoy It (again produced by Bron and manager Nigel Thomas who also managed Cocker) came out, with a single the previous month of Pretty Woman (a classic slide-oiled sleaze boogie with stonking hi-hat) backed by the non-album, female-backed I Am A Thief (both B-sides are on this new release). It came in a luxury six-part foldout poster sleeve, which makes it pricey now in a rare mint state. The LP had strong reviews but weaker sales, spending one week at #53 while the single peaked at #44.

From the thumpy drum intro and songwriter’s gravel vocals, the scene is set as with Williams’ single. Bluesman Willie Dixon’s perennial Built For Comfort, popularized by Howlin’ Wolf, is organ and sax drenched (Mercer augmented his tenor with wahwah on this LP) in a Cocker-like strut; at six minutes their longest track so they clearly enjoyed the trip. A hand-clapping honkytonk pub knees-up with mandolin solo (Whisky In My Jar, no not that one) leads into the Americana of Delaney & Bonnie’s Hello L.A. Bye Bye Birmingham (nice Moody solo), which also was on Alex Harvey’s first LP of ‘69, with uptempo blues then Brinsley-like Changed My Mind, Changed My Sign which was left-over from the debut’s sessions. Zappa’s Willie The Pimp is a smoother version than Stack Waddy’s but kindred mean vocal and high-energy, before the brief piano-only title track leads us out of the auditorium. Mercer spent time with Zappa in New York on a 1968 tour with Mayall; he blogged the song perfectly fits the “dour sleazy persona”.

Surprisingly, they changed labels to Gerry Bron’s new Bronze Records which had a broad spectrum including Osibisa, Paladin, and Uriah Heep distributed by Island. They also used Roger Dean’s cover art before Yes. Jim Leverton (ex-Fat Mattress) replaced Ellis on bass for Get A Whiff A This in August 1971. Probably even more surprisingly for a band with hits from both previous albums, there seems to have been only a Japan promo single in 1972 (Midnight Sun / Mr. A. Jones), an absence showing seriously flawed management. This reviewer has never understood why some downplay this LP whose singular atmosphere has lived in my memory’s jukebox since release.

The opener alone fits that bill: an almost Stax-like vibe for Jay Ferguson’s (of Spirit) Mr. Skin unforgettably toasted on prime charcoal, then a smoking anti-war group composition Midnight Sun’s chugging boogie with underrated drumming. The Allmans’ Midnight Rider becomes its own original cover, as with Bobby Darin’s Harvest (1969) boasting gun-slinging solos. Williams’ sad tale (Mr. A. Jones) might sound familiar, dove-tailed with a finger-picking acoustic-with-flute ballad (Sunday Morning). The choppy organ-and-sax-driven Jessica and Van Morrison-like Future Days, written by Leverton (not the credit here) again ends their album with mellowness after the rough and tumble. The first side at least deserved to be on Vertigo. 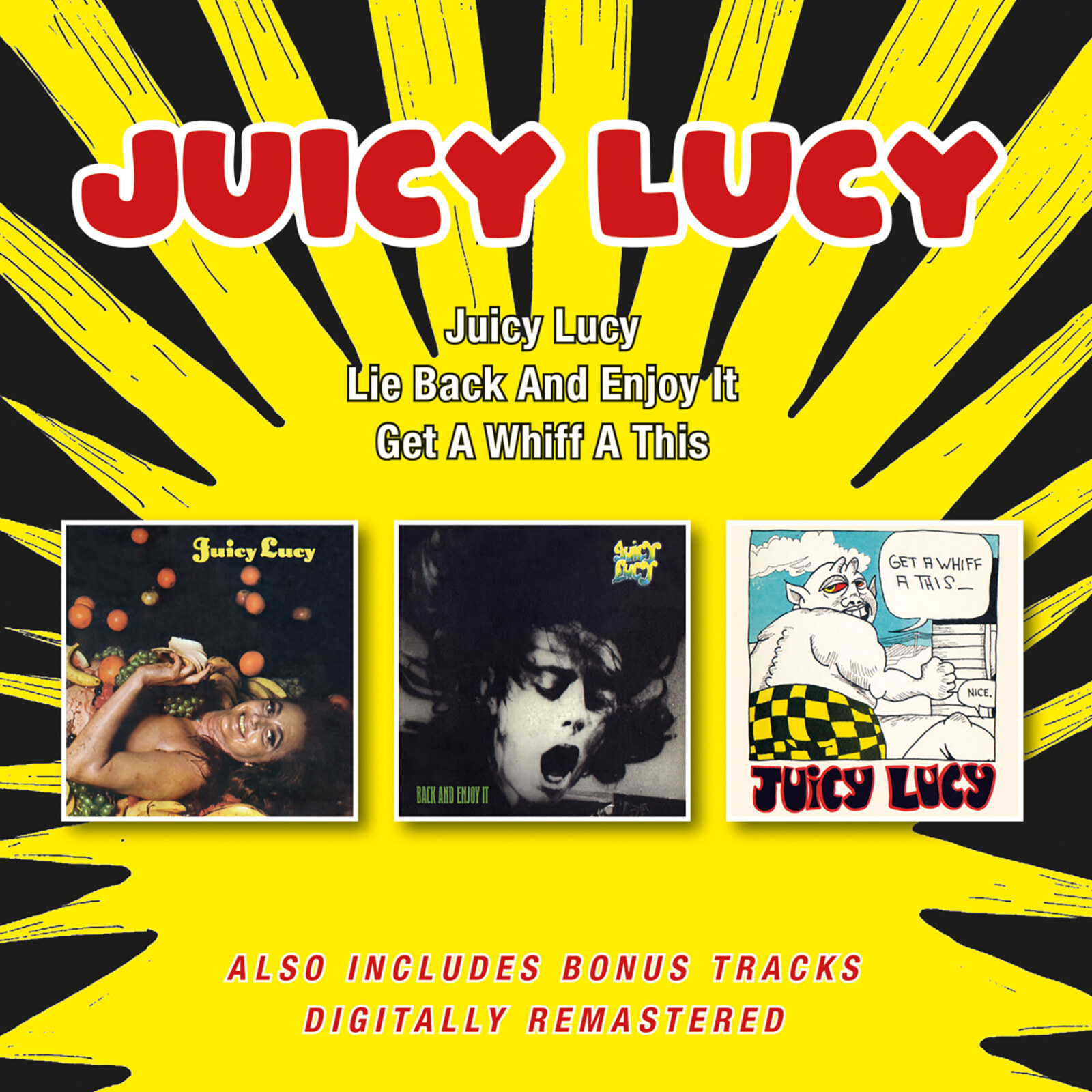 An album surfaced in 1982, on Polydor (Pieces) with Moody and Williams plus numerous guests touring it but no original members. By ’72 the band had split up, Williams going (“due to management terrorism, money missing etc.”) to Jon Hiseman’s Tempest and Moody to the funky SNAFU then Whitesnake of course (they cut a blues album together in 2003). After suffering tuberculosis for 3 years, Williams moved stateside and formed Blue Thunder, filled in for Chris Farlowe on a tour with Van Morrison, and featured in Blues Package with John Baldry, Zoot Money and Ray Dorset. Campbell returned to the USA (working with Cocker, Sammy Hagar etc.) and briefly reignited The Misunderstood with first singer Rick Brown (as The Influence) in the ‘80s, emigrating to his wife’s New Zealand twenty years later to do T.V. and session work. Chris Mercer moved to Portland Oregon in 1985. After taking a rest after a US Lucy tour, Leverton worked with many bands including Caravan and Steve Marriot projects. Since the 90s at least two Juicy Lucys (one with Ray Owen) toured and recorded.

“Listening back over the three albums,” Campbell recalled, “that first one seemed to have something fresh. If only we could have kept the same line-up and momentum going,” because if they’d stayed stable together, the early promise might have led to a bigger or consistent career. It didn’t help that Vertigo came out on Atco in the USA, a sideline of Atlantic. This BGO release is superbly remastered, now rightly loud whereas some of the original Vertigo weren’t (not only Lucy but Clear Blue Sky and others). The LP sleeves were controversially eye-catching, but never mere salacious thrills. The sizzling, greasy band had a sensual sound all their own, a synthesis heavy-blending old and new furrowing various styles without falling into a rut. All three albums repay attention and memory-bingeing as classic artefacts of a lost era.