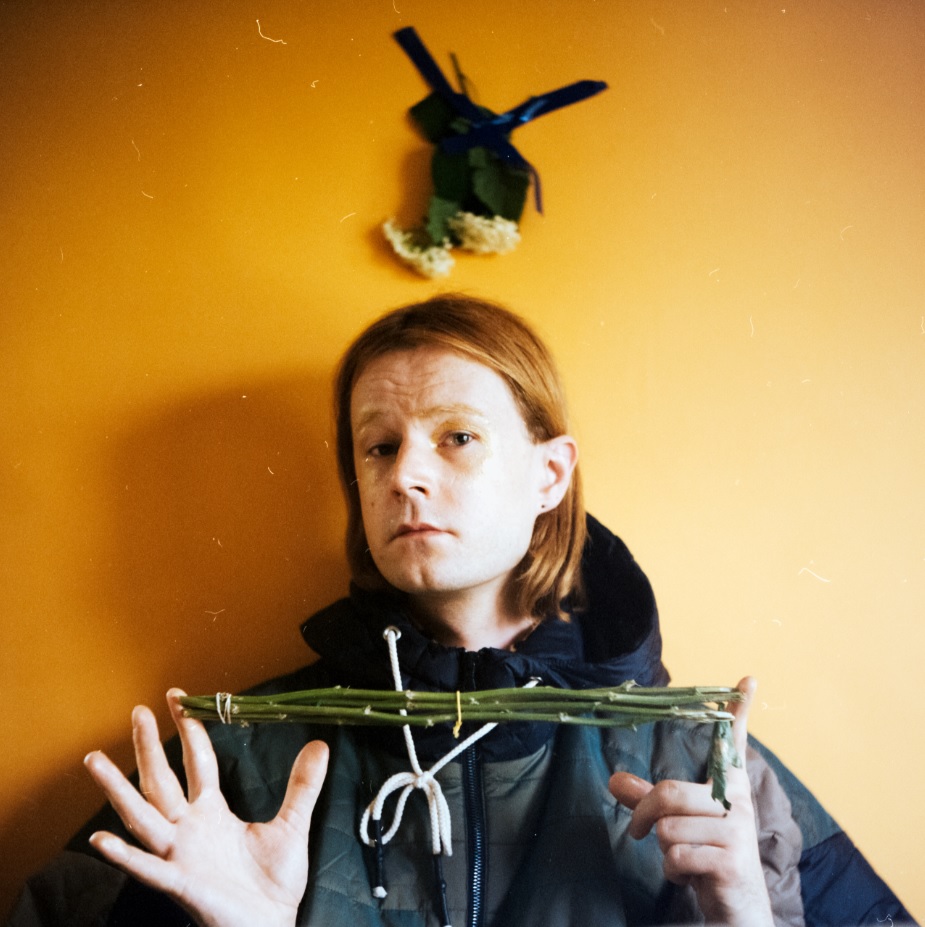 Dulcimer, pedal steel guitar, clavichord and banjo are not instruments that one normally associates with a new project from Derek Piotr, but his new album, ‘Making and Then Unmaking’, opens an entirely new chapter in his oeuvre. Coming out of 2019’s ‘Avia’, Piotr’s deeply personal celebration of his grandmother’s life, the artist found his interest in digital instrumentation waning and began to immerse himself instead in his long-held passion for folk music.

Diving into the Library of Congress’ archives, with a particular interest in the songs of Lena Bare Turbyfill, Piotr’s research focused on US interpretations of traditional folk music from the north of the UK (especially Scotland and Northumberland), most notably the Scottish murder ballad ‘Lamkin’. His investigation deepened, Piotr read widely around this and other songs and interviewed members of Turbyfill’s family, recording their renditions of these pieces. This stoked his excitement, and he began to formulate his own contemporary takes on this musical tradition.

How would you explain the concept behind your music?

Derek Piotr: Generally, my music is a perpetual hunt for beauty, clarity, and vitality. With this specific record, I was confronting a lot of my own taboos and fascination in a bit of a blend. The musicological puritanical part of my brain always said “NO” to guitars; they felt too available, too pedestrian, too common, too something. But with this record I decided to approach the guitar in a way that might be vibrant or exciting to someone like me…so often I put on a new song posted up somewhere and it’s the same easy guitar chords you’ve heard so many times and you just shut it off. But for ages now I’ve listened to Appalachian and British folk, and people that do exciting things with the instrument, Phoebe Bridgers, Joni Mitchell…so I decided to pry into what the guitar could do, that was my starting point for this record. Often I choose a little fence to work in and let some of the edges gently spill over; kind of like subverting a genre exercise. This is generally my way forward.

Your upcoming album ‘Making and Then Unmaking’ will be available in May 2021 via DPSR. What’s the story behind it?

Basically I wanted to make some kind of emo-cowboy record at the beginning, which sounds like a pretty horrible concept. I had in mind a lot of pedal steel, vibraphone, brushed drums…But as I dug deeper into my context research, kind of immersion listening, I discovered a whole vein of unaccompanied Appalachian singing, ballads mostly, and also some cowboy and local murder ballads with frailing banjo. This influenced the sonic landscape of the record a great deal, and the emo thing was left only as a vestige on the track ‘Snow in Paradise’. The rest kind of turned into a more traditionally-informed endeavour. One song is unaccompanied singing. Of course, I got plenty bored with just guitar, banjo, and voice, so there’s a whole host of niche traditional instruments; mandolin, dulcimer, autoharp, reed organ, bagpipes, clavichord, harp…many more besides.

Where from comes the fascination for Lena Turbyfill and what was the process of gathering and diving into archives?

Lena Bare Turbyfill was one of the singers I had discovered when I was listening to Appalachian ballads. Her singing has been released on compilations alongside the greats of the scene like Almeda Riddle or Texas Gladden, but she herself was vastly under-celebrated. I visited her family in July 2020, in the little town of Elk Park, North Carolina, in the Blue Ridge Mountains. Most notably, I met her last living daughter, Nicky, who sang some of the same ballads her mother knew. One of these is called ‘Bolakins’, which I performed myself on my album.

There’s a whole research behind your upcoming release. Do you always do music like this?

Usually I do dig pretty thoroughly into whatever genre I intend to tackle per album. ‘Drono’ was of course a drone record. ‘Forest People Pop’ was obviously a take on pop, and ‘Grunt’ dealt with noise music (tied a humorous bow on that last one by getting Kevin Drumm to be remixer). This latest record, ‘Making and Then Unmaking’, was definitely the most research-heavy so far, though. I sort of felt like I’d gone back to school, and I’ve been in touch with dozens of libraries, universities, and independent researchers for over a year now. 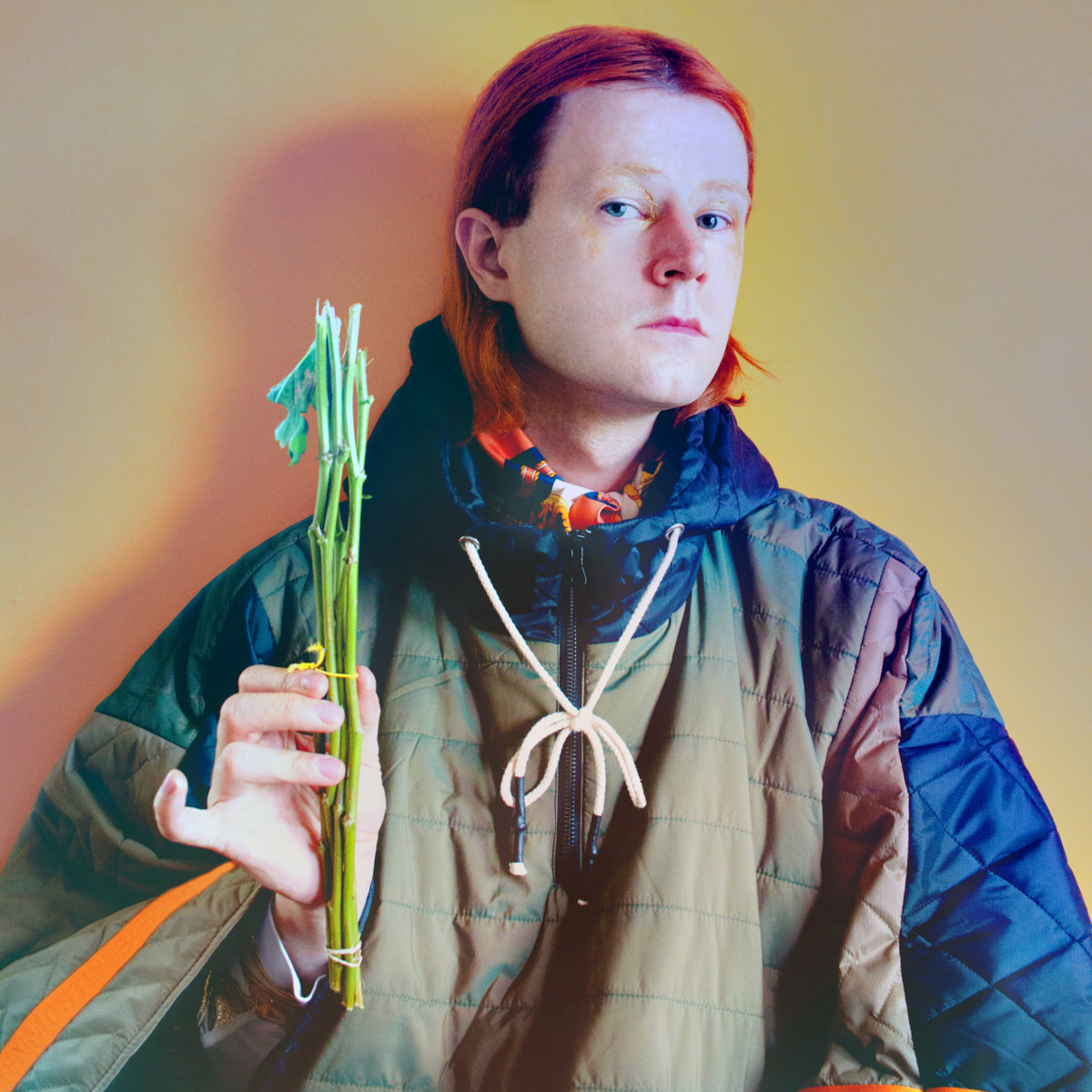 You also interviewed members of the Turbyfill family.

This was the first bud of the research in early 2020, which branched out pretty drastically to many other areas, mainly ballad research. A lot of the Appalachian ballads came over from the United Kingdom, so I’ve been trans-Atlantic in my research, but I firstly got to know Lena’s family. Her daughter, Nicky, is one of the most fascinating and knowledgeable people I know at this point. I’ve written several articles about my experiences with the family. The entire region of North Carolina where the family lives is full of some of the most beautiful music on the planet.

How did the collaboration with Scott Solter (The Mountain Goats, John Vanderslice), and Nic Vernhes (Animal Collective) come about?

Scott and I have been friends for several years, and tiptoed slowly towards this effort. We had done a little remix experiment in 2014 which has not been released. In 2019, he did some alternate mixes for tracks from my then-released album, ‘Avia’, and when I began working with all the acoustic players on this record, I knew Scott was the only man for the job. The original plan for this album was that I would travel to his studio and we would have a little core band (drums, guitar, bass, and some sort of strange keyboard — harpsichord?) and track all these songs live in the room. Then, Covid-19 happened. So everything became digitally traded, and I ended up with many more musicians on the project than if I had stayed with the original blueprint. Scott’s role was mostly to get all of the disparate recordings to nestle together in a way that made sense, the most brilliant kind of flower-arranging.

Thanks for the space!