Six years after a split LP with Loren Connors, and 15 years after ‘Joint Chiefs’ the duo have assembled a brand new Vapour Theories album that sees their symbiotic union travel deeper, shaping and re-shaping itself as the harmonious power struggle unravels…

‘Celestial Scuzz’ is a monumental sound piece created from hours of jam sessions and crafted into a cohesive mind-blowing trip. 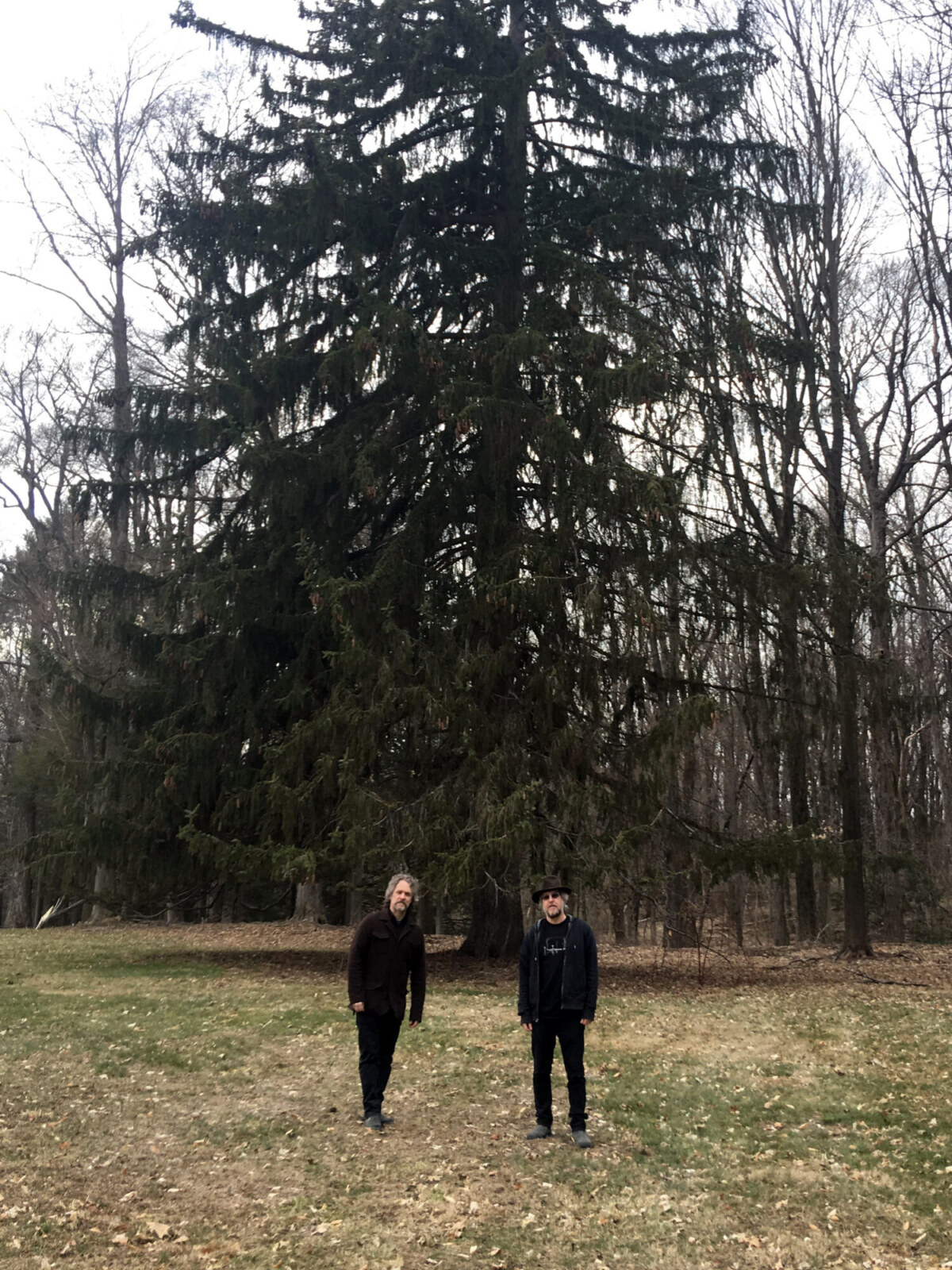 “There is no incorrect way to play music”

It would be pretty much impossible to discuss all of the albums you released in the last three decades. I’ve been a huge fan of many, but let’s focus on ‘On The Ellipse’ that was recently reissued by Fire Records. What were the circumstances behind making this LP in 2003?

Michael Gibbons: Damn it’s hard to even think back that long ago. Well, Bardo Pond records are glacial in their forming and ‘On The Ellipse’ was born out of some heavy times. 9/11 or 11/9 as it’s known to some, having happened and the whole world was just really intense. Little did we know what would be coming down. 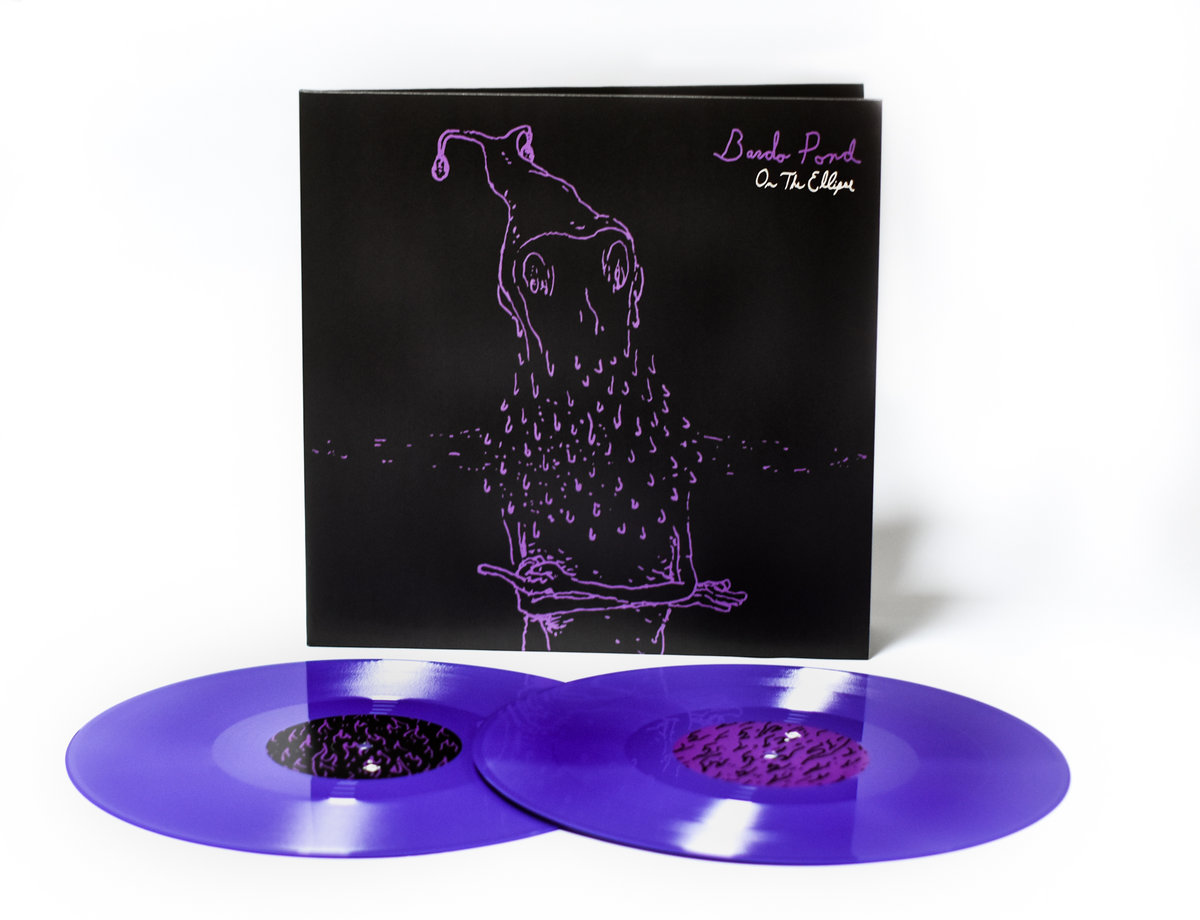 What can you say about this particular reissue?

It’s pretty impossible no to mention ‘Amanita’, when discussing your band. That was an essential 90s psych rock.

Thank you very much. That record was by contrast born of a very optimistic climate. 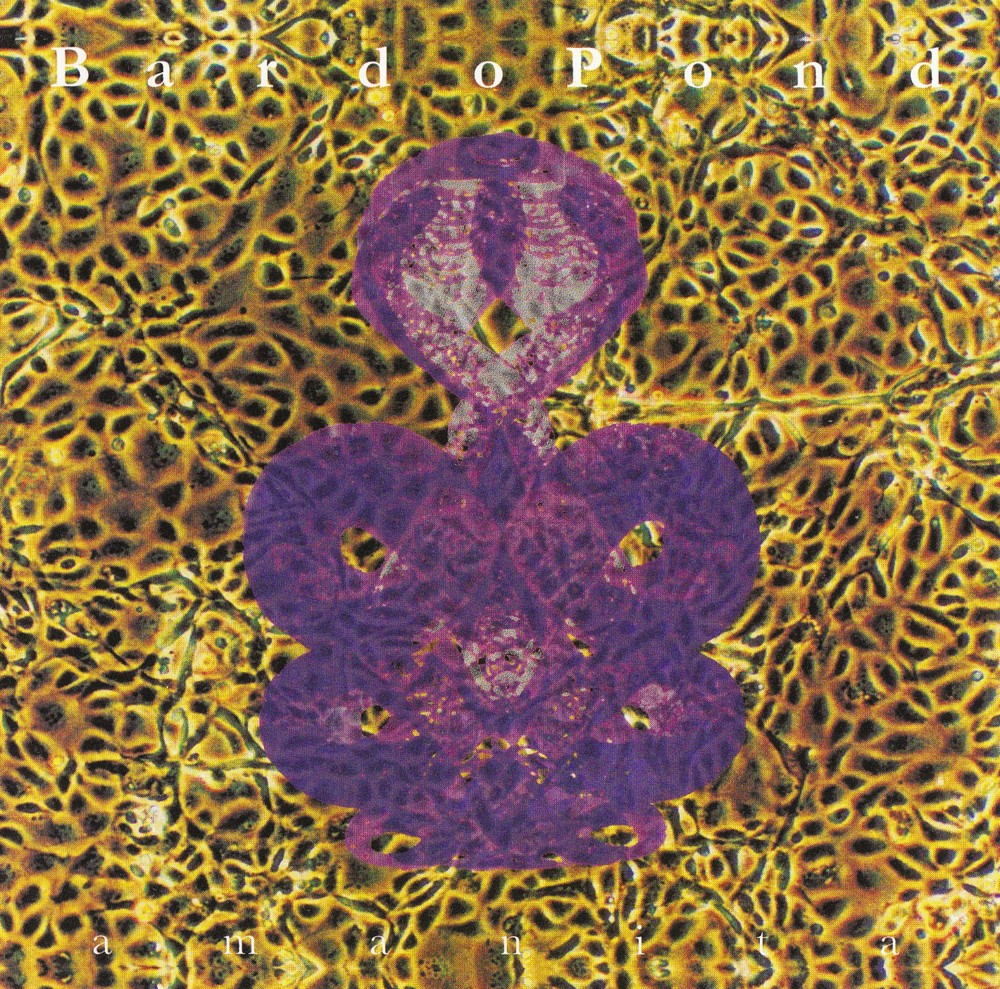 As a musician, how are you dealing with the pandemic?

Well it’s been very strange and very different. John and I have played together a lot concentrating primarily on improvisational guitar explorations and we have made some clear headway in our research of this phenomena. It’s been a long long time since the band played together.

What are some of your predictions?

I predict eventually things will get back to normal. It’s hard for me to imagine anything else than that scenario, otherwise I would go mad.

Do you think we will enjoy live music even more when things will “normalize” or will live streaming take over?

Yes definitely we will enjoy live music again and yes I believe it will be very special forevermore. Live streaming will take over under the scenario that things do not get back to normal.

I’d say it’s a combination of the two. A dance between the two. When you play music, the keyword is play, and the funniest thing about playing is discovering and discoveries optimally lead to surprising and magical infinitely better conclusions/songs/art than would be had strictly working on/perfecting a preconceived creation. That being said when we would discover a song there would be one take of it that would be perfect as improvised or created, and we would go through absurd links to try to repeat that performance of it as the song. And we would be perfectionists about how close we were in pulling that off.

Do you think a concept plays a very important role in your music?

Our concepts we feel are implicit in our music.

“Being a musician was very intimidating”

When did you first express an interest in music and what were some of the albums you were listening to early on? Is there an album that has profoundly affected you more than others?

Well it’s funny because I guess when you ask about first expressing an interest in music, I would like to answer by talking about the first music I heard that inspired me to play music, play an instrument. That music was no wave music. And minimalism possibly. Being a musician was very intimidating and not a possibility until I heard no wave music and I guess specifically I mean Arto Lindsay. And through discovering no wave I discovered free music and realized that there is no incorrect way to play music. That traditionally learning an instrument wasn’t a prerequisite to making sounds on an instrument and expressing yourself with an instrument was all I needed to know. Also around this time we discovered Robert Quine and his guitar playing on Lou Reed’s  ‘Blue Mask’ album…that was inspirational.

They were a lot of fun because they were free and about discovering. There’s nothing like the first time discovering feedback.

How did you first get in touch with psychedelic rock? What was the moment that changed everything and you wanted to become a psych band?

Psych is about electric guitar and the way the electric guitar can get inside of your very being and release your soul from its mortal coil for a little while. That was an appeal for us from the get-go.

We started out as a free guitar unit and inadvertently learned how to play traditional guitar and writing songs and the direction that we went it was organic and never preconceived we just did what we did. The music came out of our love of hanging out jamming. Of course at this time there was a lot of cool music that we were learning about and loving from Twink ‘Think Pink’ to Sonic Youth ‘Goo’ to Alice Coltrane ‘Journey in Satchidananda’.

The thing about psychoactive substances is that they are related to the ideas of play and playing, they are the ticket to the playground and discovery and and finding connections and vibrations and colors and sounds and truth.

I’m still recovering from the ‘Volume 8’ from 2018. What do you recall from working on it?

That’s funny way to ask about that record and I appreciate it. I hope you’re better off in the long run from having heard it.

That record spans a long time. It’s filled with discovered musical interlude gems from our sessions over the years. There’s some heavy stuff on that record going all the way back to mid 2000’s. Post ‘On The Ellipse’ period. ‘And I Will’ was a great find, we had completely forgotten it. 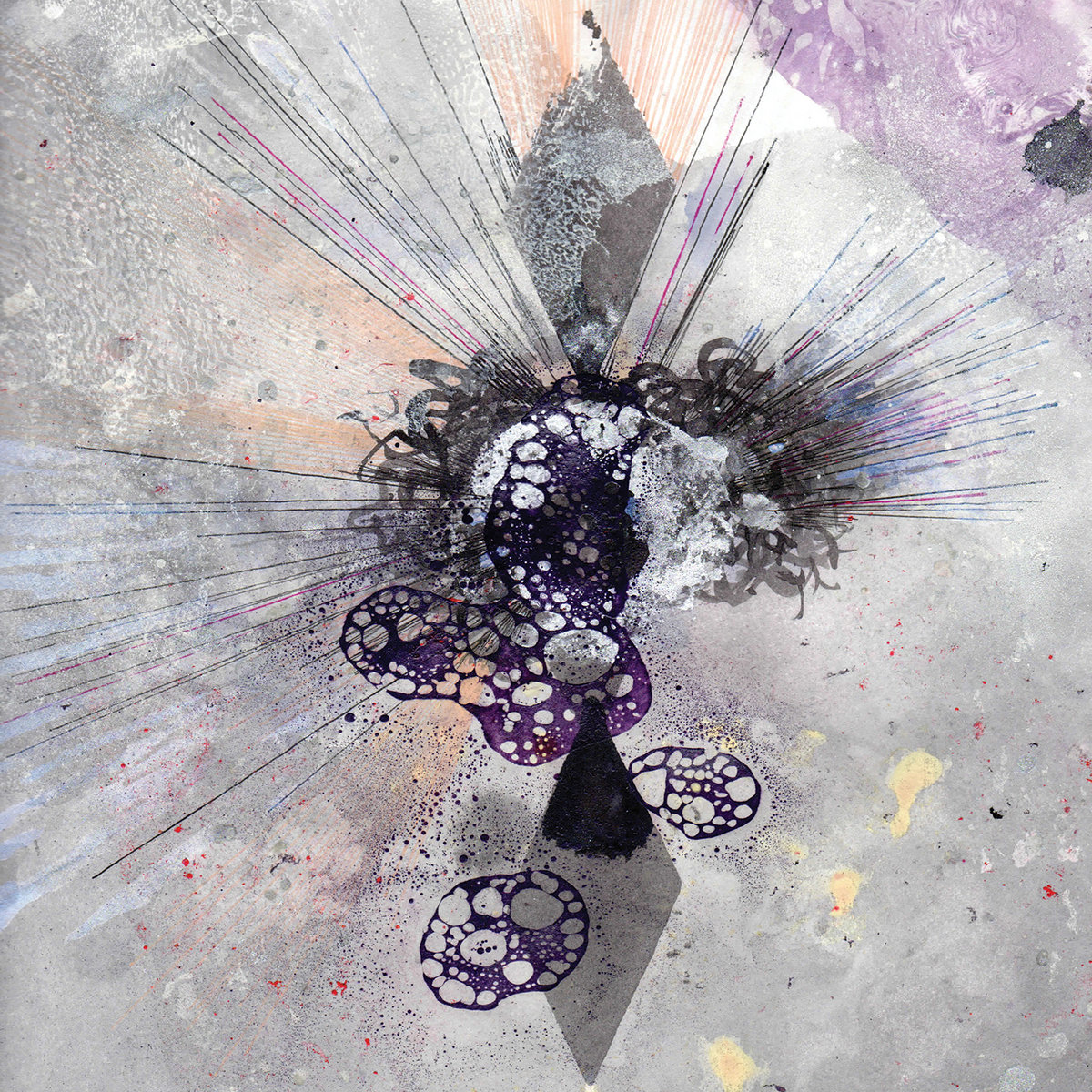 Okay alright, for you technical geeks here is the scoop. First off what we have here is the classic Fender/Gibson combination in the band. I play Gibson guitars (although lately I’ve been playing my Paul Reed Smith guitar) and John has focused on playing Fender guitars. These two guitar makers create axes that have fundamentally different tones and it’s very nice the way that they complement each other inside a band’s sound. So luckily we have taken advantage of this dichotomy. Now, also we have the amazing complementary and contrasting sounds of Fender amps and Gibson amps. I focus on Gibson amps and John plays through Fender amps. Now these two brands of amplifiers also feature fundamentally different tones so having the two making up our sound also works out very well for us. Now onto guitar pedals… for myself my guitar pedals have always consisted of two different distortion pedals, two different filter pedals, and two or three delay/looper pedals. Sometimes I’ve added tremolo pedals and volume pedal’s and on occasion something else but mainly this is what my palate consists of.

Is your material set in stone by the time you record, or is it an ever-evolving process? Are there any songs from your past that you’d like to revisit or rework?

Our songs go through a long period of gestation so they are pretty solid by the time they get to actually being put on an album. That being said there is something about playing them live throughout a tour does tend to reveal some other possible parts or sounds. For the most part this is what keeps us happy and having fun playing the songs over and over again. I really can’t name one that I would like to re-record except some of the very early ones.

There’s an exciting new album on horizon by your side project Vapour Theories [a project by Bardo Pond guitarists, brothers John and Michael Gibbons]. How would you describe the sound of ‘Celestial Scuzz’?

It’s instrumental and features of course guitars and it’s kind of like the volumes in that the album will consist of different pieces from various different times over the last 10 years. They also feature total improvisational work as well as pieces that envolved in the studio utilizing tracking.

There are a lot of juxtapositions such as loud quiet, fast slow, heavy light et cetera. Long short… there are no drums on the record so it treads in a more ambient/soundtrack zone… 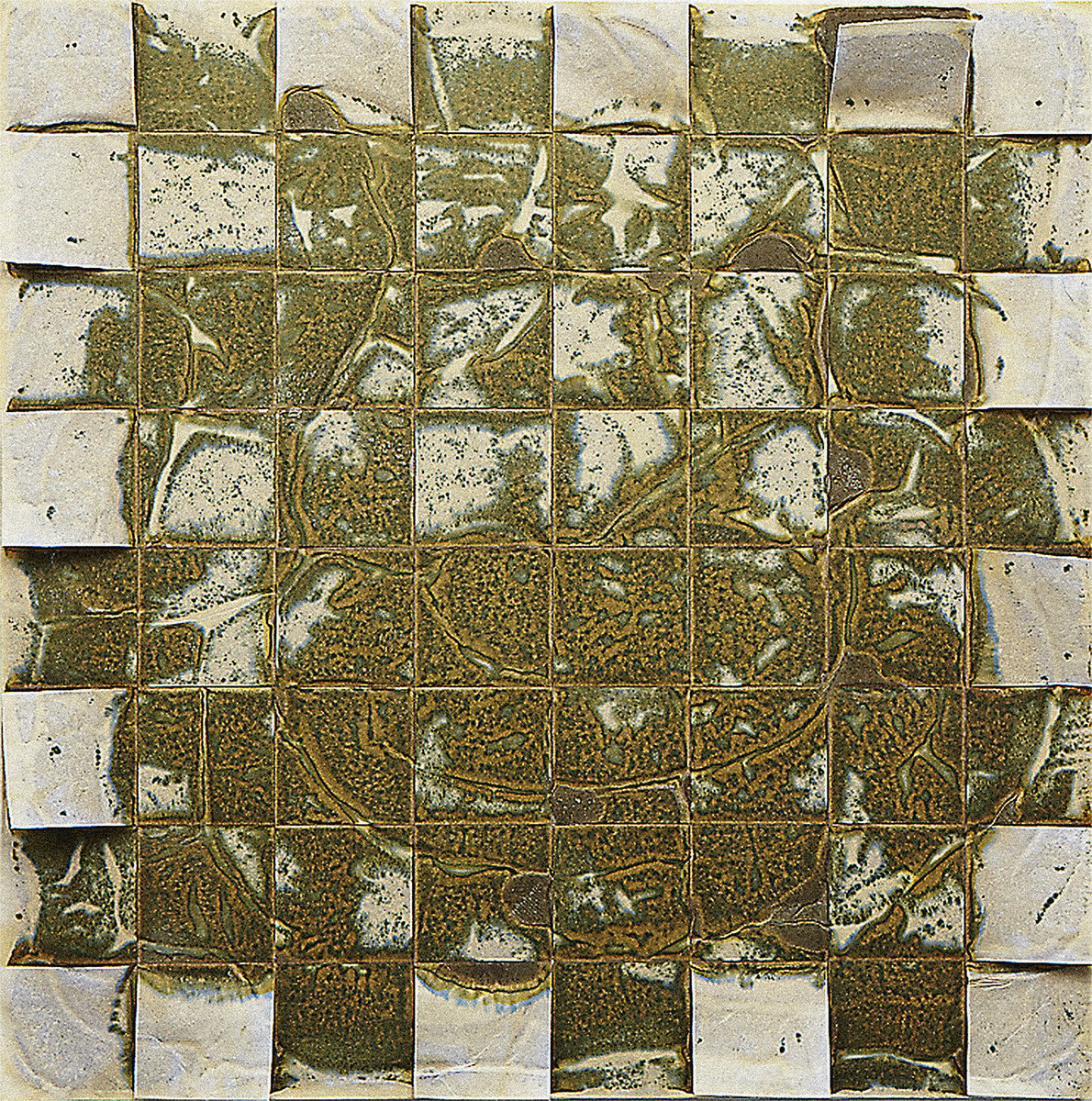 Is there a spiritual connection between your ideas and playing since you’re brothers?

I would say yes there is.

It’s quite different from Bardo Pond. What in particular influenced you?

I guess you could say the Spacemen 3 recording ‘Dreamweapon’ is somewhat of an influence.

What are you spinning right now on your turntable? 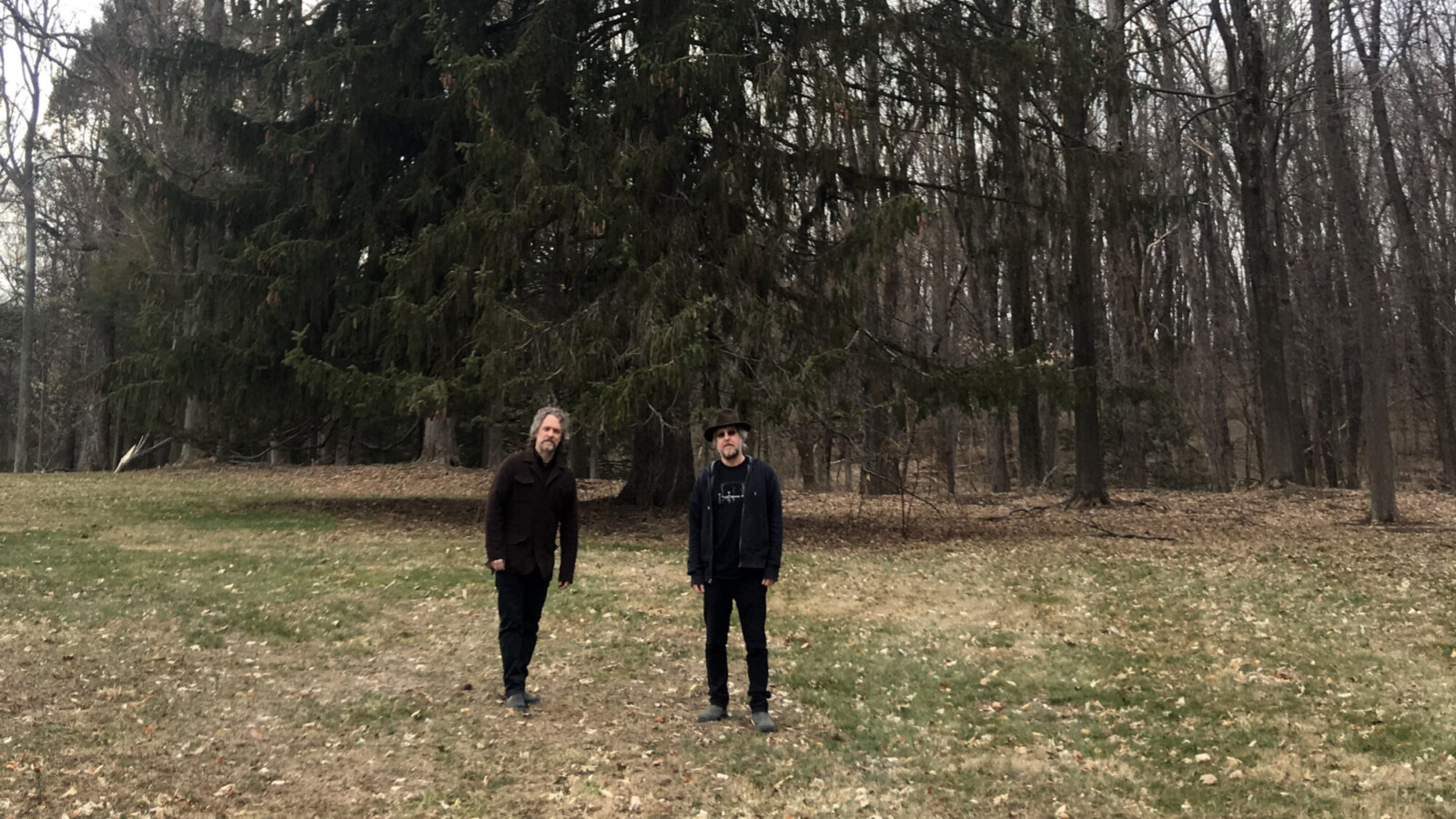