Eric Arn has mined the nether regions of avant-rock, free improv, drone and psychedelia beginning with the Crystalized Movements in the 1980s, and continuing with Primordial Undermind for over three decades.

“Ideas come from so many different directions”

How did you get into guitar playing?

Eric Arn: It’s funny, I fell definitely in love with the sound of the guitar from a young age, listened to guitar music all the time, but somehow didn’t imagine myself actually playing it. Inspiration was the (now “classic”) rock of the 1970s, first and foremost by the Blue Öyster Cult, but also Black Sabbath, Deep Purple, the Who and later in opposite directions both Iron Maiden and the Yardbirds. LPs I played over and over and over again… But I really never thought about making such sounds myself until my little brother surprised me by asking my parents for a guitar and lessons and getting them – but actually he didn’t last very long with it, so I quickly inherited the guitar and started fooling around with it constantly and intuitively, “playing along” with my records until I finally asked for some lessons myself at age 14. I haven’t really wanted to play another instrument since. Pull the strings. 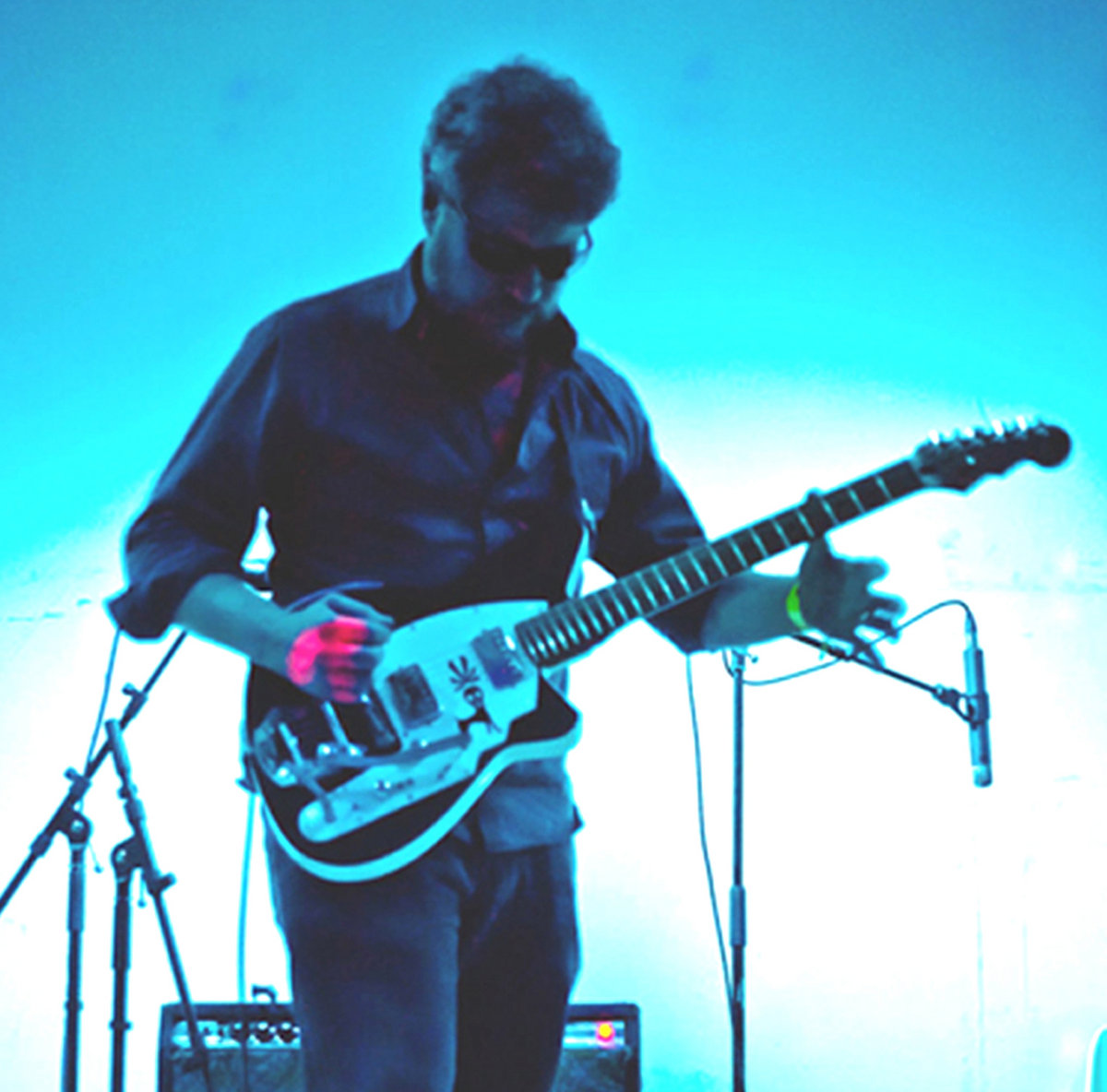 You mainly play solo these days, but do you come from a background of playing in bands?

Yes, absolutely – the summer I turned 16 and got my driver’s license I also got my first job (on a maintenance crew in a valve factory), and with my second paycheck I went to a guitar shop and bought a used Hagstrom strat copy (with a whammy bar!) and an amp. Through high school I mainly just played in a rock cover band, but in my senior year I was approached by a schoolmate, Wayne Rogers, at a party where he was selling his own LP for three dollars. This was the first Crystalized Movements album ‘Mind Disaster’, which blew my own mind wide open and set me on the path I’m still following to this day. I immediately started bugging him to let me join the band (which turned out to be just him at the time), and he eventually gave in, leading to me playing in the group for four years, playing my first public concerts, and recording and releasing the first album I was involved in – ‘Dog, Tree, Satellite Seers!’ After I moved to Los Angeles for graduate school in 1988, I started my own band Primordial Undermind, which has continued in many different places with many different players until today. In fact, we’ll release our newest album (I think it’s our lucky 13th) later this year on Sunrise Ocean Bender/Deep Water!

On older recordings, you mainly play electric guitar. On more recent recordings, it seems like you prefer acoustic guitar.

I’ve always played both, but in the 1980s and 1990s I didn’t hear much new acoustic guitar music and didn’t expect that anyone wanted to hear me making it. Playing live and releasing music just always meant playing with a band to me in those days. That changed when I moved to Austin, TX at the end of 1999 and connected with folks in the scene there, especially our neighbors at the time, the Charalambides. I started seeing solo acts live at house shows, et cetera, and discovering great solo guitar records old and new as well. I first released my acoustic playing to the world on a couple of Primordial Undermind albums, and then in a bigger way on my first solo album ‘Points of Fissure’ in 2013. That one was actually made with an acoustic guitar, often employing extended techniques and various implements, but with no electric guitar or electronic effects (as quite a few folks seem to think).

Who are the people who inspire you as when you play acoustic guitar?

You live in Vienna but your name doesn’t sound Austrian.

I moved to Austria from the US in 2005, for a job in scientific research and teaching at the Zentrum für Hirnforschung of the medical university here. I stopped doing that a couple of years later, but already felt so at home here that I knew I just wanted to stay – and I’ve never regretted it. Something about the culture and attitude here, all the many layers and aspects of it, as well as all the connections I’ve been lucky to make, just suits me. And living directly in the center of Europe has been a great plus for touring around the continent to play.

Are you part of a Vienna scene?

Sure, I’ve been living and playing here for 15 years, and have been happy to make a lot of enriching connections with other musicians and promoters, label owners, and proprietors of bars, clubs, and off- and art-spaces. There is quite a nice core of people here who organize, enable, and support non-commercial music and art – and even a little bit of public funding to help make things work. It’s the nature of the organizations and venues involved to change and evolve fairly constantly, but that’s also part of what keeps it interesting. Of course, what the landscape will look like once we are able to get back to working and gathering again after the pandemic is anybody’s guess. But a book on Vienna’s recent underground scene (calling itself a “zine”, but 550 pages with hardcovers) was recently published if anyone’s interested: Viennau.

You have been playing music for 30 years. How do you think your music evolved over time?

Somehow my general goals and tastes in music have not changed very much – I guess they stem from a basic part of myself. But of course my knowledge and experience and to some extent technical ability are slowly but constantly expanding. Every bit of experience goes into making the person here who’s trying to communicate through the music I emit. One big turning point along the way was when I stopped working as a research scientist – both that and trying to reach some potential as a musician need much more time than they can allow for each other – so that point was when I made a formal decision to say yes to all musical opportunities, to put myself out there more, and to really put in the practice (or at least playing) time every day, regardless. This has made a very big difference. 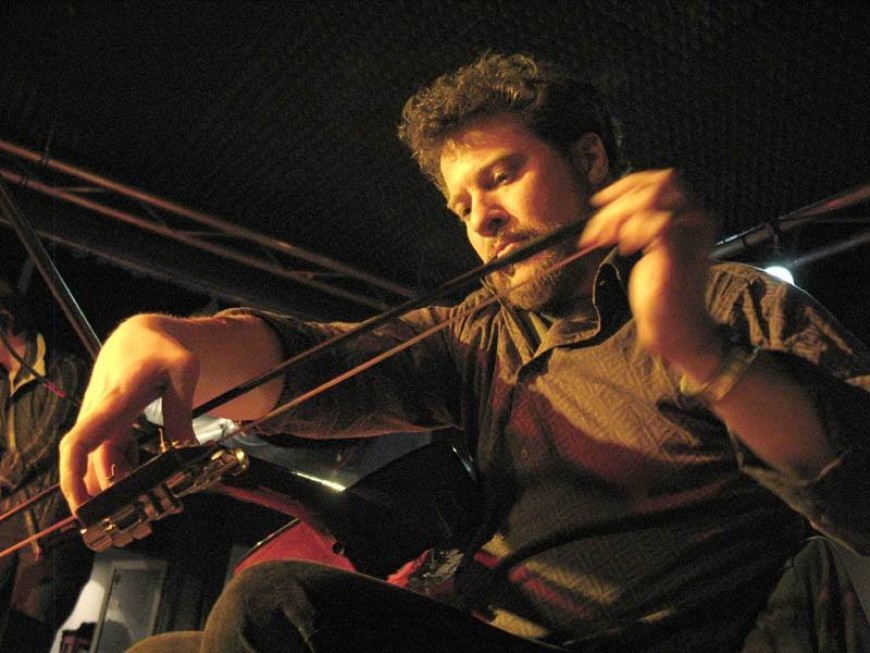 I mainly know your records via Feeding Tube releases.

That was actually the closing of a beautiful circle. Around the time in 1987 we pressed up that Crystalized Movements LP I mentioned, I went to a show in Boston where Byron Coley was the MC (it was the infamous Big Black/Pussy Galore/Urge Overkill blowout at the Channel) and cheekily handed Byron a flyer to our homemade “release party” in a garage in rural Connecticut. He didn’t attend, but he did call the phone number on the flyer (my parents’ house) to ask about getting a copy of the album. He liked it enough that he and Jimmy Johnson released it on the Forced Exposure label (three pressings in total). Those guys also got us onto the bill for the first actual club show we ever played, opening up for Borbetomagus and Sonic Youth (keeping it low-key by performing as the Steve Shelley Experience) at TT the Bear’s in Boston. So, we really owe a lot to Byron and Jimmy. I didn’t see much of Byron for many years, but I ran into him unexpectedly at the Festival of Endless Gratitude in Copenhagen in 2015. He had liked my first solo album and written a nice review of it for the Wire, and apparently liked my solo set that weekend too, as he asked me for a solo album for Feeding Tube. So far I’ve done four albums with them, and definitely hope to keep doing more! 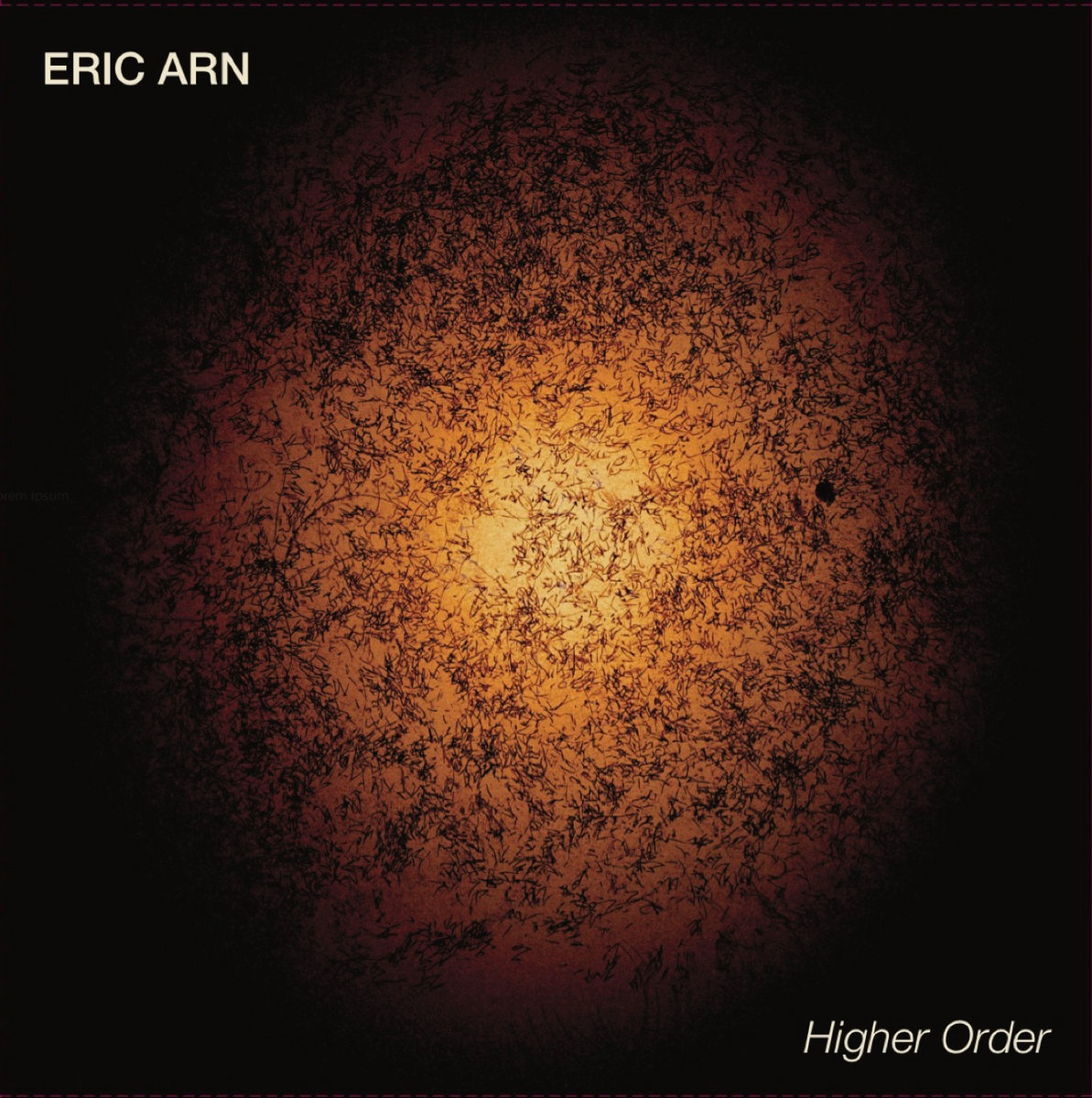 Your next album will be an LP called ‘Higher Order’. What kind of record did you want to make with ‘Higher Order’? A finger picking solo acoustic guitar album?

After my last albums, I did have the idea of making one where I really just focused on the solo guitar. But, to be honest making a full album only of strictly composed finger-picking acoustic numbers would probably be a bit boring to do from my point of view.

Ideas come from so many different directions and are so fun to follow up that I wouldn’t like to try and corral them like that. So the new record is all guitar, but some finger-picking and some flat-picking, some composed and some improvised, some single-tracked and some multi-tracked, et cetera. And just to confuse people there’s also one effects-laden electric guitar drone piece that I recorded live in Italy a few years ago. I think it all works together to make a greater whole, but I also may have a weird way of looking at things.