Dave Cousins is an English singer and songwriter, who has been the leader, singer and most-active songwriter of Strawbs since 1967.

Esoteric Antenna announced the release of the new studio album by Strawbs. ‘Settlement’ is the latest album recorded more than 50 years on from the band’s first major label release. The album comes at a time of political and social upheaval, which the lyrics and melodies of the songs reflect. Undeterred by the fact that “business as usual” was not possible because of the global COVID-19 pandemic – working remote from one another, from their own home studios – ‘Settlement’ is a remarkable achievement. ‘Settlement’ is available here!

“Culmination of all the twists and turns”

You’re active for over 50 years now. Did you ever imagine that you will release a brand new album with a band that you started in the sixties?

Dave Cousins: The first Strawbs album was released in 1969. I had no idea then that the band would go on to make over 25 studio albums! I regard the new album as the culmination of all the twists and turns the band has taken. I believe that the longevity of Strawbs is down to the lyrics of the songs, which reflect the circumstances and events that we have lived through. Also we have had the best line-up of keyboard players of any band in the world – Rick Wakeman, Oliver Wakeman, Adam Wakeman, Blue Weaver, John Hawken, Andy Richards, Don Airey, and now Dave Bainbridge. I’m looking forward to the next album already! 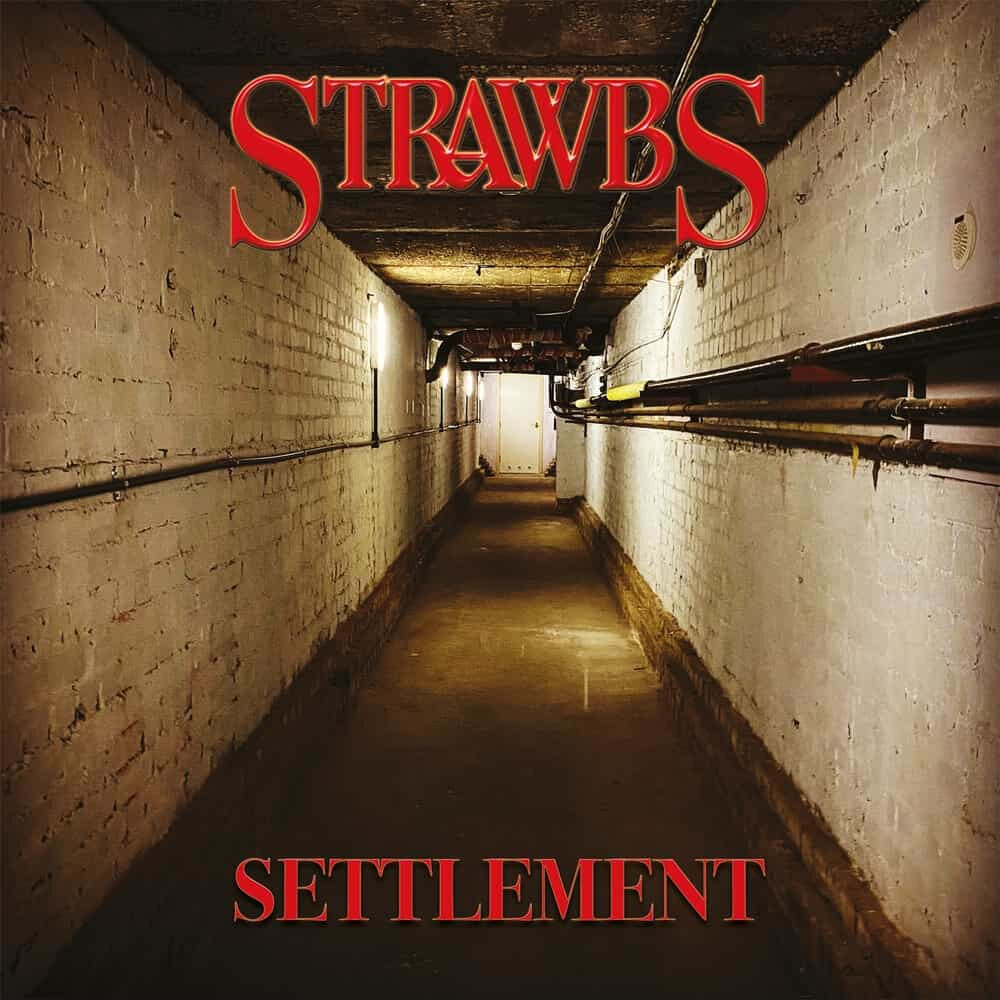 What has influenced your genre-bending approach to songwriting and instrumentation?

My musical styles developed out of the folk world, playing acoustic and electric guitar, five-string banjo, and dulcimer, all in a variety of tunings of my own invention. When you blend those tunings with keyboards it brings out the suspended chords that give Strawbs our unique sound. This is especially true of ‘Strange Times’ from the new album ‘Settlement’ – the chord sequence is based around an Open D guitar tuning which gives the song an otherworldly feel. The song ‘Settlement’ itself was written in an Open E tuning which creates a menacing sound. Then we add a song in 5/4 time, ‘Judgement Day’, which has a South African influence from Schalk Joubert’s bass lines. It’s not possible to classify Strawbs music.

Your music reflects the difficult times we are living. Would you share your insight on the album’s tracks?

The isolation from anyone, the vulnerability, the strangeness of the empty streets, the ineptness of the government’s response to a killer virus, and a growing awareness of spirituality, brought out new songs that reflect the uncertain times we are still living in. ‘Strange Times’, ‘Settlement’, ‘Each Manner of Man’, ‘Quicksilver Days’, ‘We Are Everyone’ (written after seeing the horrible death of George Floyd on the news), are modern day folk ballads.

I have not seen any member of the band for a year. The album was made completely remotely from one another, with contributions from band members recorded on our own individual recording machines. These performances were sent by Wetransfer to Blue Weaver in Germany, who coordinated the whole effort. I have to say it has been one of the most productive and satisfying periods of my recording career – I have little time to think of anything else!

What are some favourite recollections from working on Strawbs’ classic such as ‘From the Witchwood’ or ‘Grave New World’?

‘Grave New World’ was conceieved as a journey through life. Again, the songs have stood the test of time – we still perform ‘New World’ and ‘Benedictus’ on stage. It was the first album that we recorded with Blue Weaver and it was difficult for him as he was taking over from Rick Wakeman who already had the label of “Tomorrow’s Superstar”. Blue instinctively understood ‘Benedictus’ and ‘New World’ and his keyboard playing was revolutionary. I was not surprised when he was invited to join the Bee Gees and played on six consecutive No 1 singles in the Billboard charts. It has been a pleasure working with Blue again on ‘Settlement’.

How about working on your solo debut release, ‘Two Weeks Last Summer’?

‘Two Weeks Last Summer’ marked my transition from a folk singer to a rock singer. I had not played with such powerful rock players as Jon Hiseman and Roger Glover before and my eyes opened wide. I was thrilled when Rick Wakeman came back to join me in the studio. I believe that his playing on my record is the finest he has ever recorded. I as joined by Dave Lambert in the studio and it pointed the way to him joining Strawbs. The Manor studio is set in idyllic countryside close to Oxford and it was inspirational to record there. Strawbs went back to record ‘Deep Cuts’ and the magic was still there. 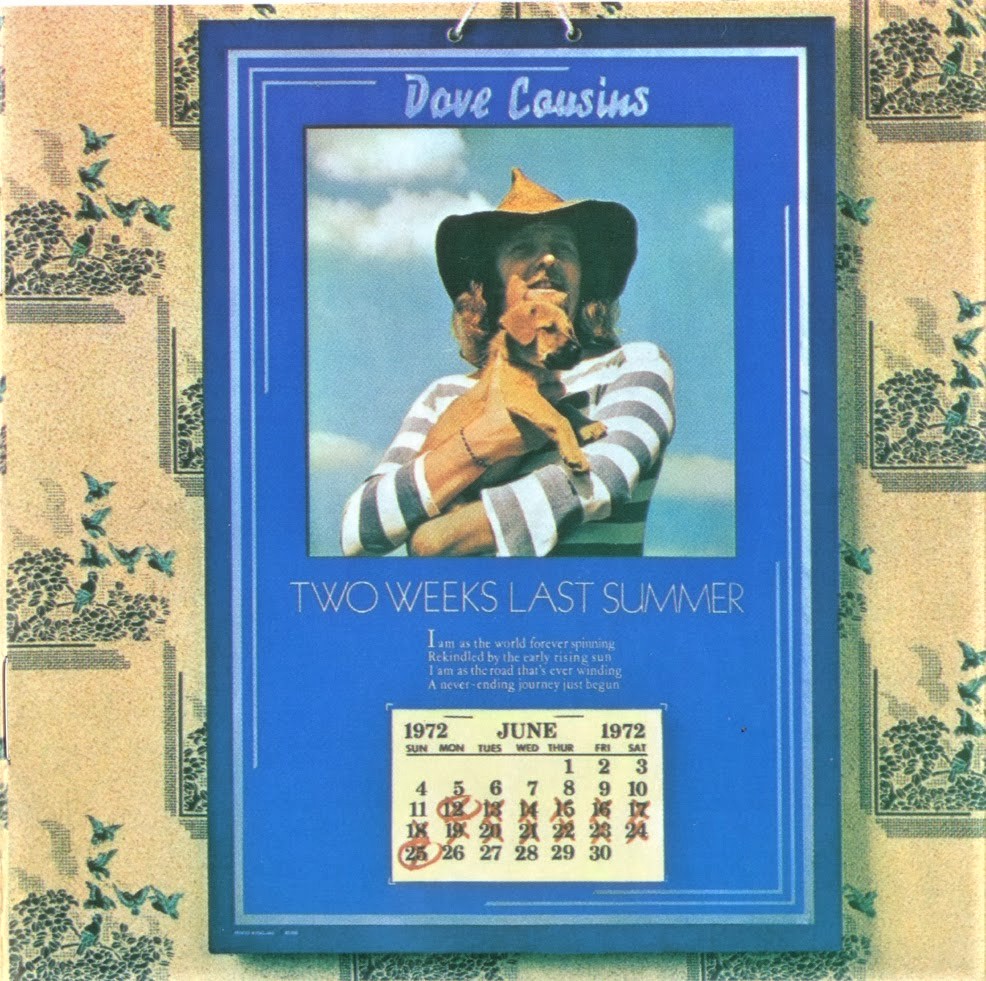 Musically speaking, there seemed to be a wonderful relationship going on between you guys. Would you like to share what’s the songwriting process?

Strawbs instinctively play to the songs – the songs are the lifeblood of the band. We do not set out to record virtuoso performances over complicated chord sequences, which seems to be the essence of some prog rock bands. With the new album ‘Settlement’ I wrote many of the songs on my own as I was not directly in contact face to face. I can’t say that the lyrics are written to fit a set of chords or a melody – often the chords come from a sketch of words that I have written down. I woke up last night and jotted down some words that I will store away for the next album.

This period of my life has had its frustrations, but it has equally had its inspirations. Who knows where it might lead! Dave Cousins