Above The Tree | Interview

Above The Tree | Interview

‘King Above’, the new album by Marco Bernacchia aka Above The Tree, weaves together ancestral stories of passion and serenity, conflict and resolution, loss and victory. Depicting an intimate and imaginative world of feline adversaries, exotic territories, and domestic enclosure, ‘King Above’ expresses the sense of seclusion and flight found in the project’s boundless ‘home kingdom’.

Originally intended as the soundtrack for an as-yet-unreleased documentary, the material collected on ‘King Above’ comprises a vivid country that transcends familiarity, evoking strange new multitudes.

‘King Above’ is your latest record. What’s the story behind it?

Marco Bernacchia: The idea was to encapsulate the emotions of the life I’ve led the last eight years, which has been the ‘empire’ of the Above The Tree project. Essentially reflecting the period that has passed since the last release. The influences and vibrations collected over this time went on to fill a kind of canvas, delineating what I think of as an ancestral map. This map helped conjure an imaginative story. Some of the track titles reference this story directly. Ultimately ‘King Above’ is based on a fantasy. In this fantasy a magical world takes shape, built on the current of an imaginary river. On this river boats sail to distant islands. The sailors sing lullabies to the waters carried by the wind and reach the sentries of an invisible castle, and the room of ‘King Above’, where a grey cat has long since taken over (‘The Grey Cat Dinasty’). This magical cat tries to unleash its anger against the invasion. Consequently, those responsible for the invasion try to ingratiate themselves with the higher divinity – the cat – by sacrificing the produce of the earth (‘The Farm of Life’). Meanwhile, ‘King Above’, the absent power figure, is dreaming of a horse that dreams (‘Dreaming Horse’), he is looking out the window of his soul (‘The Windows Soul’), watching his empire crumble and thinking about how to pay homage to his demise. 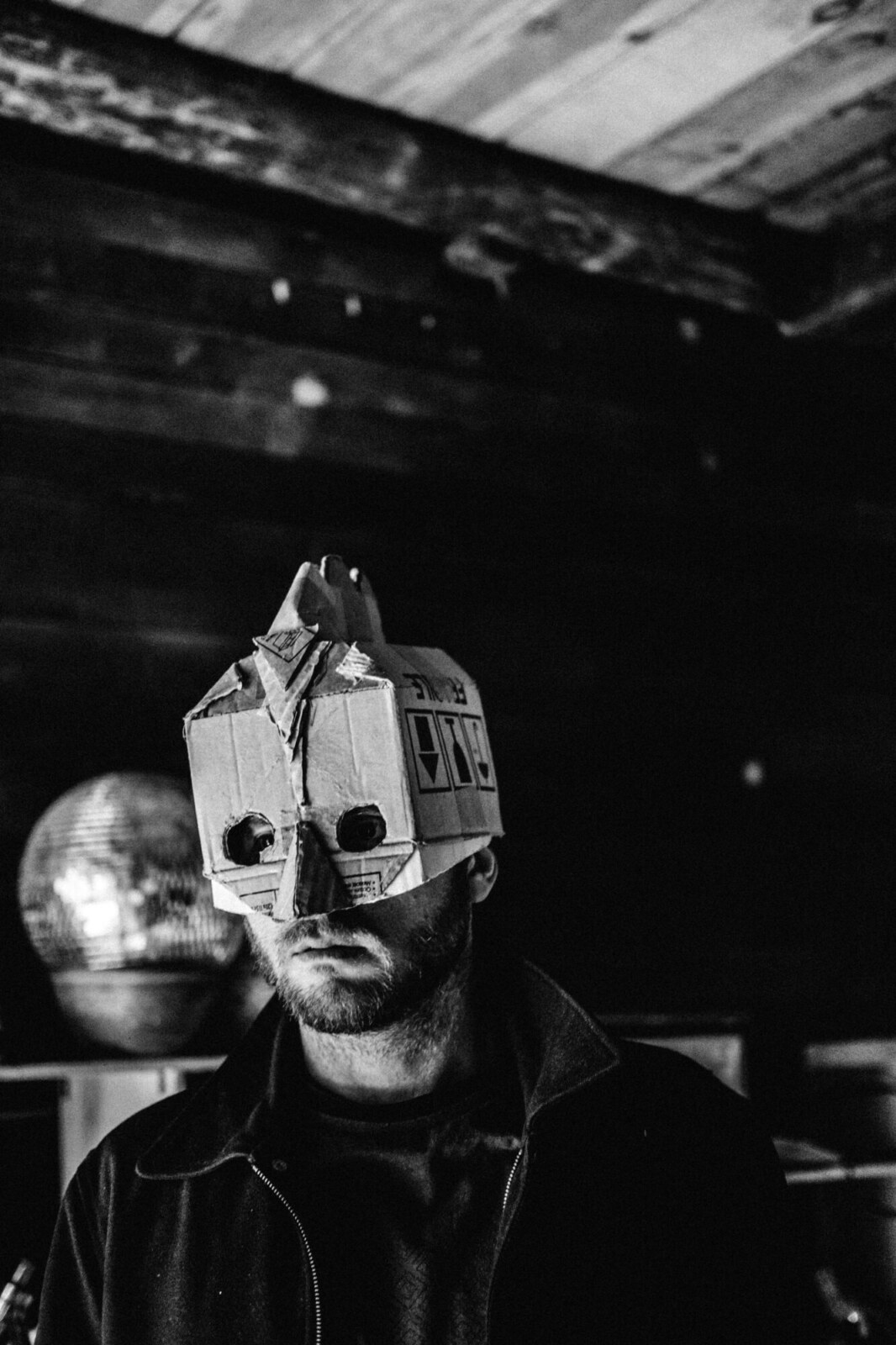 The album was recorded in quite a chaotic manner, comprising recordings that were made at Hukot Studio with digital production methods and other recordings that were made with analogue gear at Balsamic Studio. Other tracks and parts of the recordings included on the album are taken from concerts performed around Europe, live fragments originating from shows in Paris, Kiev, Budapest and Berlin, which I then degraded and / or sped up with my four track Tascam tape recorder. All the material collected and recorded was then revisited and edited at Studio Foresta – my home studio – in which, during endless sessions, the fourteen tracks of the disc finally took shape.

What would you say are some of the similarities and differences with your previous releases?

All of my albums start from an idea of self-referentiality and from my research of creative expression. In my previous Above the Tree material, my sound was rooted in an interpretation of folk & blues, and I tried to channel psychedelia too. This new work uses, in part, the same elements but observes them from a kind of third, parallel dimension, though there’s no overt reference or orientation. The influences are non-specific, and are arranged in a way that wasn’t consciously planned. It’s all quite serendipitous. Still, there’s a distinction to be made between my previous Above The Tree material and the ‘King Above’ record, in that whilst the past output tried to tell a story of the past with the sounds of the present, ‘King Above’ aims to convey the sound of an infinite future.

“I favour an imaginative approach in which sensations take precedent.”

My approach to creativity never changes. It’s the same whether I paint or whether I make music. I favour an imaginative approach in which sensations take precedent. Often, I am not sure what to do before starting a new project. But as soon as some sense of creative inertia is overcome, the form slowly reveals itself and becomes clear in the course of the creative process. Improvisation is always the starting point. The rest of the process is made up of taste and intuition, leading to the right sound being revealed. I hardly ever begin a project with precise influences in mind, though inevitably there are sounds that are part of my imagination that have shaped me.

How was collaborating with Francesca Amati?

I have known Francesca for many years. We have toured together in the past. He had already contributed vocals to one of the songs on my third solo album: ‘Into the Nature’. Francesca has a very particular voice to me that seems timeless. For some years we’ve been living in the same city so it’s become easy and convenient to collaborate.

How are you dealing with the current state of the world?

The current state of the world is something to escape from…I often project myself into my imagination and there I find the calm to keep going. Still, in today’s reality, there seems to be no place for concerts and culture, which is a disturbing situation. I have lived the last few years in a world that no longer exists. There has to be a way of figuring out a safe way to negotiate the current constraints, in order to revive this world, so we can congregate freely again (without endangering anyone of course). I believe the virtual world – social media and the internet – can help you get by temporarily, but in experiential terms it can never fully replace the tangible exchange that came before. Especially when it comes to culture. In the current scenario, free thought and reasoning around this issue seems to be discouraged. This is a big problem. There needs to be some more discussion, and some initiatives set up to explore alternatives. In any case, on a personal level I’m looking around. I will continue to do what I do without a doubt but I’m currently in a transitional phase, trying to remain open minded in order to see new paths to take, but also staying curious about the new worlds I can visit.

There are many plans I’d like to pursue in the future, though nothing for sure at the moment, given all the uncertainty. What could have happened was a world tour to present ‘King Above’, an undertaking which was already partially agreed before the lockdown, but which now looks more like a mirage due to the various travel restrictions. To plan a tour at the moment is unbelievably difficult. The overall feeling is one of complete misunderstanding. No one can organize the future if the future changes its rules with unprecedented speed. So I’m keeping occupied and devoting my time to working on a soundtrack and the editing of a documentary about Above the Tree (‘King Above’ will be the soundtrack). In the meantime, I started recording new Above The Tree material, something more acoustic and focused on guitar. I also have other collaborative projects which are in the recording and mixing phase. The new Virtual Forest album is practically ready and will be the next release for the Les Anges Noirs De l’Utopie label.

Let’s end this interview with some of your favourite albums. Have youfound something new lately you would like to recommend to our readers?

There are records that I’ve always returned to over the years. Some I didn’t quite get into on first listen but have since become fundamental. And when I listen to some of the other records listed here, I get lost in their soundscapes, or maybe I focus on a particular sonic element. Often, it’s the small details that then influence my own growth as an artist.

Anyway, here’s a few albums I’m listening to regularly at the moment, the records I reach for when I want to feel comfortable: 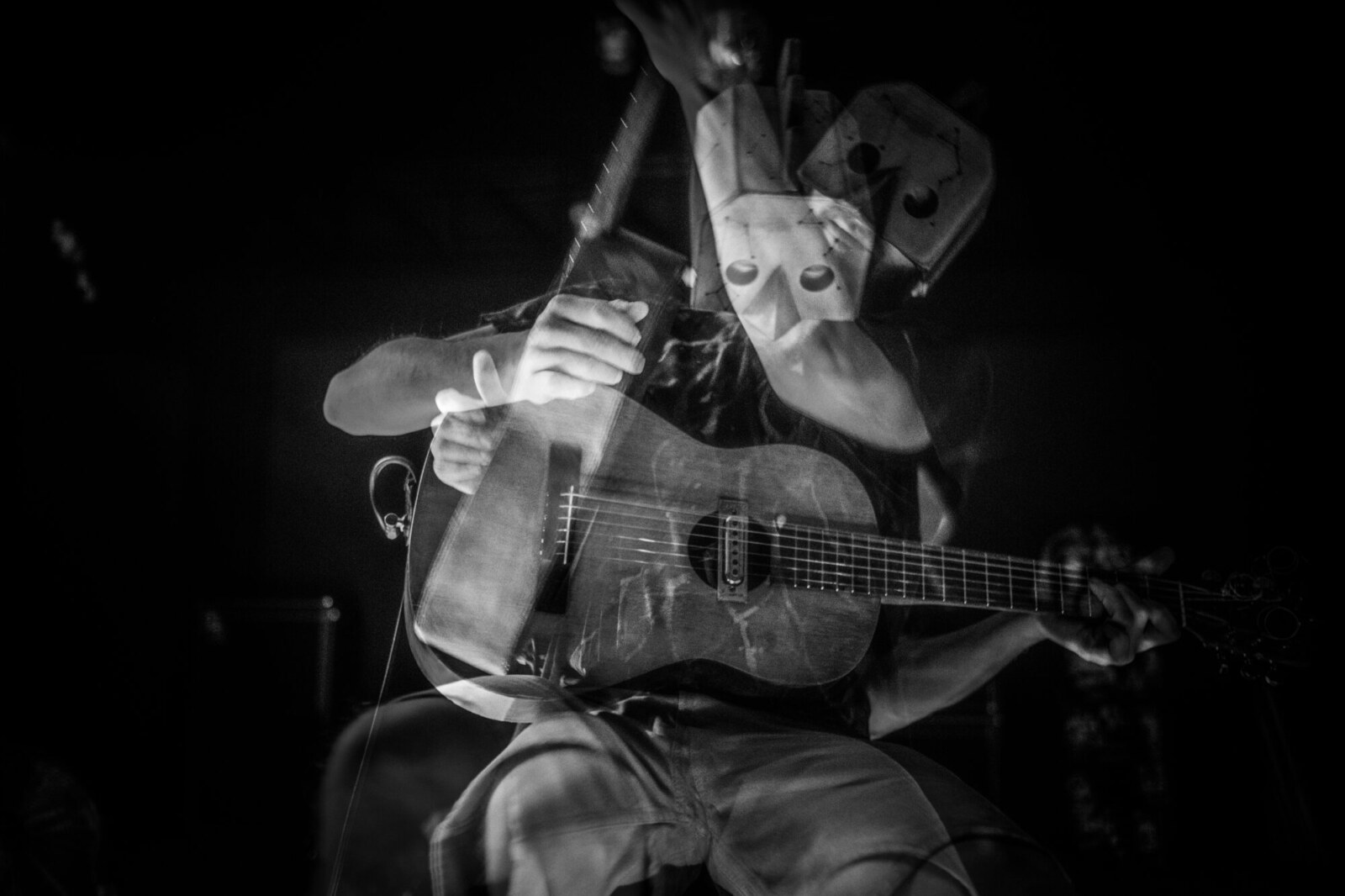 We have been lost and found several times during our lives. It is a relief to think that everytime we fall, submerged in the deepest waters, even after having touched the bottom and having lived the life that is found at those depths, we only have to go up. Recover the oxygen that is life. We will seek and find ways to give a sense of naturality to our lives, and music and culture could be this oxygen that gives life and helps us to grow. Now we only need to know how to introduce ourselves back into the world and with what tools. We just have to remember this in order to understand how to (re)act in the days to come. Marco Bernacchia