“Our music is more of a metaphysical statement.”

I was recently asked by Financial Times (Life of a Song column) how ‘In-A-Gadda-Da-Vida’ withstood the test of time and this is how I replied:

Unique, powerful and unforgettable. All those words come to my mind when I hear ‘In-A-Gadda-Da-Vida’. The Garden Of Eden. It’s one of those special songs that you won’t forget once you hear it. This monolith of a track incorporates hypnotic rhythm, dark atmosphere and layers of psychedelic guitar and organ. All these elements make it into one of the most well known classics of the psychedelic era. It forecasts the dark events that will follow by the end of the sixties and gradually end the Flower Power movement. It’s quite astonishing how well they turned a short love song into neverending psychedelic throbbing journey. I can only imagine how many kids were influenced by its repetitive nature and sheer power.

“After many months and 3 months of opening for Jefferson Airplane the song got longer and longer, taking on a life of its own.”

Do you agree that it predicted the near future events? What were the influences and inspirations for the song? And would you share some additional insight on the track?

Ron Bushy: ‘In-A-Gadda-Da-Vida’ was written as a slow country ballad, about 1 ½ minutes long. I was making a pizza at the Galaxy on Sunset Blvd. where we were playing to help support the band. We lived in Laurel Canyon off of Kirkwood Dr. I came home late one night and Doug [Ingle] had been drinking a whole gallon of Red Mountain wine. I asked him what he had done, while he has been playing a slow ballad on his Vox keyboard. It was hard to understand him because he was so drunk…so I wrote it down on a napkin exactly how it sounded phonetically to me… ‘In-A-Gadda-Da-Vida’. It was suppose to be In the Garden of Eden. About a year later with a whole new line up, Erik Braunn and Lee Dorman we took it to rehearsal and started to actually put the song together. After many months and 3 months of opening for Jefferson Airplane the song got longer and longer, taking on a life of its own. Immediately after the tour we went into the studio called Ultra Sonic Studios and recorded ‘In-A-Gadda-Da-Vida’ in 1 take. The engineer Don Cassel said, come in and listen. The song was done-17:05. Then we overdubbed Doug’s scratch vocal and Erik’s guitar and we were done. 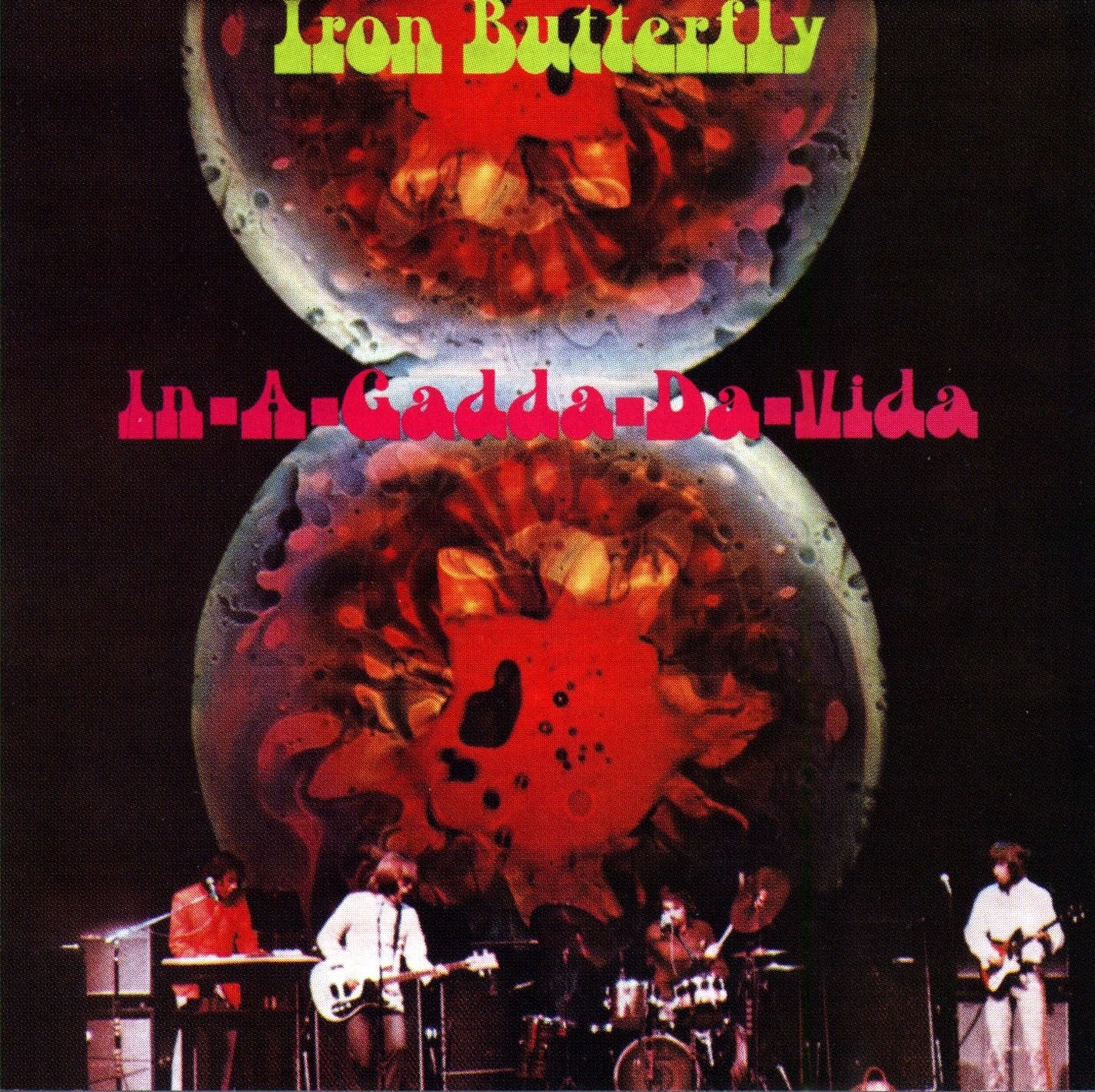 “Everyday we got up and wrote songs, and rehearse, then playing 5 sets.”

What would you say are the main differences between albums ‘Heavy’, ‘In-A-Gadda-Da-Vida’, ‘Ball’ and ‘Metamorphosis’? Please share your recollections of the sessions.

‘Heavy’ was the original lineup with Iron Butterfly; Doug Ingle, Darryl DeLoach, Danny Weis, Jerry Penrod and myself, Ron. We started in San Diego, then moved to L.A. to make it. There was actually 2 groups, The Voxmen and Iron Butterfly from San Diego. We both went to L.A. and ended up switching drummers and I ended up in Iron Butterfly. We played 6 nights a week at Bido Lito’s club on the Sunset Strip, 5 sets a night for 6 weeks. We lived upstairs in the office and left our equipment set up on stage. Everyday we got up and wrote songs, and rehearse, then playing 5 sets. From there we went to the Whisky for 6 weeks as the opening band for all the famous groups. From there we went 2 doors up to Galaxy where we played 7 nights a week, 5 sets a night. This is where we wrote and put ‘Heavy’ together. We became tight and got signed to ATCO Records [a division of Atlantic Records]. We went in to Goldstar Studio and recorded ‘Heavy’, while still playing at the Galaxy. After the album was finished, Danny [Weis] left the band. Daryl DeLoach and Jerry Penrod followed. Now it was just Doug Ingle and me…

Atco shelved the album because there was no band. We had no band, so we started auditions. After 2 months we found Rick Davis [Erik Braunn], guitar and Lee Dorman, bass. Now Erik was only 17 and still in high school, so his mother needed to give her consent. Lee Dorman was an old friend of mine from San Diego that played drums, but had switched to the bass. We were still living in Laurel Canyon, later we rented a house in Mission Hills where the whole band lived and set up our equipment in the living room. We rehearsed and wrote songs. 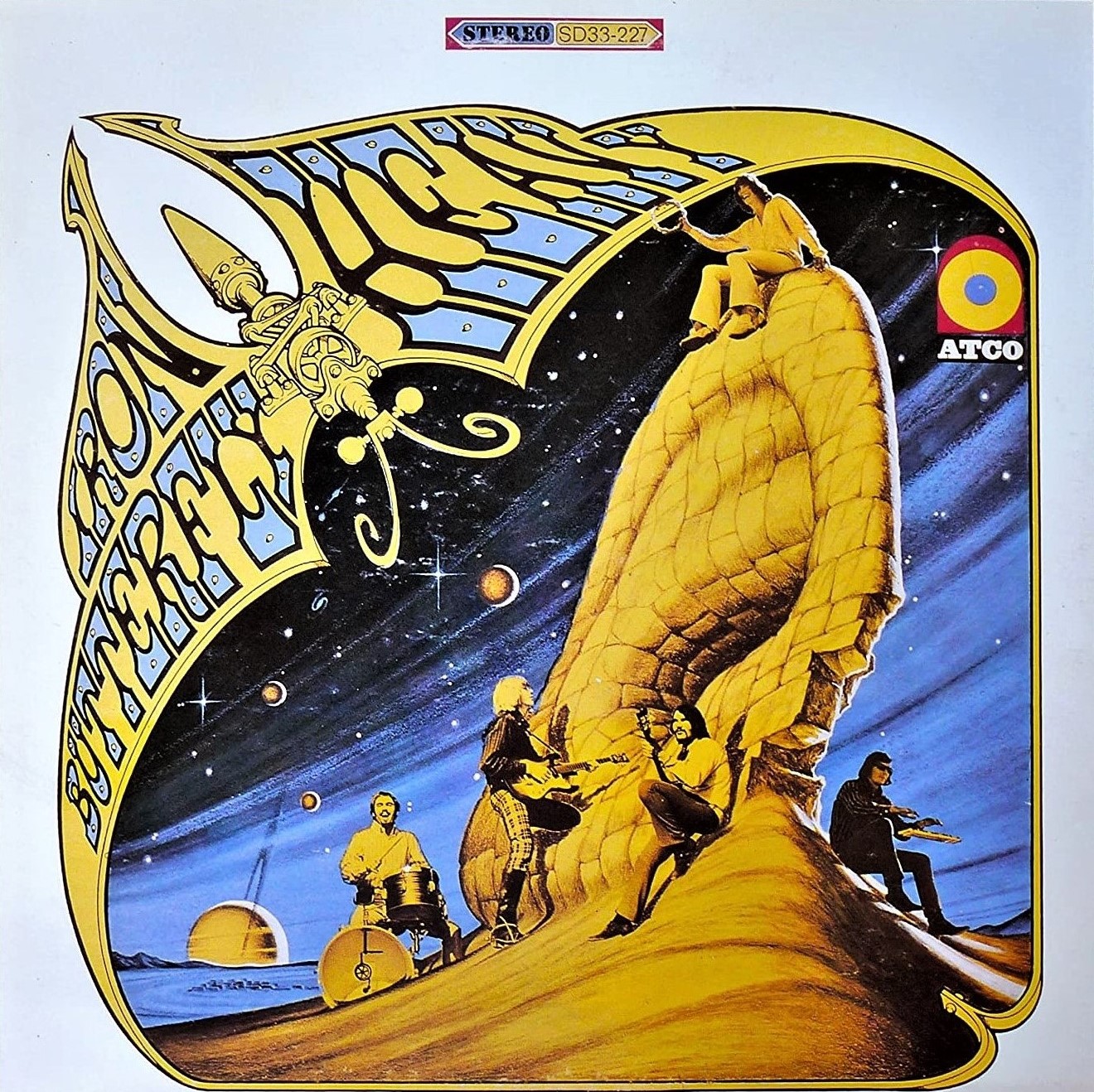 ‘Ball’ was written in the house and rehearsal studios and on the road and finished in NY studio where we recorded ‘Ball’. After touring with Erik [Braunn], he became very closed minded and did not accept ideas or lets try this. He was impossible to work with—so we decided to break the band up.

“‘Metamorphosis’ is my favorite album.” 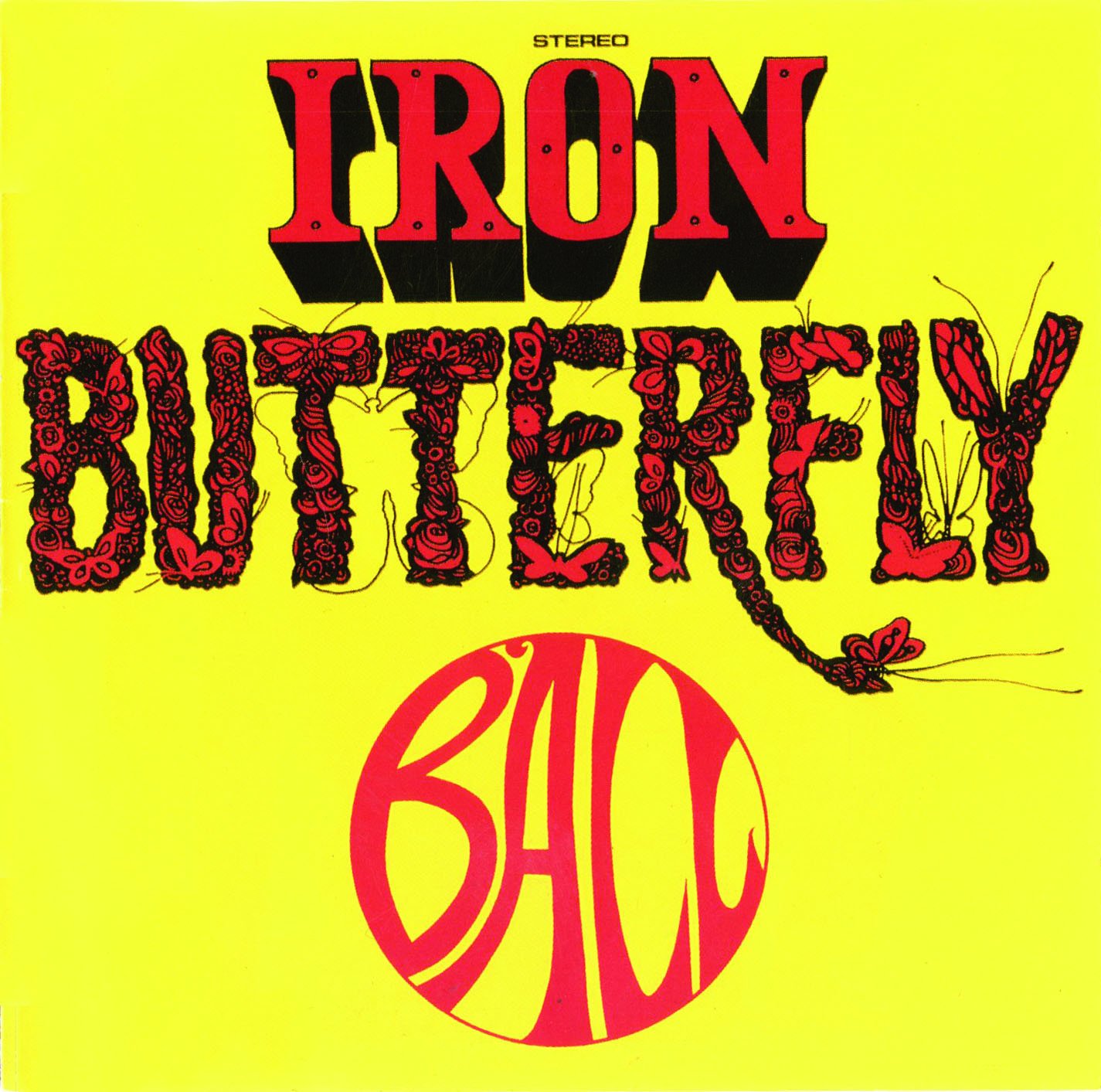 ‘Metamorphosis’, we replaced Erik [Braunn] with Mike Pinera from Blues Image and Larry Rhino [Reinhardt] from Allman Bros. Doug [Ingle] lived in a house in Calabasas where we would write and rehearse the songs on ‘Metamorphosis’. The rest was rehearsed and recorded in 2 weeks at American Studio on Ventura Blvd. with Ritchie Podolar and Bill Cooper. They were the first to have an all DC studio running on car batteries…no AC hum. It was an old Chinese restaurant converted with the walk in refrigerator as an amazing live chamber. ‘Metamorphosis’ is my favorite album. We got to spread our wings and be totally creative. My favorites are ‘Soldier’ and ‘Slower Than Guns’. 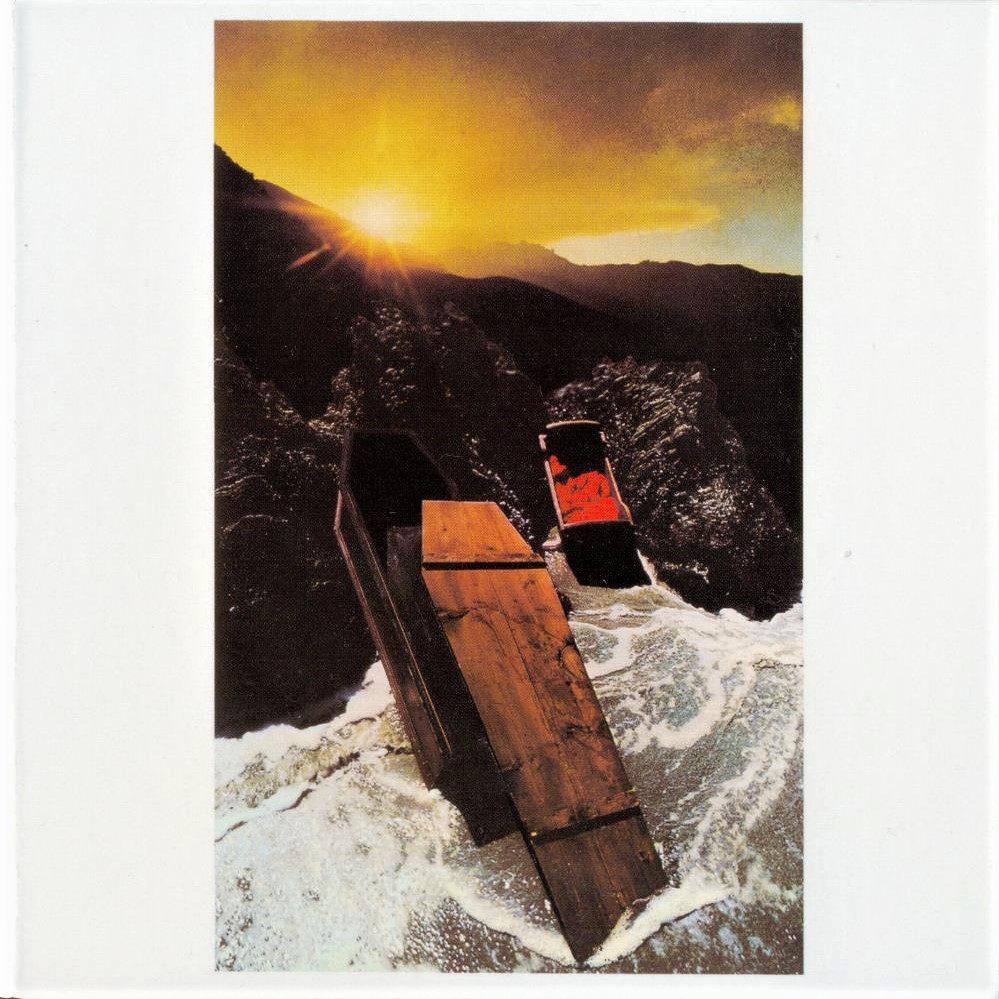 Were you inspired by psychoactive substances like LSD at the time? What kind of a role do you think psychedelics had on counterculture and its music?

I took LSD one time. I feel that some of the drugs were good, but some were bad. I had friends in bands that O.D. I smoked pot a couple of times. Smoked cigarettes and drank. That’s it.

“‘Soul Experience’ and ‘Unconscious Power’ were inspired by my LSD trip.”

You also co-authored the remaining three hits; ‘Soul Experience’, ‘In The Time Of Our Lives’, and ‘Easy Rider’. How do you usually approach music making? How important is improvisation for you?

‘Soul Experience’ and ‘Unconscious Power’ were inspired by my LSD trip. ‘In The Time Of Our Lives’ is also a look at life. The whole ‘Metamorphosis’ album is a very special trip. Improvisation is always good, especially playing off of each other.

Would you say there was always a certain concept behind Iron Butterfly’s music? Would you agree that there seems to be a theme that runs through your sound?

To me, our music is more of a metaphysical statement.

How did the name of the band come about? It sounds like you wanted something really heavy and light at the same time…

Doug Ingle came up with the name Iron Butterfly, which was light and heavy. 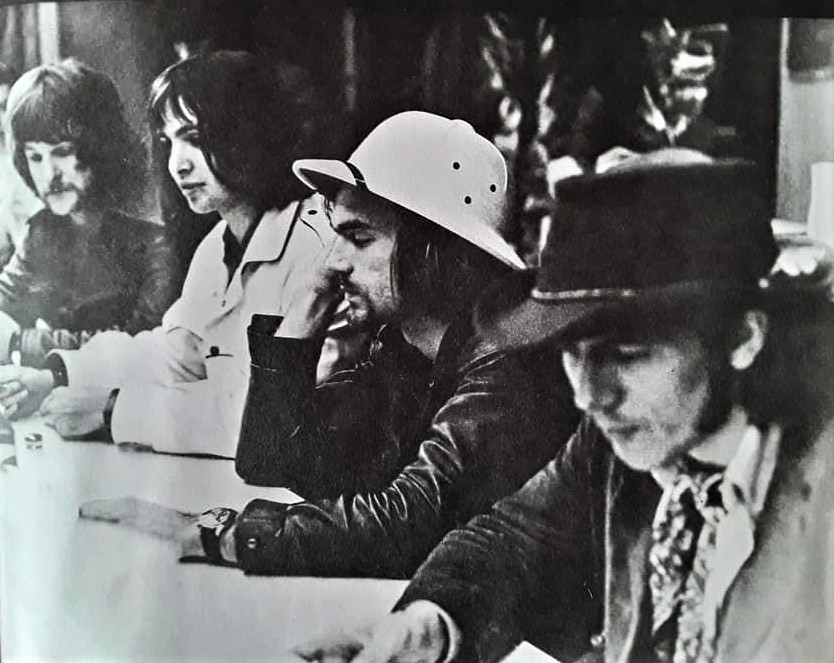 Looking back, what was the highlight of your time in the band? Where and when was your most memorable gig and what would be the most crazy story that happened to Iron Butterfly?

I will say Newport Pop Festival and Royal Albert Hall. Ringo [Starr] and Paul [McCartney] came to see us at RAH. Ringo took me out to dinner and drinks and said to me, “I hope you don’t mind I stole a part of your drum solo” in ‘In-A-Gadda-Da-Vida’. I told him not at all, “I took it as a compliment coming from you.”

Yes, there are two songs we never recorded.

I’m married with three children, all grown women now. I have a beautiful wife, Nancy and six grandchildren, three boys, and three girls. Married for over 39 years. 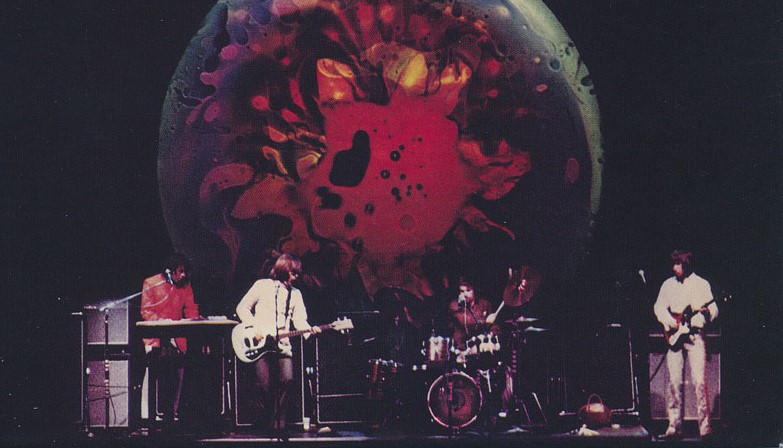