Yugoslavia – six republics, four decades, one dictator and a single record label that ruled them all: Jugoton (Zagreb, Croatia). Jugoton was by far the country’s largest label with the strongest and most diverse output that stretched from Balkan roots to contemporary trends and the sound of tomorrow . The early days of Yugoslavia featured strong censorship but by the end of the 60’s the Communist party views softened up by a large degree. Westernized music already had a solid presence and first James Brown influenced compositions were released. Yugo funk, a term coined by DJ’s and crate diggers from the Balkans, encompasses a wide variety of performers and genres: from the 60’s merseybeat rock bands, prog rock groovers and big band jazz orchestras to the late 70’s sophisticated 4×4 funk and essentially everything in between. ‘Jugoton Funk Vol.1’, a first of its kind, celebrates the pioneer years of funk infused music released by Jugoton. While in pursuit of these treasures all over the Balkan region and beyond, the compilation’s selectors, Dr. Smeđi Šećer & Višeslav Laboš, both active as DJ’s and crate diggers from the sole beginnings of the ex-Yu craze, wanted to capture the authentic and idiosyncratic funk sound of Jugoton and Yugoslavia. So here it is, comb your moustache, light up a fat one, turn up the amplifier and headbang away to these amazing tunes remastered from original master tapes dug out of the Jugoton vaults (now Croatia Records).

How did the project start?

David Blažević [Dr. Smeđi Šećer]: It was Višeslav’s idea. He called me and that’s when we first started talking about it. We browse through our record collections and exchanged our secret Jugoton funk digging lists. Višeslav was involved with Jugoton based compilations before me, such as ‘Electronic Jugoton’, and I have focused mainly on digging up ex-Yugoslavian funk and groove based ex-Yugoslavian music across multiple genres. 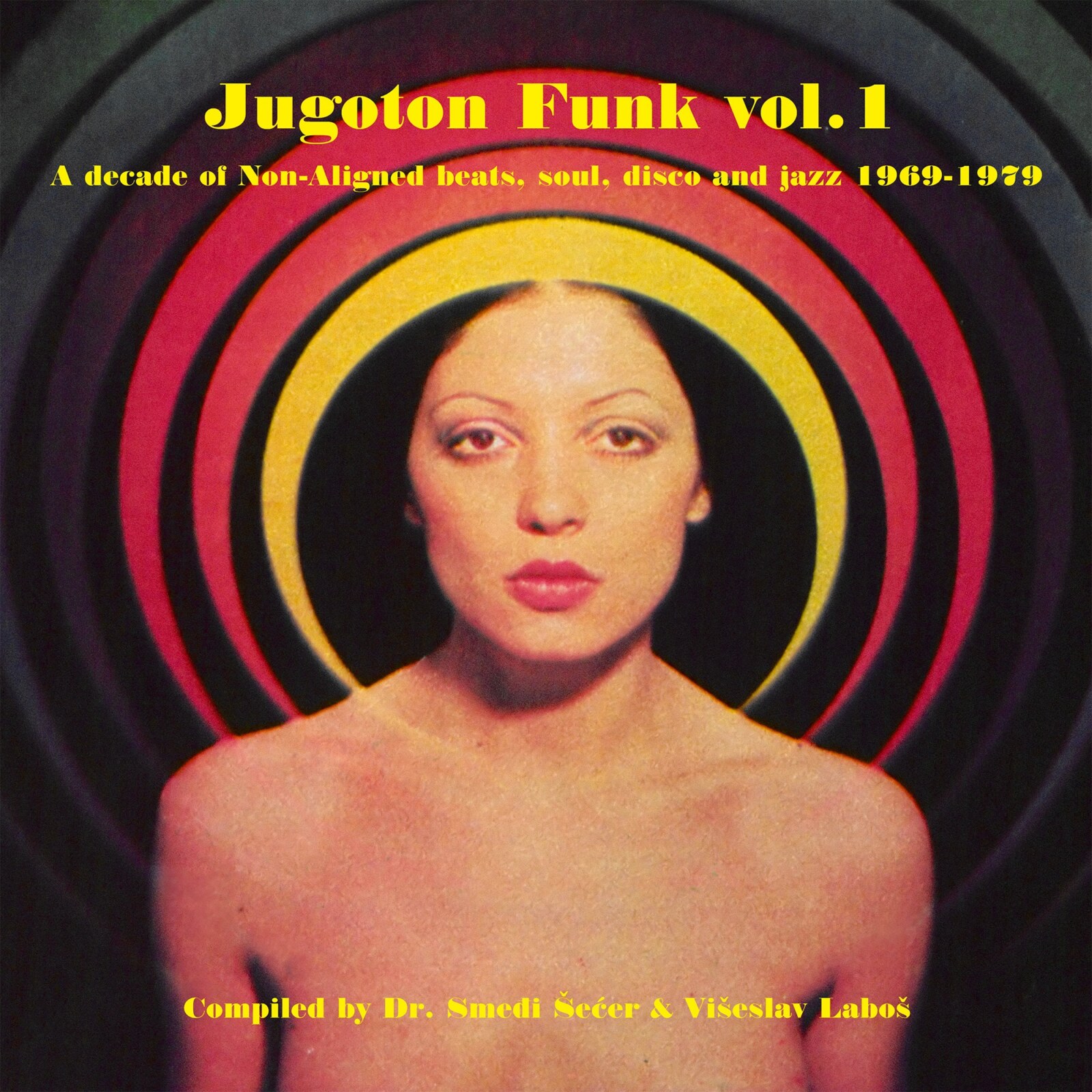 David Blažević: The concept behind ‘Jugoton Funk’ is simple on paper, but actually very demanding in practice. It’s a compilation of Yugo-Funk recordings from Jugoton that could work in your living room, on a dancefloor or in a DJ mix. While at it we tried to make everybody happy; experienced diggers and the first time listeners. The goal was also to thoroughly document that single decade of funk on Jugoton before things got heavily discotized. We have collected a large collection of funk from Jugoton while crate digging and researching independently over the years and the decision on what to include for the first vol. was made through a year long iterative process between me and Laboš. We have material for at least three more releases… The artist selection came out as a result of our collecting and eclectic approach to DJing and music – so the music itself spans through many genres. If it’s funky, psychedelic, weird…

How would you describe the ex-Yugoslavian rock scene?

David Blažević: Slavic mating music. Excellent and diverse. From copycats to a lot of original music. My favourites are of course the prog rockers, especially if they had a taste for folk music from the Balkans. Heart warming. 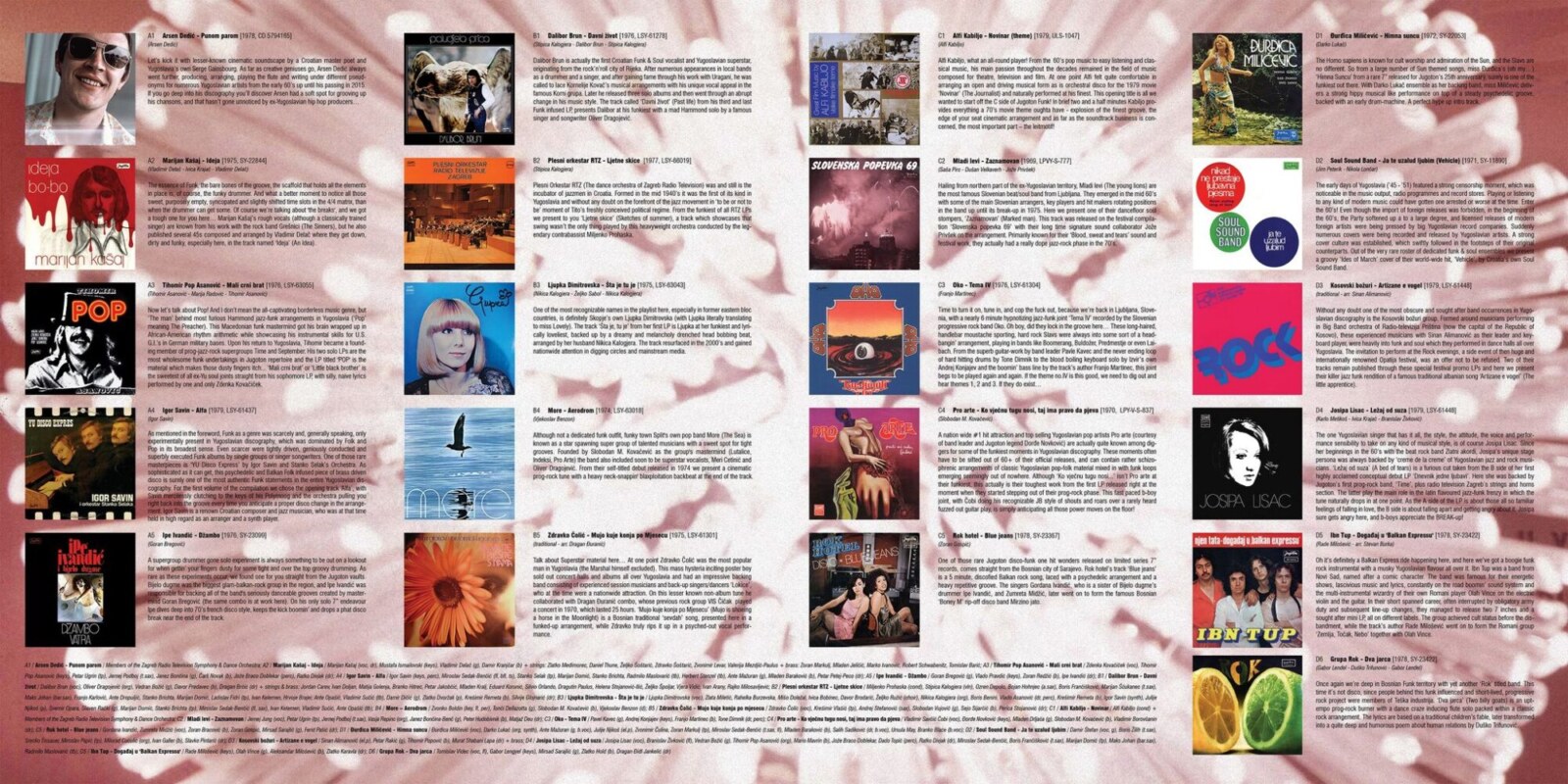 What do you think influenced Yugoslavian artists at the time?

David Blažević: Different artists, different influences… A lot of them were influenced heavily by western artists of course but also by their beautiful surroundings, lifestyle, Balkan mentality…

Yugoslavian artists were in the Pop music developments or dance crazes from the start, in the end not just following trends but making their own ideas come through. A lot of original work has come out. This is also due to western music taking some time to travel to the ears of Yugoslavian artists – at first it wasn’t easily available and it couldn’t be easily heard. A good story which illustrates this is how Radio Rijeka’s jazz band made programme music and introduced new Sanremo pop hits to the station’s listener. They would listen Italian radio stations during the evening, prepare and practice the covers overnight to have them ready for listeners in the morning. This was the early sixties. The station’s musical library of course evolved over time as did the Communist party views on imported music. 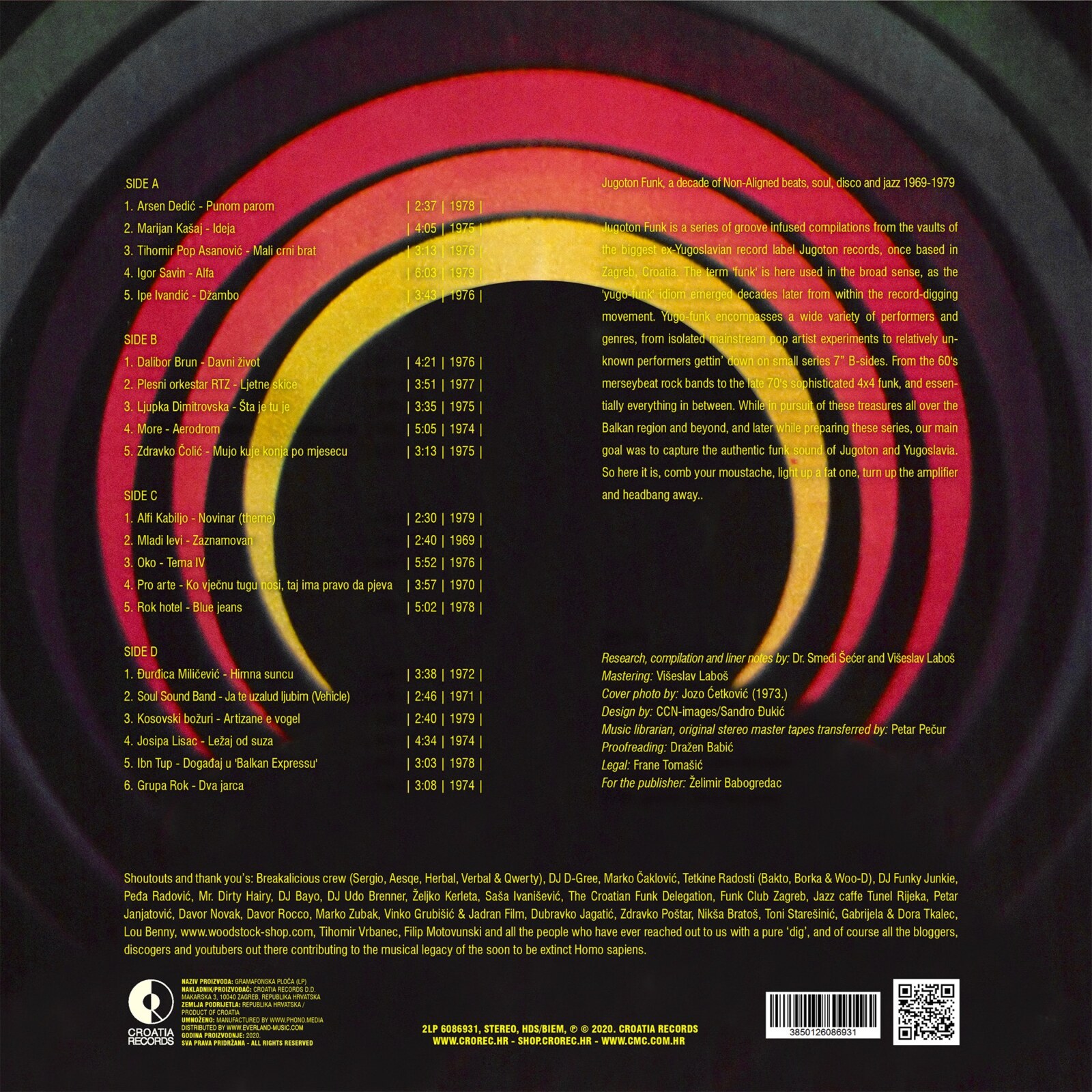 What can you tell us about the mastering project? What’s the source material for the project?

Višeslav Laboš: In a big compilation projects as this one, when it comes to mastering, the most precious thing is time. Our first briefings with Croatia Records regarding ‘Jugoton Funk’ happened 5 years ago. During that period the project was scheduled for release as I recall 2 or 3 times, and then dropped. As much frustrating this was, it bought us a lot of time. The best thing about it is that we had the music digitized for us, somewhere late 2016, early 2017. So every time the project was dropped, we could restart ourselves, talk some more about the concept, listen some more, ask for our latest discoveries to be digitized so we have more options to choose from.

So, the mastering process took about four years. Lol! Kinda kidding, but as I look back – de facto it did. The songs were mastered then, let’s say in the summer of 2017, ready to be released on a CD. But as it was cancelled, I took a break, and then started all over. In complex project as this, I keep all my versions in three folders, plus one with the untouched versions which we got exclusively ripped for us in 48000Hz 24bit format from original stereo reel masters. Why I say exclusively, when this is something you would expect as standard practice? Croatia Records had the majority of their back catalog already on Deezer, but those versions were noise reduced and hard limited. So, we had to plea for new takes, and luckily, we got them! Petar Pečur, music librarian in CR, gave his best. He was always available, friendly, and on time. If I asked him to repeat a song or two, he did.

Ok, and now the folders. One is for basic restoration, clicks, noises, drops, hum, declipping some heavy distortions, phase and azimuth issues. Second one is for eq-ing, some minor multiband dynamic processing, mostly done manually attenuating certain points which were standing out. The third and the last folder, contains our options for vinyl sides. It was a multitrack project where, as David and me finally decided what’s the track list for all four sides, the final loudness and color adjustment were made. So, firstly I treated all the songs as individuals giving them all they need, and all they can take, nothing more and nothing less. Only when they formed a cue, the major problems appeared. After all, ‘Jugoton Funk’ compilation deals with ten years of diverse sound approaches. From 1969 to 1979 things in the studio changed. If nothing, they changed from mono to stereo, and when I say stereo, on some recordings it was jumping right out of the speaker. Don’t forget, this was 70s Yugoslavia, so music production standards were pretty fly! Then there are different musicians, different song arrangements, different producers and studios, all the instruments you can think of… from small combos to big orchestras.

In the end, we wanted to keep the songs as close as possible to the originals. As one of the earliest mastering tasks – we focused on the cue. While doing so, the question which song would play nicely one after another, wasn’t the only criteria. We had to make four sides, four short 5-song stories, starting with wide stereo, and finishing in mono or narrow stereo.