“I think air is my element”

Victoria Pacheco: The idea since the beginning was to create a narrative long piece, cuted by the side A and B but in the process, I realized I wanted to create short compositions instead, “des petites tableaux”; so I started to work in a totally different way. That’s how the process has evolved so I accept the result.

I would like to imagine that when you listen to it, you are wandering in a certain organic sonic world. But technically you are listening to a series of compositions builded by different fragments of recordings and arranged by my intuition and choice.

A symplegma has different meanings, on zoologie it makes reference to a certain type of organism which lives on the ocean firmly attached to rocks and builds colonies, which are beautiful. That’s what inspired me to make the artwork too.

But a symplegma in art history can refer to a character, human or animal representation, whose totality is composed by different elements embraced or stuck to each other. Arcimboldo is maybe a good example, some Utagawa Kuniyoshi prints in Japan and many beautiful Indian or Mughal composite animals paintings, could also be a symplegma. For me this concept of embracement of different bodies or elements that together becomes something new, has an analogical sense with the way I made this album. An embracement of different organic sounds! At the end I just added the suffix ata, making reference to the word sonata. 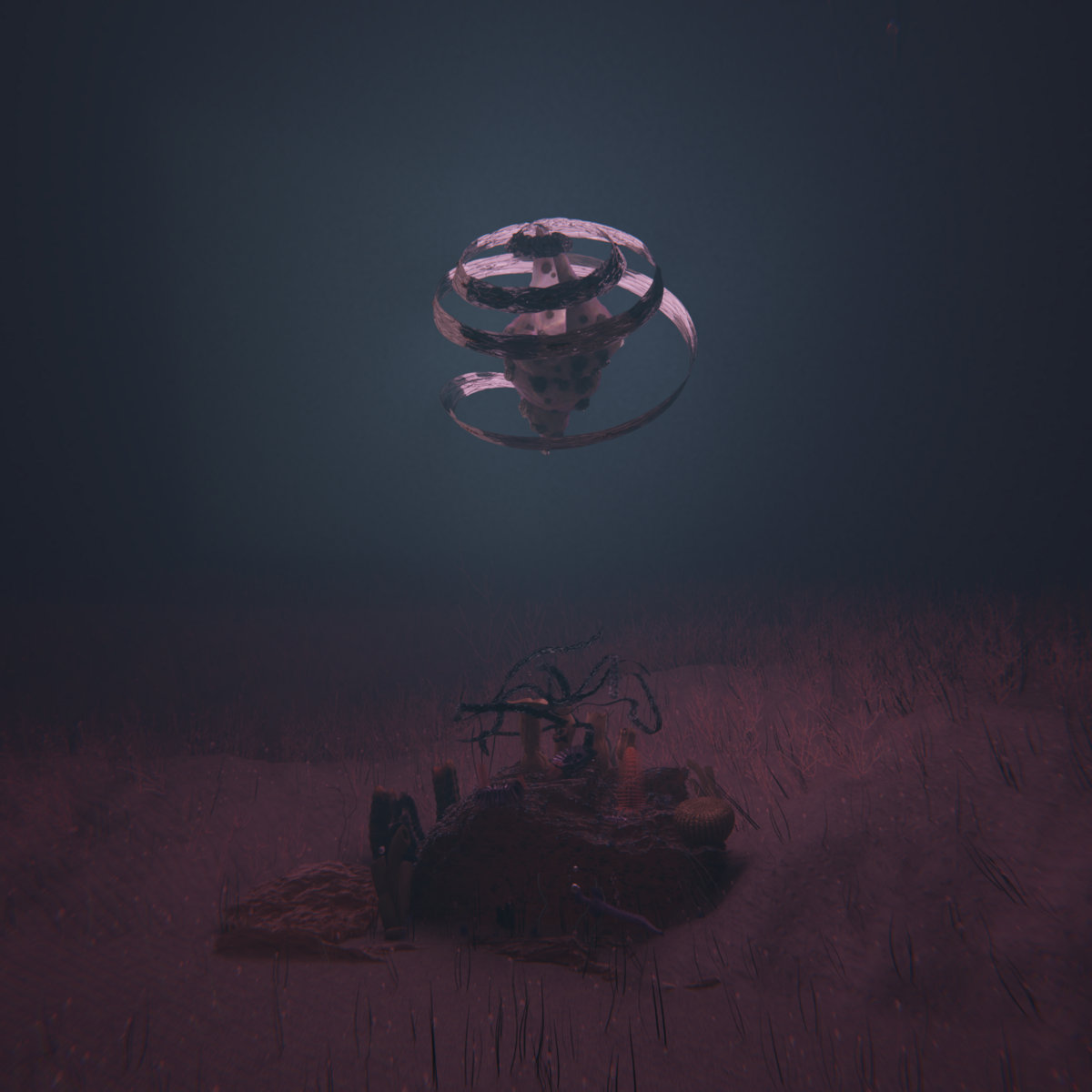 Is this your debut album?

Yes it is. KRAAK proposed to me to release it in November last year. So it took me almost 5 months to finish it! The primary matter this album is made of are my own recordings, I’ve been recording sounds from here to there for a few years. I use them in different ways to create a personal library of sounds. I do music with a really simple set up which allows me to create sound while traveling, so I composed the album between Oaxaca and Brussels. I had a recording session of my voice at Atelier Claus studio too.

You actually come from a visual arts background, not music.

I think I’ve always been floating into both arts thanks to a strong influence of the culture I grew up in. I did popular guitar and singing when younger, I was playing traditional Oaxaca songs! I was into printmaking and drawing too, which are really popular arts in Oaxaca, so there was always a big interest to try both, visual and music, one as essential as the other.

When I was 18 I chose to do art school in Mexico City and I started to experiment with sound then, while painting and getting in touch with new media arts. Then, with two other friends, we created Sumi Fata, an improvisation and ephemeral band, I was using my voice and a piezo with objects, we just wanted to experiment and to record our jams. I enjoyed living in this crazy and richfull city and discovering experimental music, great places, concerts and festivals.

When I arrived in Europe to continue studying, everything was still there for me to still be doing like that. Me and four other friends had an indus-noise band called Ippon Direct, we used to play very loud by hours the night at school, it was a great period. I started getting in touch with the sound studio at school, learning how to use recorders, software and microphones, and sharing my time with young artists devoted to sound practices or using sound in many many possible creative ways….

Then, the sound became an essential way of expression in my own artistic practice.

I am convinced that visual arts have influenced my way to listen, make and to understand music, in a formal way they are so close.

I’ve been reading a collecting writings book by Morton Feldman, a friend lent me, and there was this phrase I found interesting about painting and music: “The composer surface is an illusion into which he puts something real – sound. The painter’s surface is something real from which he creates an illusion.” That was the answer the painter Brian O’Doherty gave to Feldman’s question “What’s is the surface of music?” I think that’s kind of true. The link between visual arts and music could be a certain illusion, the difference lies in the materiality each one is made of. I think it is ok to know that difference, so you can oscillate between both.

I remember when I discovered Oskar Fischinger animations for classical music, I was so enthusiastic to see that there could be many ways to “marry the differences” between visual and sound in a total formal piece, to play with their illusory properties. That’s why I am interested in doing 3D animations, to shrink the boundary between both.

I think that’s a great affirmation! Even if the meaning of a good listener could be large and tricky, and subjectif…

For me, listening is biologically essential, and we all confirm it, but being a good listener is more like self pleasure and an intentional discipline, it’s about staying open to all the auditory impressions surrounding you and it involves memory too. On my work, playing or composing is a conversation with myself which brings forward and exteriorizes those impressions.

I saw a video of you at Brasserie Atlas in Brussels where you use ceramic objects as sound sources.

During my studies in France, I had a deep interest into magic, animism, totemism, I did a personal research about prehispanic instruments in mesoamerica in order to understand the link between sound object and magic, I was touched by the interpretations some archologues gave to all those beautiful and powerful ritual objects. I got fascinated by aerophones, by the simple way of making air vibrate to produce frequencies, so I started building different kind of aerophones in ceramics and other materials, different shapes and sizes, and I started activating them on installations and performances with compressed air, to record them and sampling them. I’m still working with them a lot, and still creating new ones! I think air is my element.

Well, this would start in Oaxaca for sure, we would walk into my favorite cacophonic place in the world, the Tianguis de Tlacolula, so much sound information here, I come back each time to record in this magic place, you can find astonishing soundscapes.

Then we will go to the pacific coast in Oaxaca, to listen to a beautiful nocturnal tropical sound escape, with the infinite roaring of the ocean at far. Then we would be back in the capital, at the day of the death eve to be part of a comparsa, here we would listen to a typical musical ensemble, playing many wind instruments and percussions, performing the hits of traditional Oaxaca folkloric music, while people dancing in the streets with amazing costumes. We would do a tour in the city to find some organilleros playing in the streets, they play old pneumatic organs, I have been impressed by those instruments since childhood.

If we are in February, then we can enjoy the Organ Festival of Oaxaca. A series of concerts on different restored organs of the state. The first time I assisted was a coincidence, by walking around, and it was in the Catedral de Oaxaca, which is really big and the sound resonates a lot, it was a really beautiful moment.

We can go to Italy too, we would visit Villa d’Este in Tivoli, where I listened for the first time to a hydraulique orgue at the top of the amazing gardens, you can listen twice per day to the Organ Fountain, a marvelous instrument!

Then maybe we can go to France! Landing into the Alps, in a little festival called Echos, organized by an association called Dôme, it happens at La ferme du Faï, here you can find one of the most amazing sound systems I’ve ever seen. Three huge speakers, built in concrete and wood, amplifying sound into a big cliff, creating a natural echo, projecting the sound in the valley. The artists playing during the festival, had a little residency time to create or adapt their music to this sublime system sound, the experience is a dream.

Then we would finish in Brussels, my hometown now, in the post covid period, we would enjoy many music events, I have discovered so much living and working here, so it is definitely an essential part of my magical mystery tour!