Border Music with the Mekons’ Jon Langford by Zack Kopp

Border Music with the Mekons’ Jon Langford by Zack Kopp

Jon Langford is a founding member of arguably the most contrary of the first crop of English punk bands (their first release Never Been in a Riot, was released in 1977 to spoof the Clash’s “White Riot”).

He began as the drummer, and currently handles vocals, guitar and songwriting. The Mekons took their name from the Mekon, an evil, super-intelligent Venusian featured in the British 1950s-1960s comic Dan Dare (printed in the Eagle). Especially unconventional and cool is the band’s ethic of changing as it will and never formally disbanding or depending on a set lineup, excepting a couple of constants since 1977, namely Langford and Tom Greenhalgh. They’ve experienced a number of changes, of members and in their style since then, releasing a steady stream of genius collections, most recently 2019’s Deserted, described, in part, as “folk music by folks who are pissed and disillusioned, lost and longing to be found, but only on their terms”, evolving through dub into an alt-country act with a heart of punk. Addressing the Mekons’ magic, noted critic Greil Marcus, one of their biggest fans, has said, “Winning is simple. Losing is complex.” Langford has been a Mekon from the start, throughout the course of an admirable, decades-long musical career peppered with membership in several other outfits—two we’ll talk about here—and multiple instances of humanitarian activism. Notably, he has been instrumental in the fight to repeal the death penalty in Illinois. 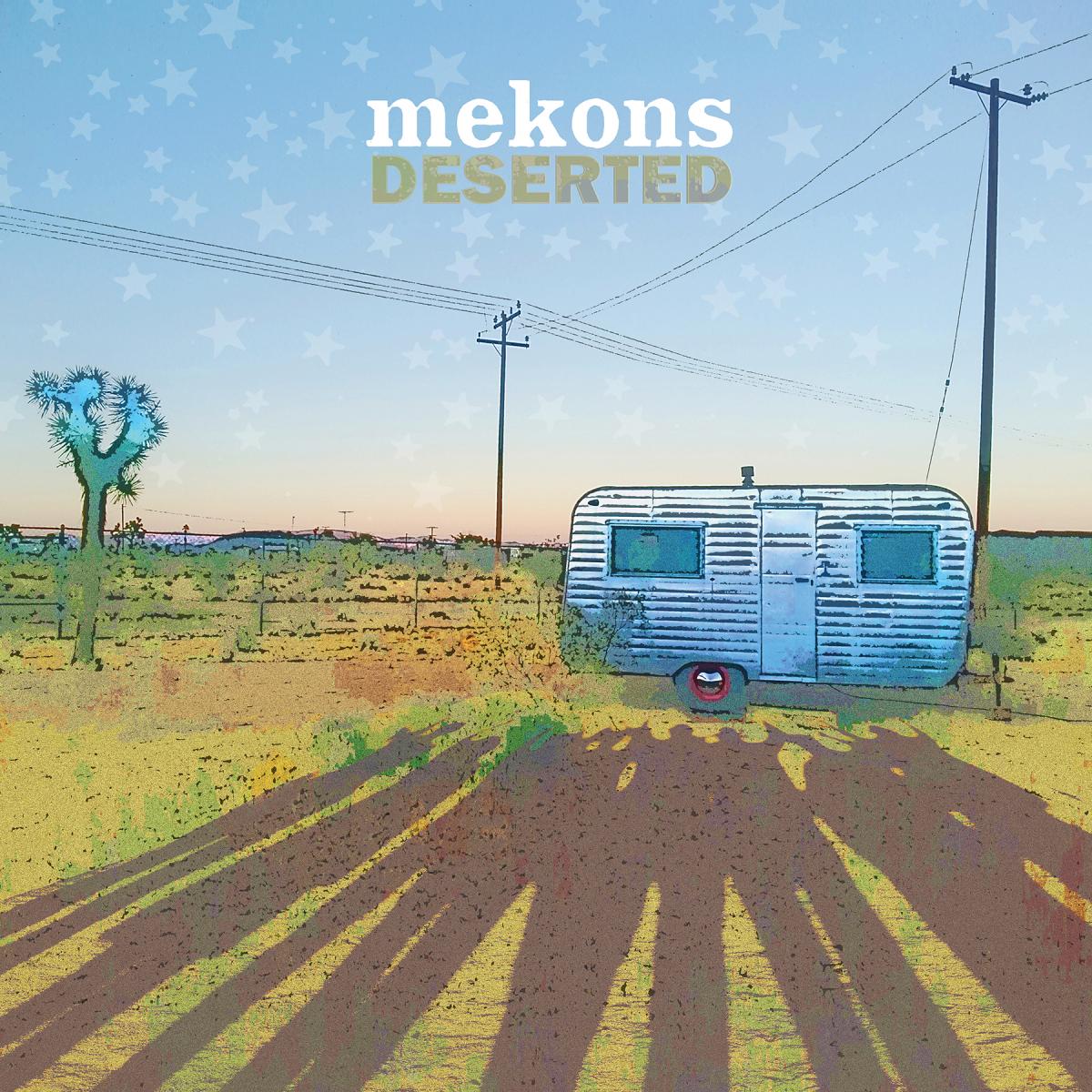 Asked to describe the Mekons timeline, taking the long view, he replies,“It’s like a knackered old bus driving down a country road . . . There’s been good times and there’s been not so good times – usually the good times are when we have our hands on the wheel and somebody else isn’t driving. When somebody else is driving it usually crashes and people disappear for a while before regrouping. Obviously Tom and I have been the ones you’ve been in it from the very start – But we’ve been working with everyone else in the current band since the early 80s with the exception of Dave Trumfio who has been our recording engineer soundman Court jester playmate bassist and producer at various times since 1993 – Some have left but usually they return in some form or other for different projects. If it was a graph of economic success there would be a few peaks but mostly it would be bubbling along steadily near the foot of the graph. We value happiness and creativity more than the financial side of things, so that doesn’t really matter.”

While more country revival than cowpunk precisely, Langford’s work with the Waco Bros. has done a lot to legitimize old school country music for Mekons fans. Their song, “The Death of Country Music” is easily appreciated by either camp. 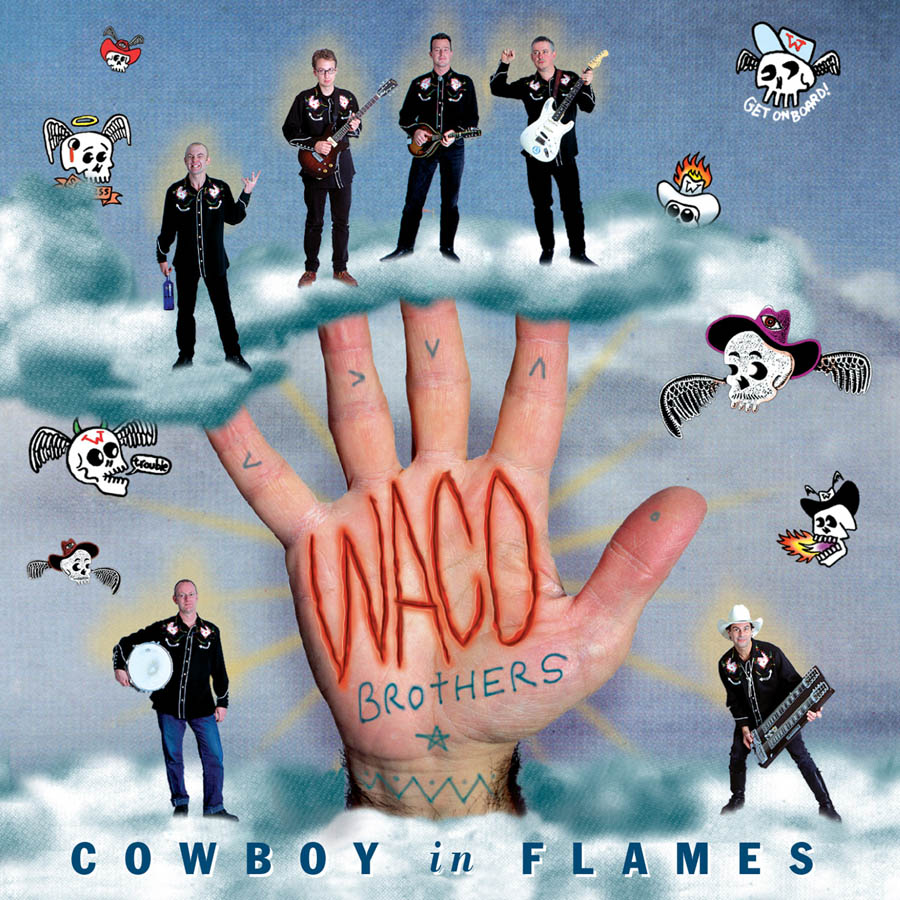 “We were obsessed with honky-tonk music in the early 80s along with Cajun, dub reggae, Tex-Mex . . . We were very interested in different forms of folk music, functional music, music that came from the grass roots, that belonged to a specific community and that identified a group, perhaps – but also music that came from moments where inventories and cultures collided – border music. There was a Cowpunk thing going on in London in the 80s which we didn’t really associate ourselves with. We felt it was kind of Kitch and tongue-in-cheek. We treated people like Jimmy Rogers, Hank Williams, Johnny Cash as old testament prophets to be taken very, very seriously – we did not try to imitate the music in anyway, but just let it infuse itself into whatever we were doing.”

In 2013, the biographical documentary, Revenge of the Mekons, charting the band’s progress, from Leeds University students hanging around in the same social circles as the nascent Gang of Four and borrowing their equipment at off moments, to a collective of musicians—most of whom still have day jobs—with scores of great albums to their name. It premiered in New York City at the NYC Doc festival, and met with acclaim, becoming a New York Times critic pick.

“I think Joe Angio the director made a really good film, and he walked the tight rope between trying to make something that would please our long term fans and something that would create a larger audience for the band, introduce us to new people. I hadn’t seen it for a while. Doesn’t seem like all that long ago we made it, but everyone looks incredibly young and it to me now! I think it’s done the band quite a lot a good in terms of visibility. But I have to say we would never make another one.”

Langford was born in Newport, Wales, and gives nod to his Welsh roots in his solo effort, Skull Orchard (1998). The Mekons’ latest, Deserted (featuring “How Many Stars”) was recorded in the California desert, to suit that album’s desolated aesthetic. The band has multiple members located in different parts of the United States and Europe. The Mekons, as a creative entity, have a standing tradition of never making Mekons music except when they’re together, necessitating a lot of airplane travel. Langford worries about the huge carbon footprint all this travel amounts to in Revenge of the Mekons, prompting singer and lyricist “‘Cowboy’ Sally Timms of the Wild West Yorkshire”, a member since 1986, to remark this is possibly the secret to the band’s longevity.

Despite its far-flung state of being, the band’s civic nucleus for years has been Chicago, Illinois. “Me and Sally are still in Chicago. She lives near the city center. I’m on the edge of town by the woods and the river. It’s always been a very welcoming place for me, somewhere where I could work and get things done. It is like a homebase for the Mekons when they will come to the States, but people are scattered across the globe right now, and it’s impossible for us to get together [because of travel restrictions, for one thing]. Lu and Susie are in London, Rico and Dave in California, Tom in rural Southwest England, Steve In fashionable Brooklyn, etc.Chicago continues to surprise me – it’s a great place to live and make art and music . . . Lots of support from the locals who are decidedly less Trumpy than other people in this country.”

In 2014, at the Hideout Block Party in Chicago, Langford debuted the band Bad Luck Jonathan (name inspired by that of then-president of Nigeria, Goodluck Jonathan). This “socialist voodoo space boogie” band, described as included Waco Bros. members Alan Doughty and Joe Camarillo, Phil Wandscher from Whiskeytown, and Martin Billheimer from Chicago’s Pritzker Military Museum and Library. The band’s little known album so far, as Bad Luck Jonathan (2016) is a personal highlight for Langford. “We have been talking about [doing another album]. Weather Blue Arrow Records (our fantastic label in Cleveland) would want to make another one is unsure. We must’ve sold at least six or seven copies of the first one! There is something really primal and cool about that record, came together very quickly and it’s one of the things I’m most proud of but I don’t think anyone’s really ever heard it.”

As someone in it for emotional success, as opposed to financial, Langford has been involved in a number of humanitarian efforts throughout his musical and artistic career. Performances of his music/spoken-word/video performance, The Executioner’s Last Songs in 2005 helped raise funds for and awareness about fighting the death penalty in Illinois, which motion has since passed. “Pleased to say that this was one of the first political campaigns I’ve ever been involved in which actually achieved its goals,” he says.” The performance element was a very minor part of this – what really helped were the three albums Bloodshot Records put out where we recorded songs against the death penalty. I had fantastic support from loads of different musicians who came together to try and raise some money and put it into the hands of some people who really knew what they were doing. Currently, there is no death penalty in Illinois and the next stage is obviously federal abolition.”

Langford and Sally Timms joined forces with Kelly Hogan, and Devil in a Woodpile in a band making children’s music called Wee Hairy Beasties who released a couple of albums and played a show at the Brookfield Zoo near Chicago. “When I had kids of that certain age where children’s music was being played around the house I was apalled by how insipid it all was. Rick Sherry, a good friend of ours, also had kids of that certain age so we decided to form a band to make superior children’s music in which animals were not all fluffy and there were bowel movements. This worked very well for a while, but we realized we were not really children’s performers and there was a great danger of us letting ourselves down on stage – Sally was particularly concerned about dropping an F bomb.”

The Mekons always have something new coming down the pike, even during an unprecedented global pandemic, and have been collaborating remotely on the next episode in their strong saga of functional music without regard to plunder. “We were supposed to be recording an album in Valencia Spain in April, that fell through for obvious reasons. We decided to try to make an album remotely, which we’ve been working on ever since.

We used primitive home recording equipment cell phones and the Internet and it’s really quite exciting to still be able to make something even though we can’t see each other face-to-face. it’s currently being mixed by our bass player in LA.We have embarked on a new style of recording which is pretty barbaric, but a lot of fun. 4 PM today I am live on Hideout TV.”