Byenow are releasing today, May 8 2020, their Self Titled debut album on CD and Digital formats via labels Out Stack Records/Fooltribe. The Italian duo consist of Andrea Dellapiana and Nicholas Remondino. Their album is a fusion of acoustic guitars, voices, drums and percussions – exploring the atmospheres and flirting with art pop arrangements and electronic manipulations. The album has been recorded, mixed and mastered at Spazio Rubedo in Turin (Italy), by Manuel Volpe & Simone Pozzi.

When did you form Byenow? Would you like to talk a bit about your background?

We formed the band in July 2016, but we’ve been friends for almost ten years now. Our stories are quite different: Nicholas started playing drums when he was 4 and has been studying music ever since, currently in one of most important jazz academies in Italy. On the other hand, I never took music lessons and I’m completely self-taught. We met through music, because Nicholas was involved in a couple of bands in which all of our common friends played. So, after a while, the idea of playing together came quite naturally.

Our first rehearsals were a bit like the mad scientist laboratory: we wanted to improvise, I was playing acoustic guitar, clarinet (I didn’t have a clue of how to play it), messing around with a radio and Nicholas was playing drums and objects. It didn’t last very long but, in hindsight, it was the first step towards the creation of our own musical language. At the very end of our first rehearsal, I timidly asked him if we could have a go with a song I’d written. That was the first time I ever played a song in front of someone. Before that I was too shy even to mention to anybody that I had songs. We started from that one, which is the first one on the record, and then many other songs came: some had been sitting in a closet for years, some came just after the tap had been opened.

“‘Dynamics’ is one of the words that describes us the best.”

How would you describe your relationship as a duo? What is the dynamic between songwriting and playing?

Byenow is a band, we’re not a singer-songwriter with a drummer. That is very important to us. As I said, 99% of the times I write the songs myself, but we always arrange them together, and that’s the real important part of our creative process. Therefore I don’t consider myself more important than Nicholas, only because I sing and start most of the songs. For example, he is the filter of the band: I usually send him demos and if he doesn’t like something, then that is not a Byenow song. If he likes it, then it’s his turn to bring ideas to the table. Given the nature of our band, every element is important: a snare hit, a chord-change, silence, a whisper, every sound is as relevant as the others. ‘Dynamics’ is one of the words that describes us the best.

How do you usually approach music-making?

I guess it’s all about finding what the song needs. The right feel, the right sounds, the right balance, the right performance.

Your Self Titled album comes out on May 8 via Out Stack Records and Fooltribe. What’s the story behind it? Can you share some further details how the album was recorded?

We started recording the album by mid 2017 in Turin at Rubedo Recordings, the studio our friend Manuel Volpe had just finished building from the ground up. He’s a terrific musician and recording engineer, so we also wanted him as our producer for the album and now, looking back at it, it wouldn’t have been the same without him. We tracked most of the songs live in 4 days, with a couple of other sessions in 2018 to finish and embelish the record.

The album changed quite a lot during the recording process. For example, “Stay Away”, our first single, didn’t even exist when we entered the studio. I only had the initial part and we came up with the rest of the song in the studio, in a matter of hours, and now it’s one of our favourite tracks. Another one, “Playground”, was completely different. When we were trying to record it, we couldn’t get it right, so Manuel suggested to play it “like Manafon” by David Sylvian, which is one of my favourite records. We only kept the lyrics of the song, improvised the rest and half an hour later, we had a new one. Things like that happened over and over, in minor or major ways, and those were the moments we enjoyed the most. Once I said that we recorded the album to understand it. 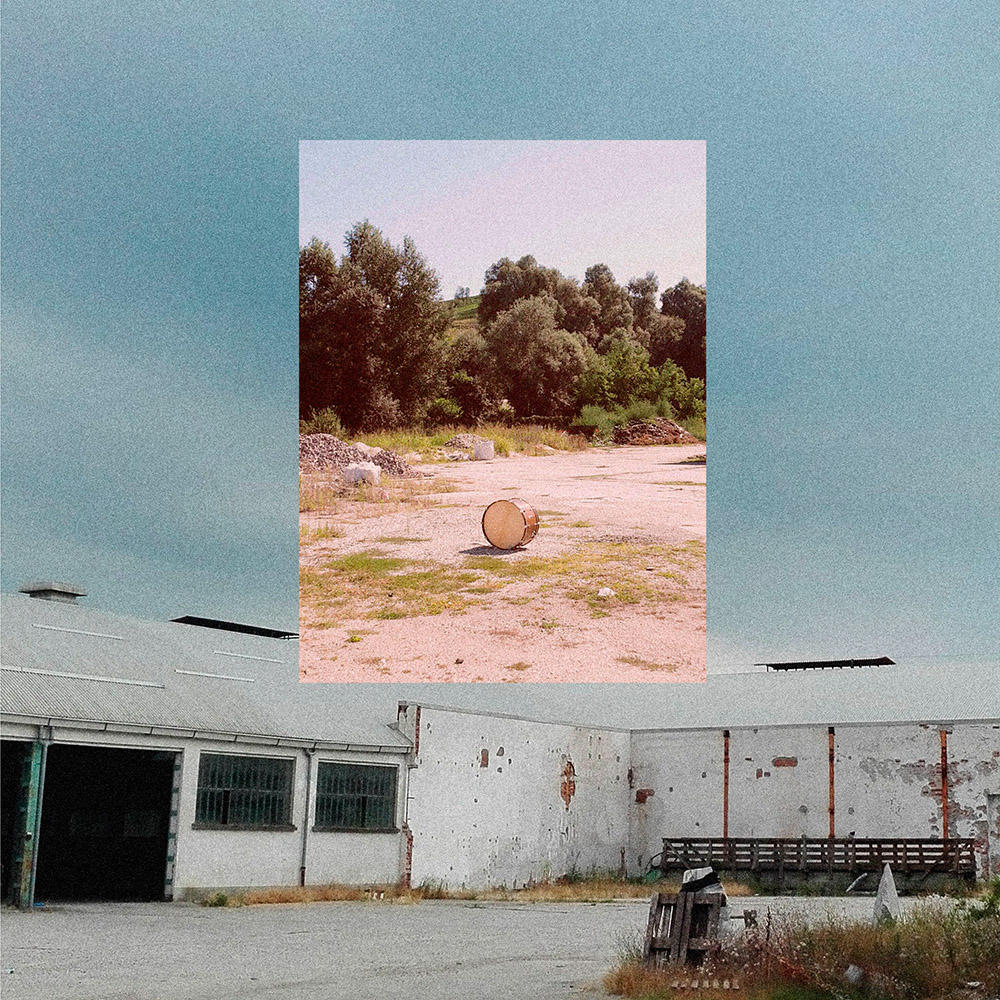 I wouldn’t say so, but after we’d finished the album we realized there are certain recurring themes, certain patterns within it. Nature, for example, is quite all over the place, sometimes merely as a suggestion, some other times as a proper reference (Rooted; Crackling Leaves; Float; The Omnivore’s Dilemma). I live in the country-side, so I guess nature seeped into these songs. Then, of course, the album is about relationships: love, loss, friendship, the usual lot. Even though is quite a sad album, there’s hope at the end, there’s light.

I think the cover artwork perfectly captures the vibe of the album.

Thanks! I took the two pictures that compose the artwork with my smartphone. The photograph with the bass-drum has been an obsession for years: I took it outside of our rehearsal space, back in the roasting summer of 2016, and we loved it so much we immediately knew it had to be the album cover. We tried to recreate it with a proper camera, but it never worked out, so we kept the original. Then, a couple of years later, I shot the picture now in the background of the artwork, and that’s just a couple of meters away from the spot where I had taken the other one, but this time it was about to rain, so the mood was completely different. When we juxtaposed them, we really liked the contrast that they created. The album is all about contrasts and the juxtaposition of different moods.

Yes! Currently, we are both involved in a band called Tweeedo. Initially they were an electronic instrumental trio and Nicholas was already playing drums in the band, but lately I joined the group as a singer and we are working on some new songs together. We were just in the midst of recording them before the whole COVID19 thing exploded. Nicholas also plays drums and electronics in a duo called Otonn, it’s an impro-electroacoustic “post-everything” project: they’re about to drop their first album.

Lots of love to you for reading until this very last line. Whoever you are, you’re a good one.