Benoit Widemann is a French pianist and composer who played with Magma, Heldon and Dan Ar Braz. He also released three solo albums. He joined Magma in December 1974 when he was only 17 years old. His first solo full-length Stress! was released in 1977 followed by two more releases.

Benoit Widemann: I lived in Paris for most of my life. Music was often listened to by various family members, with a lot of classical and baroque background.

I learned very early, starting at 5 at the great Martenot art school. The learning approach was highly playful and creative, open-minded and literally pushing kids toward improvisation.

I guess I was about 7, I discovered the C/Am/F/G7 succession and repeated it for hours over the whole piano range, driving everyone around crazy. Not really a song, but it was a marker for me: soon after that, I discovered that I could transpose it to G and the basis of harmony became to show itself. Then I started arpeggios over all that, which in turn became rough melodies following the chords.

What were your major influences?

I like a lot of very diﬀerent things. The form of the music is not important. I always try to catch the intention behind the notes. Of course, sometime the form is so artful that it also amazes. Bach is a pillar, Stravinsky another one, there are many more.

In my teen years, I was definitely stunned by the early jazz-rock records: the electric Miles, Weather Report, Mahavishnu Orchestra, Lifetime… A lot of good music appeared in this very creative decade. Also, it was the birth of mainstream electric keyboards and that also highly appealed to me.

You were only 17 when you joined Magma in December 1974. How did that come about?

I knew their music and liked it a lot. I met Didier Lockwood in a party and we jammed together. He told me that Magma was looking for a piano player, so I applied and was taken in. They were in a hurry, and I was a super-fast learner, so it certainly helped. Actually it took a couple more months before I could play it appropriately.

You stayed with Magma until 1982 and can be heard playing on albums like Magma Hhaï, Inéditsm, Üdü Ẁüdü, Attahk, and Merci. What are some of the strongest memories from playing and recording with Magma? What was the usual process when it came to album making?

The first album (Hhaï) was recorded live, so I don’t have any particular recollection of the process, and I was not present at the mixing. For me it was simply a concert… I was more involved in the other albums, especially the Retrospectives. Christian Vander is a good band leader in the sense that he knows how to ensure consistency and direction, while at the same time how to make a good use of what everyone can bring in. For me, it was sometime knowledge of harmony, and a lot of synthesizer programming. In a way, I was mainly responsible for bringing synths into Magma’s music. 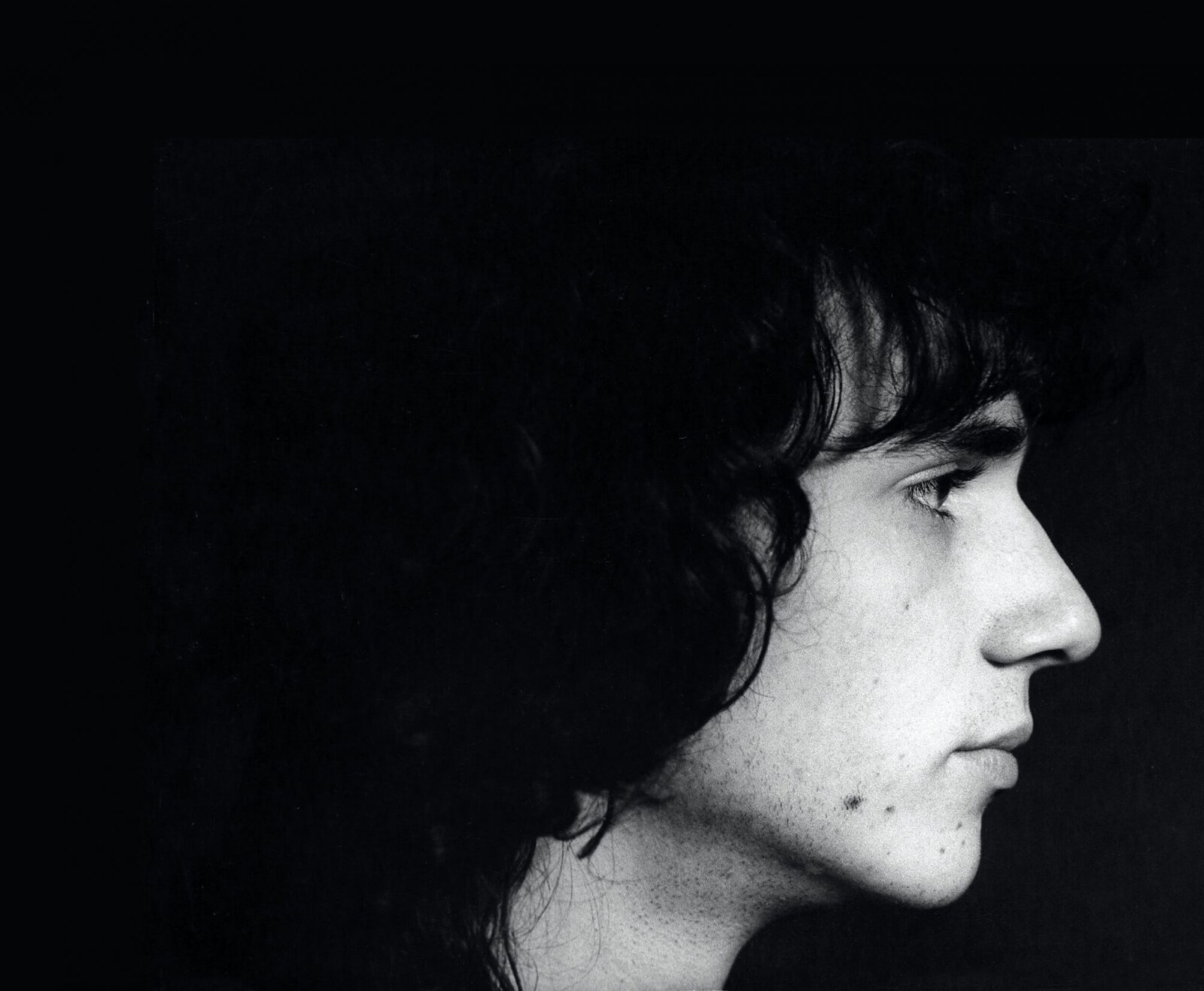 How would you describe your relationship with Christian Vander and other members of Magma? What was the dynamic between your playing?

Christian essentially composes every note of Magma’s music. He’s open to suggestions but can be as well willing to erase a multitrack tape recorded the day before with a lot of eﬀorts from everyone, to make sure no one will ever hear it again. Everyone learns a lot working with Christian, but it calls for a lot of giving back and complete availability. We also played jazz and fusion music together outside of Magma, in bands like Alien Quartet and Fusion. These were highly interesting experiences too.

In 1977 you released your first solo album Stress! on the Ballon Noir label. What was the concept behind it?

I was very young and did not give it a lot of thinking before. A large part of the album were composed at the studio, with little preparation before recording. Stress! is much more a story of friendship and camaraderie.

I was a participant in the first solo album of Dan Ar Braz Douar Nevez a few weeks before, produced by Hugues de Courson. Hugues was interested by my playing and oﬀered to produce my own solo album. We started very quickly, in the great studio Acousti in Paris, where the piano was incredibly good. The sound engineer, Bruno Menny, was helpful in organizing the sessions, sometime late in the night. The studio was co-producing the album and left us free to use the available time, so we did quite a few all-nighters there. 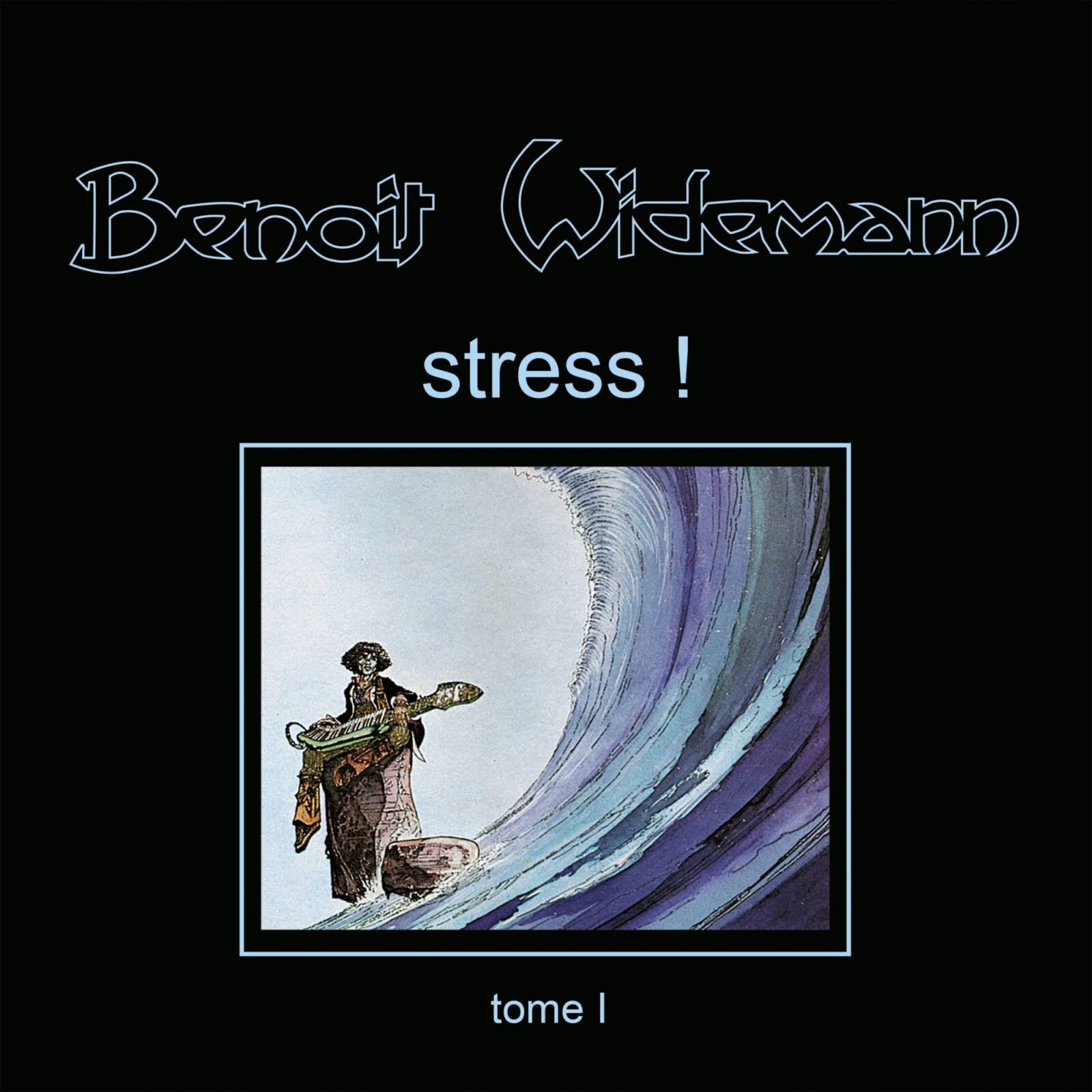 I owned no equipment yet at the time besides my Fender Rhodes electric piano. I spent my royalties advance to purchase my Minimoog synth, which was delivered at the studio and put to work immediately — which tells a lot about the amount of preparation, and why some of the Moog parts recorded are a bit jerky. I still play that Minimoog today.

I was also helped by friends in various music stores, who kindly lended the other keyboards used. That’s how I got the Korg string ensemble, and the brand new Oberheim Polyphonic for one of the last sessions.

Several musicians from Magma helped you to record your album. Keyboardists Patrick Gauthier and Jean-Pierre Fouquey, drummer Clément Bailly (former of Nemo) and bassist Guy Delacroix. Patrick Tison and singers Emmanuelle Parrenin and Hughes de Courson were also part of the recording. How would you describe your sound?

Overall, the album is highly based on pianos and synths, many of the tracks don’t have any other instruments. At the time I was hoping to create a band with Clément Bailly and Guy Delacroix, unfortunately this never happened. But at this moment it was very natural to oﬀer them some space in the sessions. I asked each of them to compose a track for the album, and they fit really well. Bruno Menny’s sound engineering was also crucial to build the album sound.

In 1979 you released Tsunami. It was recorded together with Jean-Pierre Fouquey and the invited guests coming from the Dall’anese and Ceccarelli families. The album sounds quite different. How would you compare it your previous release and what was the concept behind it?

Tsunami is a completely diﬀerent story. It was a real band that lasted long enough to mature that collective music. 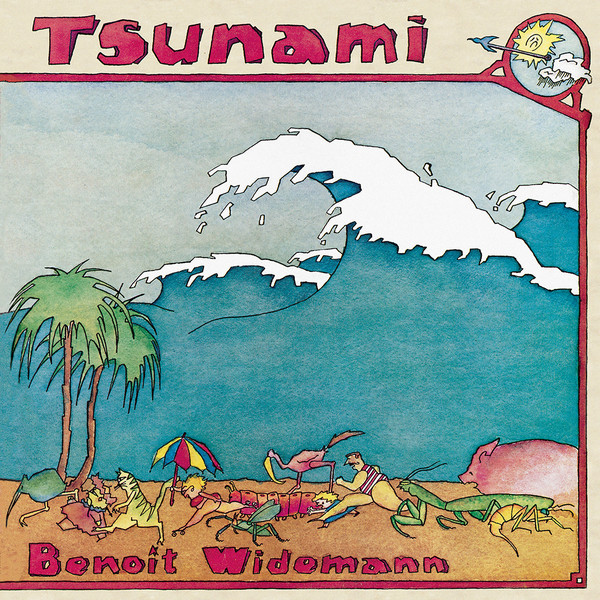 It is very sad that this great group did not continue and played live so little. I guess at 22 I was not old enough to handle the leadership that would have been required. This band was a great moment.

3 was your last solo album.

Last for now, but you never know. This third album was born after a lot of time playing with other keyboardists. In Alien Quartet, we were sometime three pianos… It takes a lot of space, you must learn to give way to others. I wanted to give a try to a trio with more freedom. Basically, record as live playing the piano part along with drums and bass, then dress the tape with synths overdubs and solos, taking all the time needed to reach the desired result. I received a great support from Studio Davout to help with the production, as well as from all the friends who played in the album, especially Sylvin Marc who was the main pusher on the project. Thanks man. 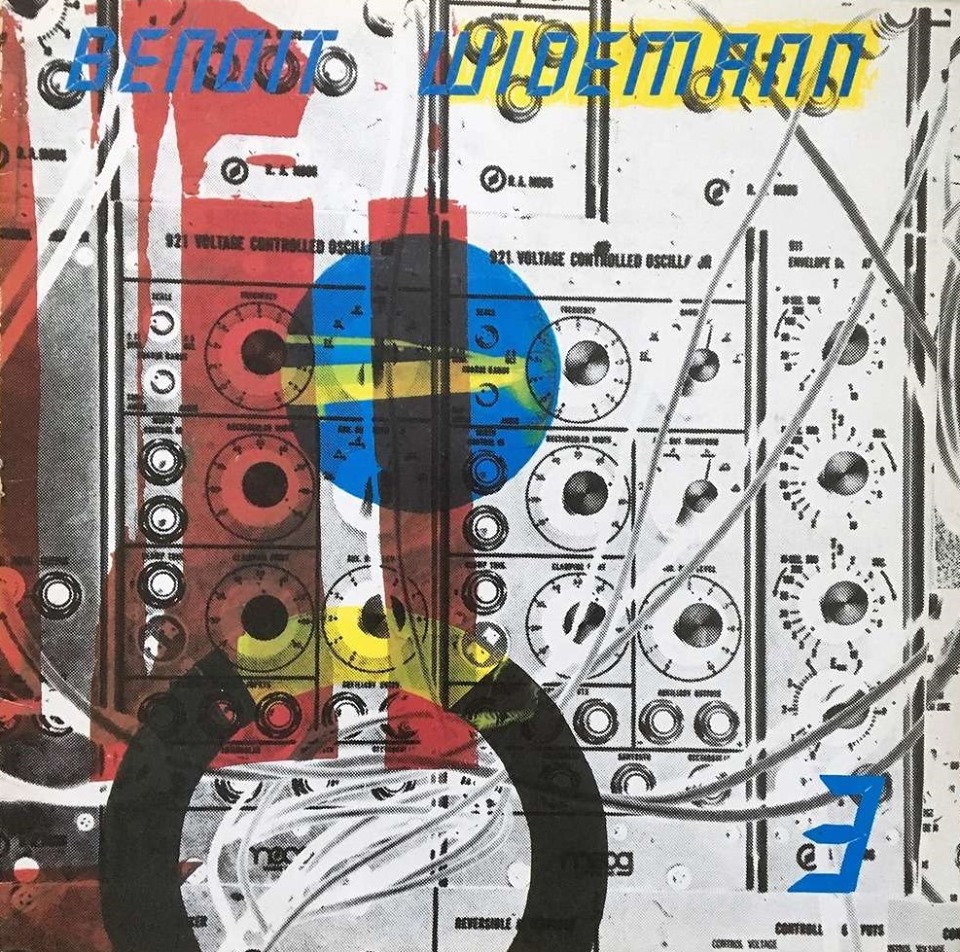 I like this album very much. Unfortunately it was extremely short-lived and poorly distributed. It is available in streaming, but very rare in LP or CD. The music is yet a very diﬀerent story, the sound is the top height of the analog synths era.

“When you set a sound on a synth, you actually create a musical instrument”

Would you like to comment on your playing technique? Give us some insights on developing your technique.

I guess I could get lengthy on this. To make it short: I believe that when you set a sound on a synth, you actually create a musical instrument, but you have only made half of the way. The other half is to search and master how to play that instrument. Many keyboard players miss that completely and play a strings sound or a guitar or a flute like they play their usual piano. The result is poorly articulated and sounds really bad.

I still like the Moog a lot, because its keyboard is extremely precise, despite its lack of sensitivity. You can play fast lines on that keyboard that simply can’t be played at all on many modern keybeds because these are too slow and springy. Also, the Moog’s pitch wheel is ultra-sensitive, large-scaled with about a fifth plus or minus, and has no neutral middle point. It has no spring to return to mid position, the player must return it manually and not miss the position. It is definitely harder to use than modern wheels with springs and neutral zone, but when you learn to use it properly, you can make it really sing like a violin string, which is impossible with newer toys.

You appeared on many albums. What are some highlights?

Fusion comes to mind, it is probably the most successful of all the albums I played in. It is the best example of our work with Vander outside of Magma, along with Didier Lockwood and Jannick Top.

I have had several collaborations with Jean-Michel Kajdan, including a pretty cool album named Blue Scales involving Kirt Rust and Sylvin Marc on drums and bass. This band was active for a while and we still have occasional projects together.

Also, I played on several albums with Dan Ar Braz, including Septembre Bleu which is one of my favourites.

Finding my own way among such a rich gallery have been tough. Many other great piano players have been strong influences as well. A young musician is permeable to a lot of things and influences can be unexpected and serendipitous. I was once amazed by a Sun Ra concert in New York, another time by seeing James Brown nearly from the front row. I couldn’t close the list.

I want to thank the Svart team for their great work on Stress!. Reissuing old albums is pretty cool and rewarding. But they also publish a lot of new productions. This duality is rare and I hope they’ll keep it. Great job! And thanks to you too.