Steve Miller’s new retrospective box Welcome to the Vault (Capitol) is brimming with wonderful music, including 38 previously unreleased recordings of the 52 included on the three CD’s, along with 21 performances on the DVD. It encompasses a wide variety of musical styles. The 3-CD/DVD set is housed in a 100-page, hard-cover, coffee-table book-size package and includes a backstage pass, a poster, four glossy photos, ten guitar picks with Miller’s iconic Pegasus logo and a lenticular box cover emblem of the logo.

The 9000-word essay from David Fricke is a must-read and puts Miller’s career and place in American music in its proper prospective.

Miller’s music in the mid-70’s was one of the staples of the heyday of FM rock radio, along with such American acts as the Eagles, Steely Dan, the Doobie Brothers and the Allman Brothers Band. The Joker (1973), Fly Like an Eagle (1976) and Book of Dreams (1977) not only ruled the airwaves on FM, but yielded four top-ten singles. It is these albums that have made up the bulk of Miller’s lives shows for years and that make him a perennial summer shed concert draw.

“The bulk of this box, though, consists of live and alternate takes of the music Miller was working on during his heyday.”

What this box faithfully captures is the actual breadth of Miller’s music and influences, which reaches far beyond those three classic rock albums.

Miller hailed from Milwaukee and his family also lived in Dallas. He was exposed to jazz and guitar as a child through his parents’ friendship with Les Paul and Mary Ford in Wisconsin. While living in Dallas his house was visited frequently by many jazz and blues legends. It was in school in Dallas that he met Boz Scaggs who, along with Miller’s brother, comprised his first group. Moving back to Milwaukee, he formed another group with Scaggs, which also included Ben Sidran. Developing his musical education further, he ventured to Chicago and played with young blues enthusiasts like himself, such as Paul Butterfield and Barry Goldberg, and blues legends Buddy Guy, Muddy Waters and Howlin’ Wolf.

If that apprenticeship wasn’t enough, Miller headed to the nexus of the hothouse psychedelic scene, Haight-Ashbury in San Francisco, and in 1966 formed the Steve Miller Blues Band with Scaggs, Lonnie Turner, Tim Davis and Jim Peterman. In 1967 they backed Chuck Berry at the Fillmore West, resulting in the Chuck Berry album Live at the Fillmore Auditorium. “It Hurts Me Too” from that album is included here. The group’s own debut album Children of the Future was released in 1968 and fused Miller’s bluesy roots and the expansive trippy openness of psychedelia.

Scaggs would last only one more album (Sailor in 1968), with the group’s British producer Glyn Johns becoming a defacto member on Brave New World (1969). That album, Your Saving Grace (1969), and #5 (1970) would also feature legendary English session keyboardist Nicky Hopkins as a member to varying degrees, depending on the album. Hopkins played a similar role at the time with other San Francisco groups such as Quicksilver Messenger Service and the Jefferson Airplane. Miller’s place with these groups, as well as with Santana, the Grateful Dead, the Quicksilver Messenger Service, Moby Grape, Big Brother and the Holding Company, It’s a Beautiful Day and many other San Francisco groups is a significant aspect of his career that sometimes gets overlooked. 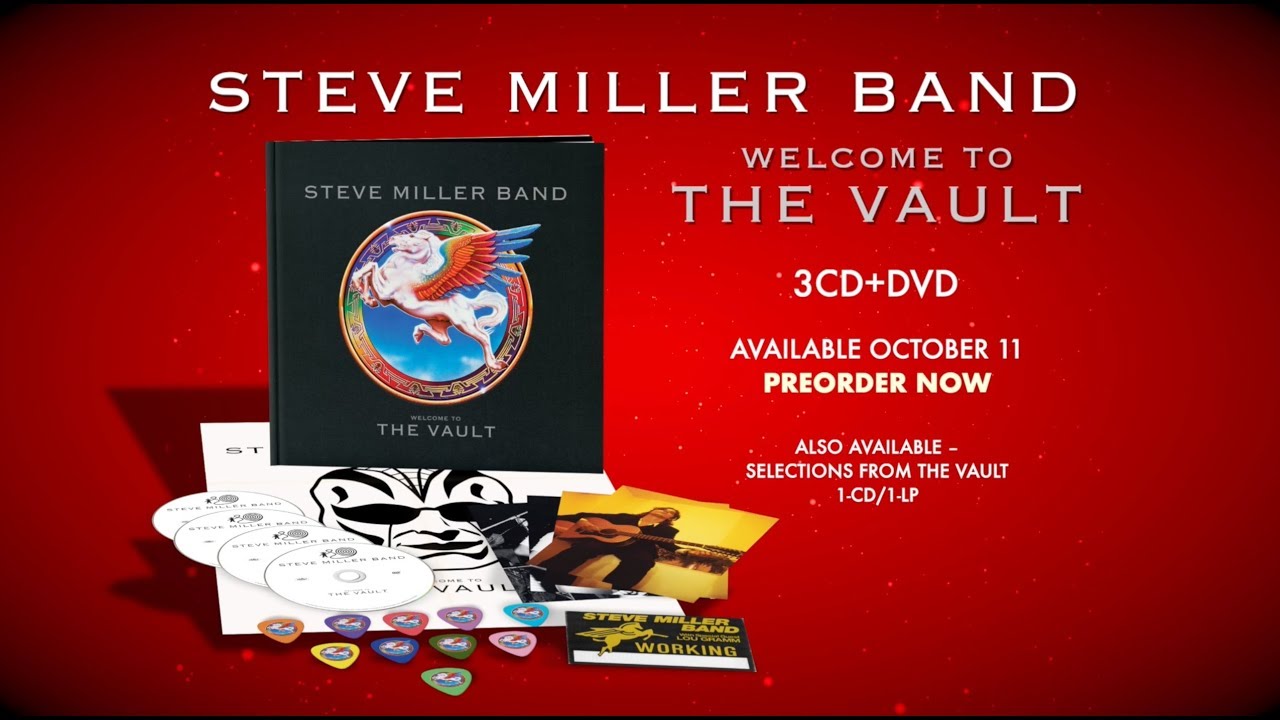 The first five albums defined the group as key artists of one aspect of the mid- to late-60s San Francisco sound. There would be two more albums (Rock Love in 1971 and Recall The Beginning…A Journey From Eden in 1972) featuring a shifting cast of musicians with uneven results that would eventually lead to Miller’s breakthrough with The Joker in 1973.

From the period leading up to The Joker and from those 1960’s albums, there are 10 tracks across the three CD’s that create the base of Miller’s sound and that must be listened to carefully before delving into the music from his commercial heyday in the mid-70’s. On the DVD from this period there are two performances from the 1967 Monterey Pop Festival and two from the Fillmore West that were shown on Dutch TV. The other highlights of the DVD were drawn from 11 performances from Don Kirschner’s Rock Concert in 1973, one from ABC in Concert with James Cotton in 1974, and two performances with Les Paul from Fat Tuesday’s in 1990. The Kirschner performances are instructive in that the show was one of the first American television music programs to eschew lip-synching and teen dance variety for live performances. In some cases these shows were simulcast throughout the country on the many FM rock stations that were literally only a few years in business since the launch of the format in 1966 and 1967.

The bulk of this box, though, consists of live and alternate takes of the music Miller was working on during his heyday. The entire set also includes a healthy dose of tasty blues covers and even some jazz and country. A welcome oddity on this set is a recording of T-Bone Walker made at Miller’s parents’ home in 1951. 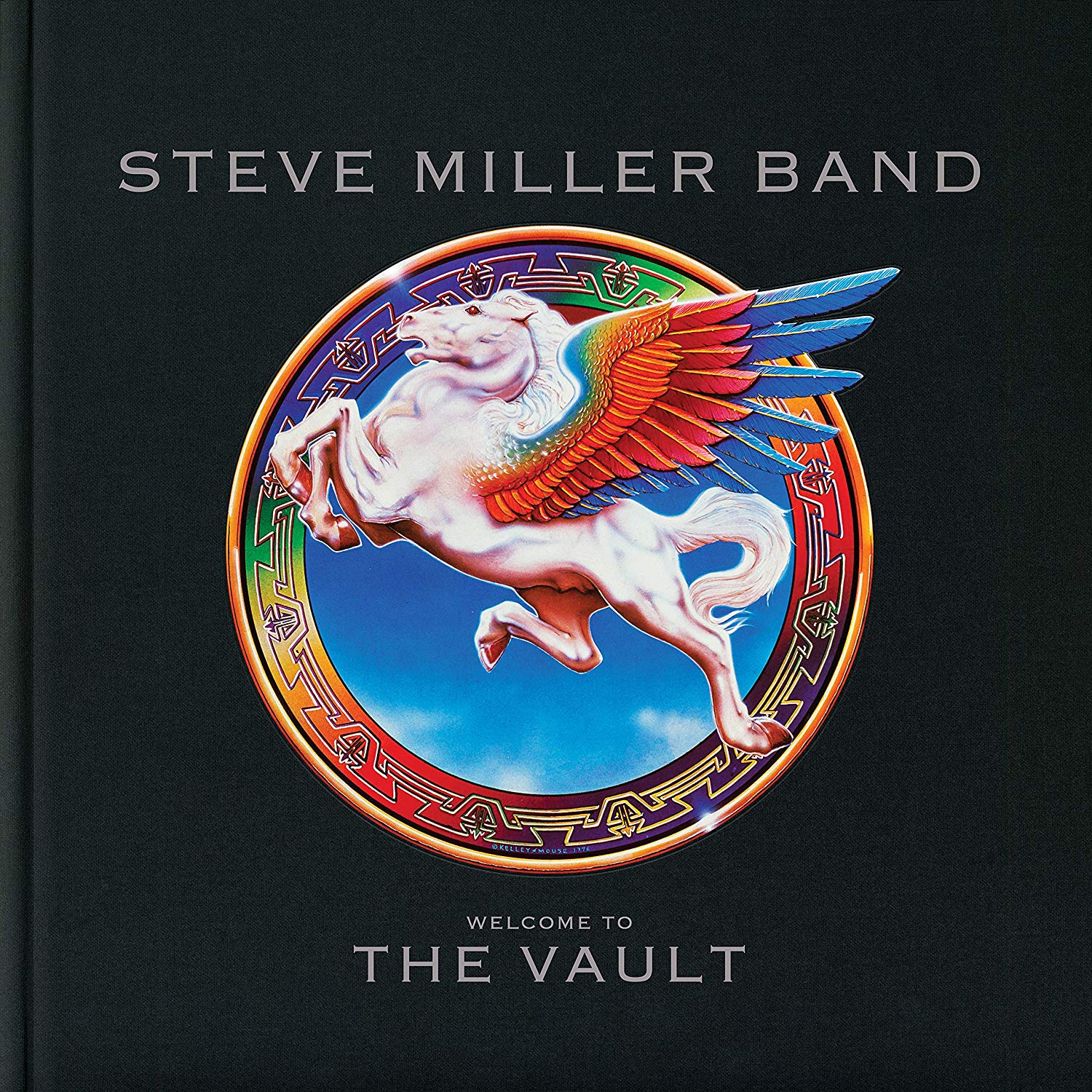 Miller’s only big post-70’s hit was “Abracadabra,” and some of the music from that and later periods is also included here.

There are a few minor quibbles about the box. While the book provides an excellent essay that puts Miller’s career in proper context and there are notes on the tracks, it would have been nice to have more detail like studio locations and dates, along with engineer and producer credits. The live tracks on the CD for the most part do not include the venue or show dates. As for tracks selection, it would have been nice to have included some of the unreleased studio recordings when Paul McCartney contributed to two tracks on the Brave New World album.

This is easily one of the most lavish and comprehensive box-sets of the year and one that shines the light on an artist of many talents working in varying styles with real longevity.