2019 marks the 50th anniversary of the release of Arthur, from the Kinks. Not necessarily lauded as a landmark in pop music history, it is, like everything else connected to the history, legacy and ever-growing stature of the group, due for a serous reevaluation as a key Kinks and 60’s music release.

The Kinks have been going through somewhat of a renaissance over the past several years. Ray Davies’s post-Kinks solo career has contributed to raising awareness of the significance of his talents as a songwriter and pop music artist nearly without peer. In addition, the spate of recent reissues of Kinks music, mostly from the 1960’s and to a lesser but important degree the 1970’s, has burnished the group’s image and put the spotlight on just how important the group is in the history of pop music in general, and 60’s music in particular.

While the past five years or so have seen a host of 60’s Kinks music reissued in various formats, last year’s 50th anniversary of The Kinks Are the Village Green Preservation Society album was a watershed. The massive box set was the first time one of the group’s individual albums received such a lavish and massive reissue. Upon release, it was first somewhat misunderstood, while also being critically acclaimed yet commercially disappointing. It now stands as perhaps the group’s greatest recording achievement and a cornerstone 60’s album light years ahead of music that was to come in the 70’s.

On the heels of that release comes an album that was equally misunderstood although in some quarters critically acclaimed and commercially unsuccessful at the time. Also, like that album, in retrospect, it is a major work from the group and more than worthy of the new box set.

Arthur or the Decline and Fall of the British Empire (BMG/ABKCO), like the Village Green box, is a multi-format box with memorabilia and lavish packaging. The focus of the set is 4-CD’s of music that include the album in mono and stereo, a wide assortment of B-sides, outtakes, live recordings and even some new recordings and what’s being billed as The Great Lost Dave Davies Album. Again, like the Village Green set, the box is brimming with glossy photos, posters, a pin, a booklet and lovingly rendered facsimile 7-inch 45’s. The set is housed in a 7-inch, 45 RPM-sized box, as opposed to the 12-inch, album-size Village Green box. Also, there are no 12-inch vinyl albums included in either mono or stereo but three of the four 45’s are in mono. Oddly, neither the Village Green nor Arthur boxes include any visual material on DVD or Blu-ray.

As for the music itself, the original album is very much a follow-up to the Village Green album, warts and all. Casual music fans will know the album’s opening track “Victoria,” a song either about the Queen or a relative of Ray Davies. Regardless of its origin, it must be considered one of his best songs and it highlights all his rare gifts as a songwriter. Maybe not as good as “Victoria” and definitely not as well-known are “Shangri-La” and the title track, which are key to the album’s concept narrative.

The loose concept of the album is about a Londoner, mostly based on Davies brother-in-law, and his ruminations on nostalgia for the old days of British life. Davies’s original conception of the album was as the music for an unproduced television play he co-wrote. Such themes are surely nothing new to the songs Davies has written through the years and are one of the reasons his music is so timeless. Rather than simply glomming on to the trends or styles of the time, Davies chooses to draw from a broader musical canvas.

The focus of the album is more on the lyrics and the music is often sparse and serves as more of a musical backdrop to the lyrical themes. Some of the tracks are about as basic as a four-piece rock group could be at the time, with little or not frills and no stand-out instrumentation. Nonetheless, the album’s charms are irresistible and become even more endearing with repeated listening’s and with the benefit of time. 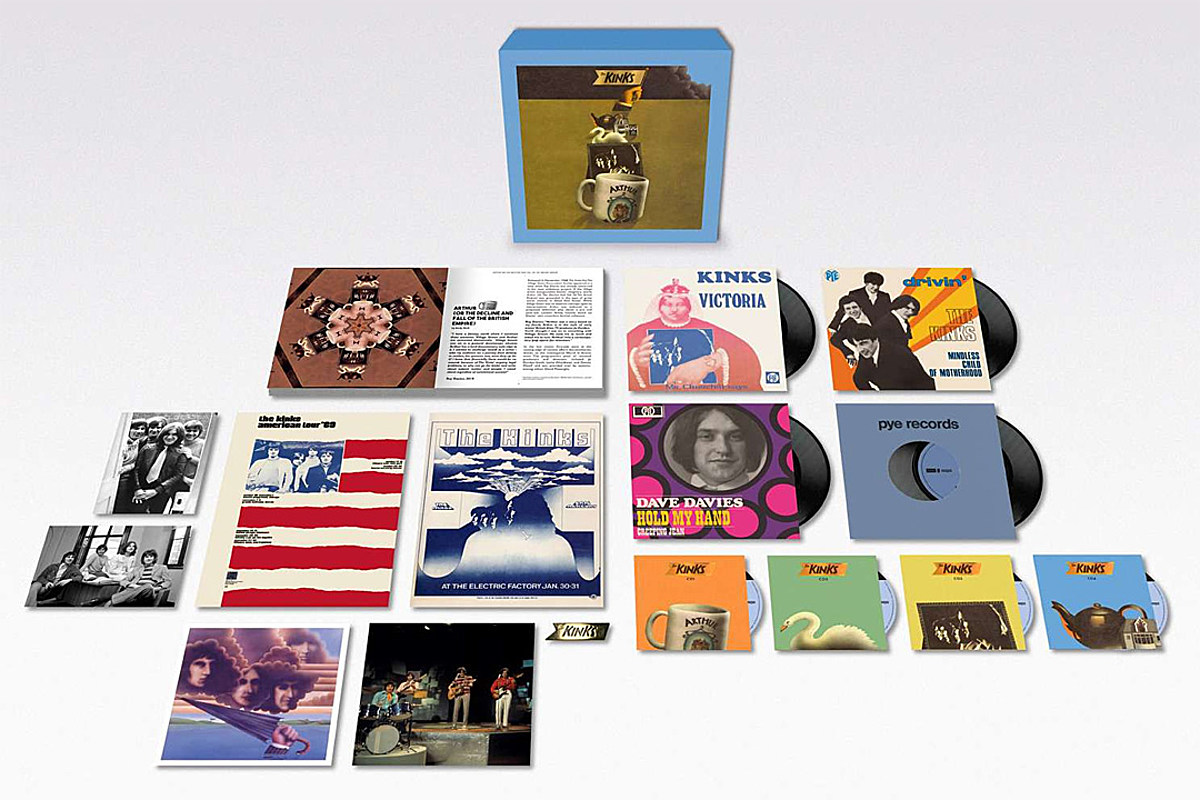 One of the real treasures here is the so-called Great Lost Dave Davies Album presented in stereo. While some of the music was previously released on Dave’s solo works and Kinks singles and albums, this abandoned album he was working on before Arthur has never been assembled together this way and with bonus tracks. It’s a surprisingly strong effort and, while not as quirky and fulsome as brother Ray’s work, it strikes a perfect balance between late 60’s British guitar rock and Kinks-flavored pop.

Ray’s original theatrical vision of the album can be more fully understood by three bonus tracks denoted as “theatrical mix.” There is also a Home Demos Medley given a “TV Premix.”
The theatrical concept will reportedly become a reality when the BBC’s radio drama of the album airs later this year.

While Davies’s original thematic concept was more an exercise in nostalgia, the current state of Britain is more befitting of the album’s grandiose title, given the disaster that is Boris Johnson and the entire Brexit fiasco.

The Kinks – ‘Arthur or the Decline and Fall of the British Empire: 50th Anniversary Edition’ (BMG/ABKCO, 2019)