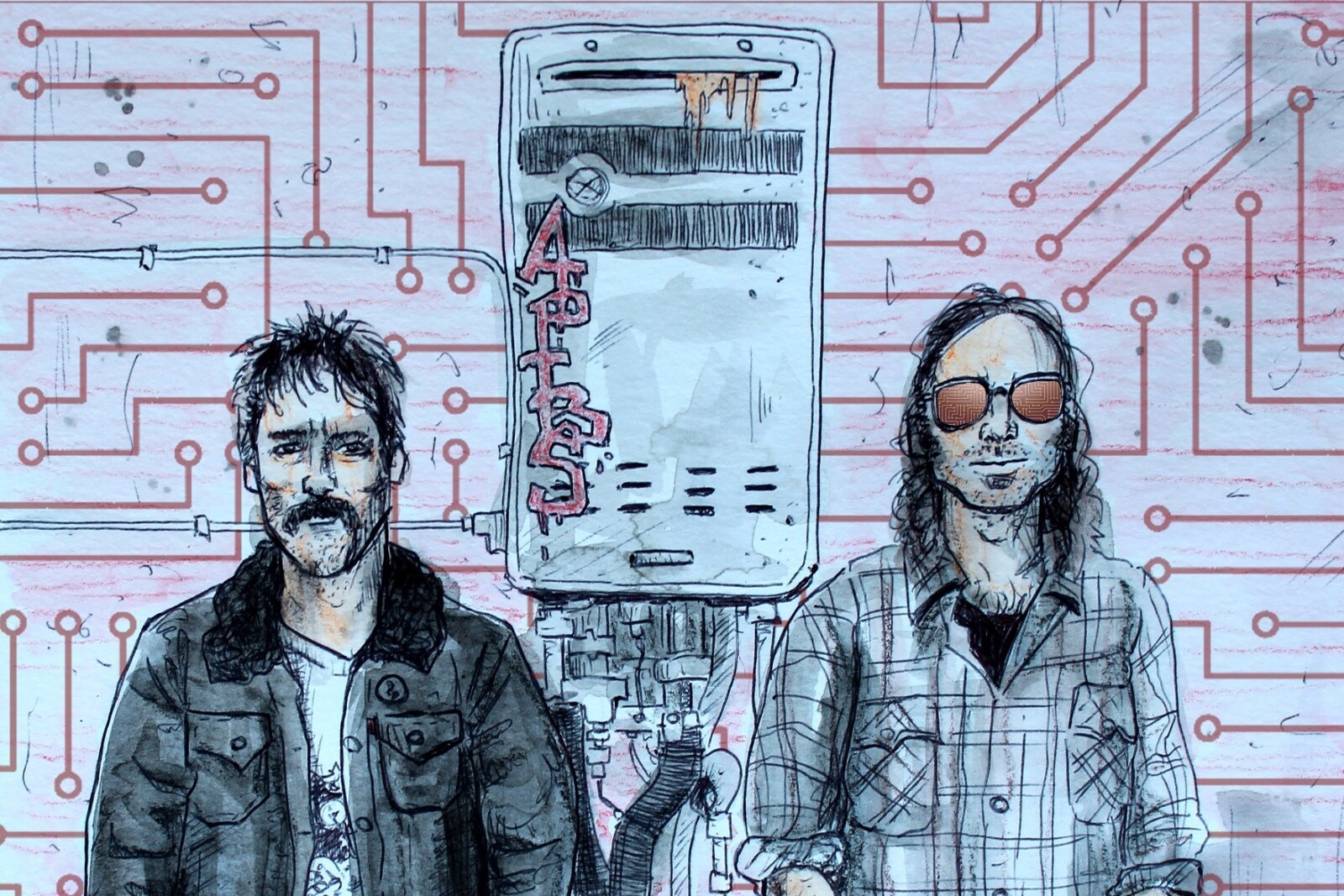 A Place to Bury Strangers closed out Levitation Fest with a midnight performance at Barracuda on Sunday night. They reminded us exactly why they are known as the “loudest band in New York” (and certainly many other places) with an ear-shattering show that their battle-scarred instruments barely survived. The previous afternoon I interviewed Oliver Ackermann (guitar, lead vocals) and Dion Lunadon (bass, vocals) at a nearby Korean restaurant over some beer.

Nice to meet you! Thanks so much for meeting with me for It’s Psychedelic Baby Magazine.

Oliver: For sure. It’s nice to be here in Austin hanging out in the sun.

You guys have played with some big names and major influences on the genre including Nine Inch Nails and the Jesus and Mary Chain. Any specific shows or tours that stand out as pivotal in your career?

Oliver: Those shows were pretty insanely awesome. I remember we got the Jesus and Mary Chain tour and the first time we played with them, you know, just having been a big fan when I was a kid of the Jesus and Mary Chain that was just insane. It was like “what in the world?” They asked us to play this show in New York and so that was really nuts. Or even like the Brian Jonestown Massacre on some of those early ones, it’s like you just never get the chance to play in front of that many people or get to do that sort of thing. And so, being a kid who’s a fan of these bands driving around, I grew up in Virginia, in your car smoking weed, blasting the Jesus and Mary Chain before you go to high school or something then to get a chance to play with the band is frickin’ nuts. So, that was really wow, then with Nine Inch Nails too was all these different arenas, and it would be like you walk out on stage and the crowd just goes wild. They all start screaming and stuff and I’d be like “what in the world is happening here?” And just to get to hang out with the guys from Nine Inch Nails. They’ve all been really cool and stuff is just sort of completely surreal like the kind of experiences that you would never imagine and then still of all of these kinds of tours that we’ve done, Nine Inch Nails and Jesus and Mary Chain, there’s people who always say, “Oh man, I heard about you from that mixtape that Trent Reznor did” or “I heard about you! Trent Reznor told me to check out your band or show!” So, yeah it’s pretty cool.

I was wondering about Trent Reznor. I could picture him being really nice or really not nice.

Oliver: Super nice! I mean, maybe he was only nice to us because he was a fan or something like that. I don’t know. But sometimes you don’t know. We’ve definitely played with some bands where the people are total douche bags and not very cool at all.

Not to name any names!

Oliver: Not to name any names but it definitely happens! I mean, we’ve gone on tours with bands where as the tour goes on, they’re like just trying to be all restrictive. You know what I mean? To be like “now you guys only play 30 minutes” and “you guys can’t set up all this equipment! You can’t do this and that and now you got to use our sound guy.” And all sorts of weird stuff. That’s not very cool. That kind of shows that the people aren’t really supportive of the arts and that’s just kind of a bummer when things kind of change. I’m just in the music business so much for my love of these cool experiences and for me, it just meant so much to go to some of these shows and have your mind blown and so to be where somebody would want to hinder that, you know, and try to make it be like some sort of controlled corporate event that they’re worried about.

I was listening to the remix album, Re-Pinned, where you were remixed by Slowdive, Metz, and some others. How did this project come to be?

Oliver: Well, when we came out with the Pinned record and we reached out to a bunch of different friends and were asking if they’d be interested in doing a remix and surprisingly everybody was totally down who we wanted to do it. So, it’s pretty insane. I don’t even really know the people in Slowdive very well or anything so it was really nice and quite an honor that they were so psyched to do it. 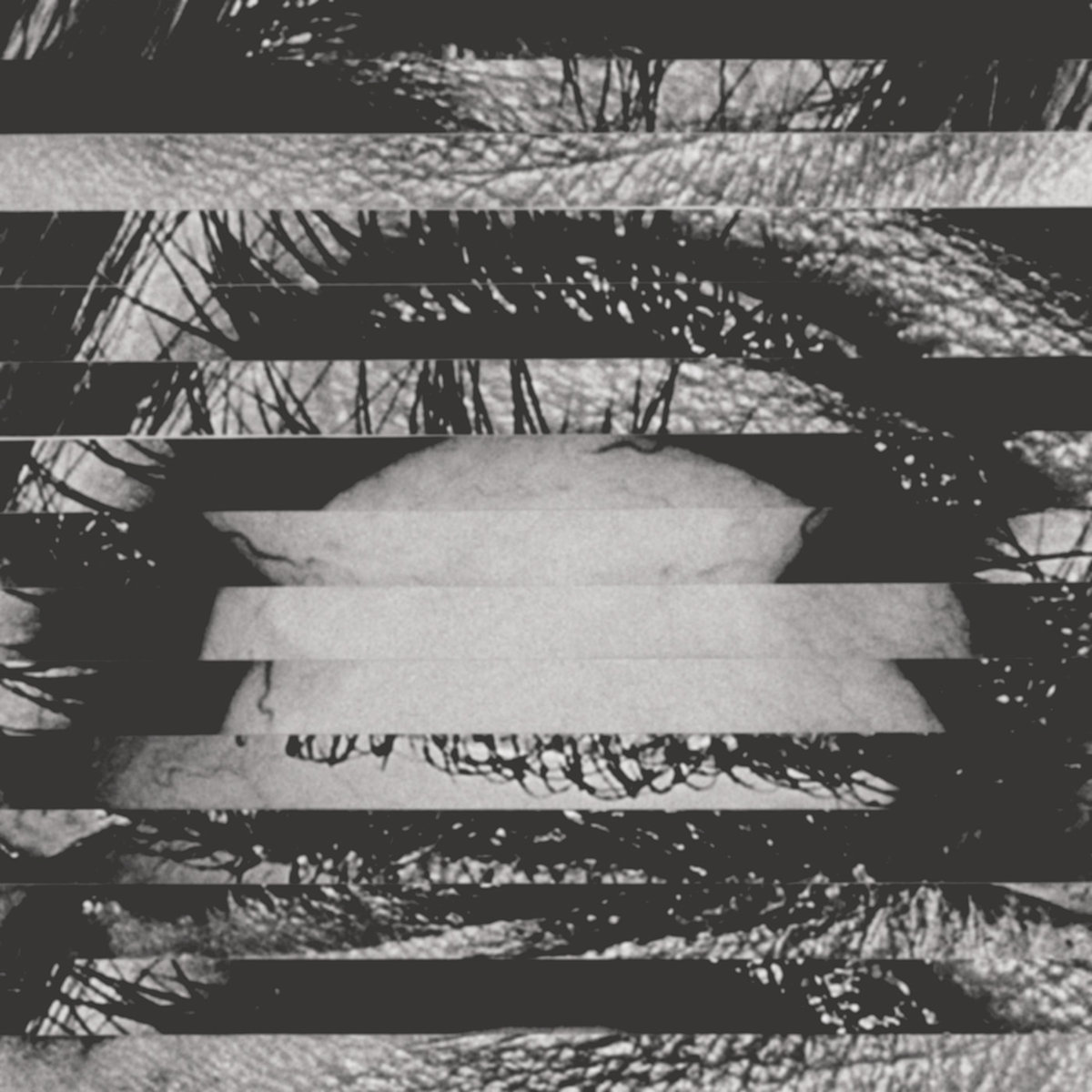 I really like the sliced up/remixed album cover for that one. You guys always have great album covers that really fit the music – who does your album covers? Is it the same person?

Dion: It changes. A lot of times Oliver has done it but that one was kind of a collaboration between Oliver and the photographer Ebru Yildiz and Miles Johnson – he came up with the idea.

Oliver: He did a lot of stuff. Yeah, pretty early he kind of jumped on board and helped make all of those Dead Oceans covers what they were.

Speaking of covers, what’s the temple/structure on the cover of Onward to the Wall?

Oliver: Yeah, it’s a temple off to the side of the main part. You can take this one trail out through the forest and it’s kind of like a hidden temple or something. I’m pretty sure it’s that. When I was there I was taking tons of photographs because it’s just so insane. 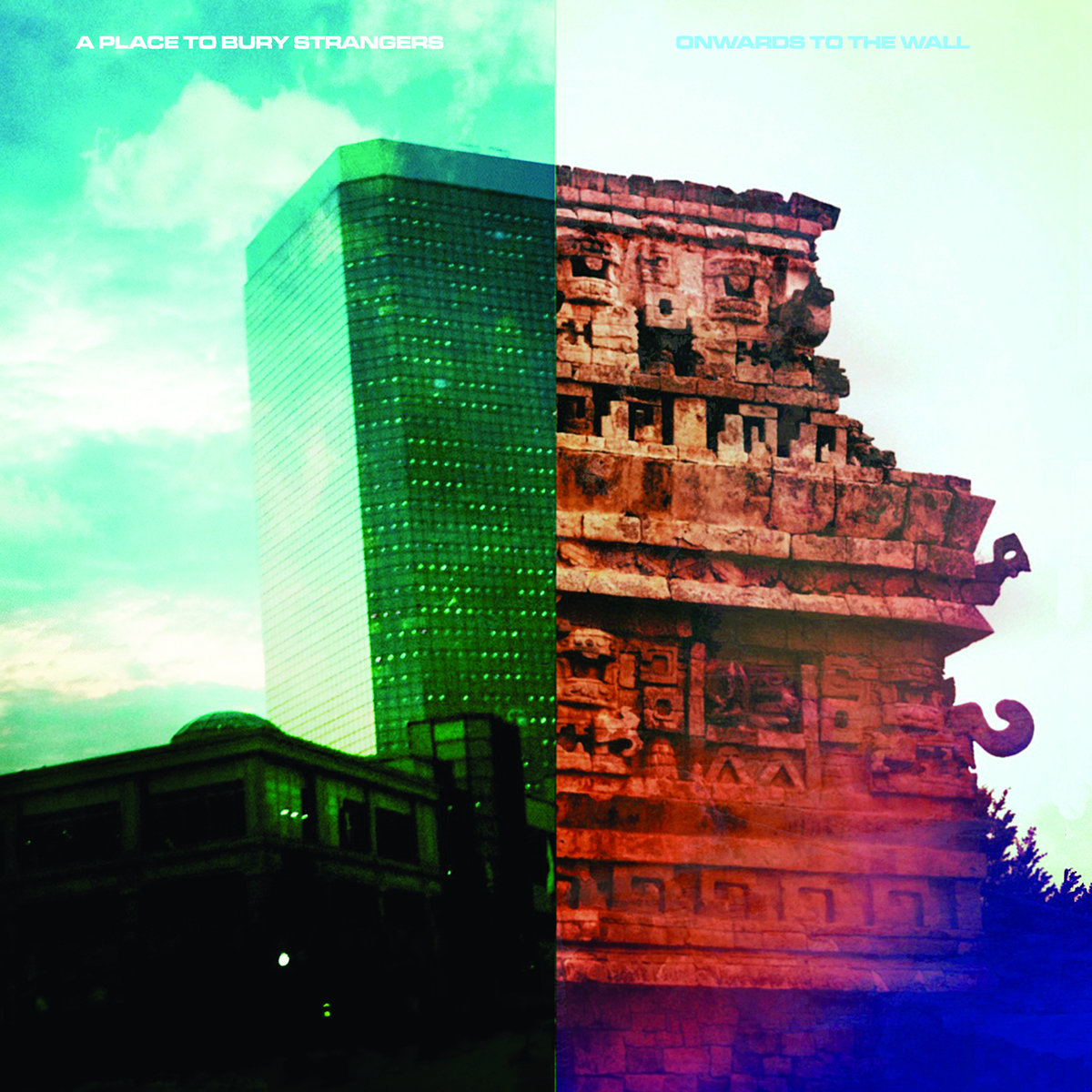 Oh okay, so, it’s your photograph.

Oliver: Yeah, totally. Both of those actually. The other half is Atlantic City, New Jersey. The shit of Atlantic City architecture series.

Where is the best place to bury strangers?

Oliver: Depends on where your house is.

Dion: Yeah, the furthest point from your house.

Right. Not in your own floorboards or anything.

Dion: I was just reading this article, I’m from New Zealand, and some girl and some guy met up on a blind date and CCTV got them going all over the city on their date and they got back to his hotel room and that was the last time she was ever seen and there is a big cold case about it and the alleged perpetrator, he googled right before this about the Waitakere Ranges which is a very popular place for dumping bodies. “Flesh-eating birds” was another google he made right before that.

Oliver: Those are weird to google though. It seems like a strange way to kill someone. Like that’s your big idea. You would think it would be like “body melting” or “large suitcases.”

Dion: They found her in a suitcase.

Oliver: Oh, she was found in it. That sounds like it would be pretty incriminating. Yeah, the Amazon next day deliver to the hotel.

Is that anything to do with the origin of the band name?

Oliver: It’s actually from the old drummer of the band. This guy Justin Avery who was a really big Aleister Crowley fan and it’s from his story Acaldama which means “a place to bury strangers.”

What are some of the shows you guys plan on seeing while you are here for Levitation?

It’s a lot to keep up with. All this overlapping.

Oliver: Exactly! Dinosaur Jr, Flipper, the Coathangers, Frankie and the Witch Fingers, Guerilla Toss, Beak>. Gonna try to run around. But, you know, it’s kind of awesome if you can run around and see all of these bands that you really like.

It looks like after this you guys will be heading to Germany and then China. I’m sure that you are pretty well received in Germany and most of Europe but what about China? Have you been to China before or will this be your first time?

Dion: We are not well received in China. They don’t like us there.

Oliver: They hate us! We are trying to twist the knife a little more.

Dion: Yeah, like if a whole nation of a billion hate you – you know you are doing something right. No, I’m joking.

Dion: Yeah, we’ve been there once to China. It was actually a very eye-opening experience. I imagined it to be quite a different place than it was. People were cool, very forward thinking, very open minded, and they are doing a lot of cool stuff.

Oliver: Yeah, for sure. All those people who are going to the shows are like crazy creative people trying to do good artwork and make these things happen in probably a kind of fucked up society in some ways. The one show that we were playing in China at this legendary venue and at the last minute the venue got permanently shut down. And then it got transferred to this other place that they were throwing this show where the people were nice enough to let us just jump on the show and have combined these two shows in this crazy library place. It was just really cool. I guess you could tell that it’s the kind of feeling when I was younger and people were just trying so desperately to throw these shows and make it a real event or something. It really means something to everybody.

“We’re trying to work on a record at the moment.”

Do you have anything booked after China or are you going to take a little break?

Do you record in the warehouse that you live in?

Oliver: Yeah, we built a studio there and practice there as well. We’ve been doing a lot of recording there and wherever else we can and I’m not sure exactly what we’re gonna end up doing. But that’s a great place to write and work on stuff. We’ve kind of always recorded at least most of the albums we’ve done in wherever we’re living at the time.

Oliver: …the most craziest thing I’ve ever heard in my entire life!

Could you say that again? I didn’t catch any of that…

Dion: I know him so well that I knew what he was doing as soon as that started happening.

Oliver: Just basically make up whatever story you want.

I think that’s really everything I wanted to hit upon. Anything else you would like to say to readers of Psychedelic Baby Magazine?

Dion: Don’t give up.

Oliver: Stay away from cockroach poison.

Alright! Thanks guys – I’ll see you at your show tomorrow night!