Interview with John Dieterich (of Deerhoof)

Interview with John Dieterich (of Deerhoof)

While the hypothetical range of what the listener might expect from a record of free-improvised guitar playing is understandably gigantic, it’s not very often that what is heard so easily navigates across such a vast terrain.

In their most often observed environments (Dorji’s relentlessly frequent solo and collaborative releases, Dieterich in the untamable and uniquely enchanting Deerhoof), both artists regularly redefine both themselves and what ‘guitar’ playing may or may not be. On Midden, there is communication and expression that transcends the notion that two people can simply cross paths and play guitar together. Plenty of people do this, but few intersect so naturally and comfortably in this abstract of a context. While captured in the live setting, Midden is not the result of weeks of touring, fine tuning ideas and patterns. Instead, the LP is merely a document which archives the final of three chance meetings, in which two people engage in a natural dialog that at times is jagged and jarring while at others is mesmerizing and beautiful. Unpredictable yet completely organic, such a language is a joy to hear.

How did collaboration with Tashi Dorji for Midden come about?

John Dieterich: A mutual friend asked me to help find a show in New Mexico for Tashi. I had never heard his music so I sought some of it out and immediately connected. I then managed to wriggle my way onto 3 of the shows with him. We played duos at each of them. The recording is from the third show, in Phoenix.

I have no usual approach, to be honest. I tend to collaborate with people, so a lot of it is about the feeling of that particular collaboration, getting together with people and seeing where we have mutual interests.

Can you share some further details how Midden was recorded?

We played in a really great church in Phoenix called Trunk Space with James Fella and Warm Climate, both of which were fantastic. Each of the previous nights had been quite interesting, but for me this was the best show we played. The space sounded great, and the audience was incredible. Just a special show.

It’s generally pretty jagged, with lots of little holes in it.

On Midden, there is communication and expression that transcends the notion that two people can simply cross paths and play guitar together.

One of the reasons I wanted to play with Tashi in the first place was that I recognized his language immediately and could see our languages working together. It’s certainly not common for me. I like playing with all sort of different musicians, but there was something in Tashi’s playing that I connected with in a unique way, so it was a pleasure to get to mine that world with him.

Turn it up! Make it sound good! (actually not joking)

The aforementioned James Fella, who played a lovely solo set on the show, also made the flyer for the show, which was and remains universally loved by all who saw it. So, the cover is an adaptation of that art. James also runs Gilgongo, who collaborated with Moone Records on the release. 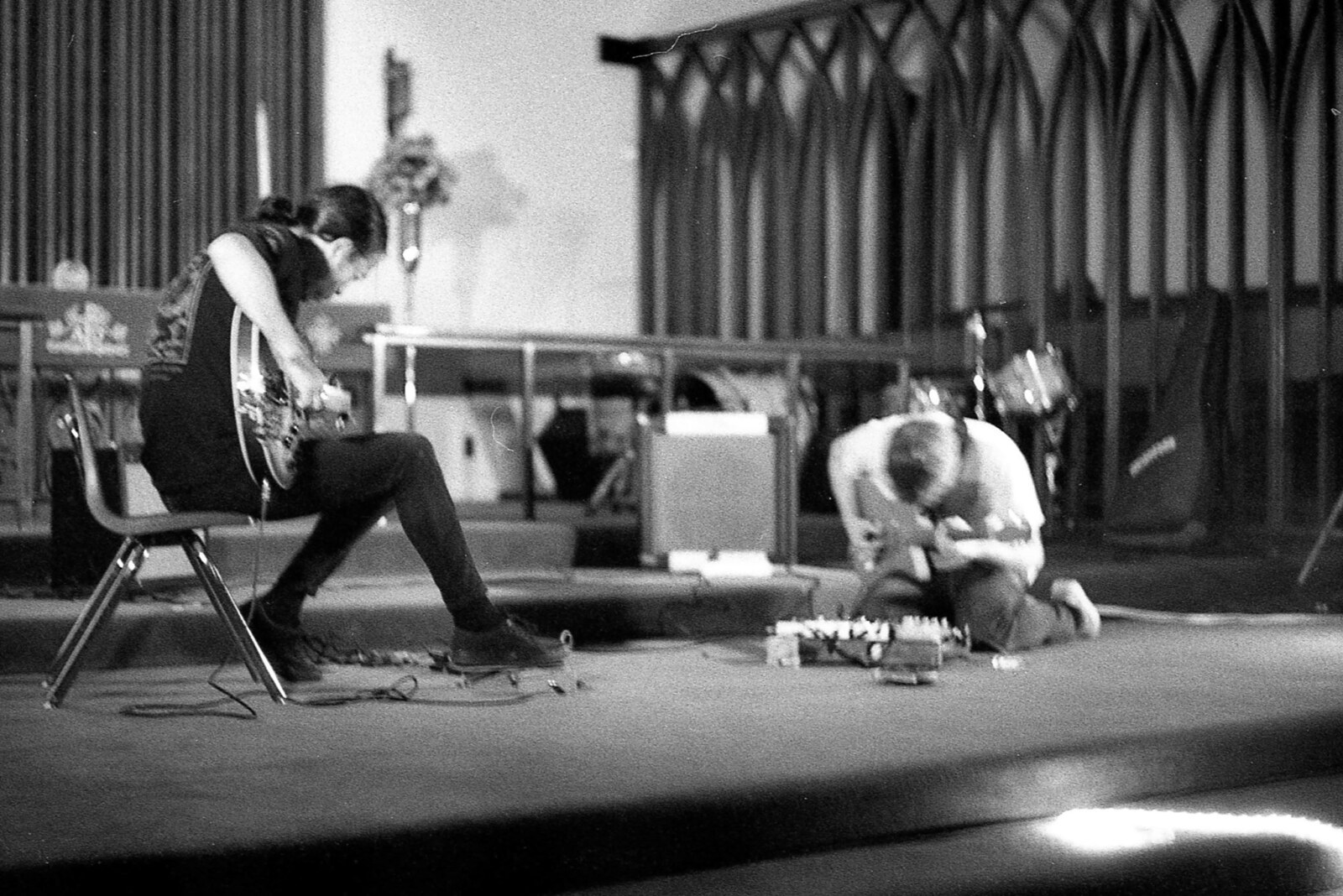 I discovered this great record called Teemanttee by an Estonian musician named Threes and Will a while back. Strange beautifully sculpted noise pieces. Highly recommended. I recently have been revisiting a great record by Charlie Haden and Portugues fado guitarist Carlos Paredes called Dialogues. Such an incredible album. Charlie Haden is hearing a lot of the material for the first time and just reacting in the moment, and it’s quite free. I’ve also been listening to this incredible album called Light and Heavy Industry by Alessandro Alessandroni. Very strange broken-sounding repetitive DI guitar library music.

Moone Records and Gilgongo Records have teamed up to release this incredible LP with the legendary Tashi Dorji & John Dieterich (of Deerhoof).