There’s some choice dialogue in response to a rock band performance in Russ Meyer’s 1970 classic of outrageous cinema, Beyond the Valley of the Dolls. In the film, the fictitious band, The Carrie Nations, is an all-girl trio just getting their start in L.A. They put on an impromptu show at a swinging party attended by societal high rollers. After they come off the stage, the fête’s host congratulates them by stating to one member, “You were a thunderstorm.” And another partygoer declares of the group, “They were heavy.”

Someone who has just taken in Veils of Winter, the sophomore album by Portland, Oregon’s Blackwater Holylight, might feel inclined to compliment the band by saying that on the record they sound like a heavy thunderstorm. But Blackwater Holylight are not a made-up group. And they’re not a camp phenomenon, like The Carrie Nations. They’re an actual, outstanding heavy rock band.

The group’s self-titled debut from 2018 is a gem of hard driving material. They sound fully self-assured on that album, musically wise beyond their time together. The immediately affecting songs on their initial release are propelled by expert guitar work that sometimes comes in the form of walls of sludge and other times as snaky lead lines. Their debut also features inventive, sometimes playfully witchy vocal melodies. You feel like you’re hearing “Lucifer Sam” Pink Floyd, “Width of a Circle” Bowie, and early Sabbath, channeled through the best examples of vintage Seattle grunge. But whatever influences a listener might feel like they can detect from that album, or its follow-up, Blackwater Holylight doesn’t sound just like anybody else; they just sound like themselves. 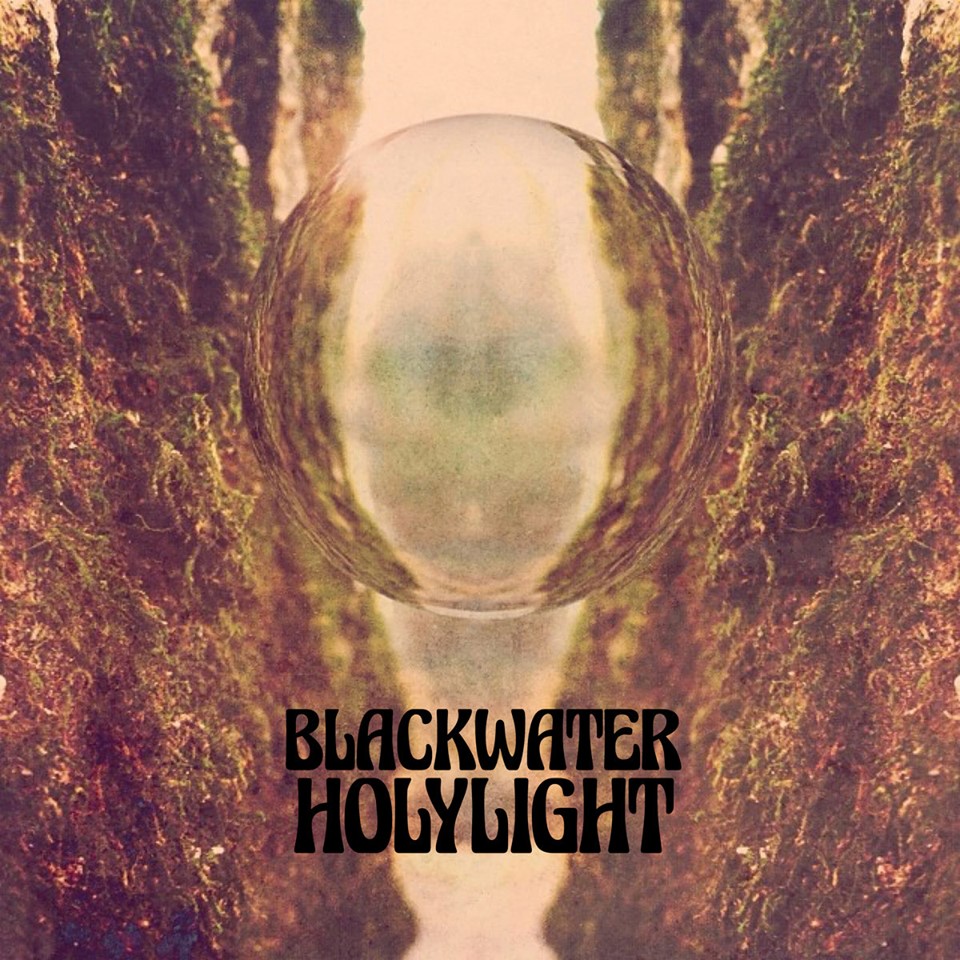 “We had been playing together for a little less than a year before we started recording the first record,” explains Allison (Sunny) Faris, the band’s bass player and one of its vocalists, when asked about Blackwater Holylight’s history. And on them getting linked up to their label, RidingEasy Records, she says, “We connected to RidingEasy through manifest destiny and good timing. Basically, we had it in mind we wanted to work with them, and they happened to see our email at the right place and time… It was surely meant to be, for both of us.”

There were slight changes in band personnel between albums one and two, one original member gone and two new players added. Faris describes how these shifts came about: “Like anything, this project has grown and changed as naturally as anything does. We have all been through a lot through the years and the music reflects it. It’s just growth. We added our second guitarist Mikayla Mayhew last summer, knowing we had always wanted that addition but never knowing who until we met her. We knew right off the bat she was perfect for what we are doing and couldn’t be more pleased to have her. It was basically the same with our new drummer, Eliese Dorsay. She just fell in our laps and has been a blessing for us and the project all around.” 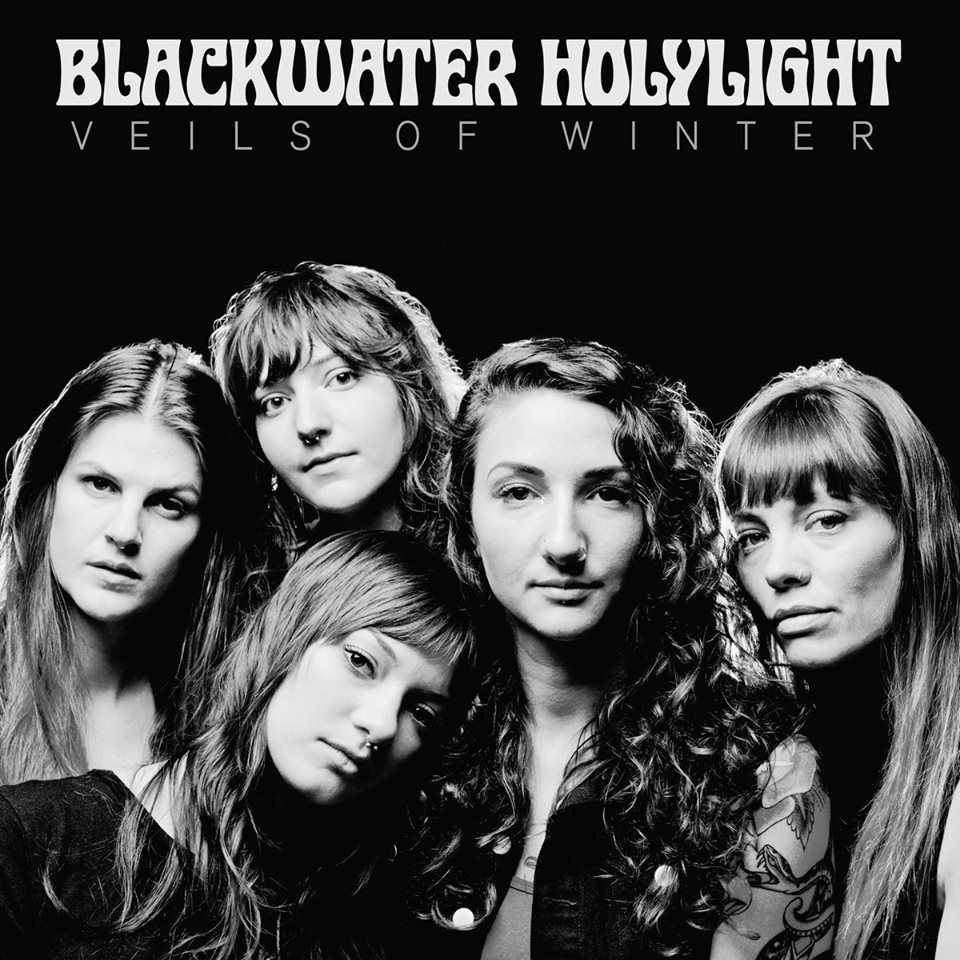 Veils of Winter isn’t a complete departure from the band’s first long player. The sound is still largely driven by hard guitar that’s sometimes slithery and other times bombastic. Listening to it still sometimes makes you feel like you’re in a dream in which you’re effortlessly driving a truck right through a mudslide, in hazy slow motion. But there are nuances that separate the two albums. The rolling thunder, unhurried sludge feel that was an occasional departure on Blackwater Holylight, is more of a constant on the new record. And “Death Realms,” the prize of Veils of Winter, is a different approach for the group, with its shimmery, glazed vocals and instrumentation; it’s dreamy and impressionistic in a way that will please fans of My Bloody Valentine and their ilk. Something else that distinguishes the two releases from each other is that the making of the debut was spread out over a year’s time, whereas the forthcoming album was put together in just a couple of weeks.

“We wanted to record the album in a matter of weeks to maintain focus on what we were doing,” Faris tells when queried about that difference between the recording time spans on the two releases. “And to have consistency through each track. Not all the material was ready, so we did a lot of writing in the studio. It didn’t feel forced by any means, we just gave ourselves a space to be creative and be together and with our engineer, Dylan White.”

A few tracks from the new album sound like they could be the music playing during the opening ceremonies of an early dawn ritualistic gathering attended by cosmically attuned gnostic heads. “Motorcycle,” another big highlight, contains the best of both Blackwater Holylight worlds: pleasingly heavy guitar and an alluring vocal melody. On the whole, the debut album has a few more standout individual songs that you’d want to pluck out and include on a mixtape/playlist for your friends. The new one, meanwhile, and to Faris’s point above, is more consistent and cohesive.

Faris has gone on record to state that Veils of Winter was a fully collaborative band effort for the band, all five current members contributing their own visions to bring about the end result. Asked if their first release was less of a true group effort, she tells, “The first album was still collaborative, but much more under the direction of specific ideas birthed by me and Laura {Hopkins, guitarist/vocal}. The new album is a collection of sounds we all saw as a whole, but we gave each other space to be individuals, creating a lot of freedom and space sonically for one another to be who we are and try whatever we wanted.”

What they tried worked quite well.

Veils of Winter will be released on October 11, on RidingEasy Records.

Blackwater Holylight has current and upcoming tour dates, playing with Thou and Monolord, respectively.