The self-titled debut album of Lead from 2017 is a mysterious mix of playful music concrète and rhythmic lo-fi noises.

Lead is two of us, Steve Kado and Amy Howden-Chapman. We are both artists and writers during the day. Lead is our night job. We meet almost a decade ago now at CalArts outside of LA. Steve is from Toronto originally and Amy is from New Zealand, these days Steve lives in Los Angeles and Amy lives in New York so we only get to make music together on rare evenings when we find ourselves in the same city.

Before we made music together we would collaborate together on different art stuff, performances and exhibitions about climate change. Lead naturally grew out of making noise together in a space. We’ve done two concerts, one in Toronto and one in Los Angeles. We also just finished a second LP that Radical Documents is going to put out in the summer, it’s a bit more hi-fi than the last one (there’s more bass) so in some ways we’re just like all the other bands on earth. Playing shows, putting out records…

Your debut album contains very little information, so I’ll have to ask. When and where did you make this record?

The album is recorded in Steve’s studio near MacArthur Park in Los Angeles. The police sirens are from the street below. It’s a great part of the city, with lots of good places to buy pupusas.

Why is there so little information on the album itself? No line-up, no recording information, no song titles.

We didn’t set out to make an album, we just wanted to spend time together making music. The album just came naturally and through the support of Radical Documents. During the rest of our lives we spend a lot of time trying to precisely name and analyse the problems in the world –colonialism, the climate crisis, inequality, the effect of technology on us as artists, as humans- so it’s nice to have moments working in an abstract way, working outside of language. And being mysterious is also fun. 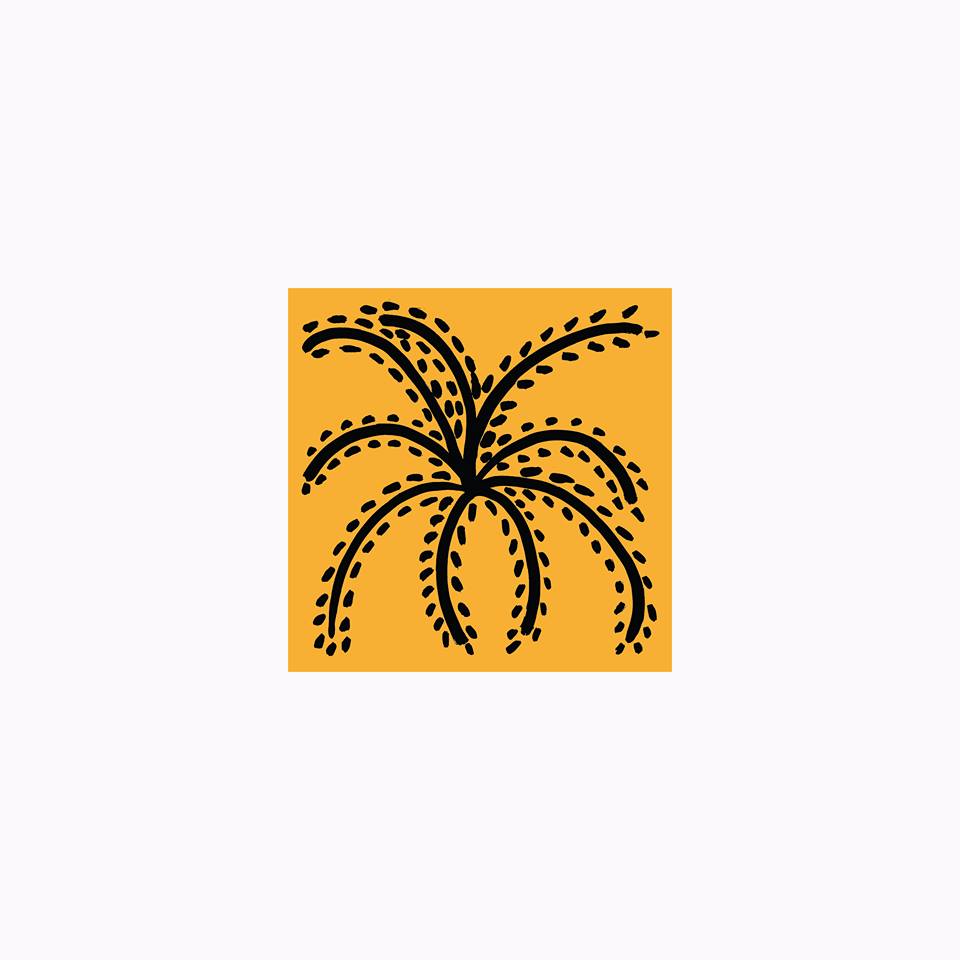 The A-side of the records contains several shorter pieces. These pieces sound often more like little ideas, playful experiments, more than really worked out tracks. Is this close to the truth?

The whole album is improvised. Really working things out can kill them. Some things came together and then broke apart really quickly and some things lasted longer.

“A set of sounds that conveyed the mood of drinking a lot of coffee and hanging out with your friend.”

My favourite tracks are the ones that sound like home-made toy techno. They sound like a mix between early Aphex Twin (The R&S years) and The Shadow Ring. What were you trying to do on these tracks? Making dance music, but with acoustic instruments?

We were trying to make a set of sounds that conveyed the mood of drinking a lot of coffee and hanging out with your friend. I think an important point is that we’re not so much choosing instrumentation based on aiming towards a goal but more like with the materials we have at hand trying to find paths to explore within. It’d be fun to try and make some more focused dance music though, at least once, to see what that’s like.

The B-side is a sidelong track, which reminds of Alice Coltrane or Charlemagne Palestine, especially in the way you use the vocals, but also of the new weird folk from 15 years ago, things like Avarus or Sunburned Hand of the Man or even Vibracatherdal Orchestra.

Alice Coltrane is a god, so yes she is always an influence. Also, Avarus, KY, Es and the whole Tampere Finnish scene was also really inspiring back in the day. But Alice Coltrane, David Behrman & AMM aside Roxy Music, The Clean and The Homosexuals are probably more like the music we listen to in our day-to-day lives. There’s an AM oldies station in LA that plays amazing disco and funk on the weekend.