Bees Made Honey in the Vein Tree interview

Bees Made Honey in the Vein Tree interview

Bees Made Honey In The Vein Tree is a psychedelic/doom/shoegaze band from Stuttgart, Germany. Founded in 2014, the contrast between bright and eerie, beautiful and heavy, quickly became an inseparable part of their sound. Their compositions combine crushing doom riffs with spherical shoegaze, post- and psychedelic rock. The questions were answered by the guitarist and singer Simon Weinrich.

Who’s in Bees Made Honey in the Vein Tree and what do you all play? Have you all made any changes to the lineup since you started or is this the original lineup?

BEES MADE HONEY IN THE VEIN TREE consists of:

The other guys started playing together without me, and I joined them in 2014. Since then our lineup has not changed. At first I was the sole lead guitarist, but eventually the lines started to blur a bit. Now you can also hear lead parts from Lucas; we both have a very different style and sound. On Grandmother you can hear this very clearly, because all my parts are panned left and Lucas parts are panned right. In 2015 Marc and I started contributing vocals to our music, “Every Night I Walk the Same Trail of Thought” was our first song to feature vocals.

That is difficult to say, but the music that has stayed with me from my childhood is Simon and Garfunkel, and also the solo material from Paul Simon.

The name goes back to a painting I made for our rehearsal space (I also painted the bee on the cover of our first record). When we were looking at the painting, we thought of the words “bee”, “honey(comb)”, “vein” and “tree”. As a joke, I put them into the phrase from Earth’s record, and it stuck. We considered changing our name, even when we were in the studio recording Medicine, but finally decided to keep our name.

I think the name has worked out great for us, and since most people in our genre know Earth, it’s easy for them to remember our name. The only thing that confuses me is when people start comparing our music to Earth, because our music does not resemble Earth at all.

Of course we all enjoy Lion’s Skull, although I actually prefer their earlier material.

The songwriting process strongly resembles our song structures. Most of the time we jam until we come up with a part or a riff and build it from there. Sometimes the part we started with ends up in the middle, sometimes we end up not using it. At some point we consider the song finished, or long enough. For the lyrics, I first start singing what ever comes to mind, and later expand on that, or rewrite the lyrics. I would describe my way of writing lyrics as highly intuitive and imagistic, most of my lyrics don’t make sense in a narrative or logical sense but focus more on the imaginative potential of words or phrases.

Can you share some further details how your latest album Grandmother was recorded and released?

Like Medicine, the instrumentals for Grandmother were recorded live in one room with a few overdubs. Additionally, we recorded the guitar direct, before all the effects. These tracks were then played through a different set of effect pedals into a small amp. This is where the dense layers come from. Even I have problems discerning what is going on sonically on this record. For the drums, we did some overdubs, most notably on “Cinitus” where we doubled the faster part in a different room with a very minimal drum setup. And there is also a chain in the first part of the song.

The vocals were recorded with two microphones, with one of them running through guitar pedals into a keyboard amp.

A lot of these effect pedals were kindly loaned to us by Andy, the owner of Effekt Boutique in our home town, Ostfildern. 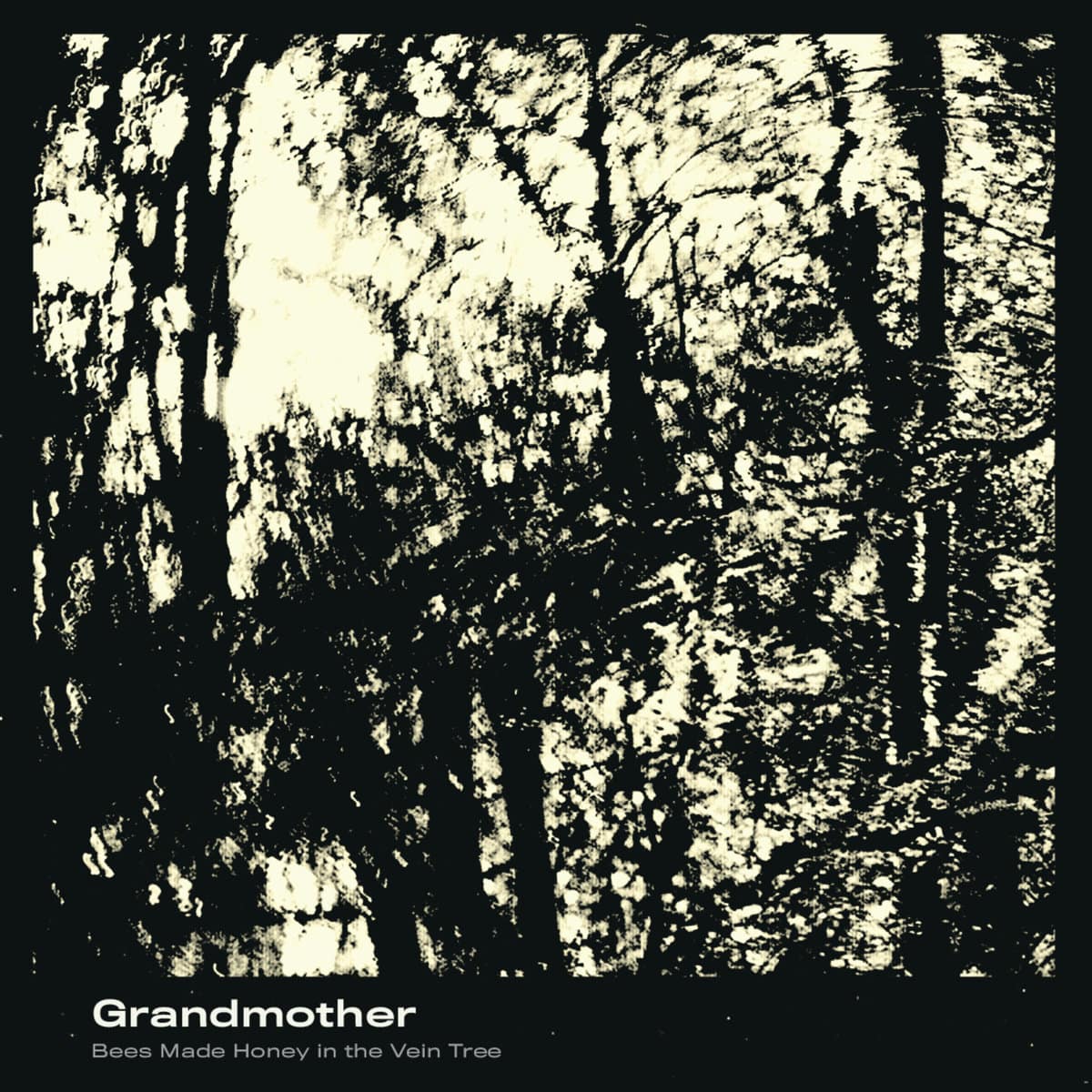 The mixdown and mastering were done in hybrid, using both computer plugins and lots of analog and digital outboard gear, and mixed down to stereo with an analog mixing desk. This is what our audio engineer Ralv Milberg is best known for, and which always imprints a special character into the sound.

Like Medicine, we released Grandmother through Pink Tank Records, a label from northern Germany. It is available on vinyl, CD, and also digitally.

How would you compare it to your debut album?

Compared to Medicine, Grandmother is definitely heavier, and maybe not as catchy. A lot of people described it as darker than Medicine, but it also has more ecstatic moments. Grandmother sounds nastier, but at the same time more refined, and more dynamic. The additional time we spent on reampings and overdubs is noticeable, in that the record does not sound as sparse as the first one.

Because we did not use sound proofing around the drum set, we had a lot more microphone bleed on Grandmother, which you can hear when you compare both records. A lot of people try to avoid microphone bleed, but I love this sound. 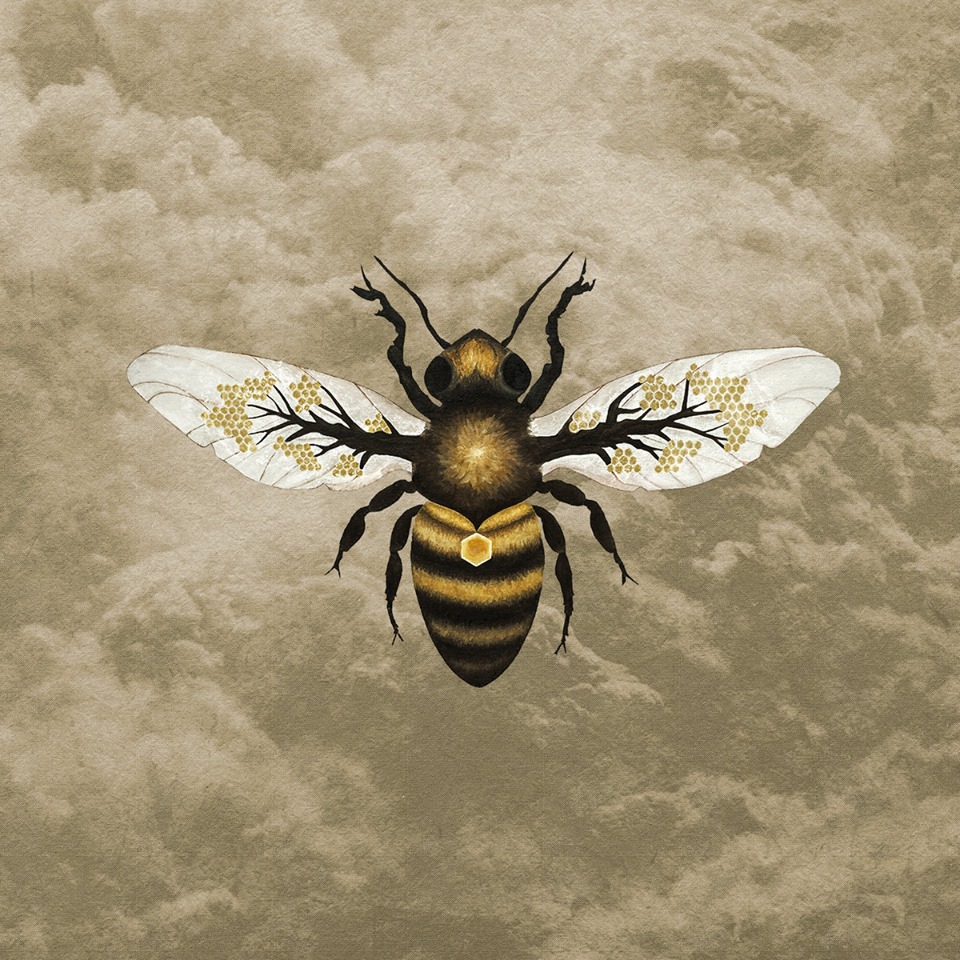 What’s currently on your turntable?

I personally (the only one in the band, haha) am a gigantic SWANS fan, I enjoy practically everything in their long discography. Other than that I often listen to studio live sessions like KEXP.

Some other favorites are MF DOOM, Devendra Banhart, Volcano Choir and Human Abfall, as well as the obligatory Electric Wizard and Sleep.

Right now we are planning a tour for later this year. Apart from that, we are continuing writing new material. We are also considering releasing other stuff before our next studio album, so stay tuned! Our drummer Marc organizes a festival in our hometown, called Eastfilly Fest, in which we are all involved in some way or other. We will also be performing at Eastfilly Fest this year.

Thank you as well. I just want to encourage people to come to one of our shows and to bring earplugs.

Bees Made Honey in the Vein TreeInterviewKlemen Breznikar