‘Svensk Sommar I Stilla Frid’ is a beautiful ambient record, made by Gothenburg based elementary school teacher Mattias Andersson.

Mattias Andersson: I live in Gothenburg which is the second largest city in Sweden. I’m originally from the countryside but have been living here since 2003. I’m working as a teacher in an elementary school and also run two small labels on my spare time, I Dischi Del Barone which is focused on short-run 7″s and Fördämning Arkiv which is dedicated to reissues and archival releases.

I started buying records early on and got into punk rock when I was pretty young thanks to older friends and skateboard videos. It all went downhill from there I guess.

When it comes to my own musical endeavors, I was a late bloomer. I had a duo called Källarbarnen with Sofie Herner which was a very short-lived project, it was always more an idea than an actual ‘band0 but we did a few recordings and live shows around 2009-2010. Then I started Heinz Hopf with Dan Johansson of Sewer Election in 2010, barely breathing no frills harsh noise that still somehow lives on. I’m also a member of Enhet För Fri Musik nowdays. Life is pretty good.

I really enjoyed your ambient album ‘Svensk Sommar I Stilla Frid’ from last year, but it was way different from your older work, which was more noise.

People still associate Arv & Miljö with harsh noise or whatever, though the last straight out noise thing I did was the ‘Antropocen’ album recorded in 2012. I don’t mind, really, and the contrast between that album and ‘Svensk Sommar I Stilla Frid’ is of course big, but I also made two albums between those two that doesn’t really sound like anything else in the discography either.

How did you evolve from noise to ambient?

I haven’t really thought about it as an evolution, I just see no point in recording the same album over and over again. It’s boring. I’ve always loved bands and labels that you never really know where they are heading next. To me it’s very important to be able to do whatever I want and feel for in that particular moment, I never really understood the need of creating a new moniker or whatever as soon as something sounds a little bit different. Usually all these low-run in between releases (cassettes, CD-rs, compilation appearances) works as transition pieces, to me they are often like unrefined sketches and what ends up as a finished album are the fully progressed end result of these recordings. My personal challenge in this is to maintain some kind of Arv & Miljö ‘sound’ while still exploring new sounds and techniques. And in the end it’s always more about a certain atmosphere and/or feeling than actual sound.

Are you influenced by ‘krautrock’?

For ‘Svensk Sommar I Stilla Frid’ it certainly was, no question about it. I’ve been listening a lot to the big names of the past, but around the time I recorded this album I listened a lot to weirder home-recorded fucked up fringe stuff like the Demon & Wizard’s ‘Evil Possessor’ LP and the Don Bradshaw-Leather double LP ‘Distance Between Us’.

The Swedish names mentioned in the press release were a huge influence too, yes. I never been a big fan of Ralph Lundsten but I love how he somehow manages to capture the very essence of this country in sound even if it is a track about space. I get all nostalgic when I hear his music, and not because I grow up with it because I didn’t. I have a similar relation to Bo Hansson as well. I would also like to mention the Swedish composer Björn Isfält and his soundtracks to A Swedish Love Story and The Brothers Lionheart, ‘Bertils Theme’ has been a blueprint.

Can you tell me how you made ‘Svensk Sommar I Stilla Frid’?

All the synth stuff was recorded to a 4-track cassette recorder. I just “jammed” and recorded several hours of material and then picked out the pieces that fitted what I had in mind the best. I’m not a musician, I really can’t play any instruments, it’s all about good feeling. As soon as I get too comfortable with a certain piece of equipment I tend to grow tired of it, which is probably also a big part of why Arv & Miljö recordings differs so much from each other. The more time I spend with something the shittier it usually sounds.

I never really liked the actual recording procedure, what I enjoy is the final mixing. Creating something coherent from a big palette of different sounds, seeing it all coming together. The whole album is more about evoking a certain feeling than how it actually sounds, I can’t answer if I succeeded with that but I’m quite satisfied with how the album turned out. 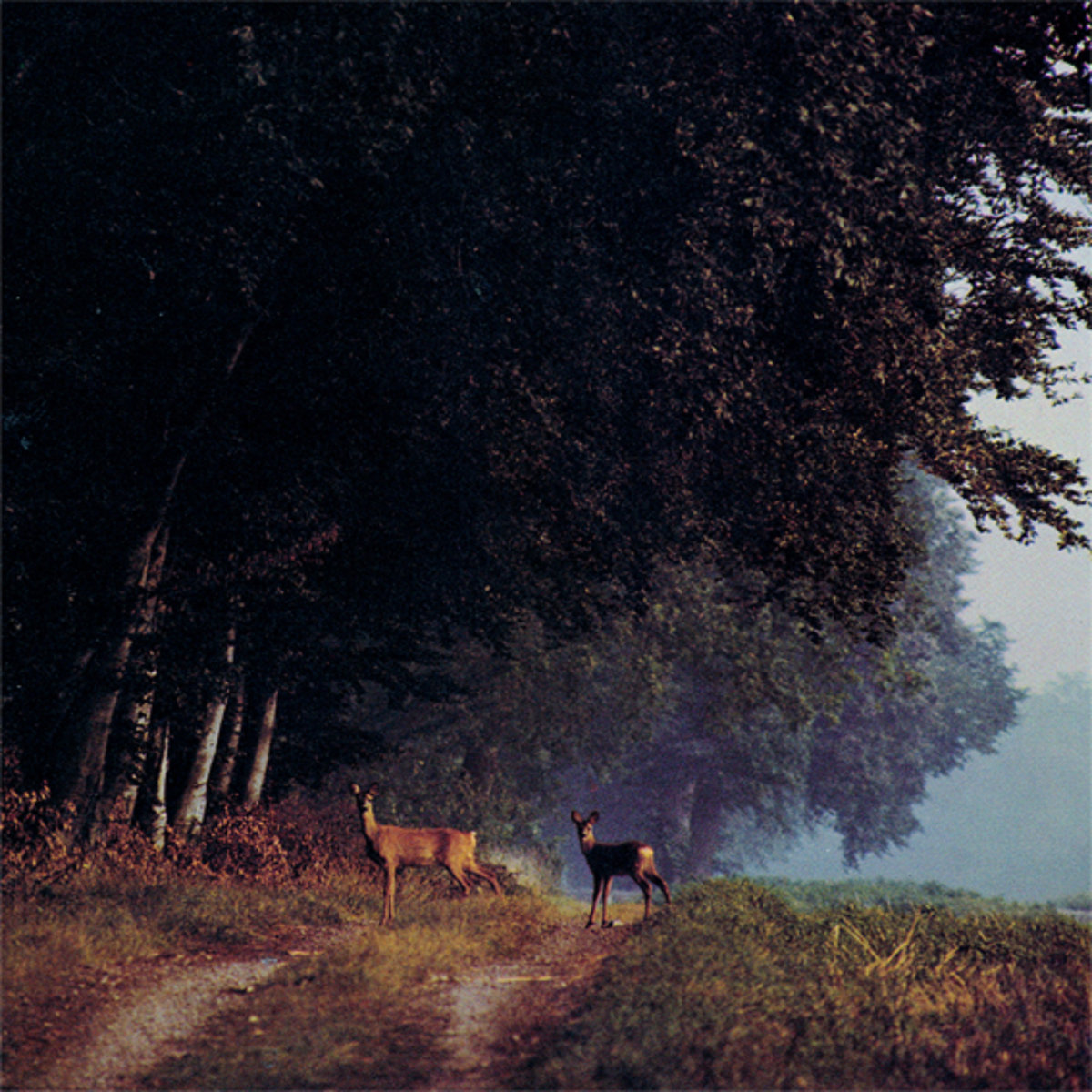 What does the title of the album mean?

‘Svensk Sommar I Stilla Frid’ translates to something akin to ‘Swedish Summer In Peaceful Harmony’. The line was lifted from a Swedish poem from the early 1900s I believe, but I can’t remember the name of the poet.

Is this album a home recording?

Very much so, with a very spare use of additional field recordings made on a few different locations in Gothenburg.

I like the album cover. Where is this picture taken? Did you make the picture yourself?

It’s a photo taken from a book called ‘Om hjortdjur och deras horn’, it’s about Swedish deers and was published in 1979. Seeing that photo was instantly like “Alright, there’s the album cover!”